Those shares you purchased 20 years ago finally paying off? Won the lottery recently? A wealthy relative passed away? If so, then check out these machines that are worth more than most houses. 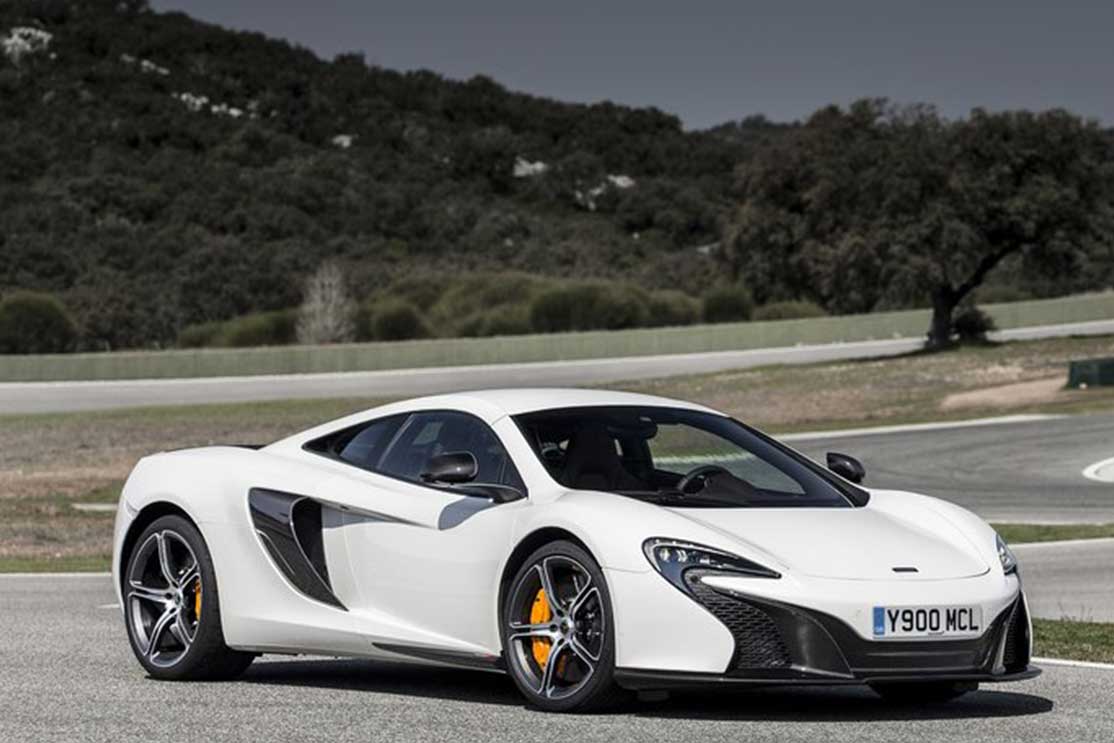 Where luxury vehicles add as many buttons, bobs and bits as possible, supercars tend to take most of them out. Still, you’d be pardoned for feeling a little ripped off when the door to a 650S is first opened, as the interior is so sports focused it’s almost Spartan. However, the performance enthusiast would be enraptured with the clean lines, the deep cosseting tub of a cockpit, and the simple purity. In contrast, the outside is futuristic and striking, and with not many on the road the head-swivel factor as one drives past is neck-cracking. 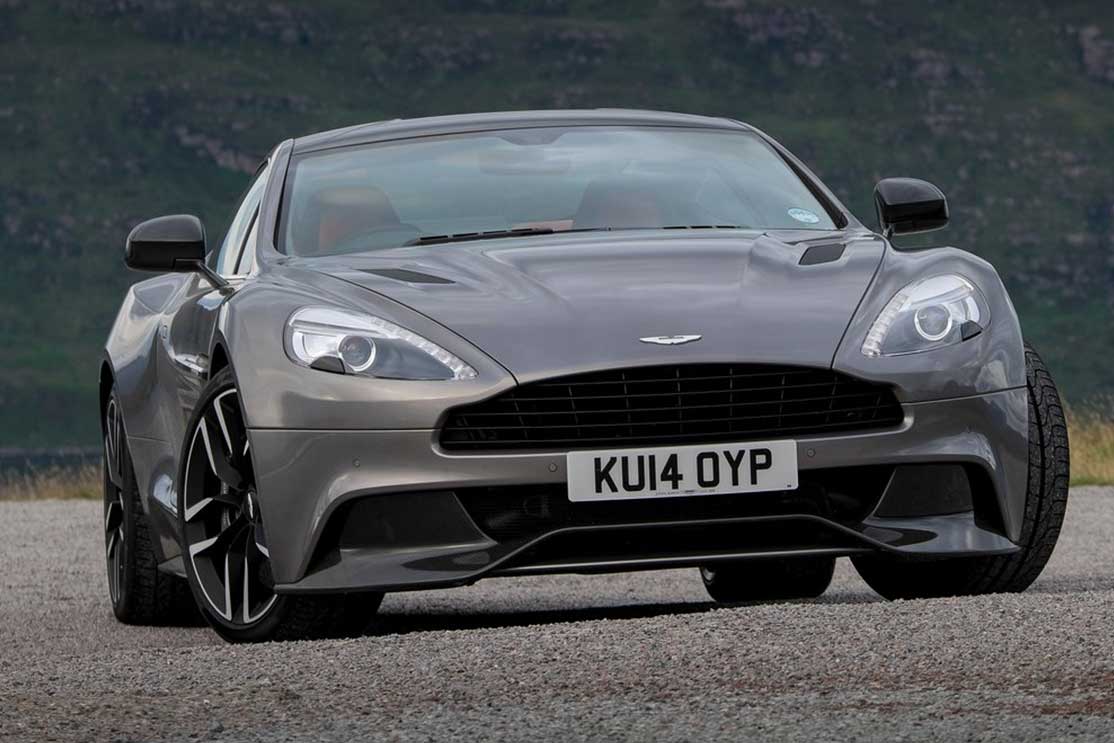 In keeping up with the Joneses, the Vanquish has been upgraded to a swifter and sleeker beast in 2015 with engineers reducing its 0-100km/h sprint by a full half-second – eons in Supercar terms – to 3.8 seconds. This makes it the fastest Aston in 100 years – making Bond chase scenes even better. 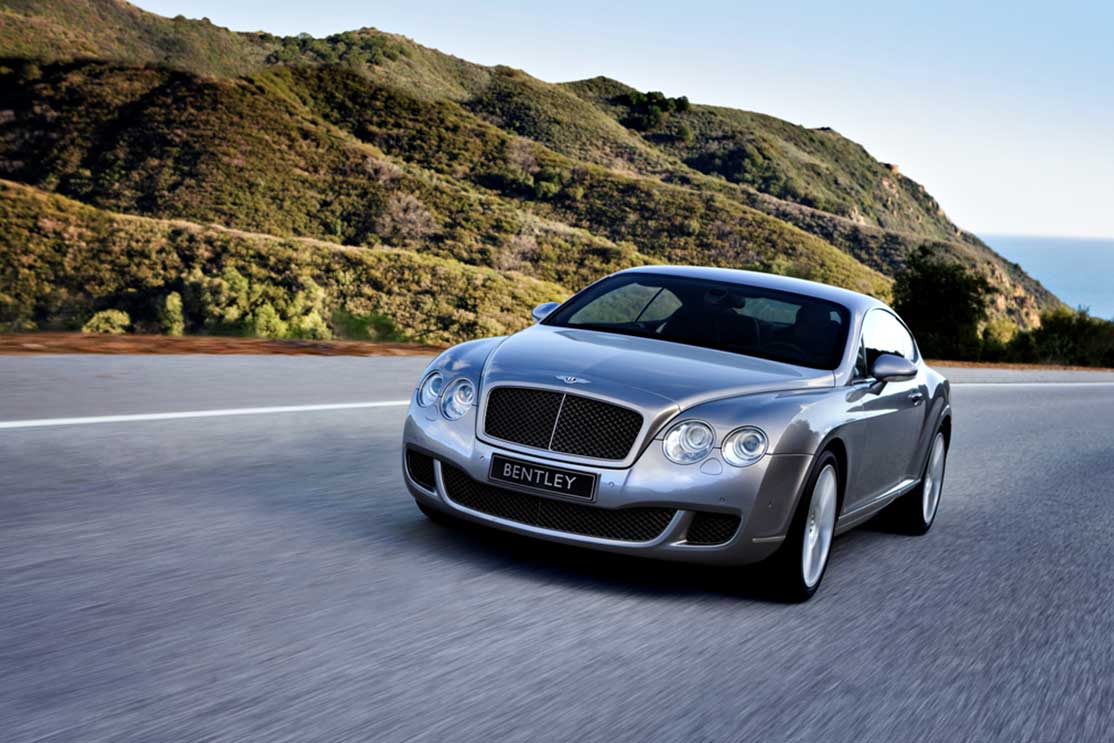 An elegant and enduring design, the Continental GT is Bentley’s iconic two-door coupe. Its shape has endured for more than 10 years and there’s no sign of sales abating. This is mainly due to Bentley adding different model designations and specifications, and twiddling with power and aero to present buyers with different and delicious iterations of the GT; from the standard car, to the Speed, to the GTC (a convertible). Speedy options including carbon brakes and the carbonfibre sports pack cost almost $37K on the ‘standard’ car, so one may consider the hyper GT Speed version a bit of a bargain at $534,400. 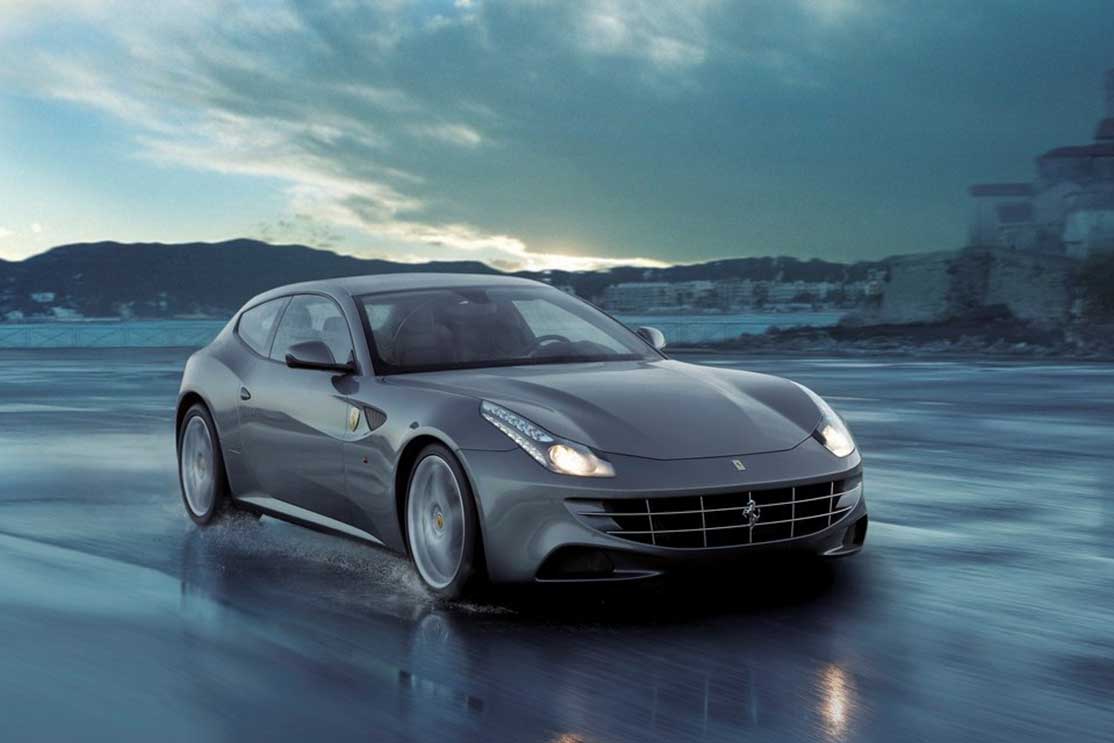 If you want to make a statement and don’t mind a supercar that garners polarising reactions from all and sundry, then the FF is for you. Nicknamed the Breadvan, the Clown Shoe, and other derogatory monikers, this design style has always created a stir. With a long nose and stumped, bulbous rear, the FF is Ferrari’s four-seater sportscar, and one has to admire the point of difference and practicality the latter offers. 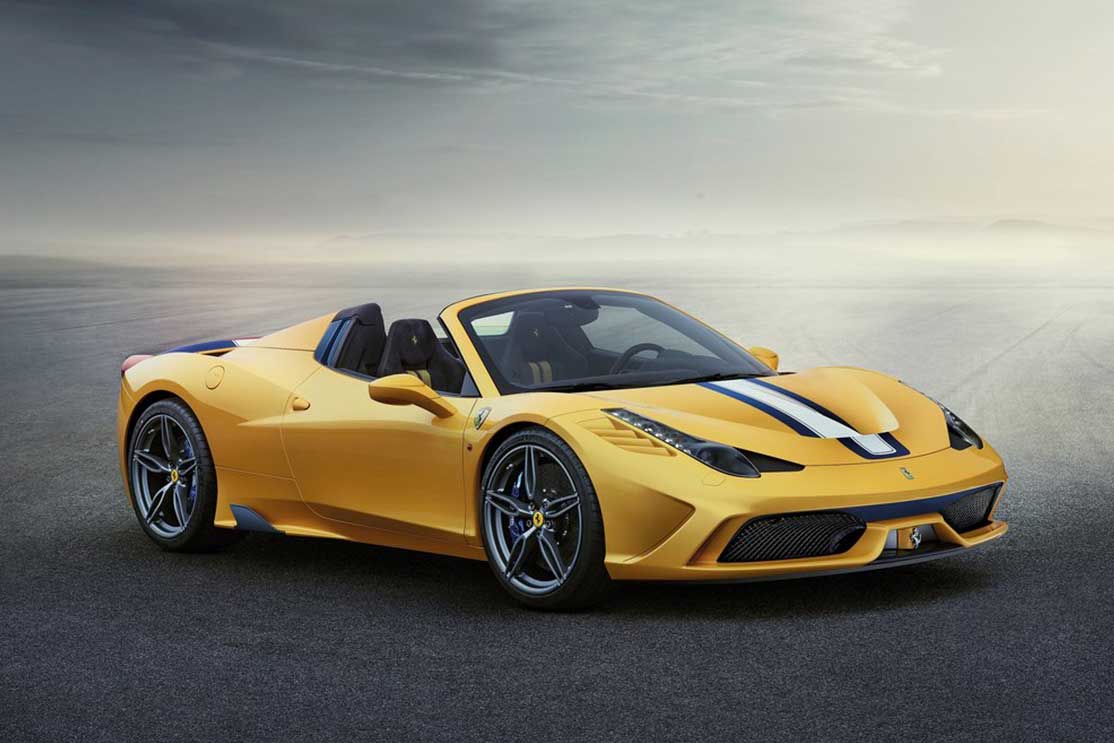 If the 458 isn’t special enough Ferrari offers a more extreme version of its mid-engined sportscar, the Speciale. Additions include a hyperactive engine tune for more power, extra aero to stick it to the road, and big money extras such as racing stripes for nearly $20,000. The overall price tag is high for a car that doesn’t even have carpet (to save on weight), but one should never cover up carbonfibre anyway. 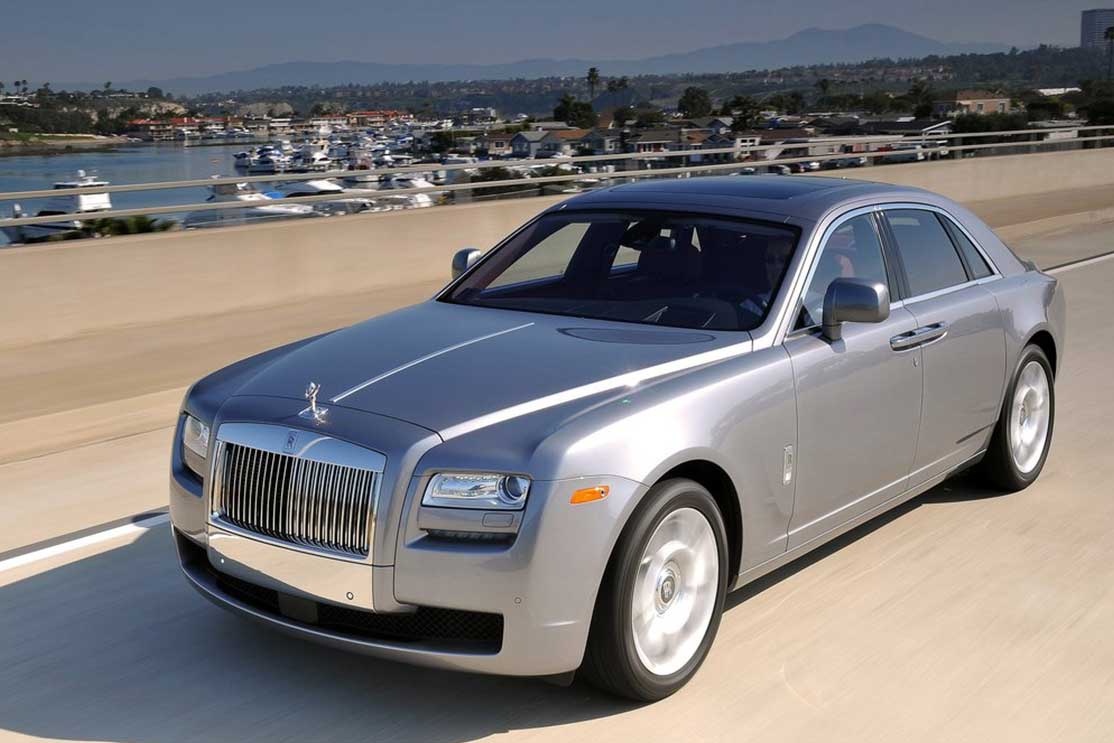 Believe it or not, the Ghost is an entry-level sedan. It may share a bit of DNA with BMW’s 7-Series, but there’s a reason it carries a $400,000 price premium over the German limo. With bespoke everything, countless upgrade options to bring it up to Phantom spec, and the red carpet appeal of suicide rear doors, it is one of the most luxurious ‘bog standard base models’ on the planet. 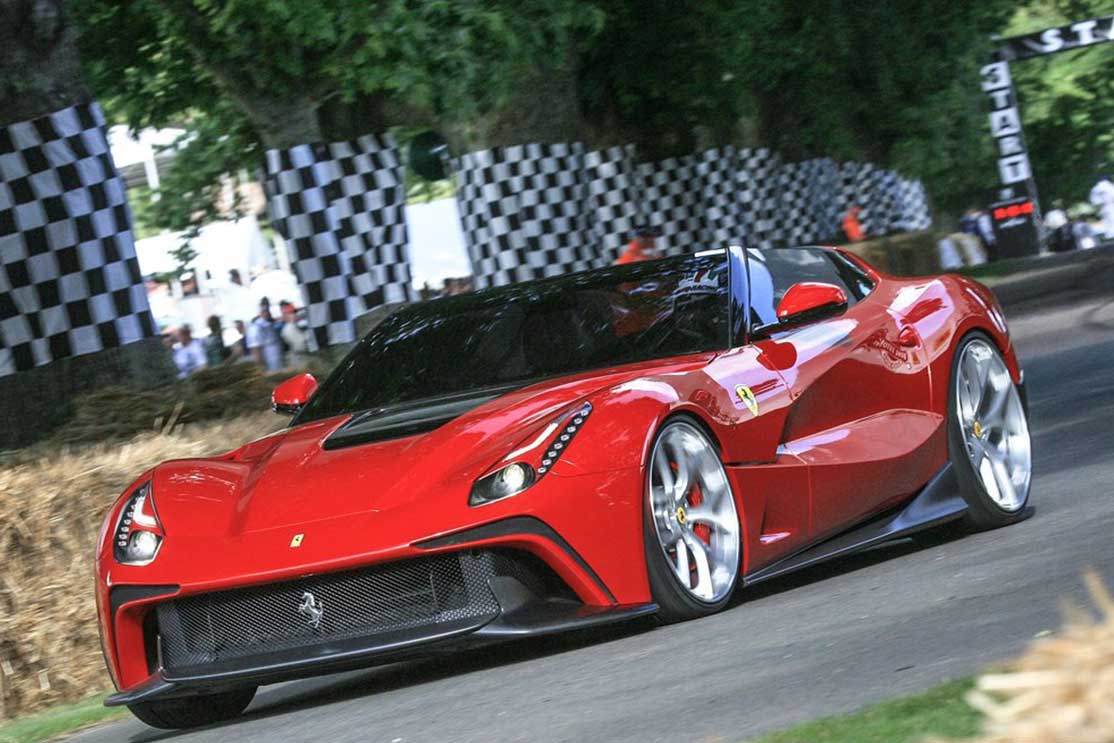 THE F12berlinetta is an edgy, lowly-slung pony with a V12 engine under its long snout and a stunning sound emanating from the pipes in its pert rear. The nose features air funnels – dubbed an Aero Bridge by the Italian carmaker – which push air along the nose and down onto the rear, removing the need for big wings and spoilers and giving it a whippet-lean look. It also packs 545kW. 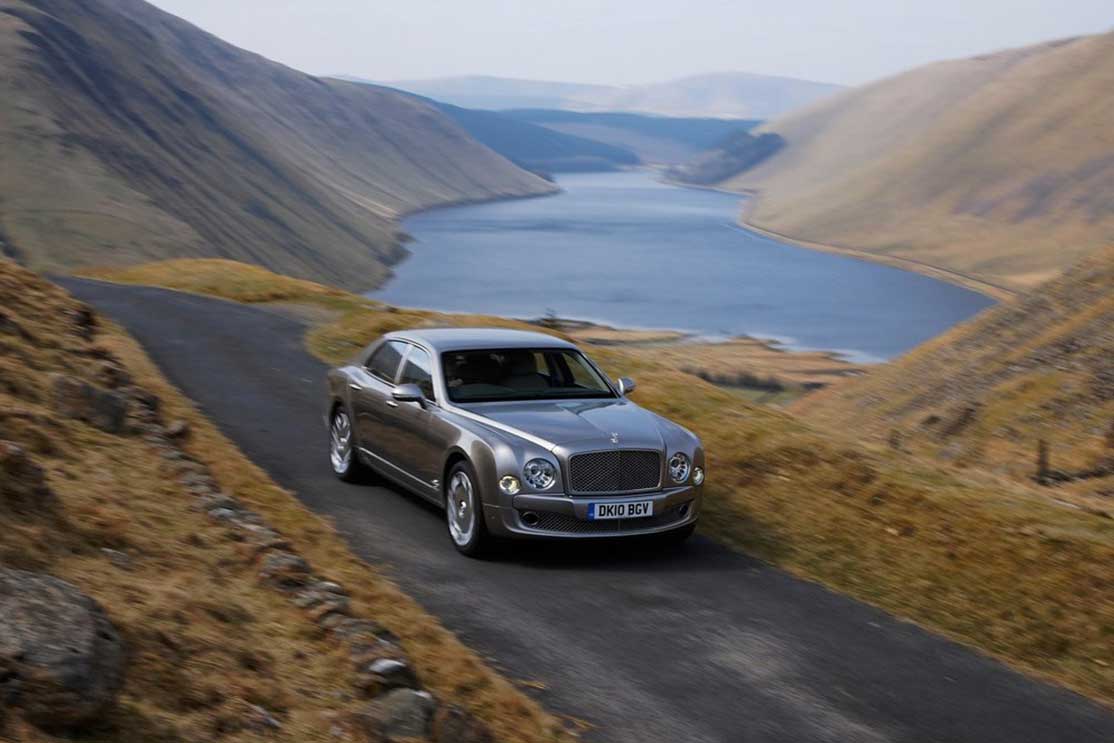 Like the Rolls-Royce and other bespoke marques, the Bentley Mulsanne is hand-built with both modern and old-school tools, taking about two months to complete from bare bones. Only 1000 Mulsannes are made each year due to this coachbuilding process, attributing to both its exclusivity and to its extravagant price tag. The Mulsanne Speed sits atop the range. 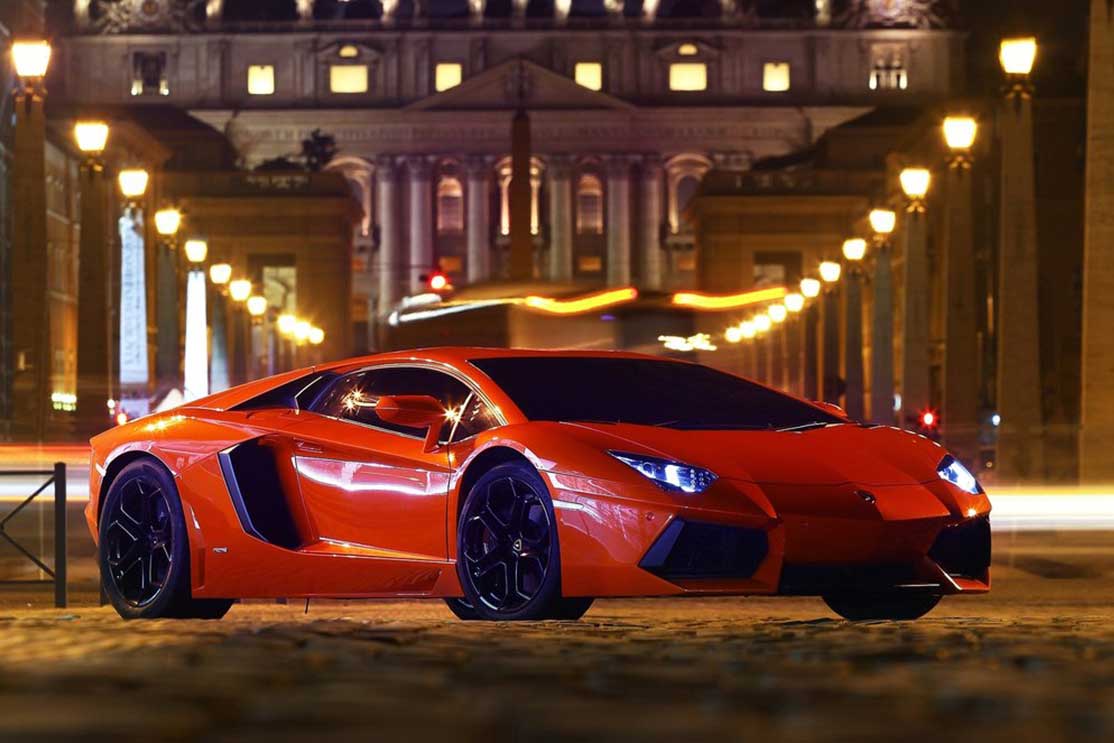 Inspired by the design of the stealth bomber and named after a famous fighting bull, the Aventador is the epitome of a supercar. With sharp angles and flat planes wedging the car into the air, the powerful V12 will all-wheel drive can cut 0-100km/h in less than three seconds. You’re not just paying for a pretty face. 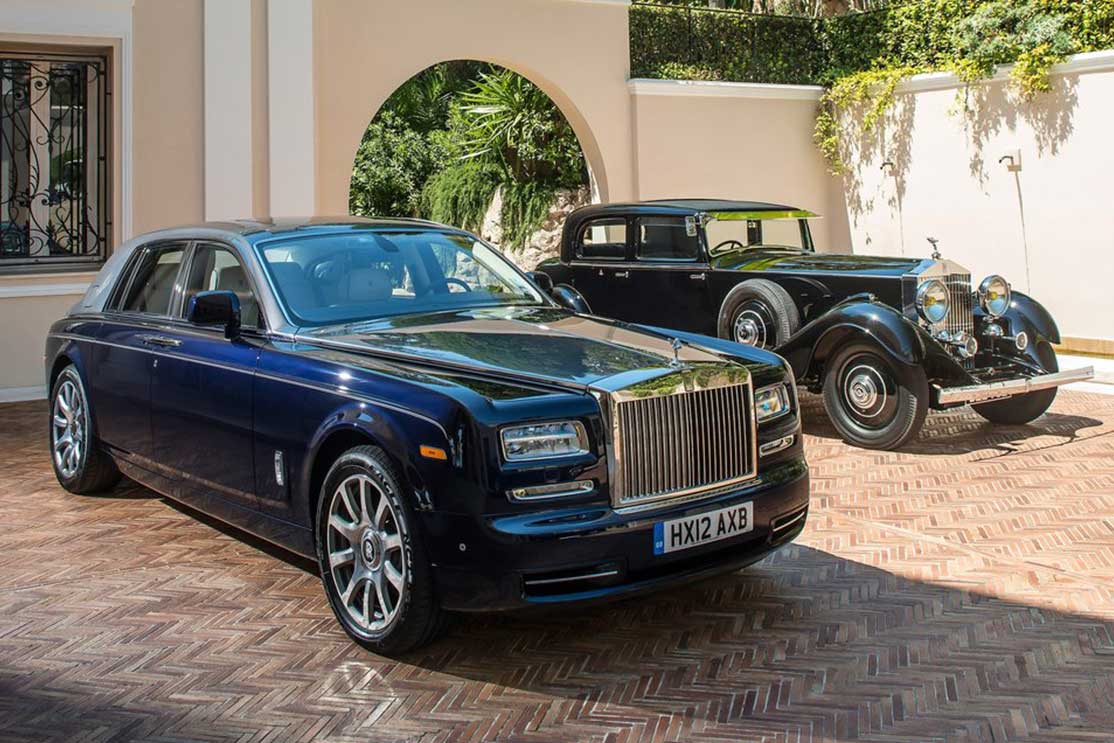 When a car is the same price as the median house price in Sydney, you know it is elite. Rolls-Royce has always been at the pinnacle; where money is no object and luxury is everything. Inspired “by the J-Class yachts of the 1930s”, and about as big as one, each Phantom is hand-built by 60 specialists. There are 44,000 different palette options, and every conceivable luxury has been thought out – there are even branded umbrellas stowed in the doorjamb if the weather at your winter mansion is not what you ordered.

NOT ENOUGH? HERE ARE SIX MORE! 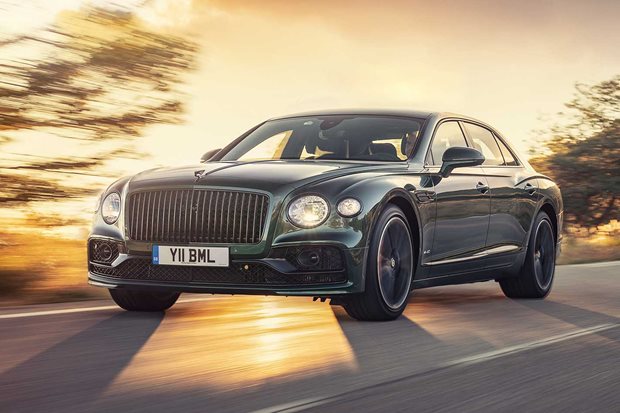