Crikey, this is one beaut ute, mate

When we start looking at BFYB contenders each year, we always try to shake out the version with all the pace but less price-tag.

Hey, it’s the BFYB credo, right? But when we started talking to Holden about a VF II SS Ute, it just couldn’t come up with the cheaper, six-speed manual version. Best it could do was provide an automatic version which not only affects the fun factor (on paper) but also adds $2200 to the sticker. And boy, we bet it’s glad that’s how it panned out.

See, the auto ’box doesn’t detract from the experience one bit. In fact, it’s arguably easier to launch on the dragstrip and that meant quicker times. I personally ran those numbers and when I checked my score-sheet after three runs of the Winton hotmix, it occurred to me that the SS hay-hauler would be a very tough act to follow. Four-hundred metres in just over 13; 0-100km/h in just over five. Yep, those are sharp digits. It’s not the easiest thing to launch cleanly, but if you persevere, the rewards are there. 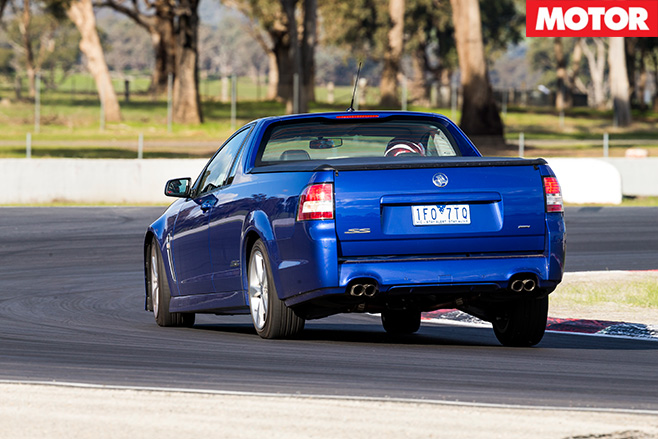 The other extra-cost option that our Holden SS Ute carried was the $350 brake upgrade. Again, those shekels might seem crucial in the context of BFYB, but tree-fitty ain’t much for what are essentially police-spec stoppers, and when they can haul the Ute down from 100km/h in 36.5m, those dollars seem well spent.

Thing is, of course, that even against those bald numbers, the SS Ute is about as much fun as you can have without hiring specialist help. Scotty, never one to hide his, er, emotions, stepped out of it proclaiming it to be the easiest car ever made in which to be silly. It’s hard to argue with that.

Fundamentally, the SS Ute is stable and with all that wheelbase, it’s also incredibly neutral. Not in a cornering sense, so much, where it trailed some of the other contenders in both the fast and the slower turns, but in a drifting-like-a-mad-bastard sense. 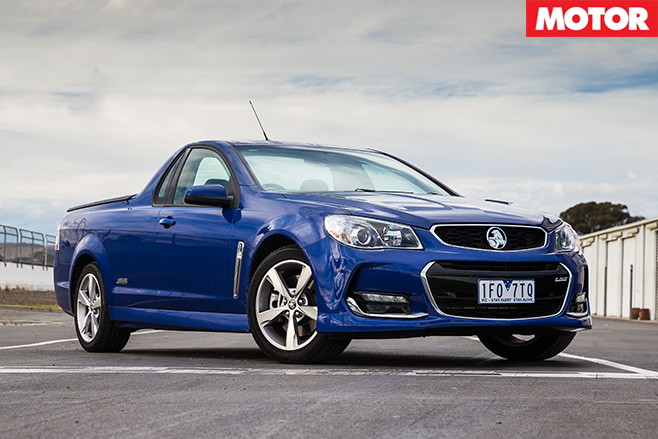 And anything it lacked in outright corner pace was more than made up for with that 6.2-litre mill that kept it top of the lap time charts. So it ain’t a one-smoky-trick pony by any means.

It’s true that it’s not the most responsive or tactile machine, and there are more playful cars out there on first acquaintance. But as you get to know the SS and learn where the limits of its tyres are (probably the limiting factor) then you can start to trust it and have the sort of fun that had Scotty gibbering in his helmet. Chances are it’ll also bring a smile to your dial even if you’re just going about your normal daily stuff.

There’s always huge grunt on tap and we’re not going to be called liars by saying that this is the best sounding local V8. Ever. The only thing you can hear over the SS’s zorsts is the exhaust aftermarket opening a vein. 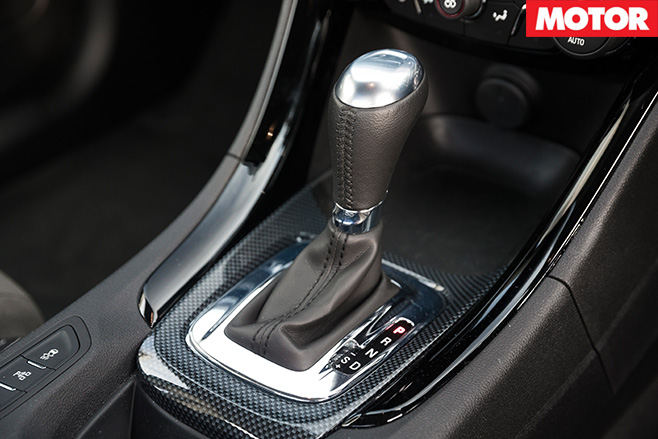 Okay, so what’s wrong with the SS Ute? Well, those fat A-pillars block out the view of Turn Three just as you tip in, and the tonneau drums hard and loud on its centre-stay at about 160km/h, leading me to believe (the first time it happened) that a con-rod was on the verge of exiting stage left.

But is it just me, or is there some kind of pleasure in knowing one of the most hilarious, good-value cars you can buy can also cart your dirt-bike and/or cement-mixer? Thought so. 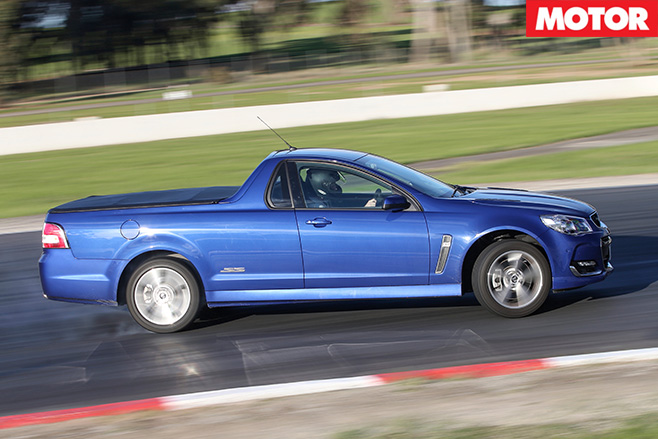 JUDGES' COMMENTS
07. David Morley
“Practicality counts for squat at BFYB. Luckily for everything else ”

04. Scott Newman
“It might just be the most entertaining car I’ve ever driven” 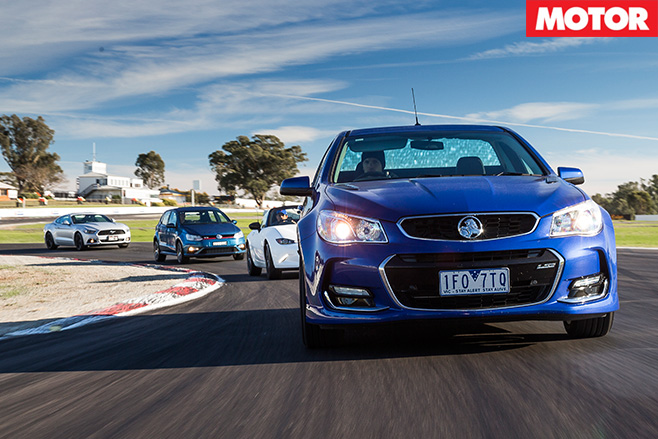 WARREN LUFF SAYS
05. “It’s not the best handling thing, but it is certainly a lot of fun”

“It has a huge amount of character and sounds really good. I think the tyre is probably not capable of what the chassis is.

“Surprisingly the brakes held up better than I anticipated; in the past Aussie cars have been weak in this department. In the high-speed sweeper, where you’d expect a ute to feel light in the rear, it hangs on really well.

“It’s not the fastest car out there [from a 19-car, outright perspective – small hint] but it’s one of the cars that makes you want to go out and have some fun.”