Car of the Year 2014: The Process Explained

Now in its 52nd year, Wheels Car of the Year is the longest continuously running new car award in the world

Now in its 52nd year, Wheels Car of the Year (COTY) is the longest continuously running new car award in the world.

It’s also Australia’s most coveted motoring award. Inaugurated in 1963, it has been withheld on three occasions (’72, ’79 and ’86) and there have been joint winners on four occasions.

Originally designed to encourage Australian manufacturers to build better cars, the award was expanded to include fully-imported vehicles in 1976.

How are the cars compared?

They’re not. To compare an SUV against an economy hatch is unfair. Equally, comparing a hybrid with a sports car doesn’t make sense. That’s why the Wheels Car of the Year compares every eligible car against the five award criteria, which have been refined over half a century.

What are the five criteria?

Function – how well a car does what it is intended to do.

Efficiency – in all aspects. Use of resources both in producing the car and how it works.

Value – both against its rivals and against the wider new car market.

Technology – does it offer a tangible advantage over its rivals?

Safety – We’re talking passive and active. How does it stack up to its rivals and against the key crash test regulators?

How are they tested?

By a panel of Australia’s most respected motoring journalists who, combined, have more than 150 years of industry experience. COTY takes place over seven days of exhaustive testing, with more than 7500km driven.

The entire field starts at a closed, purpose-built facility (this year was Ford’s You Yangs proving ground), before the field is culled for Round Two: the real world. Here, those deemed worthy spend four days on the road where the judges assess their real world performance. That means car parks, speed humps, school zones, hill starts, traffic lights, as well as urban streets and flowing rural roads.

Ever wondered how Wheels chooses its Car of the Year? Come with us to the Proving Grounds and find out 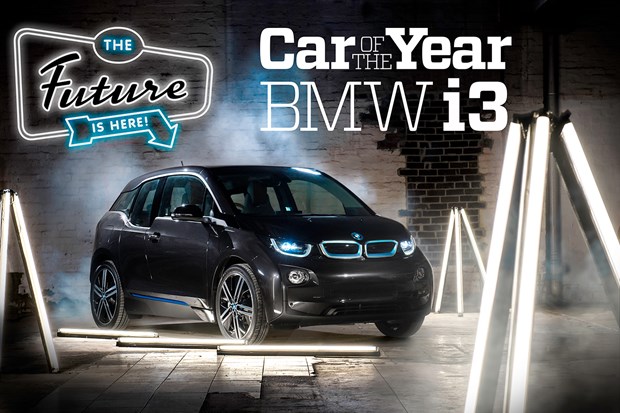 With BMW’s i3, the switching hour has struck. This innovative and compact electric car combines expressive design, impressive engineering, exceptional efficiency and persuasive... 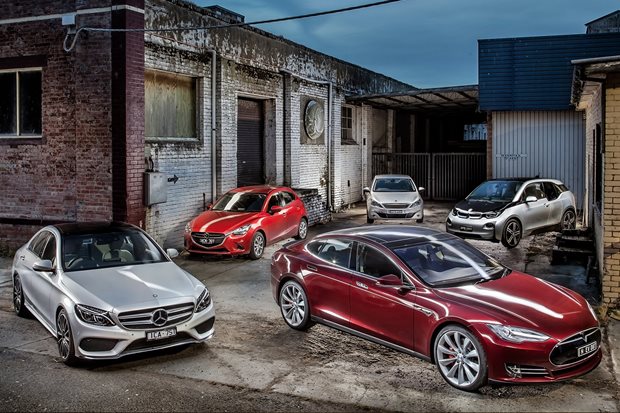 Ladies and gentleman, here is your COTY Top 5 for 2014: a tiny city hatchback from Japan, a French hatch and wagon, a German prestige sedan, and not one - but two electric cars