IT’S almost a year to the day since Volvo’s XC60 was crowned Wheels’ Car of the Year 2018. With twelve months as the reigning champion, we look back at how the Swedish mid-size SUV has fared.

The XC60 subsequently became a mainstay of the Wheels garage, with editor Inwood running the COTY winner in T8 spec as a long termer for seven months. 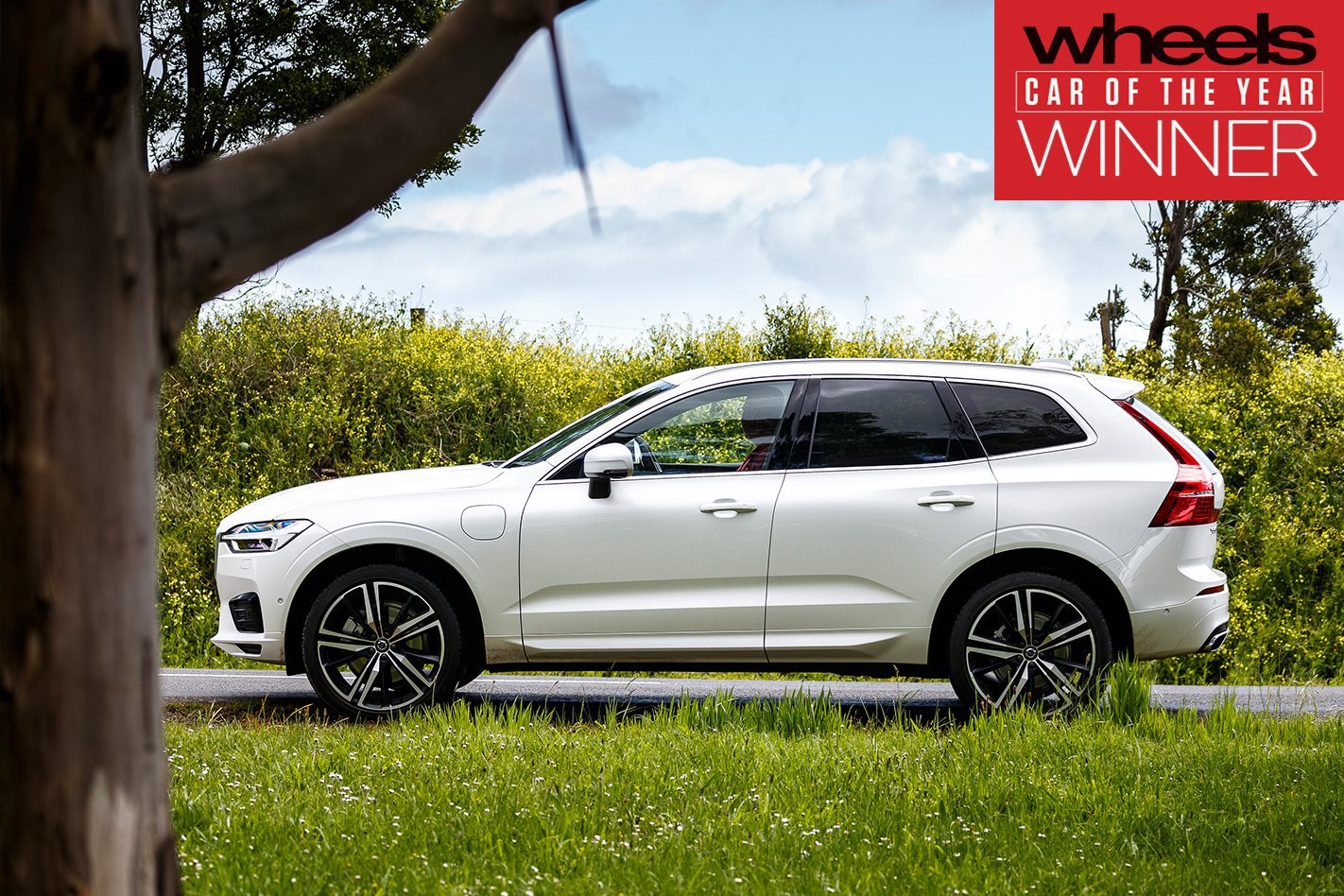 That’s long enough to find faults and issues with a car, but despite the prolonged exposure, Inwood became increasingly adoring of the XC60, writing “seven months with our reigning COTY has done nothing to undermine the argument that Volvo has created the best premium mid-size SUV you can buy. If anything, it’s galvanised it.”

Throughout the year the XC60 returned for a pair of comparison tests, with the T8 taking on Audi’s SQ5, the Jaguar F-Pace S, Porsche Macan Turbo and Range Rover Velar P380 in a five-way battle for hot SUV supremacy. Meanwhile, the D5 faced off against diesel variants of the Alfa Romeo Stelvio and BMW X3.

In both instances, the XC60 emerged victorious.

The Volvo’s ability to usurp both class benchmarks that were ineligible for COTY 2018 and fresh MY19 metal, with both electrified and diesel powertrains, speak of its impressive ability on road. 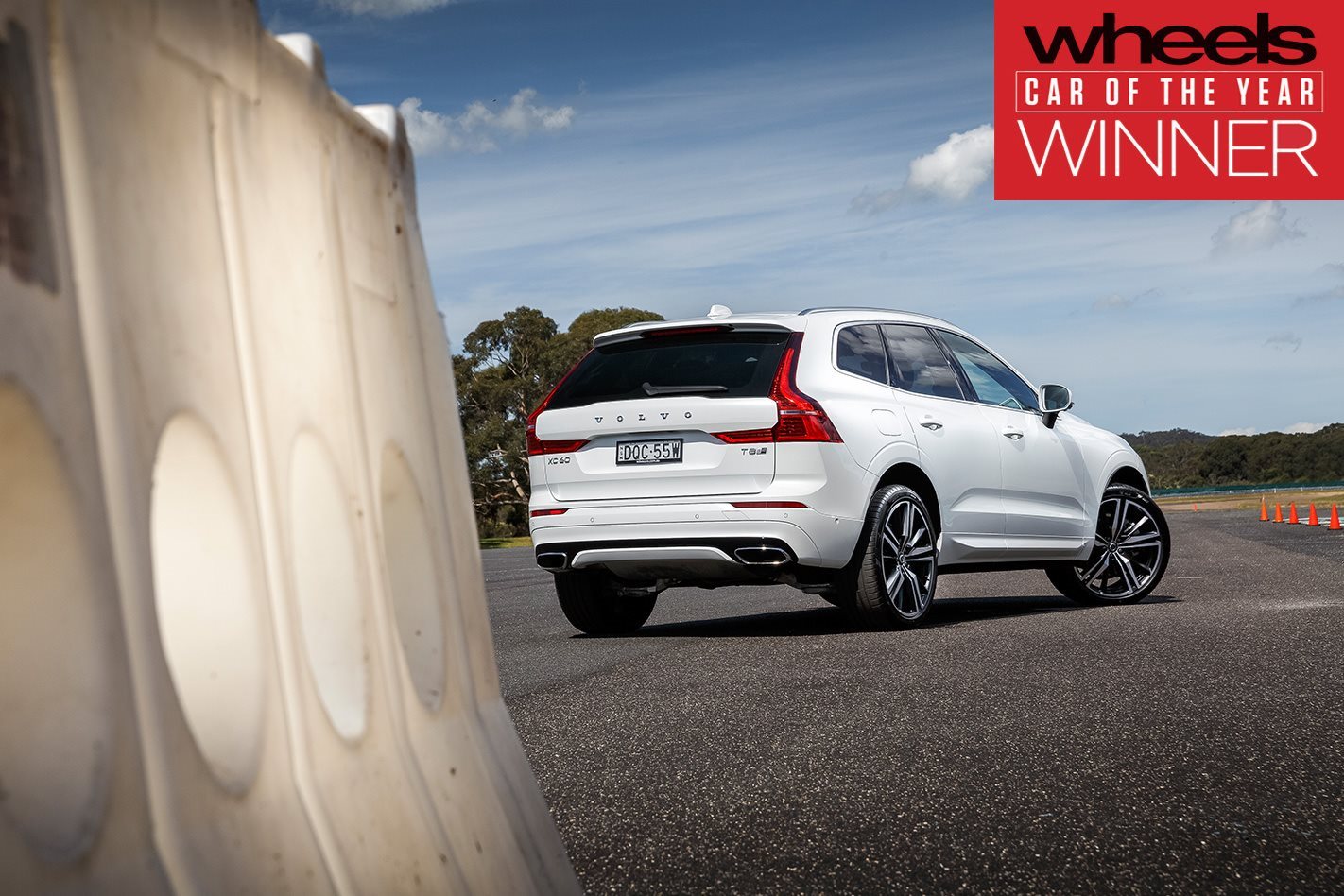 Despite expecting the XC60 T8 to struggle against its decidedly focused competition, the testing team was impressed by the electrified flagship, praising the hybrid powertrain which can “combine tailpipe-emission-free city driving with an addictively overclocked torque response when required.”

In its fight against the diesel-powered Italian and German, the XC60 which was supplied for the test was what Wheels deemed the least appealing spec for the model – lacking optional air suspension and riding on low-profile rubber. But despite this, the Volvo still beat its fresher-faced opponents.

It appears the buying public have caught on to the XC60’s charms as well, with the SUV enjoying a 49.5 percent increase in sales year-on-year between 2017 and ’18. 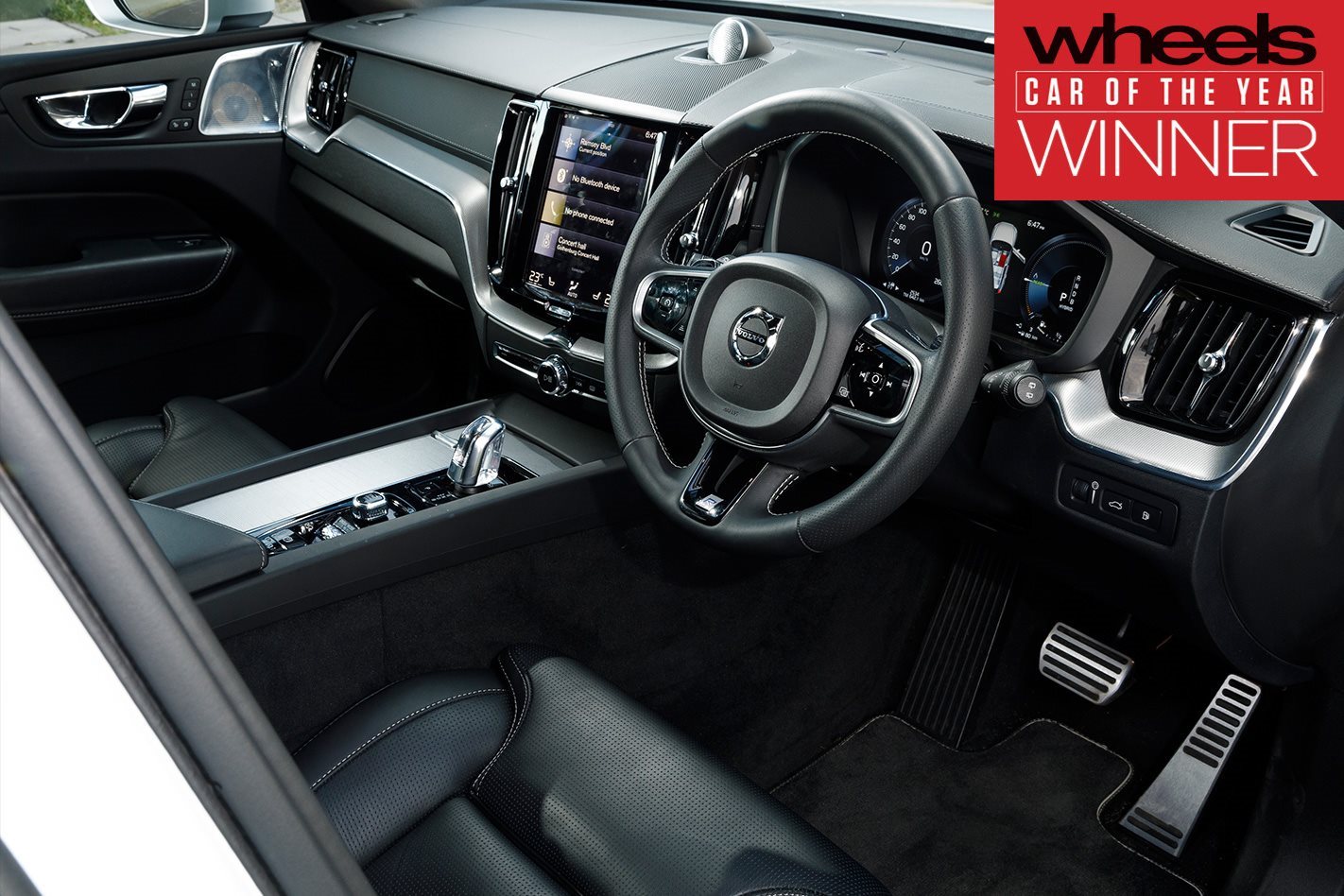 In total 2827 XC60s found new homes last year, an increase of almost 1000 units compared to 2017, making the mid-size high-rider Volvo’s most popular model in Australia ahead of its XC40 and XC90 siblings (which sold 1588 and 1170 units respectively).

It’ll be interesting to see whether this model can reprise the sales performance of its predecessor which did something quite unusual insofar as its global sales figures increased every year it was on sale. Given that most vehicles exhibit a bell curve of sales as they grow more popular and then age, the new XC60 has quite a bit to live up to.

The sales success of the XC60 also buoyed Volvo to a positive year overall, with 6693 models sold in Australia – an increase of 43 percent year-on-year.

The winner of Wheels Car of the Year 2019 will be revealed on January 31 at the Australian Motoring Awards. Time will tell whether this year’s winner can enjoy the same success as the XC60.