When the ‘R’ stands for anything but ‘regular’

Bob Whyms Automotive was established in Sydney in the mid-1970s and its background is in air-cooled VWs.

These days there aren’t so many Beetles clattering around but the business, now branded as BWA and concentrating on marques such as Porsche, VW, Audi and Mercedes, remains a family concern, with Craig Whyms – who happily admits he lives and breathes this stuff! – arriving at Hot Tuner with a 2016 MkVII Volkswagen Golf R.

Of course, the Golf R is here because it’s enhanced. BWA has hardware and software relationships with several international tuning-tech companies, with this particular Golf R’s direct-injection turbo engine upgraded with APR tech. 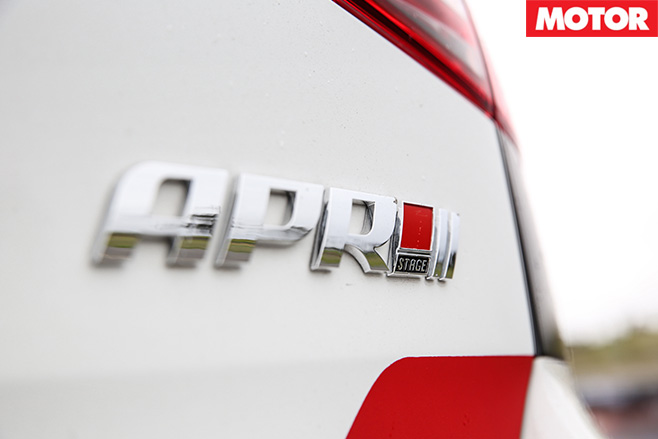 As Whyms explains it, there’s a lot of potential lurking inthe shadows of a standard Golf R’s engine bay. “You can see significant gains without changing much – just a software upgrade – and that’s great for many people,” he says. “That’s a ‘stage one’ and it takes a standard engine’s 206kW to around 260 and torque from 380 to 490Nm, which makes the most of things for a daily driver. It’s great bang for the buck.”

But this Golf R has had a bit more thrown at it, taking an internally standard engine to a sensible maximum at a cost of around $9K. Just as hot-rodders have done for decades, the BWA ‘stage two’ package concentrates on better breathing, with a free-flowing air-intake system and a larger intercooler.

On the other side of the whistle there’s a higher-flow downpipe (standard with this level of power). With more boost arriving earlier in the revs, there’s a requirement for more fuel. But as Whyms explains, the standard injector hardware (with a new tune issuing the on/off orders) is up to the task. Aussie models have eight injectors (apparently some other international-market Golf Rs only have four) so there’s fuel flow like it’s coming from a firehose. 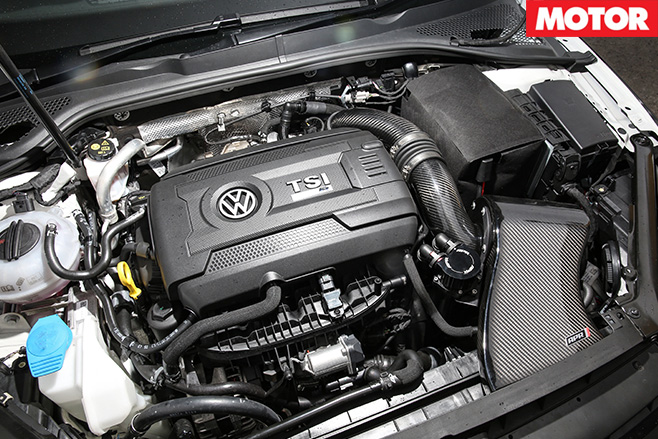 The driveline also sees the benefits of a software upgrade – and we get the hint from Whyms that feeding any more than this stage-two package’s 230kW (at the wheels on BWA’s dyno) through its standard mechanical bits would be asking for trouble. But gee, Whyms’ drag-strip best of 11.8sec isn’t too shabby.

The brakes are sourced from the US – $4800 worth of Stop Tech 355mm rotors squeezed between six-piston calipers. On this Golf R, they’re backed up by standard-size rears that team well with the big fronts for fast road use.

As Whyms points out, those big brakes need larger-than-showroom wheels, this fire-breather being shod with 18 x 8.5-inch Kings and 235/40 Yokohamas.

German-made KW Club Sport is the brand and model on the suspension. Whyms notes that, although great on track, these ones are set-up a little softer than customer spec in order to cope with the jolts of Sydney’s more chopped-up roads.

All up, $20K worth of extra stuff has created an 11-second street weapon. “It’s absolutely daily driveable, good manners and all that,” says Whyms. “But capable of fun when it needs to be.” 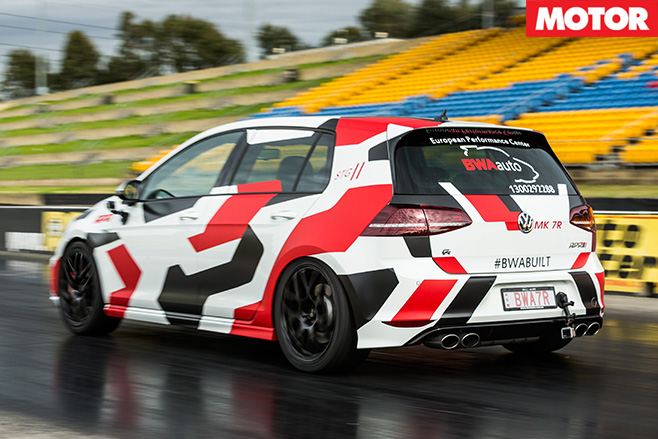