Despite driving up the equivalent of a flooded river, the S1 felt predictable

Guy Harding wasn’t kidding when he reckoned his S1 was a bit tricky to launch.

I had a crack, Newman had a go, as did Tony D, but the best it could manage to 100km/h was 5.77sec, disappointing when we’ve managed 5.68sec in the standard car. So what’s going on, given the extra oomph?

Essentially, the launch control function doesn’t allow you to dial up enough revs to stop it bogging when you dump the clutch and four sticky ContiSportContacts dig in. Harding tells us that since Hot Tuner, his crew managed to find the 4000rpm launch limiter in the lines of code and have replaced it with a 5000rpm ceiling, so it should launch a bit harder in future. 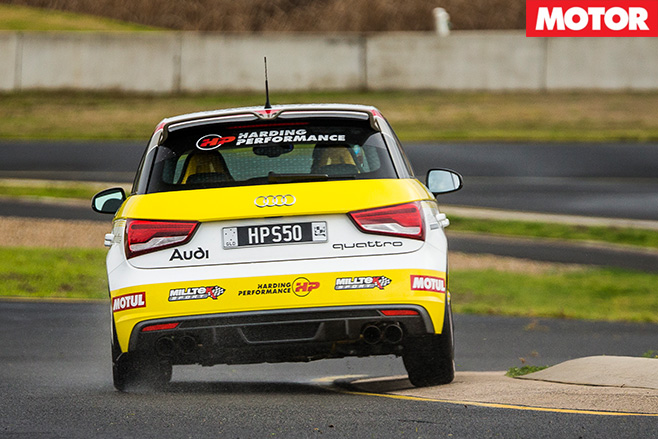 In any case, Harding knew the S1 was in for a bit of a hiding, thanks to its three-pedal layout. “This is the first time we’ve bought a manual transmission to Hot Tuner, so we knew we would suffer in the straight line stuff.” By the 400m mark, though, the HP pocket rocket was starting to make up time, clocking a 13.56sec effort at 179.18km/h, a good 15km/h faster than the stocker can manage.

On the racetrack, though, that handicap shrunk to nothing and the S1 was a great plaything even in the miserable conditions. In fact, the gearshift, while not exactly rifle-bolt in its action, was nonetheless stupid-proof. Not that the engine needed much in the way of provocation; it whipped up plenty of torque straight up and never felt like it was going to run out of steam.

Sounded good, too, with a real bark that let you know it was something a bit special. That said, it was never rushy or too urgent; boost builds progressively and the power curve simply rises with it. Predictable, in other words. And when it’s raining cattle-grids, predictable is nice. Can’t wait to try it with the full tune in it, though. And proper fuel. And a dry track. 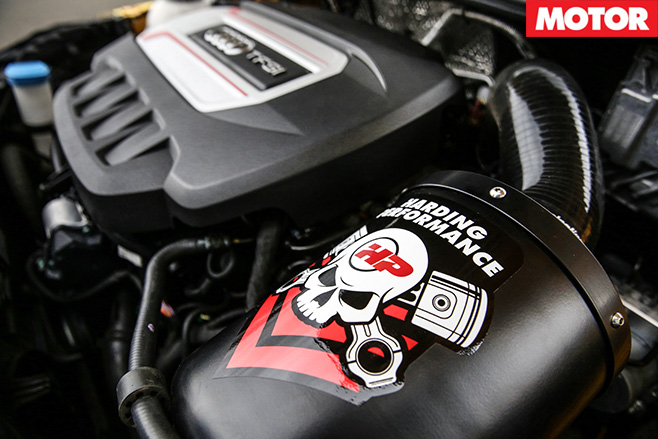 I reckon the biggest surprise of the S1’s bag of tricks is its wet-track grip. Seriously, I know it’s all-wheel drive and everything, but my money was on it scuttling sideways off the tarmac long before it did actually start to move around. Because of all that grip, it’s equally surprising how well it turns in and how much steering input you can feed it without the Audi losing the plot. That translates to a fair bit of lateral grip, too – good for corner speed even in the wet. So despite driving up the equivalent of a flooded river, the S1 never felt like it was going to bite.

My biggest complaint would be with the brakes. With a 40.4-metre stop, the Harding Audi S1 is nothing to write home about, and even with a bit of heat in the brakes, that didn’t really look like improving. Harding reckons the car was running what amounted to a weekend track pad, so maybe they need to be REALLY hot to work properly – something that just wasn’t going to happen on the day. 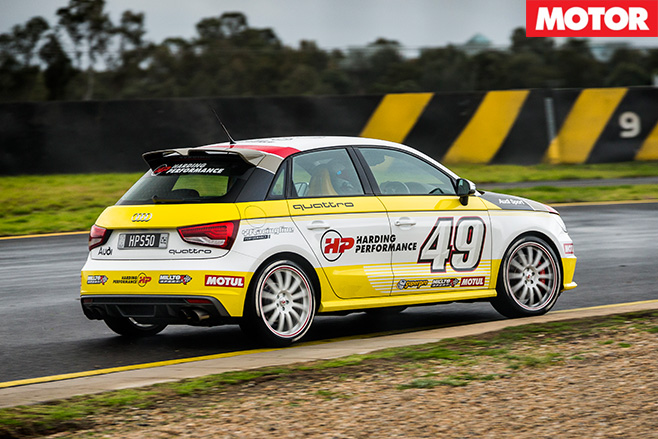 But even with the actual stopping distance explained, the brakes on the S1 sounded and felt pretty awful. They lacked initial bite and the racket they made would soon have you climbing the walls.

In the end, D’Alberto managed to scoot around the circuit in the S1 in a 1.06:2, pretty sharpish for something that you could put together for under $75,000, including the $50K S1 starting point. And if you were to give it brake pads that worked in arctic conditions and a set of tyres that preferred dry to wet, then the fun quotient could be even bigger. 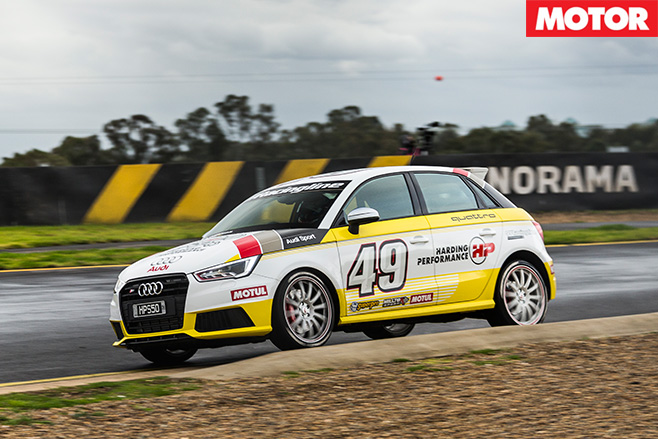 TONY D RECKONS
“Very nimble around the track, could basically point it wherever I wanted it to go. Sometimes, though, the rear can’t keep up with the front. So you have to be easy with the steering into the corner. It tends to want to oversteer a little bit on me. Power delivery is really good, though its electronics held it back a bit.” 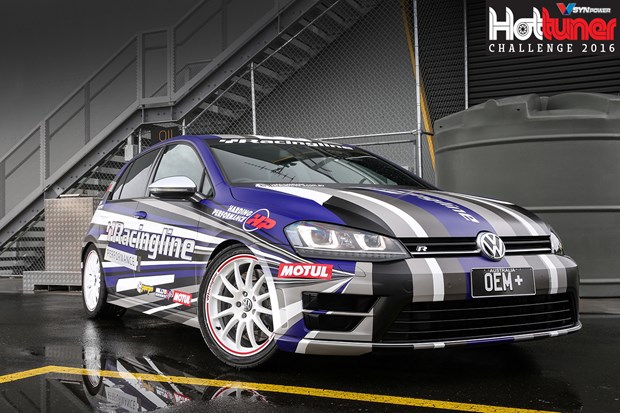 The same as last year’s winner, only very different 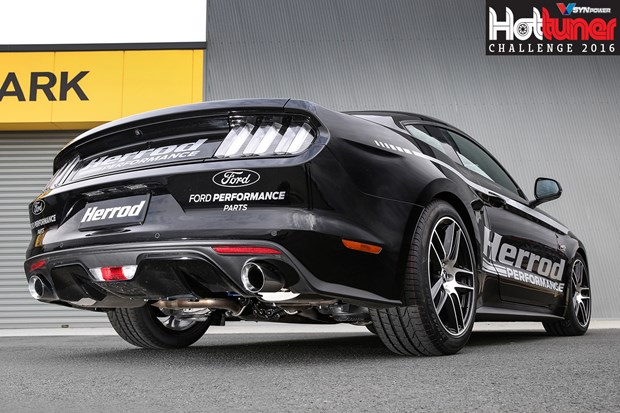 Shelby Deprivation Syndrome? This will cure it 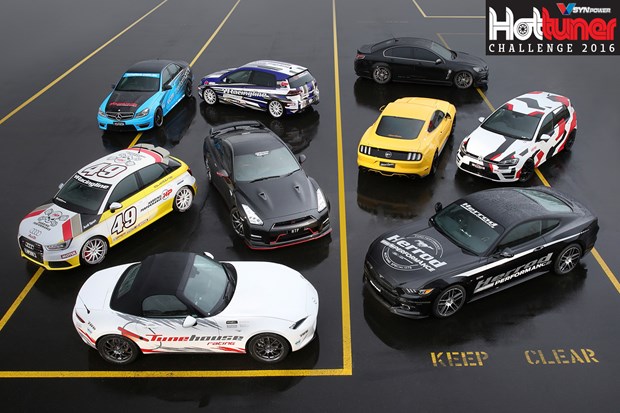