Despite the image of Mustangs being big, heavy American muscle cars, Herrod’s car blitzed the braking to have the third-shortest stopping distance from 100km/h at 35.8m, beating out both all-wheel drive Golf Rs and the Hi-Torque R35 GT-R!

It showed just how good the factory Brembo performance brake package can work with judicious upgrades to the suspension.

Unfortunately, due to persistent rain we couldn’t accurately record acceleration figures at Sydney Dragway, though Dave Morley has clocked 4.19sec to 100km/h on his way to a 12.14@197km/h 400m time. It is important to note this time was done at Heathcote, in rural Victoria, under very different atmospheric and track conditions, as part of the September issue of MOTOR.

While those times were impressive, at Hot Tuner ’16 both Rob Herrod and offsider John McAlinden knew something wasn’t right with the Mustang after the black coupe’s performance on the Mainline chassis dyno, where it made just 351kW at the back wheels, some 90kW down on what Herrod regularly records for these cars. They both immediately pointed to the control fuel the car had been filled with (see page 74 for more on this issue). 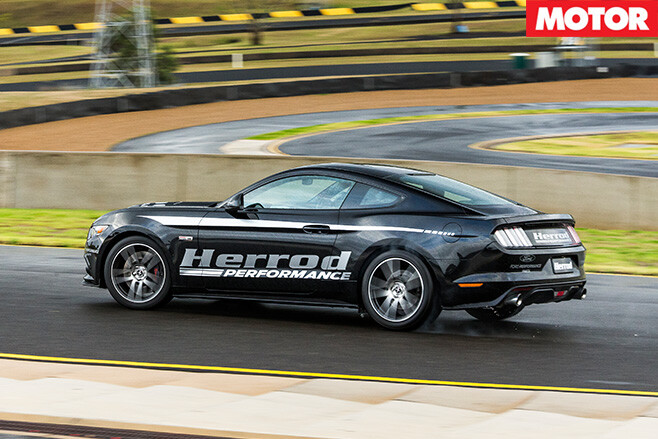 Still, we were keen to see how the rest of the package stacked up. Unfortunately, shortly after Tony D’Alberto finished recording his hot laps, the rain came down and it became a game of finding what little traction there was on Sydney Motorsport Park’s slippery South Circuit.

Impressively, even though it was down nearly 100kW at the wheels, D’Alberto managed to run a lap time of 1.04:7, less than one second behind the all-wheel drive Harding Golf R and ahead of much lighter and more powerful competition. That didn’t mean it was easy to drive, though, with the fat wall of torque making it almost comically easy to put the car into lurid drifts at part-throttle on the massively greasy and undulating surface.

While slip-sliding around was fun, it was a revelation to find the part-throttle response was crisp and useable, despite both McAlinden and Herrod saying they felt the response was much doughier than normal. They pointed to the car’s automatic octane-sensing function in the tuned ECU, which pulls ignition timing (and therefore power) when it senses the fuel in the system isn’t up to providing the full-freight 440rwkW. 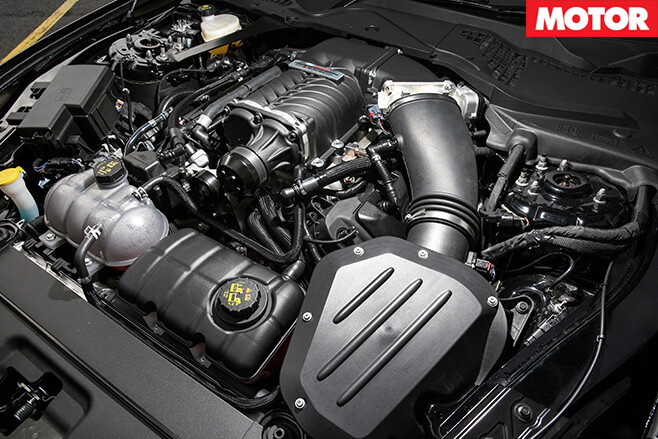 Still, the Herrod Mustang drove unbelievably well, with a compliant ride, communicative steering and none of the roughness or quality quirks many expect from a tuned car. This shows just how far modified cars have come in the past decade.

The brakes felt strong and were easily modulated to smoothly haul the car up from pedestrian speeds, or when diving into the South Circuit’s difficult downhill, tight Turn 2. While I am an avowed fan of manual transmissions in V8 muscle cars, the six-speed automatic performed brilliantly in all possible shift modes.

Overall, the Herrod Performance package really does move the Mustang into another league, and it should be considered by traditional performance car buyers who would never otherwise think of purchasing a ‘modified’ car. The car’s excellent performance in the tough conditions, even down on power, sealed its well-earned third place at Hot Tuner 2016. I can’t wait to drive one with the full 440kW at the wheels! 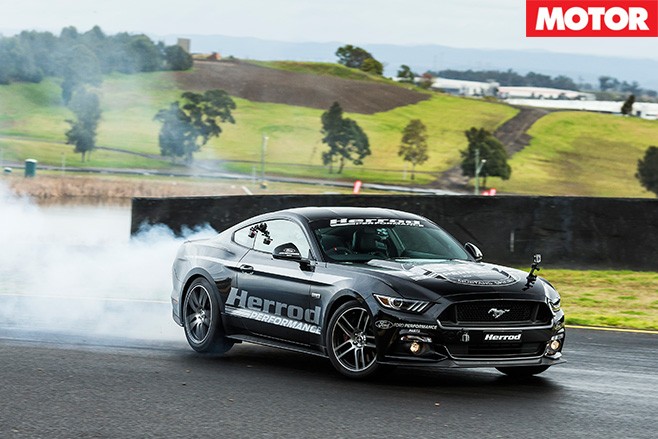 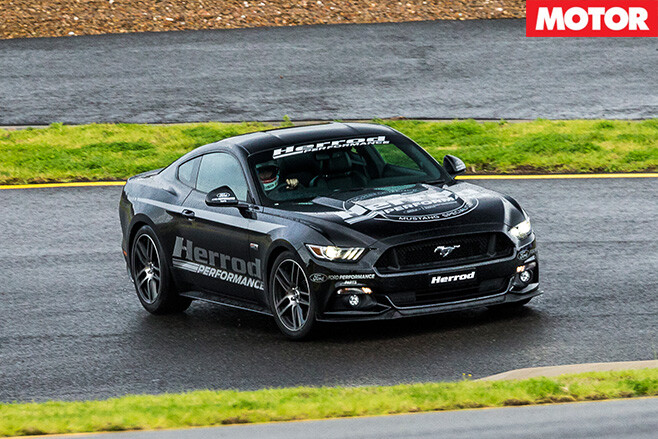 TONY D RECKONS
“Its power delivery is so predictable, I just knew where it was at, and that was a big benefit. It doesn’t feel crazy; it’s more progressive and in these conditions you need that. If it was gripped up you wouldn’t notice it as much. But in these conditions you’re asking for every little bit you can.”