It’s no PCOTY rookie, so why do we love the Frenchie more this time?

The fact that the Sport Clio finished in fourth spot on raw numbers was a hell of a surprise given the big-hitting stuff it was up against.

On the other hand, it’s proof that the value for money thing still comes into it (remember when the Nissan 200SX flogged all comers including the twin-turbo 911 to carry off the PCOTY silverware in 2001?).

Aside from the terrifying performance-per-dollar ratio, the Clio sunk the slipper into some much bigger reputations by being very good at what it does best. At Winton Raceway, it really shone with loads more front-end grip than you expect and better than average power-down, considering there’s so much torque right across what is a very wide rev range. 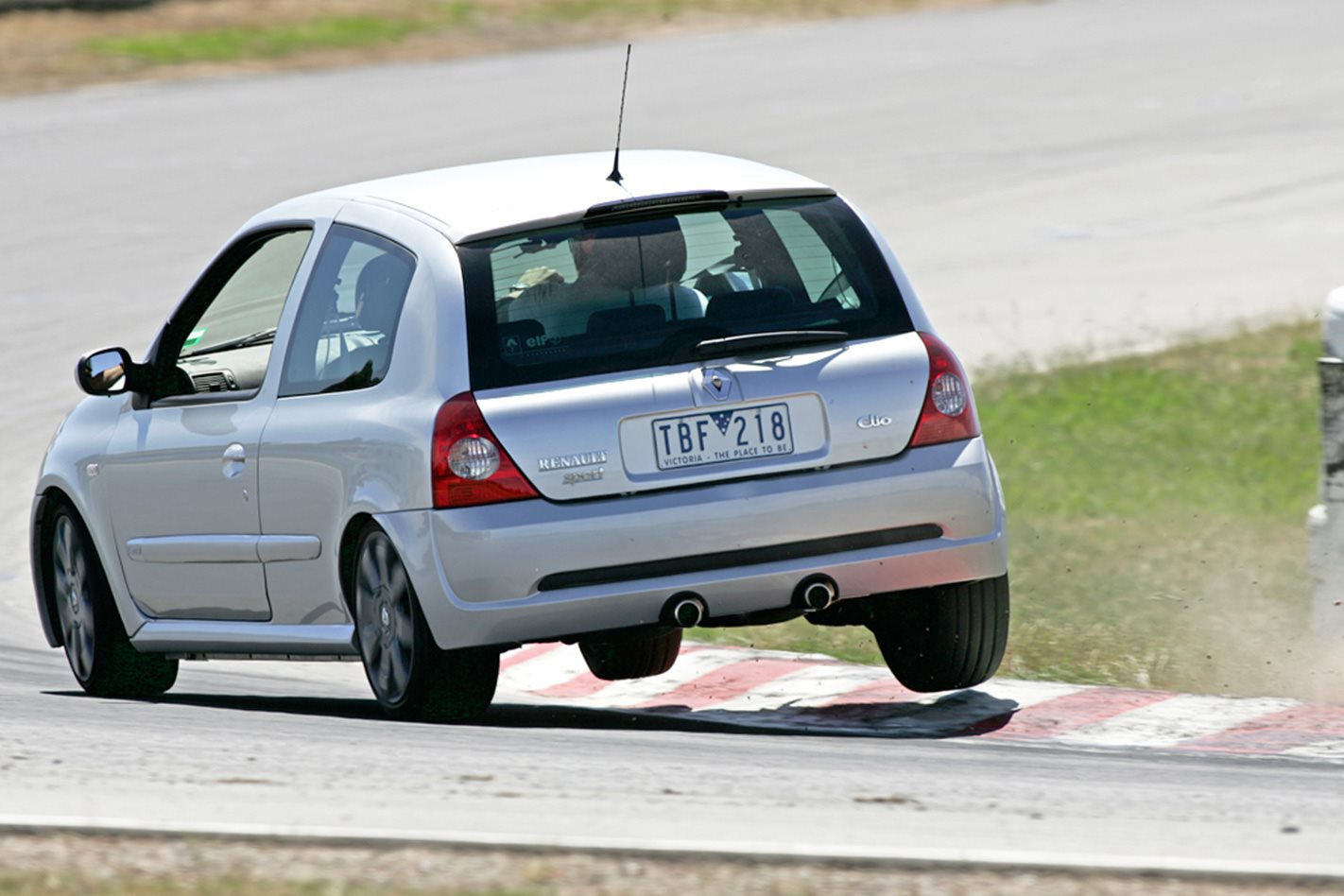 And going against the tide of popular opinion, the Renault also managed to make a decent fist of being a road car. The power and torque is even more impressive, the gear ratios are spot on for real-world pedalling and the chassis feedback is sublime.

Okay, so the ride quality isn’t as soothing as it is in something with more wheelbase and kerb weight, but it doesn’t pitch like its dimensions suggest it should, nor is there the initial impact harshness you might expect from something as taut overall.

The steering is some of the most accurate you’ll find in a front-driver and there’s a ton of feedback from everything from the clutch pedal to the gearshift to the seat cushions. In fact, one of the Clio’s most endearing features is the way you can jump into it and immediately feel like you’re on top of things.

That’s not something you can say about a lot of Euro machinery which can take at least a few kilometres to get used to where the broom cupboard is and how the ironing-board works. But the Clio? Nope, get in, belt up and go like you’re on fire. 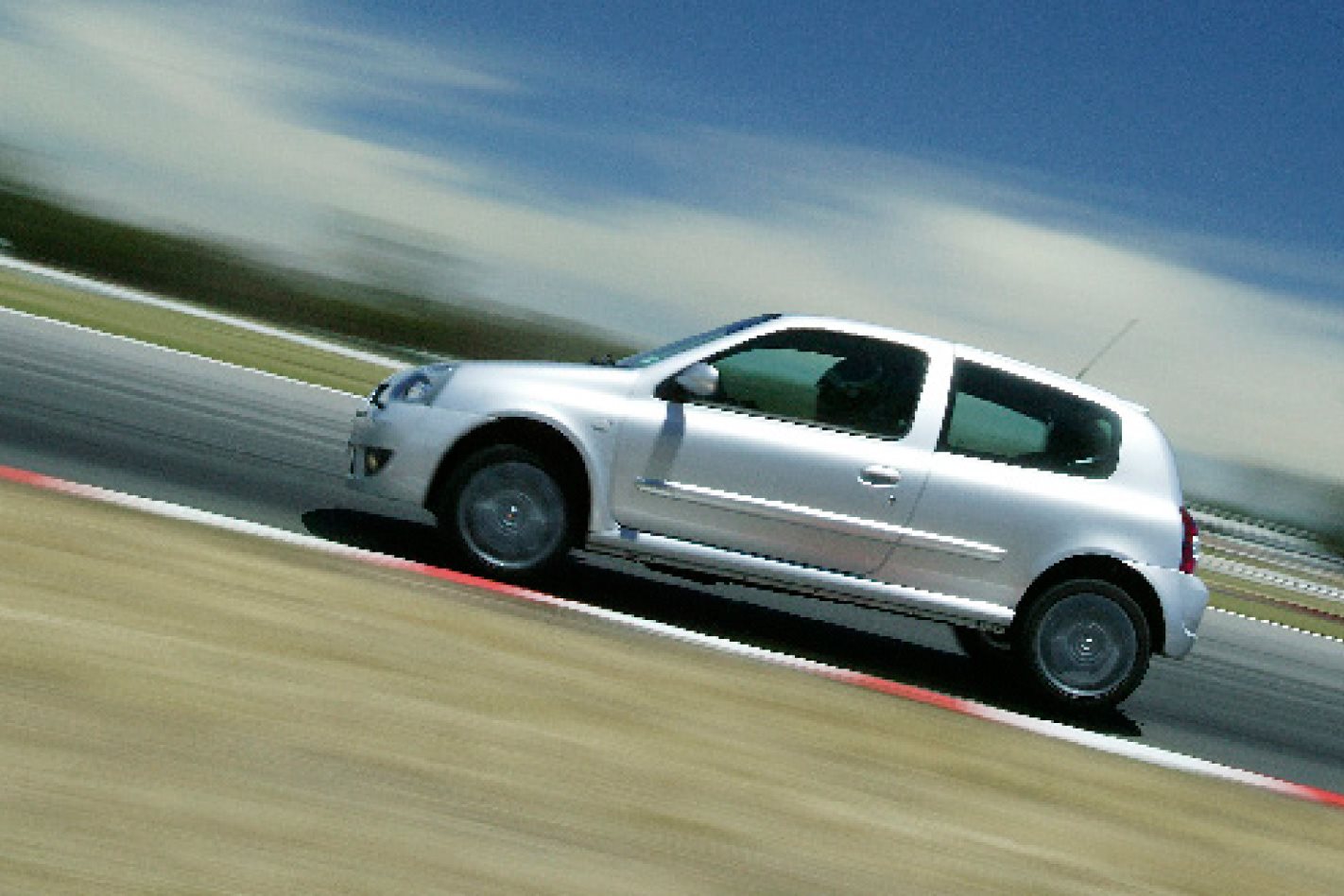 So, feisty is as feisty does and that was enough to get the Clio way up the leader’s board, but it couldn’t hold on to fourth place once the judges’ votes were in. At that stage, the Renault fell back to sixth, still absolutely credible for a $30,000 car, and still reflective of its abilities to hand out big thrills.

Don’t read anything into the fact that the Clio was the only car to go backwards in the transition from raw numbers to final voted result; some shuffling is inevitable and for two cars to go one better after judges votes, one has to go back two. Simple as that.

Meanwhile, when you consider it busted the ClubSport in the chops on raw points, those thrills we were talking about are certainly much, much bigger than anything else for the money.

Charming, fun, flexible and just beaut but, then, so was its predecessor, which finished ninth on the 2002 PCOTY. The funny thing is: this Sport Clio cruised into the Top Six despite being only a poofteenth quicker.

Renault must have figured on the Clio being plenty quick enough for its rivals (true) or that the 2.0-litre motor was giving as much as they were comfortable with for longevity (also true). 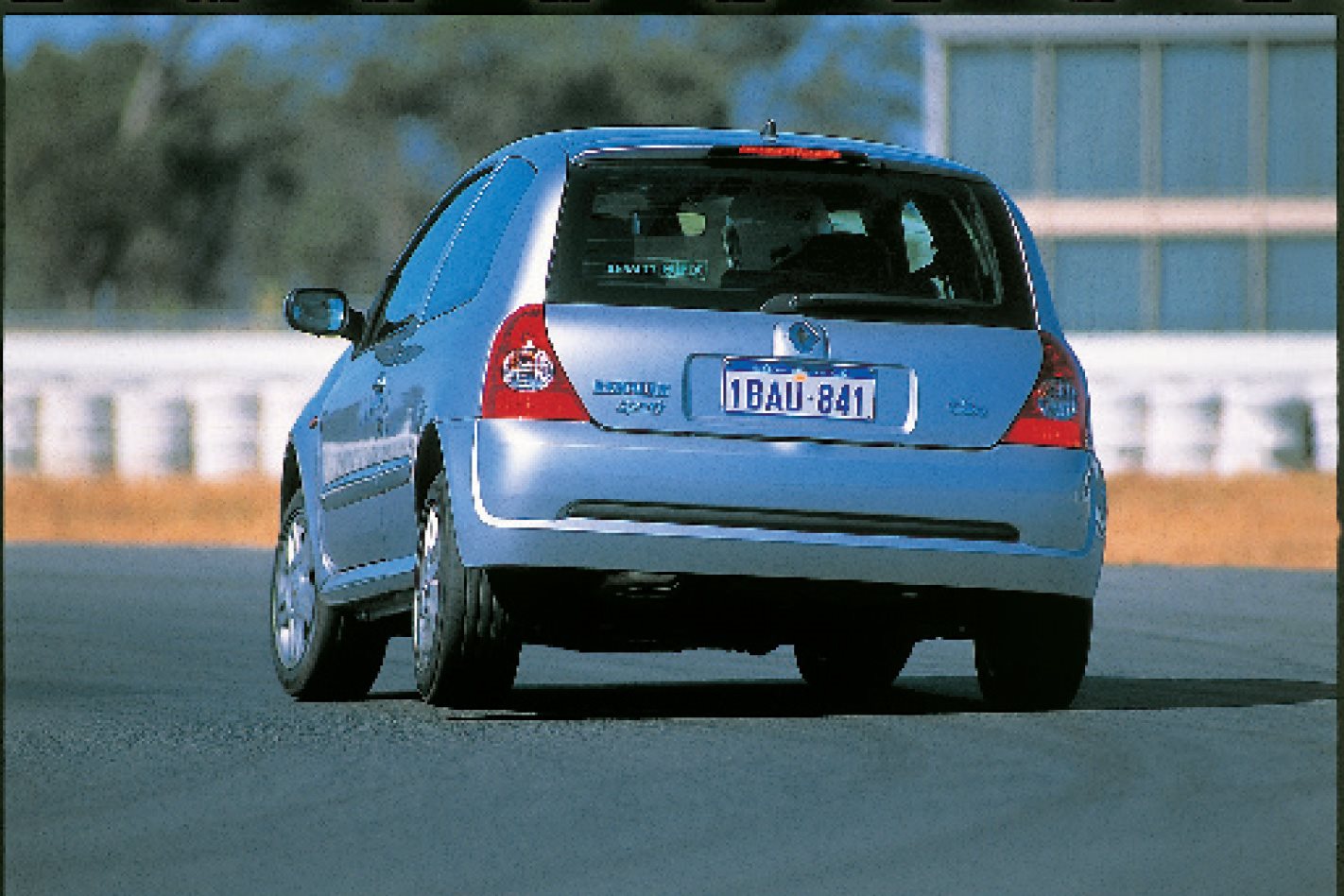 Even its lap time at Winton is bugger all different, with the new car holding a 0.14 second advantage. Why did this one make the top six and the first one didn’t? One word: chassis. The Sport Clio is clever on the inside.