A dashing Frenchman left behind this classic as his legacy.

LOUIS Delage was a French carmaker in the way you’d have a French carmaker be. Born in 1874 as the son of a stationmaster, he studied engineering at a prestigious college and, like W.O. Bentley, kicked off his career as a railway engineer.

Then he turned to car-making, produced advanced and timelessly elegant machines, became a rich and randy Parisian playboy, went bust, and died poor.

Delâge founded his car-making concern in 1905, initially producing tiny voiturettes powered by single-cylinder de Dion engines. He was quick to recognise the value of motorsport and a victory in a grand prix at Dieppe in 1908 had the orders flowing in.

His road cars got bigger, faster and more glamorous, supported by further racing success. However, neither racing success nor production of more than 1000 of his four-cylinder cars per year made Louis Delage super-rich. But the Great War did, with Delage factories converted to produce munitions.

Through the 1920s, Delage’s six-cylinder cars were among the top rank in terms of performance, luxury and styling, the latter by a variety of French coachbuilders. And Monsieur Delâge, who sported a glass eye (the result of a childhood accident), was quite the rake around Paris. 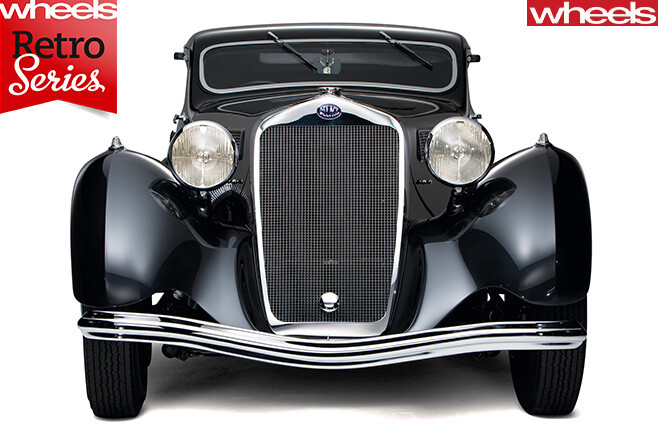 In 1929 Delâge launched his masterpiece, the D8, powered by a 4.0-litre straight-eight. As would befall compatriot Ettore Bugatti’s Royale, however, this extravagance coincided with the Great Depression. The D8 was supplemented by smaller models, but in 1935 Delâge was effectively merged with Delahaye.

The D8-120 of 1937-40 was the product of this marriage, using a modified Delahaye chassis and a 4.7-litre straight-eight derived from a Delahaye six. Aside from its more than competent touring performance and handling, the D8-120 became known for gorgeous bodies by coachbuilders such as Chapron, Saoutchik and Letourneur et Marchand.

The latter provided the elegant Aerosport Coupe on these pages. This particular example, which sold for more than a million dollars seven years ago, is one of only a dozen believed built and spent several years in Australia after World War II.

While this car decayed Down Under, the Delage marque sadly did the same. Delahaye had given the bum’s rush to the dandy Louis Delage, who died poor and little-remembered in 1947. Six-cylinder cars were produced after WW2, but Delage ended along with Delahaye in 1954. The D8-120’s Delahaye-derived chassis, adopted in 1936, was no penalty; it was quite advanced with its independent front suspension by transverse leaf-spring with trailing arms, and conventional leaf-spring, live-axle rear. Brakes are by four hydraulic drums. This example’s steel Aérosport coupe body is over a timber frame, sitting on a 3378mm wheelbase. There were few more elegant places to be in post-WW2 Europe than the cockpit of a Delage D8-120. This car underwent a complete restoration in the early 2000s, restoring the original timber, interior brightwork and Jaeger instrumentation, replicating the fabric and leather upholstery, and restoring the sought-after Delâge steering wheel, which features leaf-sprung spokes to absorb vibration.

The D8-120’s straight-eight engine did duty in the Hotchkiss H39 fast-reconnaissance light tank during WW2.

In his last days, Louis Delage settled in the small village of Le Pecq, walking or cycling to church as he couldn’t afford a car. 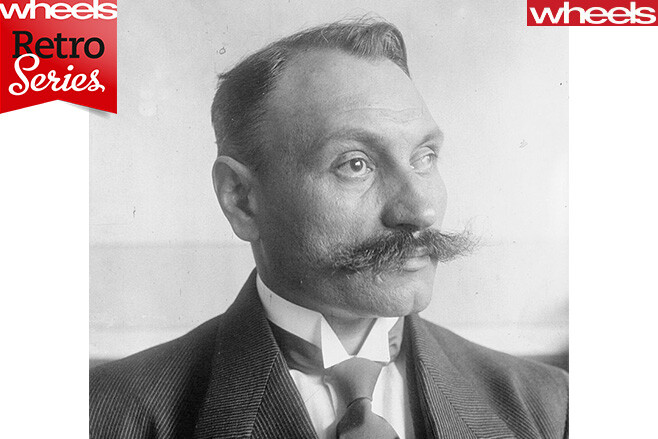 Delage’s Y-Type racer is a legend: the same example won the 1913 French GP and the 1914 Indianapolis 500, beating Peugeot.

The Aérosport body was styled by Marcel Letourneur, son of the coachbuilding firm’s founder and fascinated by aerodynamics.