The original Ford Thunderbird was a smash hit, then daddy took the T-Bird away

The original Ford Thunderbird was a smash hit, then daddy took the T-Bird away.

THERE was always one glaring thing wrong with the Ford Thunderbird from Day One: the identity crisis. Launched at the end of 1954 as a “new kind of sports car”, the 4.8-litre V8 came a year after Chevrolet’s own confused Chevrolet Corvette, which paired a svelte two-seat body with a wheezy 3.9-litre six.

Both cars were Detroit’s response to the booming market for imported sports cars, fuelled by returned WW2 soldiers familiar with sleek British and European machines. If the hot-rod was the home-built American two-seater, the Corvette and the Thunderbird were the official issue. 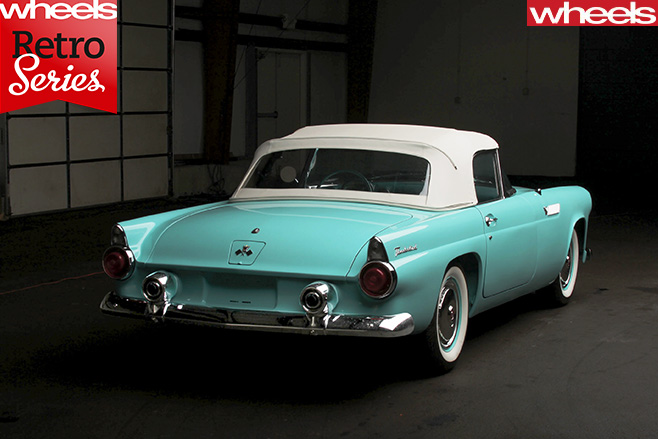 The Thunderbird had the makings of greatness. It was born during a visit to the 1951 Paris show by Ford brass Louis Crusoe and design chief George Walker. Crusoe, spotting an unspecified Euro sporty, asked: “Why can’t we have something like that?”

“Oh, we have something like that in the works right now,” Walker lied... and found a telephone to tell designer Frank Hershey what was happening. The project got approval in February 1953, a month after Chevrolet revealed its Corvette. 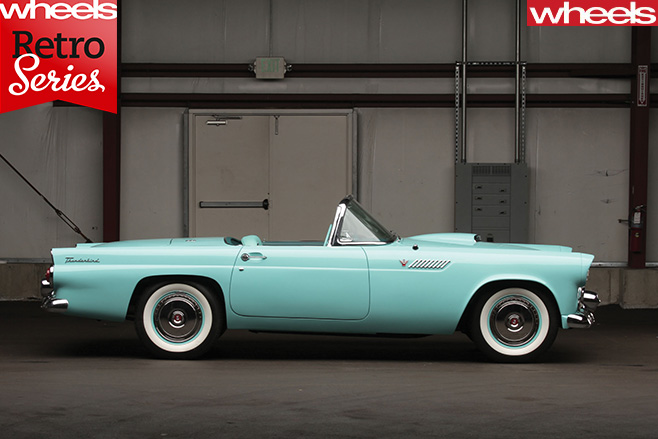 The Bill Boyer-penned Thunderbird was lithe, low-slung and futuristic, and made in real steel. The design brief had called for a V8 engine, a target weight of 1145kg and a top speed of at least 100mph (162km/h).

In September 1953, again at the Paris show, Crusoe gave the nod. Over the following few months, however, Crusoe moved the T-Bird theme towards luxury, creating the term (and the segment) “personal car”.

By the time the open two-seater with standard removable hardtop went on sale in October 1954, it had gained 300kg over its target weight and there wasn’t much chance of chasing Ferraris. But it was decently brisk, comfortable, nicely balanced and easy to drive. First-year sales of 16,155 units easily accounted for Corvette’s meagre 700 total. 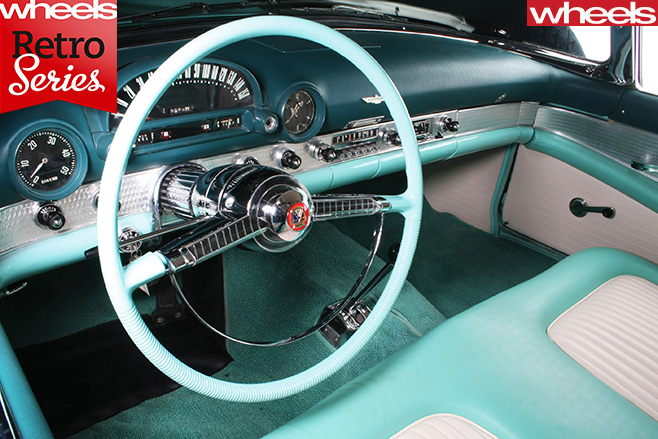 The first ’Bird was also hot inside, hard to see out of, and inadequately accommodating of luggage. The ’56 models brought distinctive porthole windows and ‘Continental kit’ external spare wheel. Further, subtle facelifting was done for ’57, most noticeably in the front and rear bumpers and splayed tailfins.

By then, Ford had identified that four seats would hugely expand the T-Bird’s potential market. As so often happens, it expanded everything. 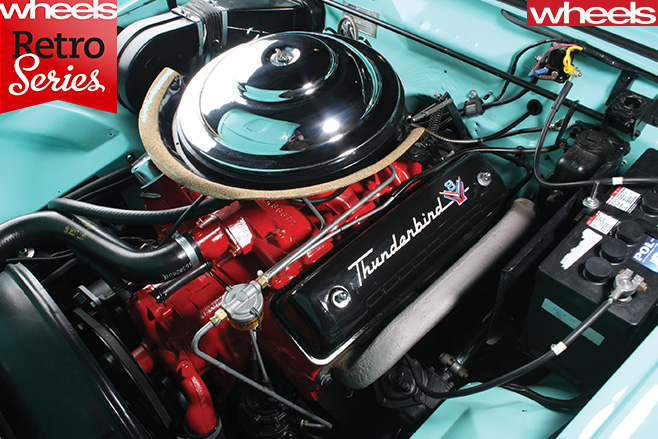 The T-Bird’s Y-block V8 displaced 4.8 litres and had a four-barrel carb and dual exhausts. A bonnet scoop helped fit the air cleaner under the low hood. Ford’s ‘Trigger Torque’ amounted to all of 144kW/380Nm, driving through a three-speed manual, with optional overdrive, or three-speed Fordomatic auto. In ’57 came a limited-build, supercharged 5.1-litre ‘F-code’ option.

The 2590mm wheelbase was 350mm shorter than the sister 1955 Fords. Overall length was 4445mm, while height to the door top was a slinky 868mm. Front suspension was by upper and lower control arms with coil springs, rear by live axle with semi-elliptics. Brakes were hydraulic drums, “double-sealed for all-weather action”.

Thunderbird was a lot of car for $US2700 (about the price of an FJ Holden in Oz); almost 4000 orders were placed in the first 10 days. A nicely sculpted, vinyl-upholstered bucket seat with four-way power adjustment and telescoping steering column suited most sizes. ‘Astra-Dial Control Panel’ featured a tacho and clock as standard. Options included folding soft-top, power steering, electric windows, a $100 radio and a $25 engine chrome accessory kit. 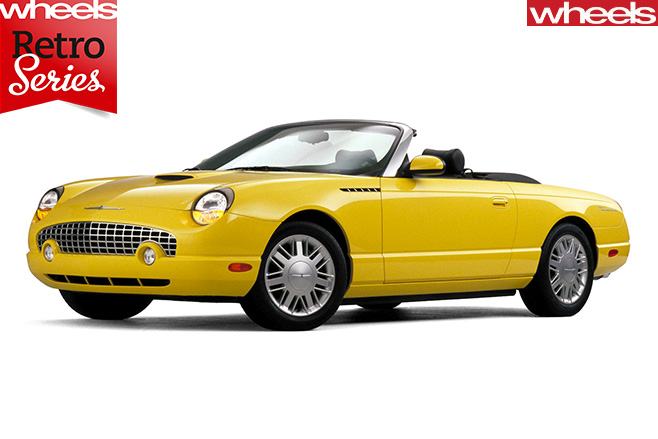 In 2002, after a seven-year break, Ford revived the T-Bird with a retro-styled two-seater, on Lincoln LS/Jag S-Type architecture. It lasted only three years

Ford rejected Hep Cat, Beaver, Detroiter and El Tigre before stylist Alden Giberson suggested Thunderbird. He got $95 and a new pair of trousers

The egg-crate grille (revived with the 21st century model) was no accident; this Ferrari appropriation was incorporated at the clay model stage 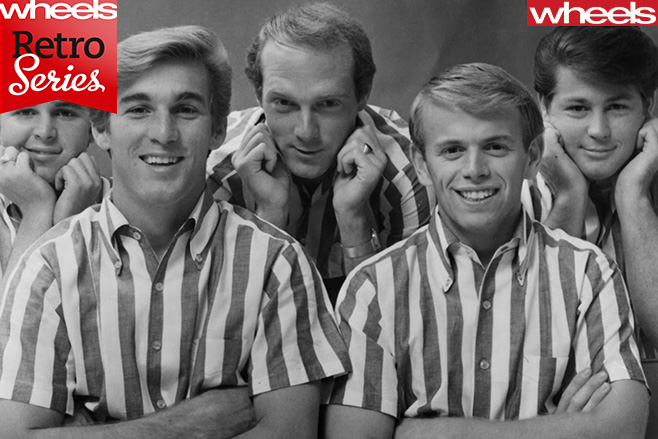 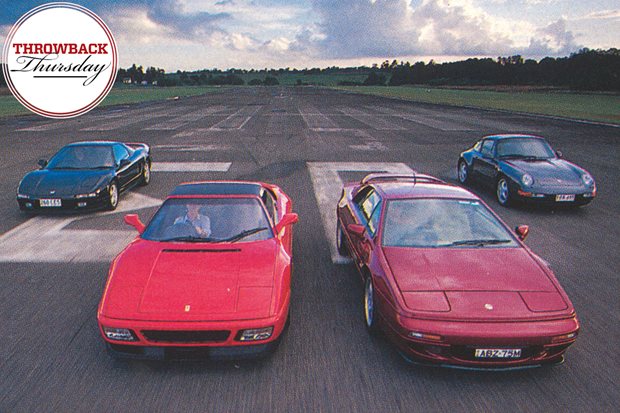 Take $850,000 worth of pin-up performers, whip ‘em along, fling ‘em around, listen and feel. John Carey and a very satisfied test team explore the edges of four exotic envelopes. 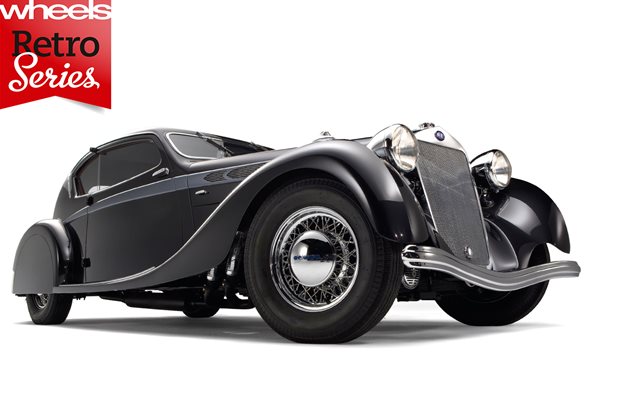 A dashing Frenchman left behind this classic as his legacy. 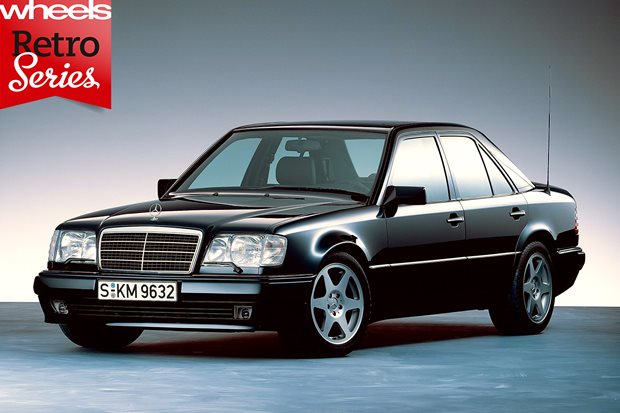