IF FERRARI once fashioned its road cars as being built equally for commuting and competing, it was perhaps never better expressed than in the 250 GT SWB introduced, in coupe form, in 1959. Indeed, Enzo Ferrari himself said of this model: “These are cars that the sporting client can use on the road during the week and race on Sundays.”

In this, he may have been getting a hurry-up in both arenas from the likes of Mercedes-Benz, Jaguar, Aston Martin, Porsche and even the new Chevrolet Corvette in the booming US market. 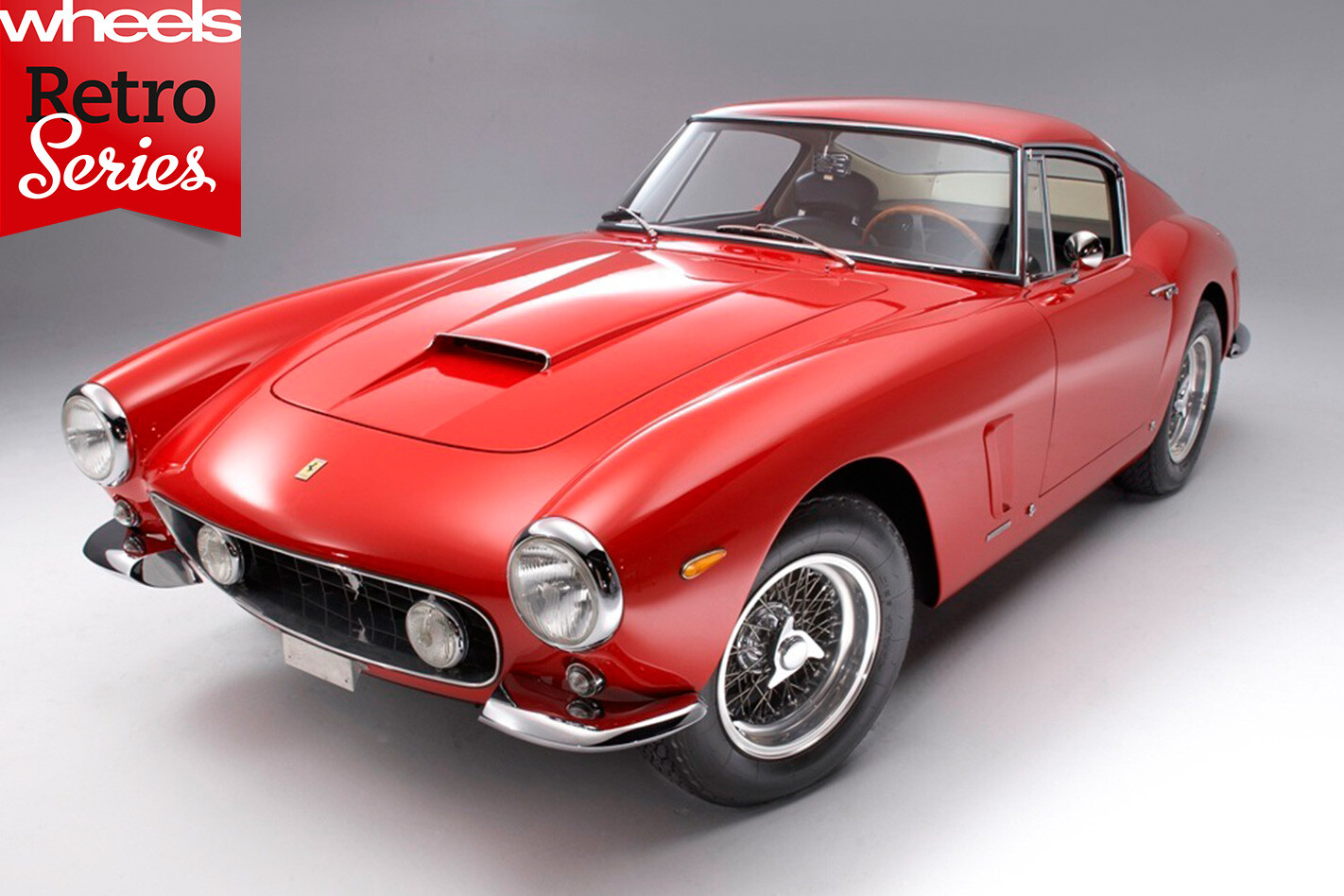 To placate not only its colourful (and race-credentialed) US importer Luigi Chinetti, Ferrari had in 1957 introduced a lovely California Spyder variant on the 2600mm wheelbase of his 250-series.

These Ferrari 250 GT Pininfarina cabriolets, in Series I and II guises, were well equipped and praised for their touring comfort. Several hundred were built.

Concurrently, however, there was the California Spyder, also on the 2600mm wheelbase, but with less equipment, various body panels in aluminium, and mechanicals derived from the more highly tuned 250 GT Tour de France coupe. In 1959, the red mist descended on the 250-series in the form of the 250 GT SWB, a gorgeous berlinetta body clothing a more agile 2400mm wheelbase. It was not inevitable, but it happened in 1960, that the California Spyder also stepped down to the shorter wheelbase – and stepped up to even greater success on Beverly Hills driveways and racing podiums alike.

For all that success, it was one of the most tumultuous times in Ferrari’s history, the increasing meddling of Mrs Ferrari eventually leading to the late-1961 ‘palace revolt’ in which three of the company’s top engineers abandoned the company. From 1960-63 just 56 of the 250 SWB California Spyders were built (following 50 LWB versions), of which about three dozen featured the more deeply set, faired-in headlights like the example shown here.

The rare 250 SWB California Spyder is today among the most sought-after of classic Ferraris – ironically, with no small thanks to a fibreglass-bodied replica with a 1963 Ford V8 and MG-B tail-lights that met an unfortunate, aviating end in the 1986 hit movie, Ferris Bueller’s Day Off. 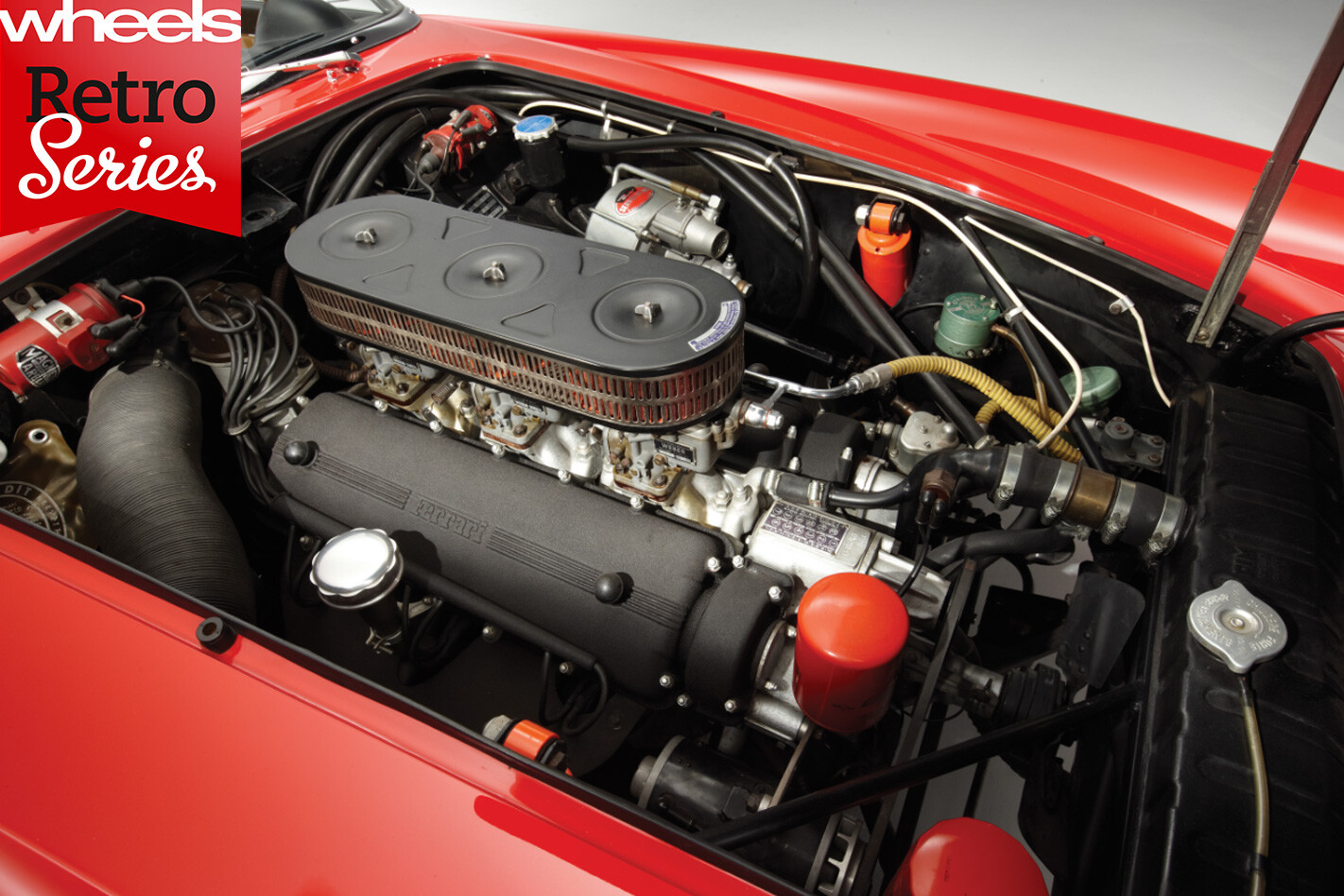 The 2953cc sohc 24V V12 was yet another variant of legendary Ferrari engineer Gioacchino Colombo’s 1947 design, the ‘250’ designation indicating individual cylinder capacity. A seven-bearing, steel-billet crank made it race-tough. Fed by triple Webers, the 250 made 209kW at 7000rpm and 275Nm at 5500rpm, via a four-speed manual. Top speed was claimed to be 270km/h. The same combination of Pininfarina (design) and Scaglietti (coachbuilding) that made the SWB coupes so prized is again evident in the California Spyder. Think classic Italian interior design cues – buff leather bucket seats, woodrim three-spoke wheel, torpedo instruments, simple controls and race-savvy gauges – and they all originated in this era. Europeans and Americans, poseurs and racers alike, lapped them up.

Ferrari’s 250 series was made in two wheelbases, 2400mm (SWB) and 2600mm (LWB). The California Spyder here shared the short wheelbase with its famous sibling, the Ferrari GTO Berlinetta. The simplicity of a steel tube spaceframe, front-mounted engine, coil/wishbone front and leaf-sprung rear kept even the convertible light (less than 1200kg) and fast. Four-wheel discs hid behind 15-inch Borrani wire wheels. 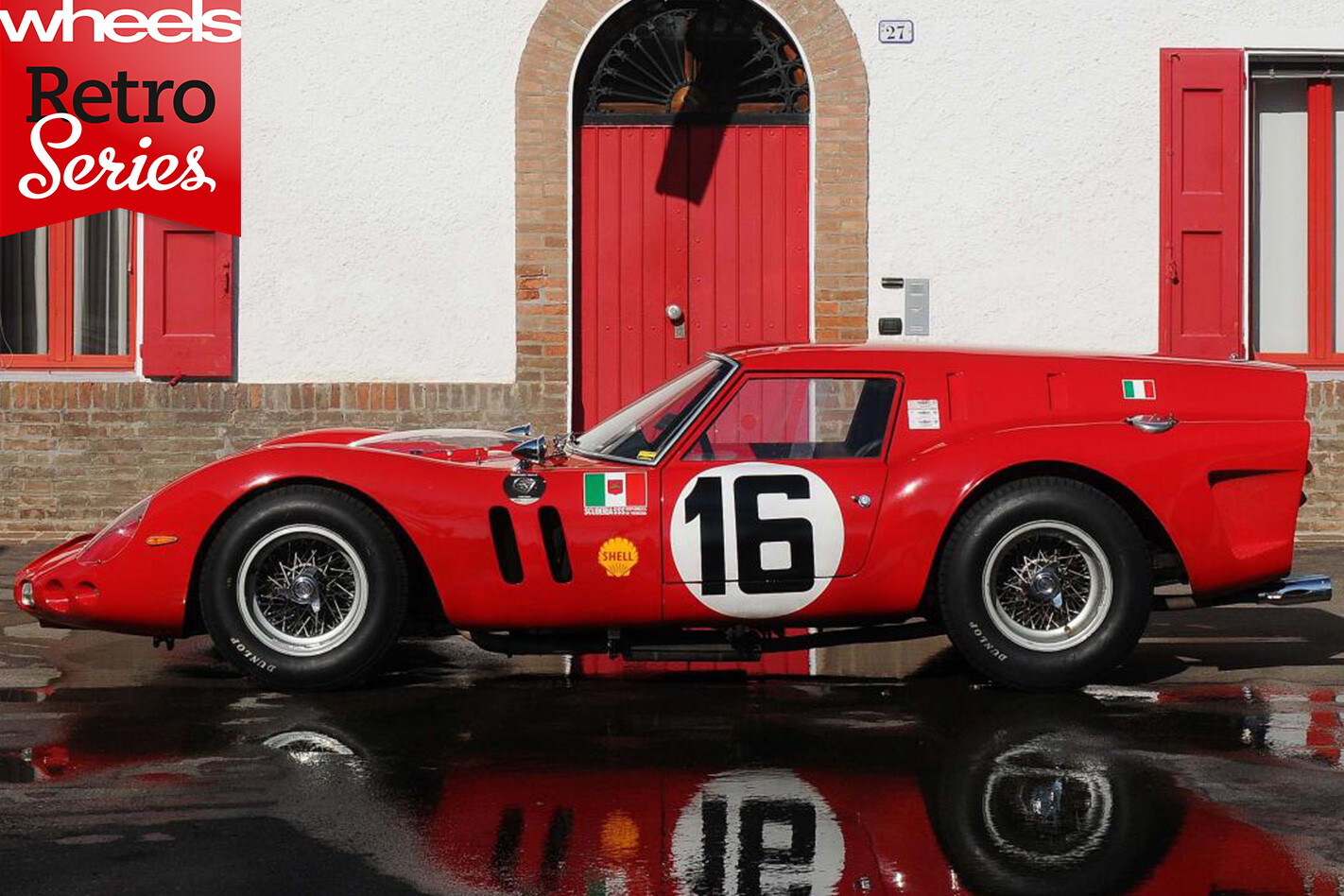 It’s one of the 1980s’ most famous film cars, but director John Hughes’ original Ferris script called for a “Mercedes AMG”

Talk about a who’s who of cool: 250 SWB California Spyders were owned by Steve McQueen, Clint Eastwood and James Coburn