When turbos first ruled the world, Mitsubishi was at the forefront.

WHAT was the most famous turbocharged car launched in 1982?

KITT, the Pontiac Firebird Trans Am that starred in Knight Rider, was a forced-induction fake, but it probably marked the year in which turbocharging left the realms of European exotics and filtered down to more affordable machines.

Mitsubishi was early to the force-feeding party with its four-cylinder ‘Sirius’ engine. It developed a turbocharged version of the 1.8-litre 4G62 for the rally-destined Lancer EX1800 in 1980, and soon followed with the turbocharged 2.0-litre 4G63.

The rear-drive Mitsubishi Lancer EX2000’s econobox body hardly sizzled with sex appeal. As Mitsubishi prepared to emerge from part-owner Chrysler’s shadow in the US, it was only too aware of what the Nissan Z, Toyota Supra and Mazda RX-7 coupes had done for their respective brands. 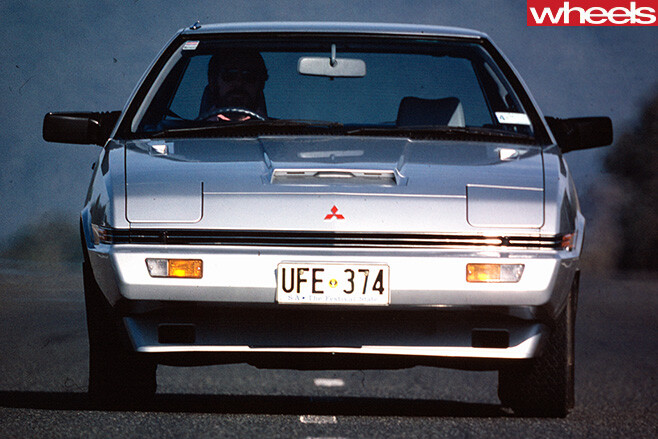 The Starion was launched at the 1982 Geneva show. In an era when James Bond drove a Lotus Esprit Turbo, the Starion’s origami angles hit the spot. Perhaps surprisingly, its claimed drag coefficient was a commendable 0.32.

The Starion’s rear-drive chassis was derived from the hot version of the Galant Lambda coupe, which was sold in Australia as the Scorpion. This brought a decent suspension spec, including a four-link independent rear, and a limited-slip differential was available as an option. 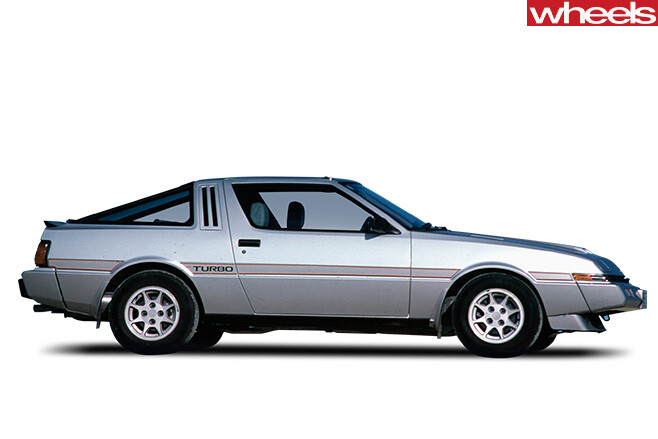 Mitsubishi positioned the Starion as a luxury two-plus-two, so it was well-equipped. Beyond the novelty of door-mounted seatbelts, the front cabin compartment was as accommodating as the rear wasn’t. Contemporary criticism of the interior centred on the bland styling and shiny plastic.

The Starion landed in Australia amid a boom in production-car racing, and was soon a front-running favourite in the hands of drivers including Brad Jones and Peter Fitzgerald. It was less successful in Group A, despite the development skills of Kevin Bartlett.

Early JA-JB Starions were well regarded for their road-going performance, but the final JD (1986-89), which introduced a handsome wide-body variant (sadly, not sold in Australia), was hobbled by the dreaded unleaded petrol, dropping outputs to 110kW/222Nm. 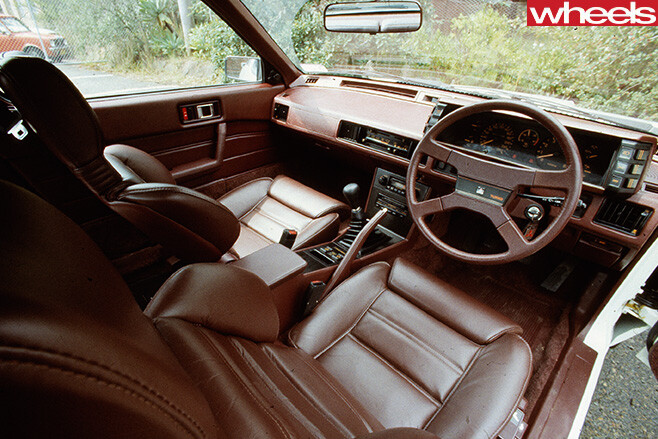 The Starion was here for a good time, not a long time. Starion and its sister 2.6-litre Plymouth and Dodge-badged Conquest versions, which sold directly against it in the US, ran down Mitsubishi’s Nagoya production line for just seven years.

Bin there, done that

STARION was a clever parts-bin project, borrowing the platform of the Scorpion coupe, albeit on a slightly shorter (2435mm) wheelbase. Suspension was by MacPherson struts up front and a four-link independent coil-sprung rear. Anti-roll bars, gas dampers and ventilated discs featured at both ends. Main dynamic disappointment was the vague recirculating-ball steering.

AUSTRALIAN-spec 1997cc single-cam injected engine provided 125kW at 5500rpm and 245Nm at 3500rpm. The counter-rotating balance shafts made it smooth as well as swift, but it suffered from lag. With a five-speed manual gearbox (a four-speed slusher was optional), we clocked the Starion from 0-100km/h in 8.9sec and 0-400m in 16.2sec (Sept ’82). Later JD wide-bodies with blistered guards (not sold in Australia) added intercooling. 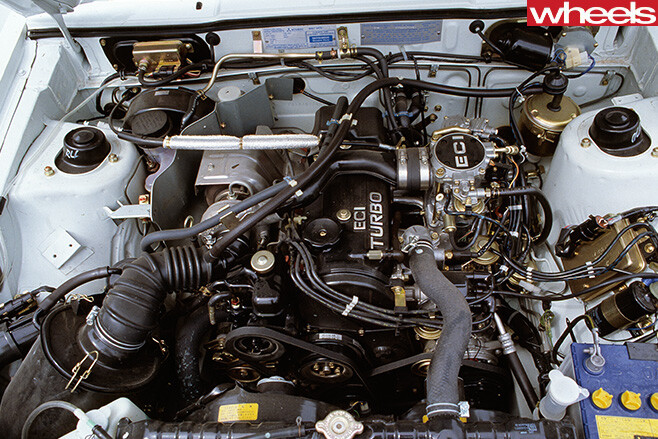 Mitsubishi Ralliart developed a 1050kg 4WD Starion for Group B rallying, but the category was axed. 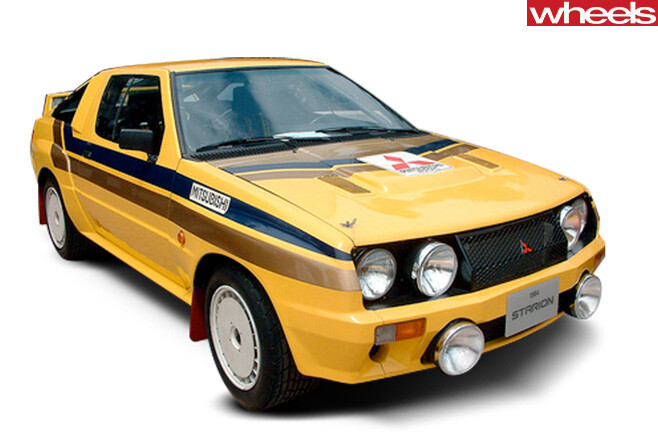 Starions proved fragile in Group A, though Scott/Nakaya claimed fifth at Bathurst in 1987 after the Sierra exclusions. 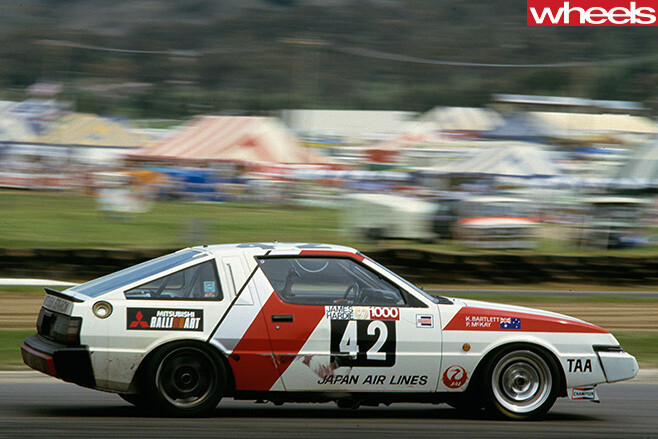 Mitsubishi claimed it was a blend of “star” and “orion”, though urban legend insists it should have been “stallion” and was a Japlish miscommunication