It had to be built here, it had to be seen as great in its time, and still worth the title today.

We asked Wheels staff, current and former, to vote in a secret ballot, and these are the results, ranked from 10 to 1. Prepare to be surprised.

How could Australia's only contribution to the world's vocabulary of automotive styles not make this list?

Young Lew Bandt was the only designer employed by Ford Australia in the early 1930s, when the company's management thought it might be worthwhile building something suggested in a letter from the wife of a Gippsland farmer.

The problem was that the car-based utes of the day were crude. Functional load carriers for sure, but cramped and uncomfortable to ride in, and lacking any hint of stylishness. The farmer's wife yearned for something better. 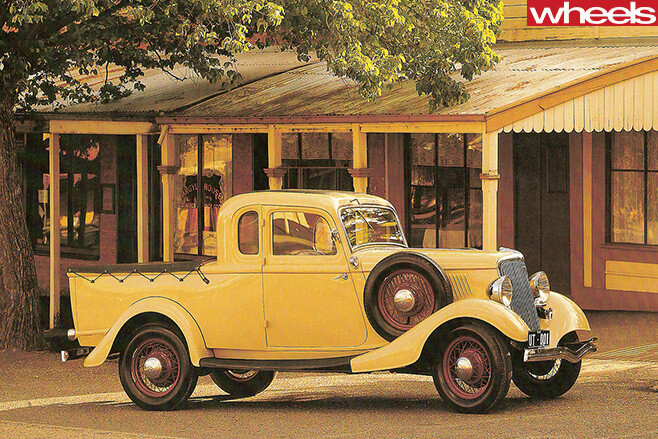 Turning her dream into reality became a job for Bandt, then in his early 20s. His solution was based on Ford's sidevalve V8-powered 40A Coupe. Instead of the tacked-on, separate tray of earlier utes, Bandt's design clothed the cargo compartment in a smooth continuation of the coupe's bodywork. It looked good, the coupe-size passenger compartment was roomy, and banks would loan farmers money to buy it.

The influence of Ford Australia's 1934 Coupe Utility can be traced all the way to today's Commodore Ute, but Bandt's brilliance also reached across the Pacific Ocean. In the late 1950s first Ford, then Chevrolet, launched long-running model lines that owed a conceptual debt to the idea of the young Australian. Americans probably imagine their Ranchero or El Camino is as American as apple pie, but they're the brainchildren of a bloke who undoubtedly preferred his portable pastry filled with meat.

Australians were to make the HQ the best-selling Holden of all time, buying close to half a million of them between 1971 and 1947. But that unrivalled sales tally of 485,650 isn’t the reason it’s here. This wasn’t a perfect Holden. Anyone who’d thumbed through the 1971 Car of the Year issue of Wheels would have known the HQ didn’t win because it was built for comfort, not for speed… not corners, either, for that matter.

’Jet-smooth ride’ was the advertising promise, and the slogan’s emphasis on ride comfort was no accident. The HQ featured Holden’s first all-coil spring suspension, but American managing director George Roberts had insisted it should ride like a Cadillac of the day. Sadly inevitable was that it would also handle like one. Still the HQ does deserve inclusion among Australia’s greats. 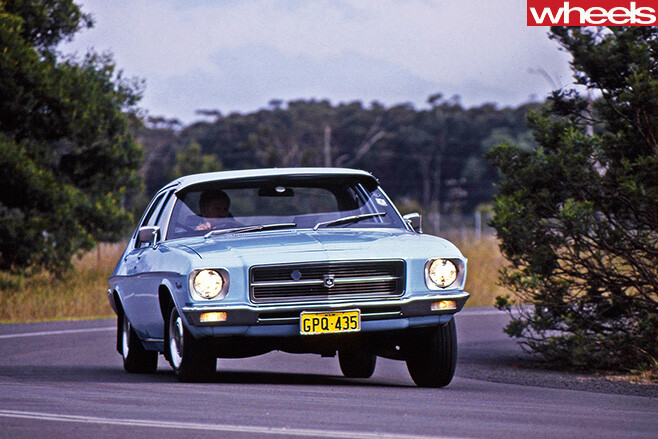 It was the first really all-new Holden since the 48-215, but unlike the first Holden, the Holden HQ was engineered here. And the company made the most of the opportunity. As well as the Belmont, Kingswood and Premier sedan line-up, there was a wagon, a ute, a panel van, a coupe, a cab-chassis ute and a long-wheelbase luxury version. It was a massive effort, and highlighted the design and engineering ingenuity of the Australian industry. Holden’s engineers also endowed the HQ with a very tough monocoque body. It was a car that could take punishment, when most roads dished it out by the bucketful.

The HQ also must be numbered among the best-looking cars Australia has produced. A Pontiac designer on loan from Detroit, John Schinella, styled the HQ, with plenty of help from young Australians in Holden’s studio.

Its remarkably slim A-Pillars and great forward vision are reminders that, in some ways at least, the past really was better.