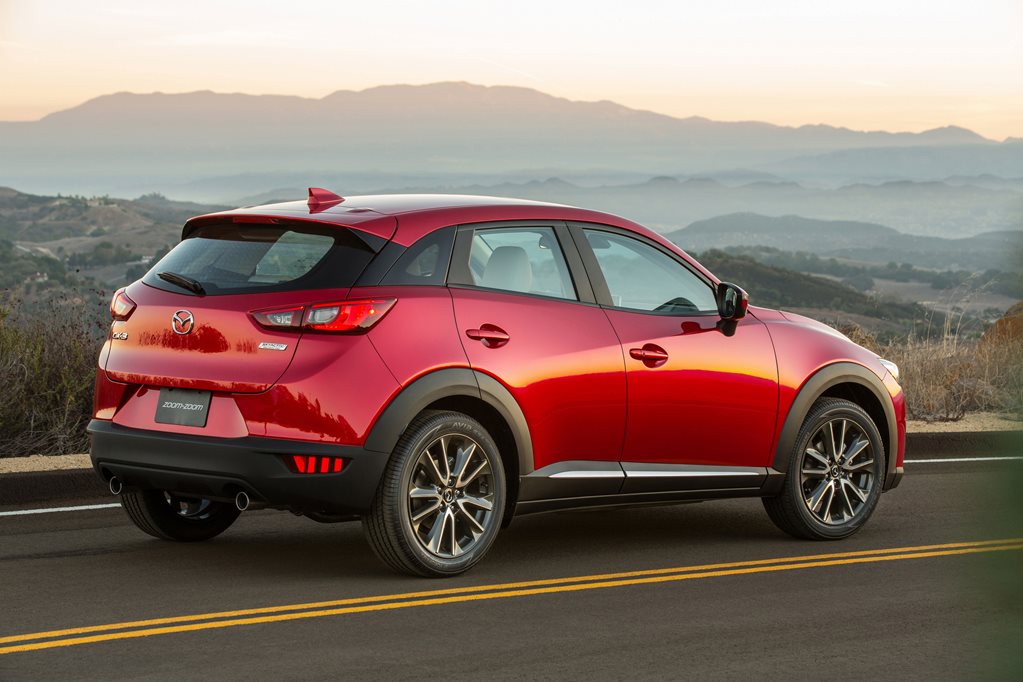 Teacher’s pet. Having taken a rest from massive growth over the past decade Mazda is poised to jump back on the horse and get the chart pointing north again. There’s little reason to doubt the CX-3 will be anything other than another class leader from a brand doing so much right.

Teacher’s pet. Having taken a rest from massive growth over the past decade Mazda is poised to jump back on the horse and get the chart pointing north again. There’s little reason to doubt the CX-3 will be anything other than another class leader from a brand doing so much right.

FEW brands selling cars in Australia have had as many reasons to pop the champagne corks as Mazda since the turn of the century. It was the first import-only brand to crack 100,000 sales, and the Mazda3 was the first imported car to top the local sales charts.

More impressive is the long-term growth from a brand that has religiously stuck to its “Zoom-Zoom” marketing philosophy. While the brand is on track for its second successive year of lower sales – just – it has otherwise been on a steadily upward path since 1999.

The key appears to have been consistency, listening to customers and getting the basics right.

While there are plenty of segments Mazda doesn’t play in, it tends to be extremely strong in the ones it does. The Mazda 2 and CX-5 lead their segments, while the Mazda 3 is consistently one of the top two selling small cars. And the Mazda 6 is a clear number two in the medium segment, beaten only by the locally-produced Camry.

Throw in almost 15,000 ute sales and a few thousand from the ageing CX-9 and Mazda’s annual total is one many are jealous of.

Some older models in the last couple of years have taken the gloss off the growth, but the overall tally has been one of envy for many rivals.

FROM one big year to the next: Having ushered in all new 3 and 6 ranges over the last few years Mazda more recently replaced its 2; the impressive light car will get to prove its mettle in 2015 and has the substance to maintain its segment-leading ways.
The update to the 6 unveiled at the LA motor show will arrive here early in 2015 bringing styling tweaks and more equipment. Inside, too, the 6 gets a major update with much of the upmarket infotainment controls from the Mazda3.
Similarly, Mazda’s CX-5 will get a facelift to maintain interest and improve the value equation, again picking up the revised interior systems and better controls.
Then there is the all new MX-5, a car that’s been eagerly awaited – short of the conspicuously absent RX models it is the image hero in the Mazda lineup ¬– and represents the biggest change to the two-seat roadster since its introduction in 1989.

FEW brands have as many targets on their backs as Mazda. Having barely put a wheel into a kerb for the best part of two decades, Mazda has the all-important, more lucrative private buyers queuing up to own one.

If you added up the brands keen to take a chunk out of Mazda’s market share, and how much they each wanted, there would be no pie left to carve up.

Top of the list is Toyota, which is eager to claw back the sales Mazda has stolen from it over recent years. The battle to keep Corolla at the top of the sales charts is testament to that, while the CX-5 – Australia’s best-selling SUV – is another model that Toyota would love to take down with its RAV4, the car that popularised the light duty SUV segment back in the 1990s. The rest of the market is also trying to work out how to emulate Mazda’s successful formula.

Subaru, too, could inflict some damage on the fickle mid-sized market with its new Liberty.

Hyundai is also an emerging threat; the South Korean brand is consistently attracting buyers who previously would have tended towards Japanese brands – and that means some would-be Mazda customers.

Volkswagen is a brand that also potentially talks to Mazda’s buyers; once it moves on from its recall-induced sales downturn it could prove harmful.

But Mazda’s challenges are not just external. It also faces the likelihood of sales cannibalisation. The Mazda 3 has been running hot and it’s likely some of those would-be buyers may consider a CX-3 instead.

One bonus could be the imminent implementation of the Japanese free trade agreement, which would allow more margin (which could translate to extra equipment or lower prices) on some important models, including the 3, 6, CX-5 and CX-9 (the Mazda 2 and BT-50 are out of Thailand, where there is already and FTA, so the five percent import tariff on Japan-sourced models doesn’t apply).