The current 3.2-litre turbo-diesel five-cylinder diesel engine (with six-speed auto), along with the existing 2.2TD, carry over as engine options for the rest of the Ranger line-up. 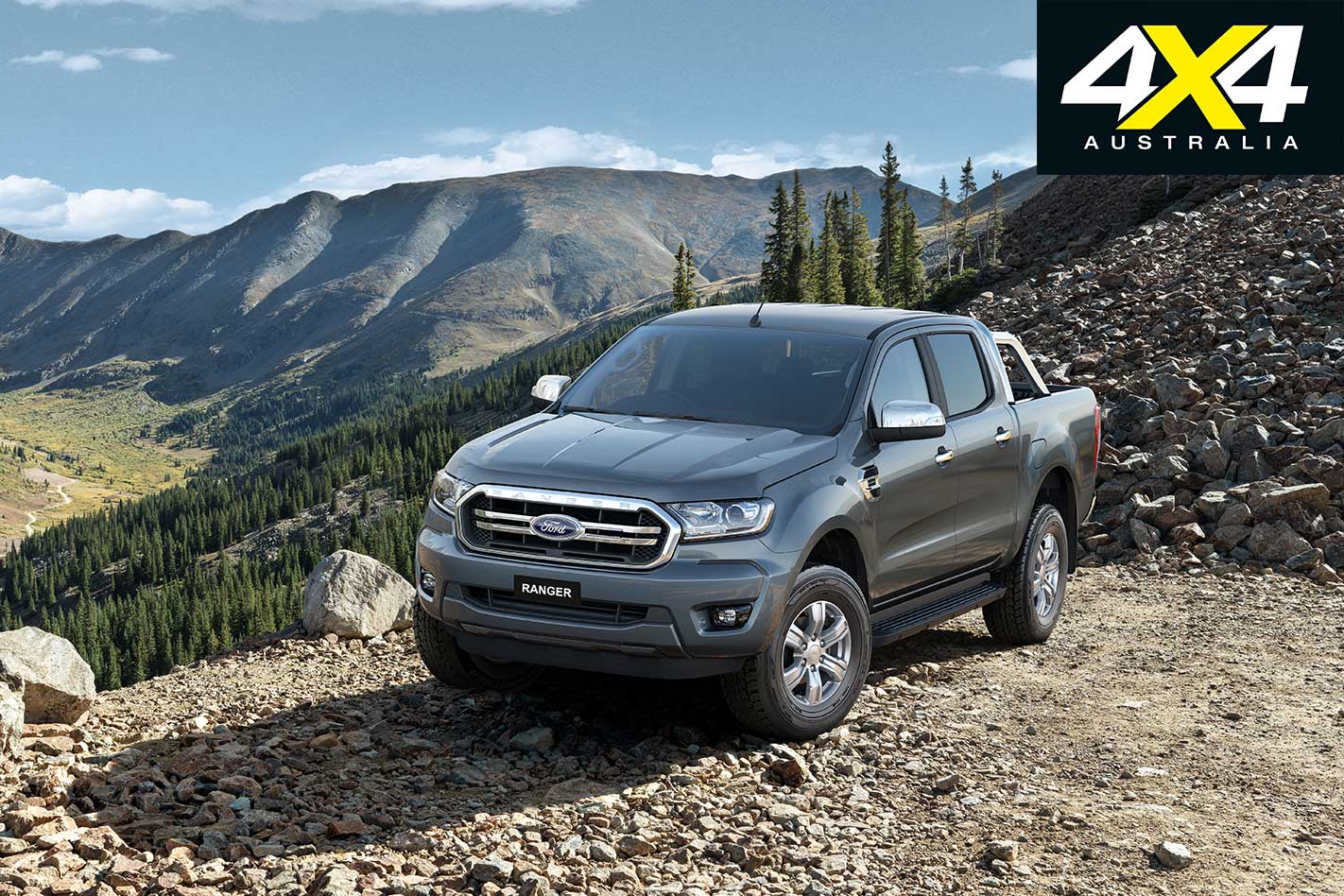 Models with this new powertrain will gain the Raptor’s Terrain Management System (TMS) although, disappointingly, for those looking to unleash their inner desert racer, the Raptor’s ‘Baja’ mode will remain exclusive to that model.

Interestingly, the 2.0BT-equipped Rangers (with leaf-spring rear) will boast the same 3500kg towing capacity as the 3.2TD variants (as opposed to the Raptor’s lower tow rating), but with extended service intervals.

Ford is claiming that the Ranger’s ride and handling has been improved for 2019, by repositioning the front stabiliser bar and adding a new front damping tune (plus altering recommended tyre pressures).

Ford says the resultant geometry changes will offer drivers a lift in ride and better handling, along with improved NVH levels. Wheel sizes remain the same, with the mid-spec XLT still rolling on 17-inch alloys and the top-end (bar Raptor) Wildtrak sitting on 18s.

Other updates for 2019 include the addition of standard Autonomous Emergency Braking (AEB) with Pedestrian Detection and Vehicle Detection on the upper-tier models (on Ranger Wildtrak; available as part of a tech pack for XLT). This system works by using radar and camera tech to stop the Ranger if a vehicle or pedestrian is detected, and it functions at speeds above 3.6km/h. To ensure this system doesn’t intrude during off-road driving, it can be switched off. 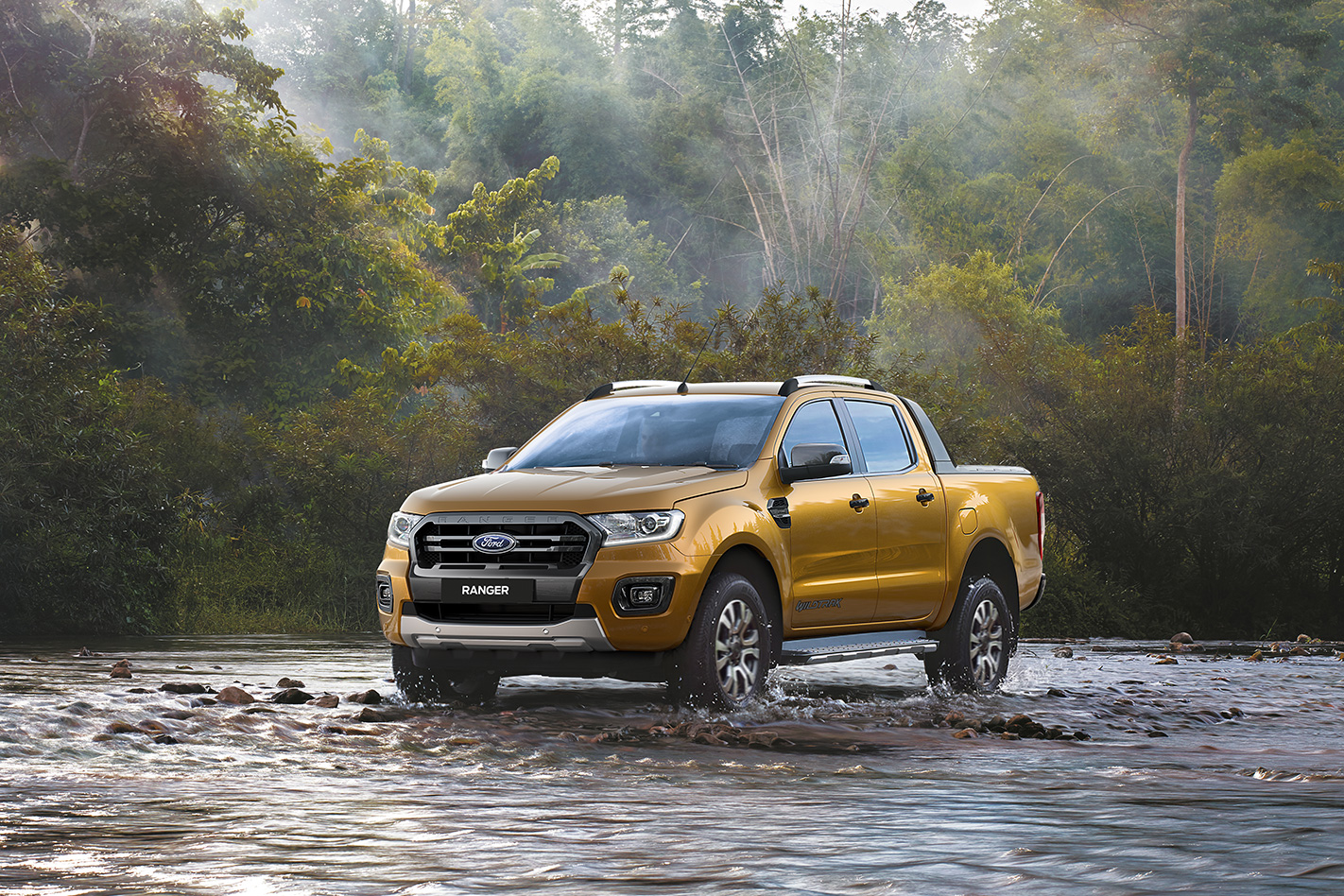 Another new safety feature for Wildtrak is Lane Keeping Alert and Lane Keeping Aid. As their respective names suggest, they firstly alert the driver of “unintentional lane departure” and then re-direct the vehicle if the driver doesn’t take action. These safety systems do not come into effect until 65km/h speeds are reached, ensuring urban driving is unaffected.

Keyless entry is now standard across SLS, XLT and Wildtrak models, and PEPS (Passive Entry Passive Start) tech allows you to open any door on the vehicle, not just the driver’s door (and including the hard tonneau cover on Wildtrak).

Wildtrak also cops another handy feature: an “easy lift” tailgate that incorporates a torsion rod to provide assistance when lifting. This also means the tailgate won’t drop suddenly when opening. Rather, it will drop slowly under its own weight. 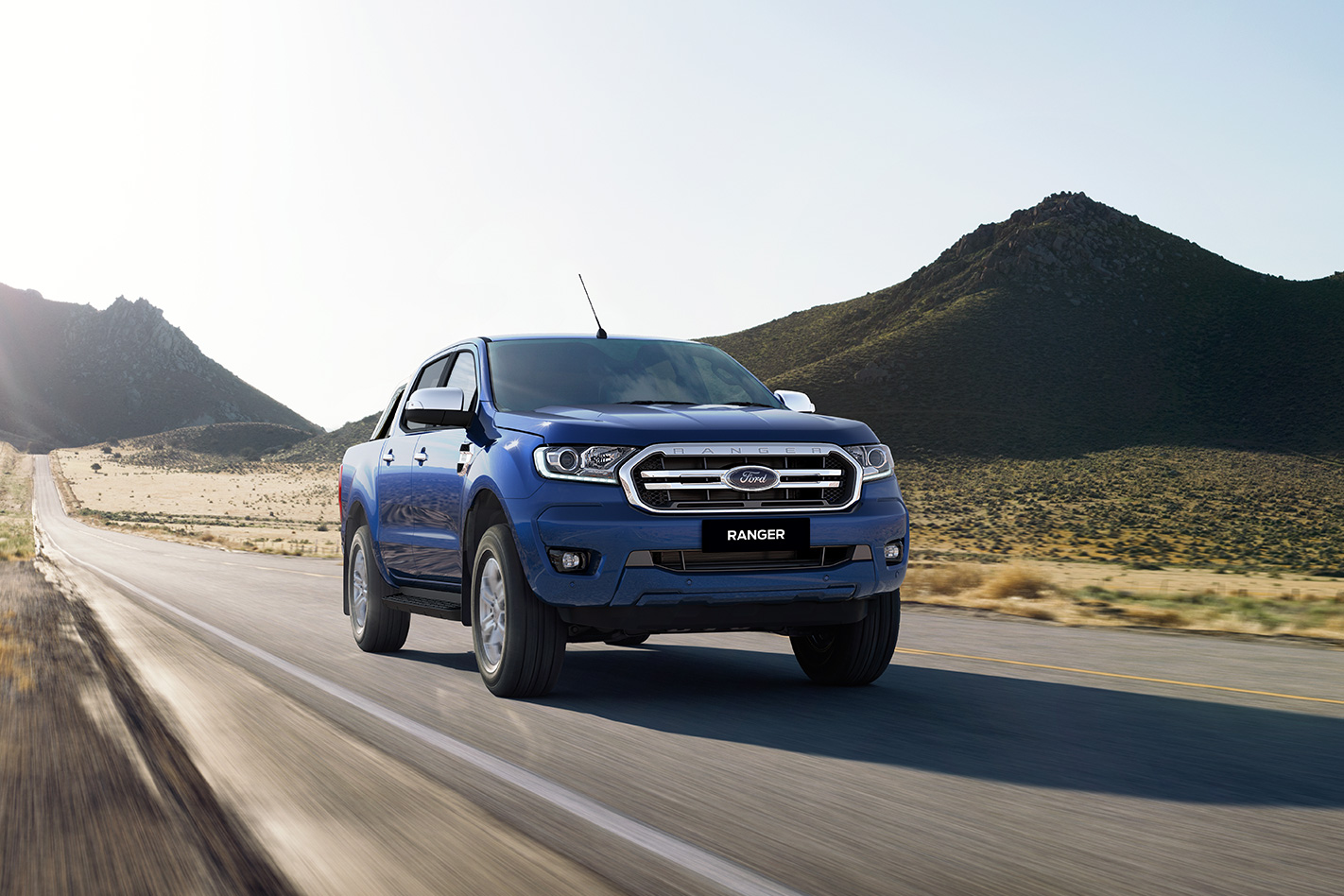 The Raptor influence is evident in both the interior and exterior styling of the new Ranger line-up, with plenty of dark trim colours (read: black and grey) inside, plus a redesigned gear shift (Everest will score this, too).

The material used in the Ranger seating is claimed to be more durable, with leather trim carrying over as an option on XLT, and Wildtrak receiving more distinctive stitching and trim to separate it from its siblings. 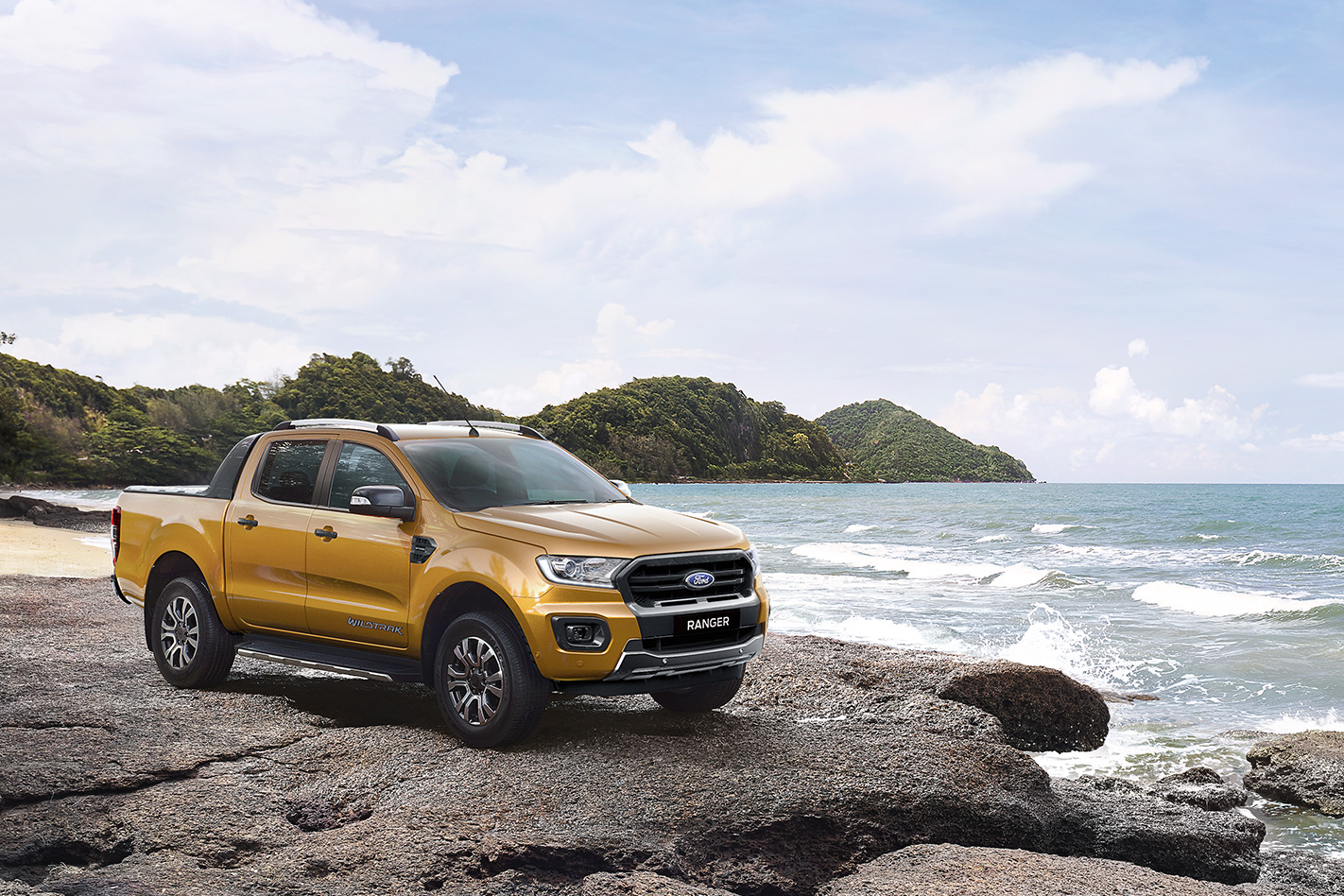 For 2019 Rangers, owners will get SYNC 3 map updates for up to seven years, provided the vehicle is serviced by Ford dealers. The SYNC 3 map setup also allows off-road tourers to record any unmarked excursions as on-screen ‘breadcrumbs’, thus allowing you to retrace your steps if need be via this recorded info.

Proving when you’re on a good thing, stick to it, the Ranger exterior has only had subtle styling changes, with most aimed at further differentiating the models within the line-up. This includes a new rich orange hero colour – dubbed ‘Sabre’ by Ford and exclusive to Wildtrak.

With the option of an all-new engine/drivetrain (one that has been subject to more than 5.5 million kilometres of testing), combined with the alternative of the tried-and-true 3.2TD and six-speed auto, and general improvements across the range (including that five year/unlimited kays warranty) Ford has ensured the Ranger will continue to remain at the top end of the vehicle sales results in Australia for a while yet.

The updated 2019 Ford Ranger line-up should be available in dealers around September 2018. 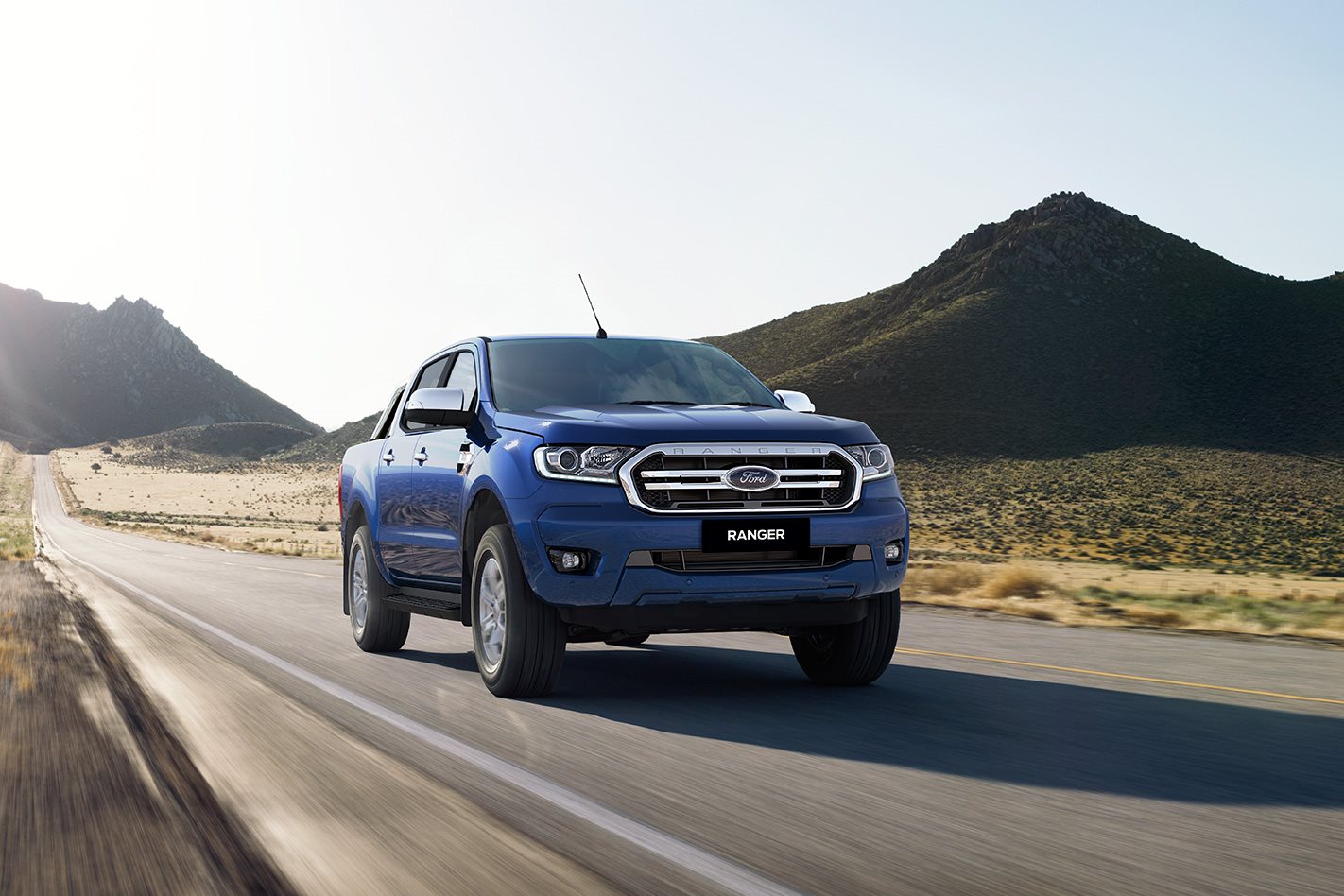 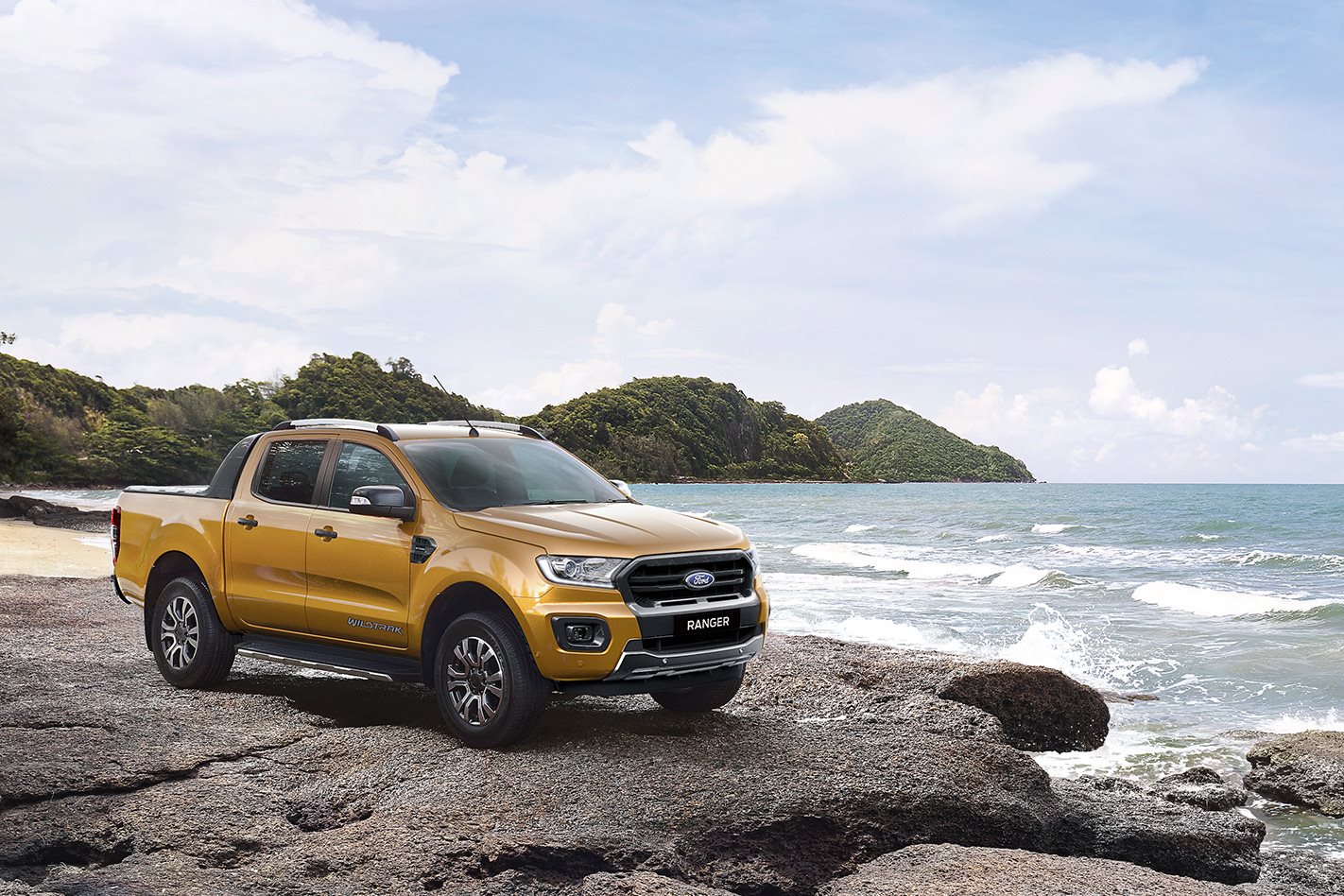 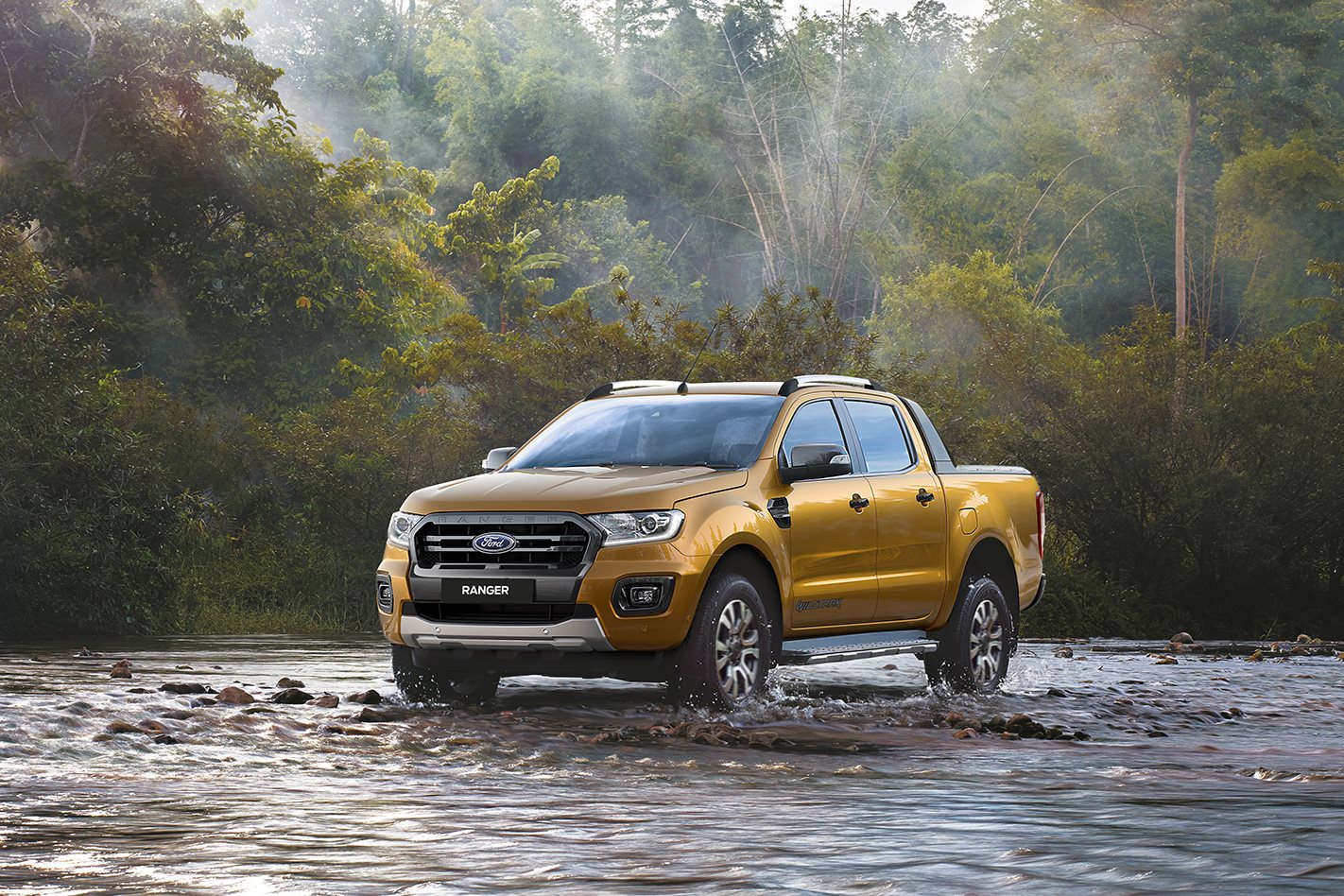