A FACELIFTED version of one of Australia’s best-selling cars – the Ford Ranger – has been spied in Thailand ahead of an official reveal expected early next month.

The new-look Ranger – last year it was Australia’s second best-selling vehicle behind the Toyota Hilux – was snapped driving around an industrial park in Thailand, near to where it will be built. It features evolutionary changes that will carry the existing trade ute platform through to an all-new model due next year that will also herald the vehicle’s introduction to the US market for the first time. 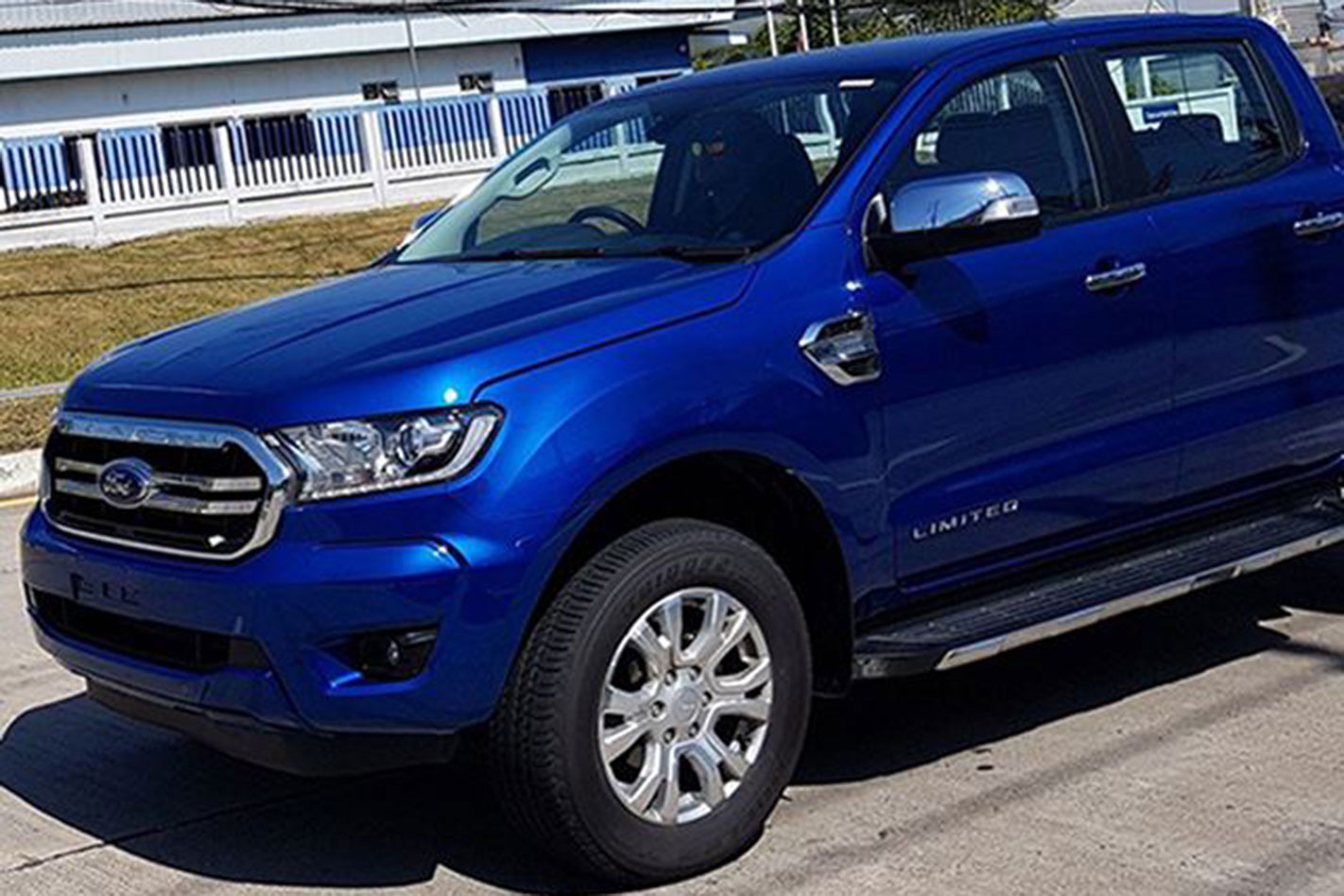 The most noticeable change is the grille, which adds a chromed bar on the top edge with the word “RANGER” etched into it. Meanwhile, the single chrome bar carrying the Ford emblem becomes a pair of chrome strips. The headlights framing the new-look grille appear to be carried over from the current version of the Ranger.

This version of the Ranger appears to adopt more of Ford’s New Edge design elements that tie in with the car maker’s growing family of SUVs, such as the EcoSport, Escape and Everest, and the upcoming Endura large five-seater that fills the void in the showroom left after the loss of the Territory.

This right-hand-drive model wears a “Limited” badge denoting this is the top-spec version of the dual-cab Ranger sold in Thailand and Britain. 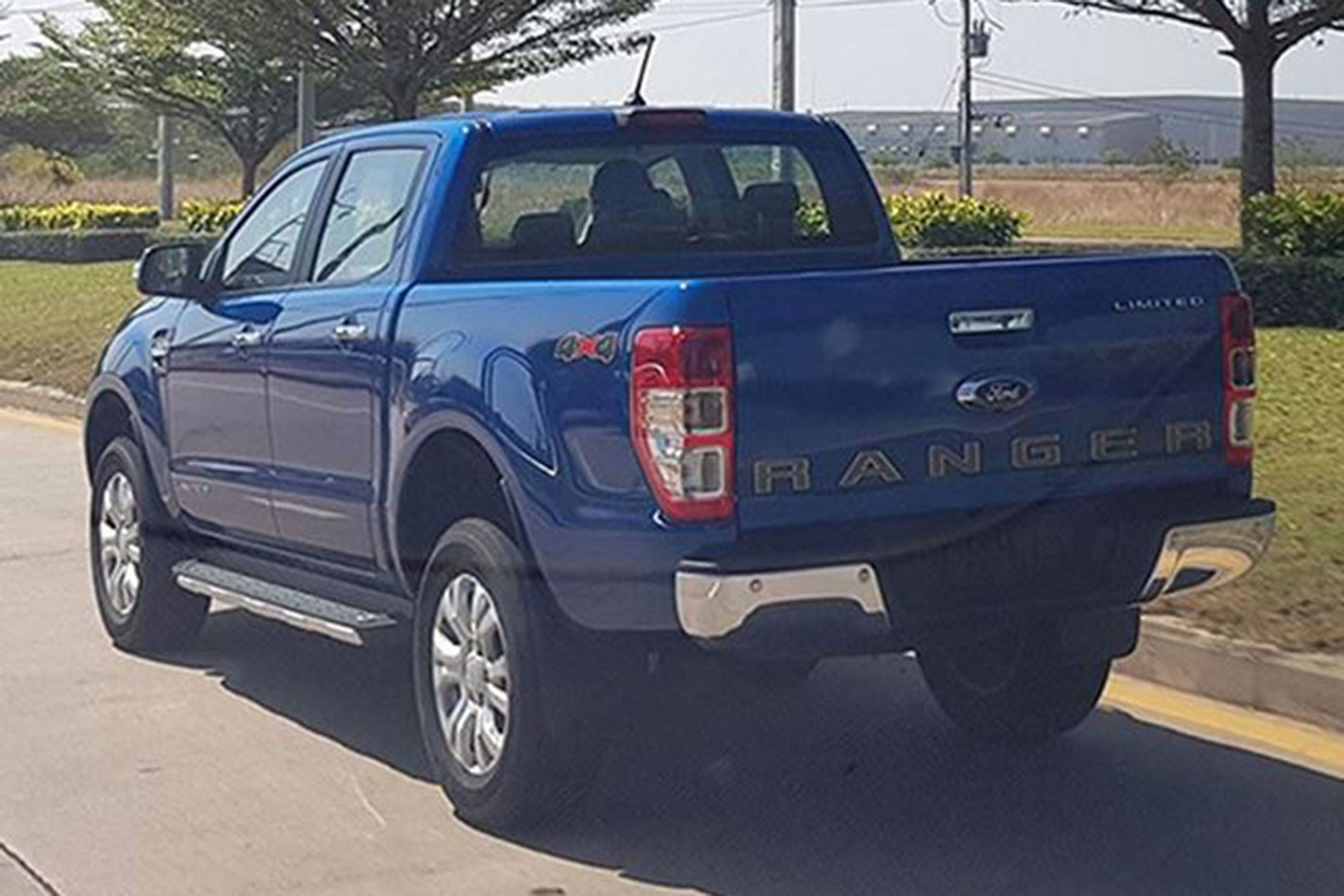 Of note, though, is that this model doesn’t yet carry the porthole in the rear window that would flag it as ready for entry to the potentially lucrative US market, but it does shift the bee-sting antenna from the leading edge of the roof to the trailing edge.

Down the back, little if anything appears to have changed.

Ford is planning a reveal for the Ranger Raptor, a more hardcore version of the trade ute, in Thailand on February 7 – hinting that the facelifted Ranger could also have its first official outing at the same time. 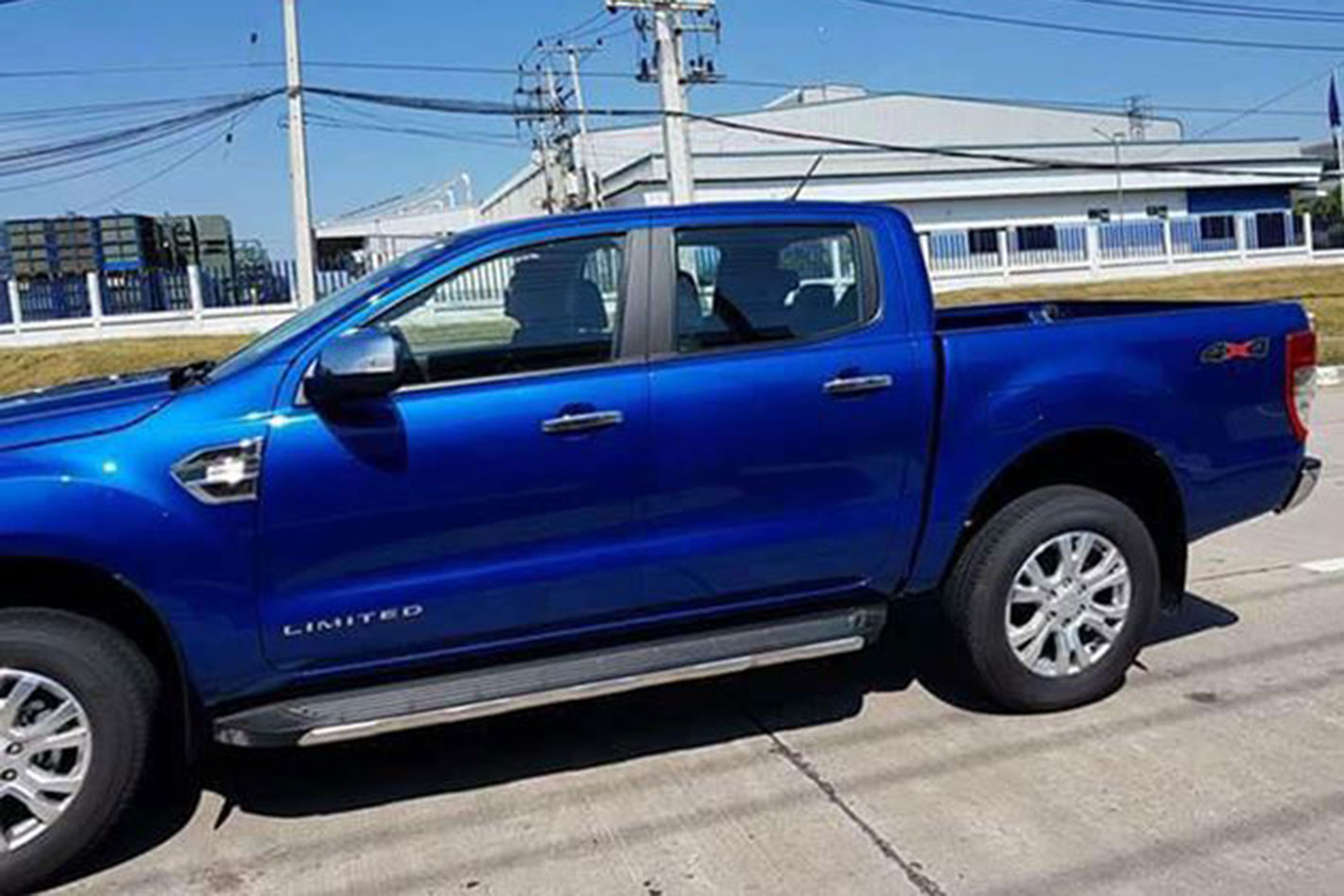 Speculation is still rife about what will power the driver-focused version of the Ranger, although reasoning – and a few hints in an official video teasing the Raptor – points to a twin-turbo four-cylinder diesel engine instead of the 3.5-litre Ecoboost turbocharged V6 expected to launch in the US market.

Other Raptor modifications are expected to include Everest-style rear-strut towers replacing the load-bearing leaf springs used on the more commercial use-focused versions, and rear disc brakes replacing the tow-friendly rear drums. As well, it will introduce a 10-speed automatic gearbox – a big leap from the six-speed version used today.

The Ford Ranger Raptor is expected to launch in Australia later this year.