Where SUV models traditionally play dirty simply of the offroad kind, this Audi RS Q3 Performance is throwing mud around in power-game circles.

Adding a ‘Performance’ version to an RS model range seems tautological but it has become Audi’s latest thing to do – first with RS6 Avant and RS7 Sportback last year, and now with its smallest SUV model.

Since the RS Q3 shares its 2.5-litre turbocharged five-cylinder engine with the RS3, it’s perhaps little surprise that eventually the older SUV would absorb the increased power outputs of the newer hatchback. 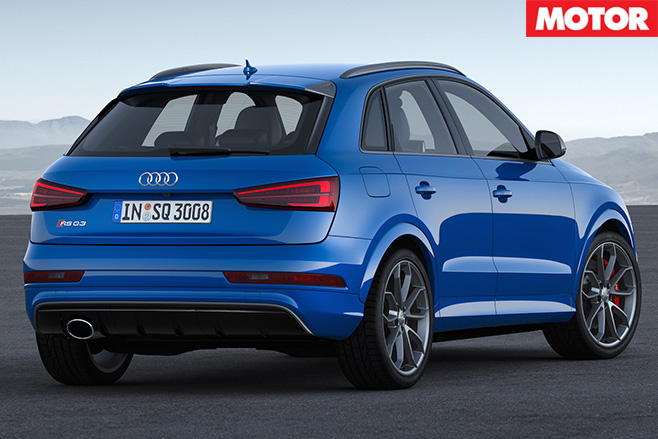 The RS Q3 Performance sprints from zero to 100km/h in a claimed 4.4 seconds, which is four-tenths speedier than before and only a tenth off the RS3’s claim. 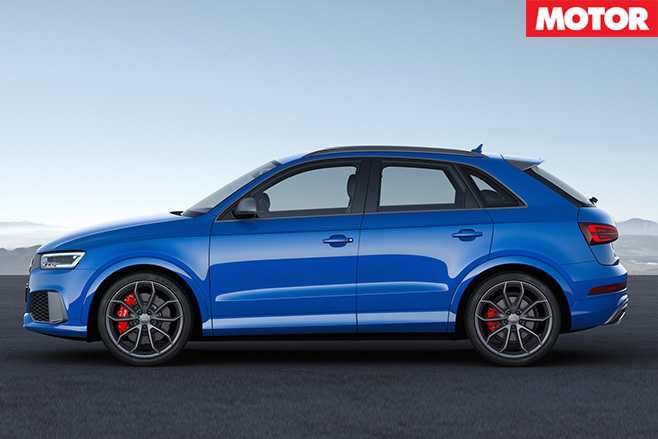 Consider that when Mercedes-AMG gave the upgraded power and torque of its A45 (an RS3-beating 280kW/475Nm and 4.2sec 0-100km/h) to its GLA 45 sibling, the small SUV claimed a 4.4sec 0-100km/h. This time, then, Audi is hurling the brown stuff back by refusing to be a tenth slower – or more pointedly, not allowing AMG to claim it has the fastest small SUV in the land.

While fixed sports suspension remains standard on the RS Q3 Performance, three-mode adaptive chassis technology is optional as per the standard version. Likewise 20-inch alloy wheels are included, though the new edition exclusively gets ‘titanium look’ exterior trim and availability of Ascari blue metallic paint teamed with part-blue seats and stitching in an optional design package. 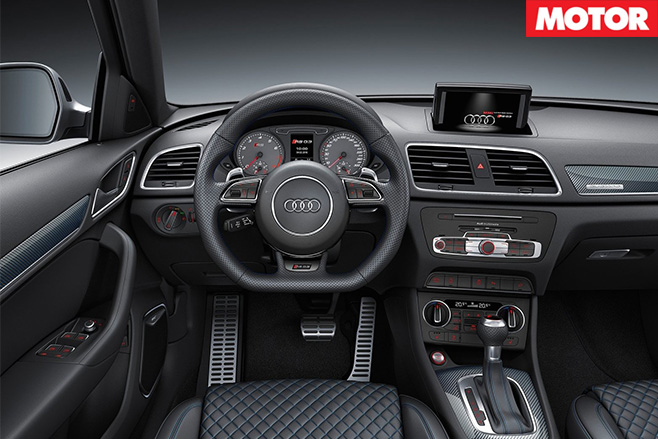 Inside, diamond-pattern Nappa leather/Alcantara sports seats are standard, where they are optional on the standard RS Q3.

The RS Q3 Performance will officially debut at the Geneva motor show in the first week of March, and is confirmed for an Australian arrival “before the end of 2016” for an unspecified premium over the $81,510 regular model. 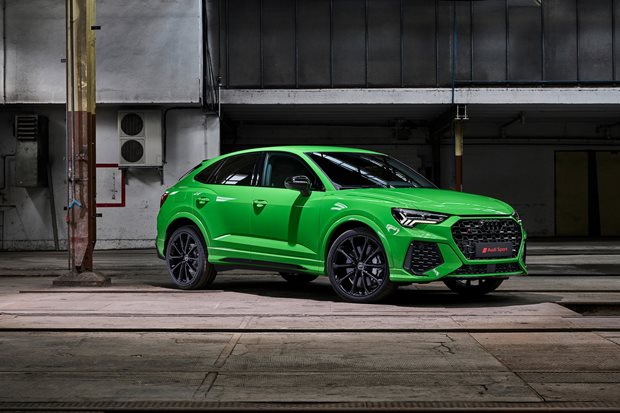 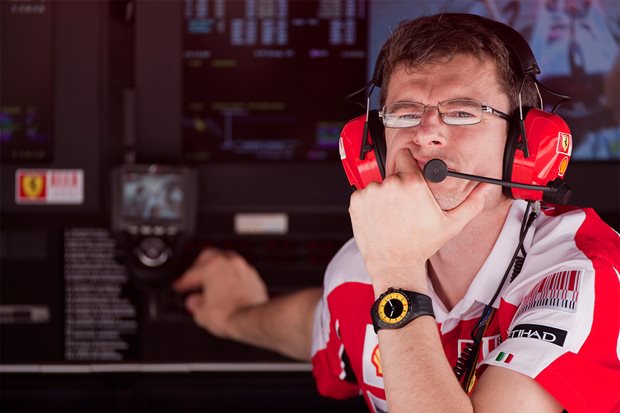 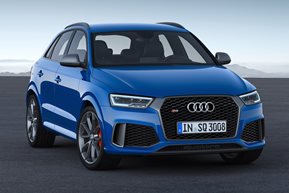