Three new SUVs, a high-performance AMG sports sedan and a dedicated family of electric cars headline Mercedes-Benz’s plan to add ten new body-styles to its 32-strong range within the next four years.

MERCEDES-Benz’s bold new product strategy will add at least 10 extra body style vehicles to the 32-strong existing range within the next four years, Wheels has learned.

Mercedes board member for sales and marketing, Ola Kallenius (pictured, above), revealed the ambitious expansion plan at the New York Motor Show, confirming that Mercedes will have more than 40 different body style models by 2020.

“If you count the way we officially count – individual body styles – we have 32 now and we have laid a plan going up to 2020 to go slightly above 40. So we have another 10 or so new models that don’t have a predecessor coming in the next four years. Separate models.”

Wheels believes at least three of the 10 will be new SUVs, though not – thankfully – a convertible to rival the roofless Range Rover Evoque. First to arrive will be an all-road wagon based on the new Mercedes-Benz E-Class wagon that could arrive late this year. Kallenius also hinted at a Mercedes-Benz C-Class-based all-road wagon, too, saying there is a demand for a less SUV, more passenger car-style sporty wagon.

“These kind of SUV coupes [like the Mercedes-Benz GLC Coupe] – sports car and SUVs blended into one – is an example that you can find niches that are also very successful. [Beyond that] people are looking for a more individual choice, they like sporty driving, but still want to have some utility. [They want to] drive something that not everybody drives.

“So there is opportunity there and I still think we can find another area there or two in the SUV portfolio going from top to bottom where we can have decent volume.” 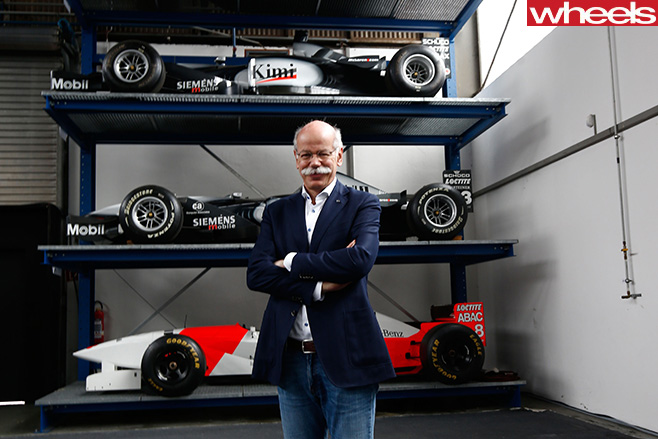 Kallenius was the head of AMG until he took over sales and marketing in 2013. In six months he will move again, taking over the carmaker's research and development arm. The 46-year-old Swede, widely tipped to replace Dieter Zetsche (pictured, above) in the top job in 2019, scotched rumours of a Maybach model based on the E-Class sedan, but said a GLS-based Maybach SUV to rival the Bentley Bentayga was possible.

“I won’t rule that out. What’s interesting is the restart of the Maybach story [last year] with a slightly different [S-Class based] strategy has had a phenomenal start sales-wise.

“I think there is scope for growth in the Maybach brand. Maybach needs to be the highest exclusivity corner of the Mercedes-Benz family. Only on the top end would I see potential derivatives for Maybach, and not going downwards. So an E-Class, for instance, is not something we see on the cards. If and when we do more it will stay at the top end.”

Kallenius said Mercedes Benz was also working towards launching a purpose-designed electric car “due in the next couple of years. And as we build towards zero emission mobility, that [first] electric car will not be the only effort in that segment. Beyond 2020 we will have the opportunity to do more variants around electric vehicles as well.”

Anyone thinking the forthcoming Benz utility based on the Nissan Navara could account for two or three of the 10 new additions would be wrong, said Kallenius; it only counts as one.

Beyond those, AMG is expected to add a roadster version of the GT performance coupe, and is also working on a second AMG-only model, a four-door, four-seat rival for the Porsche Panamera and Aston Martin Rapide. But those are niche models, and Kallenius says not all of the 10 newcomers will be niche players.

“There could also be new cars in our portfolio in the next few years that are not niches,” he said.