Hyundai has revealed its 2017 World Rally Championship car that will form the basis of the brand’s motorsport push.

The i20 WRC is based on the latest Hyundai i20 – a car not sold in Australia – and adheres to the new WRC regulations that allow more powerful engines and more aggressive aerodynamic aids. 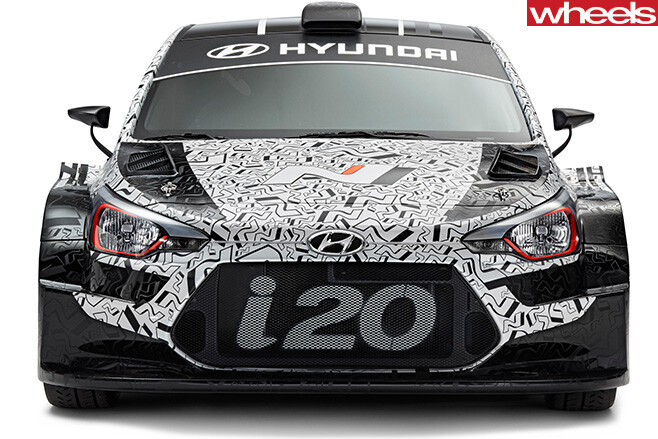 Key to the i20 WRC is a radical body kit designed to push the car to the road, making the most out of the circa-280kW 2.0-litre four-cylinder turbo.

“The 2017 WRC regulations have allowed all teams to start from a blank page, which has offered us an exciting engineering challenge,” said Hyundai WRC team principal Michel Nandan.

“The changes will raise the level of entertainment in WRC on stages around the world with wider and more powerful cars. The 2017 car started testing in April with initial work centred on engine and powertrain testing. More recently, we have looked at suspension, differential and aero. “We look forward to revealing the final version of our 2017 car later this year.”

The 2017 Hyundai i20 WRC will be evolved in testing throughout the remainder of 2016 with the final race version debuting at the Rally of Monte Carlo in January.

Hyundai will face off against factory teams from Citroën, Volkswagen, and Toyota, as well as Fords prepared by M-Sport and Prodrive in the UK. 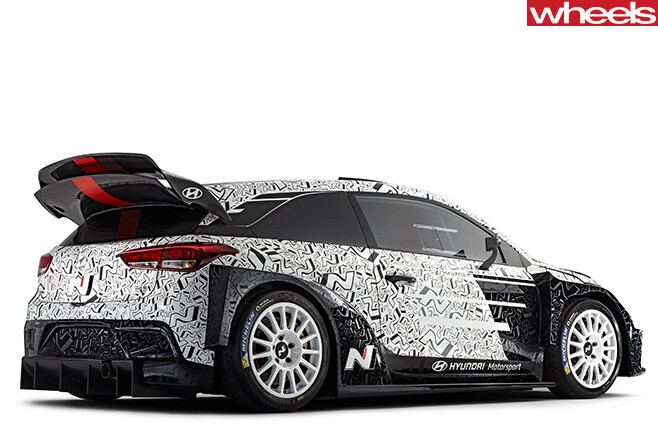 The Korean brand is yet to confirm its full driver line-up for 2017, however currently employees Kiwi Haydon Paddon, along with Thierry Neuville and Dani Sordo.

Both Sordo and Paddon are signed on to race for the team next year, but Neuville is continuing to negotiate with the team.

It is expected Hyundai will continue to field three cars.