2018 Geneva Motor Show: Peugeot 508 will soothe the savage beast in you

THE interior of the new Peugeot 508 will dim its lights, change colours, fill your ears with calming music and even gently massage your back – all in the name of keeping you relaxed on the daily commute.

Peugeot has revealed the latest version of its family sedan, a car that you could conceivably imagine is a fastback-styled cousin to the 2018 Holden Commodore, considering they’re now both made by the same company that also punches out Citroens. Ouch.

The two-mode ambience settings are one of a number of innovations rolling out to the second-generation 508, which ditches its dowdy sedan looks for a svelte, swept frameless four-door coupe form. And it is svelte; it sits inside a smaller footprint – at 4750mm it is 80mm shorter than the sedan it replaces, and the whole car sits 60mm lower to the ground. 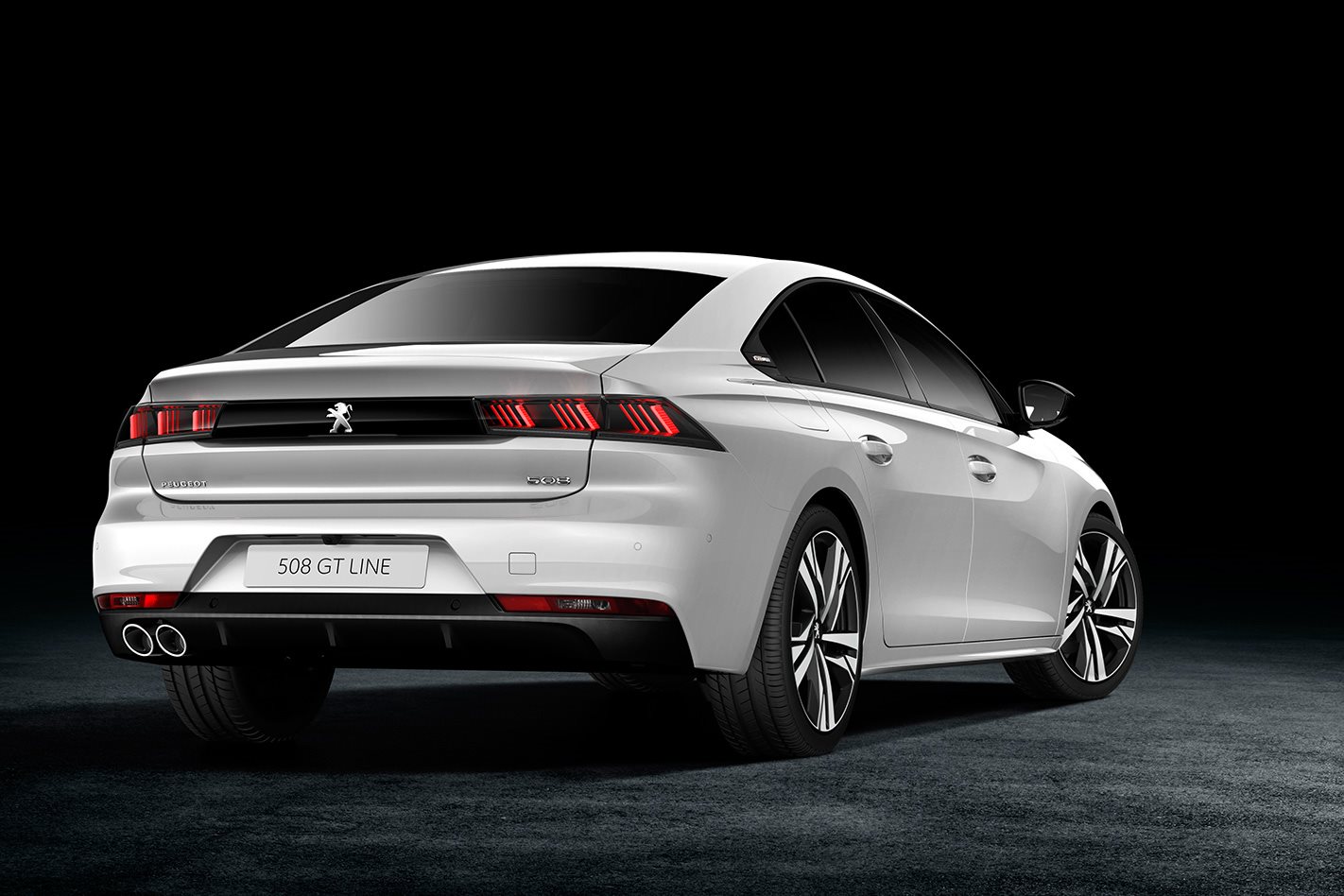 The French four-door Monaro – there, we’ve said it, let’s move on – features all-new styling that abandons the look of the old car completely, which is sad because some of the visual cues it bore had their roots in the marque’s LMP1 racers.

The new one abandons all that for show. A “508” graces the bonnet as it did on the 504 of old, the lion badge sits on a bastard cut grille, and vertical slashes filled with LEDS lifted straight from the Instinct concept frame the headlights (the tail-lights are also lifted from the show car).

Potentially arriving here early next year, the 508 carries another concept car-inspired feature – the instrument cluster. That’s arrived straight out of the Exalt concept with little change, providing a template for Peugeot to add features including infrared night vision that can see beyond the 508’s LED headlights. 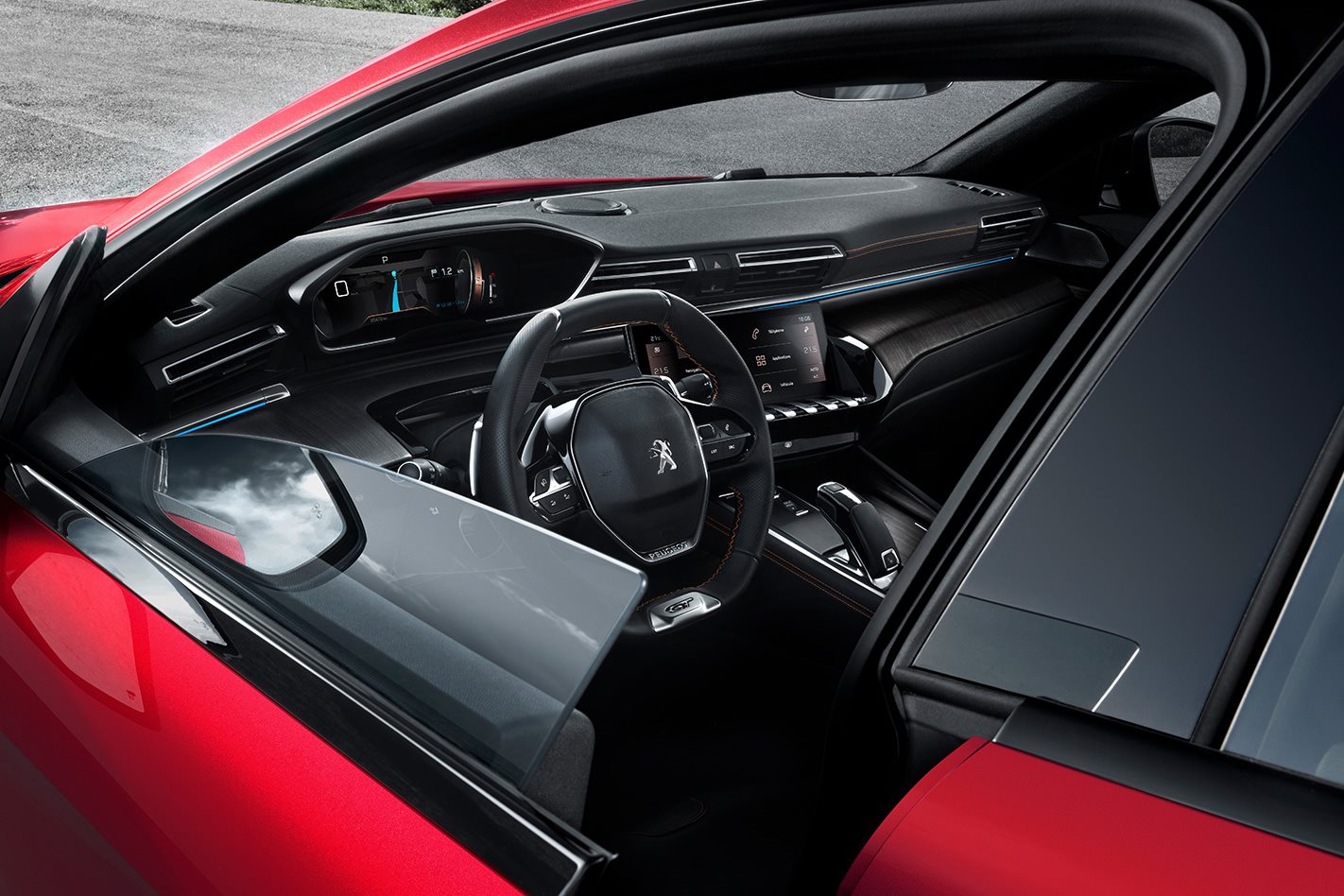 The car is 70kg lighter than the one it replaces, helped in part by aluminium panels for the front guards and plastic boot lid that opens up to a 487-litre space.

The 508’s shift to i-Cockpit means it gets the polarising small steering wheel, introduced first to the 308, that allows the driver to look over the top of it to see the instrument panel – something that Peugeot claims lessens fatigue and is better than a head-up display. The instruments are framed in a 10.0-inch colour screen (8.0-inch in cooking models), while the multimedia interface is a 12.3-inch touchscreen, although accompanied by traditional switches linked to features such as climate control and satellite navigation. 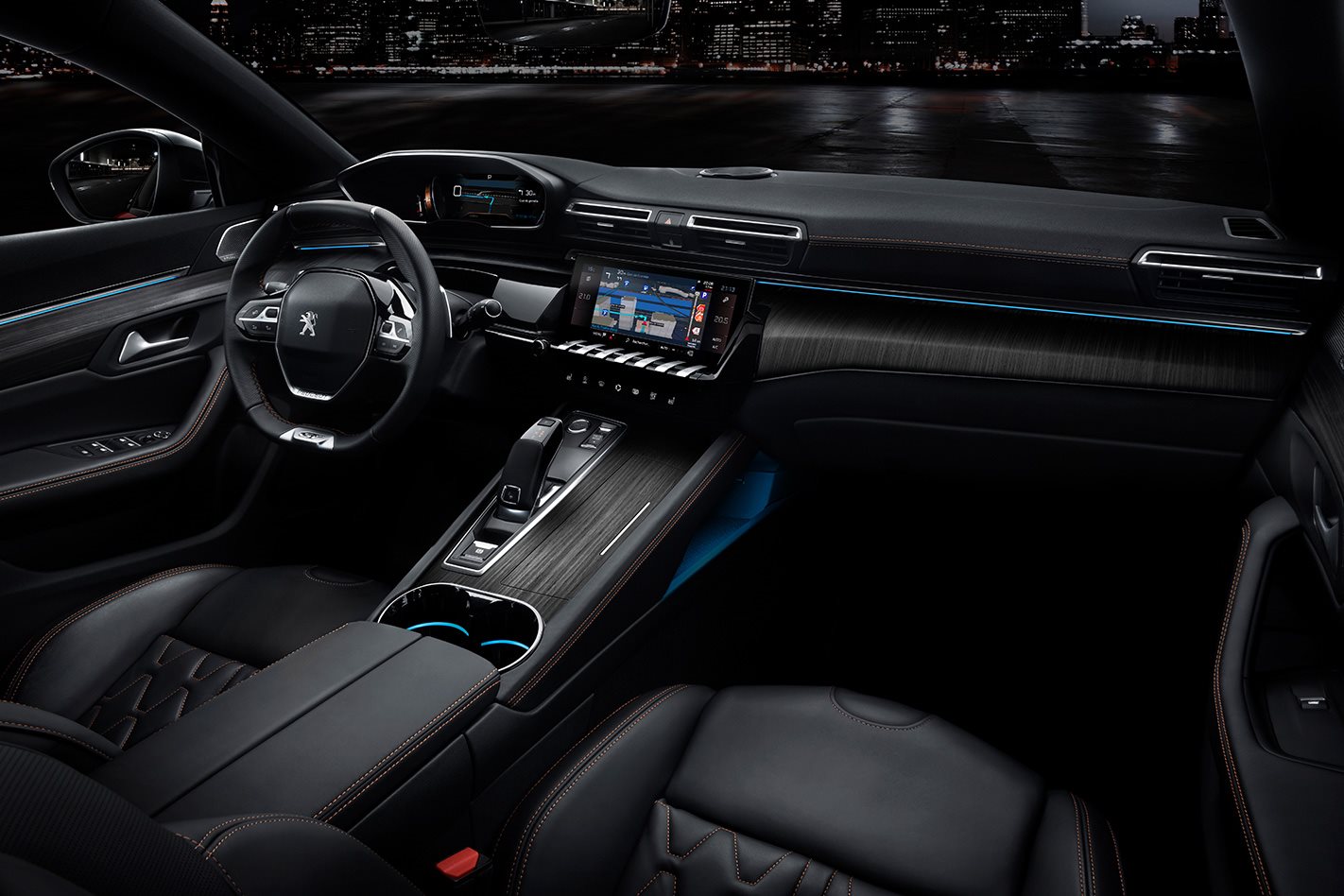 Under the bonnet, European versions of the 508 will get 1.6-litre petrol, or a choice of 1.5-litre or 2.0-litre diesel engines. All but the base diesel model come with an eight-speed automatic transmission; the boggo diesel gets a six-speed manual.

The 508 also gains the latest driver assist systems such as active cruise control, and smartphone connection including Apple CarPlay and Android Auto.

The 88th Geneva Motor Show starts on March 6. Visit wheelsmag.com.au for all the latest new car news and reveals as they happen.