THE 2018 Geneva Motor Show is just around the corner, and Europe’s season opener already looks like shaping up to be a spectacular one.

While the Detroit Motor Show lacked much of the lip-smacking sizzle of previous events, Switzerland’s second city promises to whet our appetite. So, what can we expect? Yes, there will be the focus on the current darlings everyone is keen to woo – autonomy and electric vehicles – but there’s still expected to be an appropriate mix of fire-spitting, tyre smoking and eardrum-splitting analogue machinery to remind us that always prove such glorious incongruity in speed-hating Switzerland.

The fifth generation of Audi’s BMW 5 Series fighter is expected to lob at Geneva, sporting the German luxury brand’s new MLB Evo architecture, and potentially a plug-in hybrid drivetrain. Expected to be an advance on the 2014 Prologue concept car unveiled at Los Angeles, the A6 is also expected to offer 2.0-litre four-cylinder and 3.0-litre V6 engines – all turbocharged – as part of the car maker’s move to greater fuel efficiency, with an e-tron plug-in hybrid also expected on the show floor at Palexpo.

An electric SUV boasting a 500km range will more than pique the curiosity of luxury car buyers wanting to break the bonds with hydrocarbons in their garage. After a concept teaser, this should be our first look at the production form of the eTron Quattro before it heads into showrooms later this year. 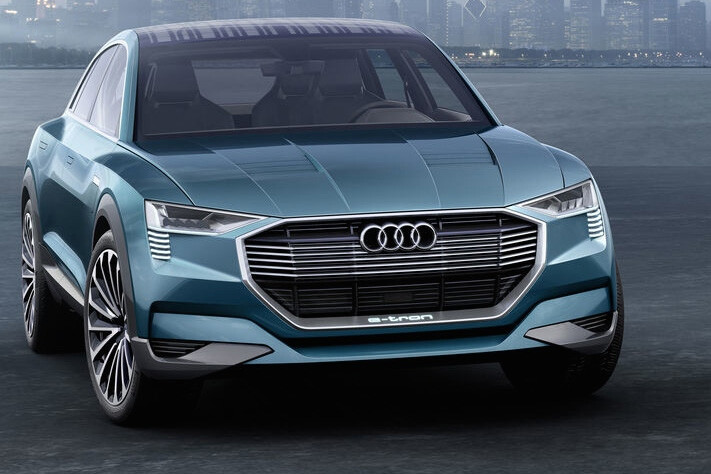 Bentley will contest this year’s Pike’s Peak challenge in the US, but not by building a Monster Takajima-fighting, carbon-clad spaceframe specialist. Oh no. It will be a W12-engined version of the Bentayga, the gumboot-clad gentlemen’s club on wheels. To offset that, it needs something down the more efficient end of the carbon food chain, and to that end, we expect Bentley to whip the wraps off a V8-engined plug-in hybrid on press day.

The front-wheel-drive blitzkrieg continues at BMW with a facelifted version of the small SUV-styled hatch that has more to do with Mini than Munich. It also introduces a dual-clutch gearbox option, putting the “re” back in “active”. Remember all the fuss when BMW introduced the X6, coupe-styled SUVs. We were all frothing at the gills over that one, but now this sub-genre has proliferated and the X4 has long been a more socially acceptably-sized take on the theme. Running on the new CLAR chassis, the X4 will get a revised range of engines, sleeker styling and BMW’s iDrive 6 infotainment system.

BMW is ditching the recently deceased Z4’s steel roof with a cloth one for the next generation of its two-seater sports car being developed alongside the fixed-roof Toyota Supra. Toyota’s involvement alludes to a petrol-electric hybrid version of the sports car. A big makeover for the Cactus results in the loss of the shopping centre car park ding-friendly Airbumps with piddling-by-comparison sill details. And we’d just warmed to the looks of the car it will replace.

There’s something of a supercars arms war at the moment, and Ferrari, instead of leading the pack, is in danger of falling behind it. In response, it’s expected to bring in a more hi-po version of the 488 GTB. With stacks of carbon fibre, a more aggressive aero package, an engine from the 488 Challenge and sharper software calibrations, it could well wear either a Speciale or GTO badge. We’re only going to get diesel-engined versions of the Edge for now – rebadged as the Endura – so in all likelihood the diesel-only Edge display at Geneva will offer some relevance. Of note will be whether there’s a ST-Line badge in the mix, featuring Ford performance-fettled suspension tweaks and an aero package, but lacking the twin-turbo V6 petrol punch of the ST-badged version.

We’ve seen only a teaser image of the next-generation Santa Fe so far, but under its new skin the large SUV is expected to introduce the latest safety advances to the Korean brand. One, we’ve noted, is an automated braking system that will stop you backing out in front of oncoming traffic. One of our 2018 Wheels Car of the Year contenders ditches hydrocarbons for electrons to give it the science to match its futuristic external looks. The Kona EV also hedges its sister company’s roll of the dice on hydrogen fuel cells, unveiled at the 2018 Consumer Electronics Show.

It’s described as a five-seat electric sports car, but Jaguar’s first pure electric play turns conventional design on its head. The EV packaging has allowed the Brit to build a car on an extended wheelbase that offers up much more room than its diminutive size suggests. Well, it won’t be called the UX. We hope. It’s the first genuinely compact SUV for Toyota’s luxury marque, and built on the same future-facing platform as the car it will most closely resemble, the Toyota C-HR.

Eye candy always gets the blood pumping. McLaren’s hypercar project, named after one of its most famous Formula One drivers, will one day hunt Mercedes-AMG Project Ones and Aston Martin Valkyries on the world’s race tracks.

Mazda introduced a turbocharged 2.5-litre version of the 6, featuring the same engine used under the bonnet of the seven-seat CX-7, in front of the North American audience earlier this year. Now the focus swings to Europe, where the wagon version has its day in the spotlight.

The two-door Mercedes-AMG GT mutates and grows an extra couple of appendages – rear doors – to become the Mercedes-AMG GT Coupe. Because some GT owners are responsible and have to take their children to school.

Once it used to be the S-Class limousine introducing itself as the flagship of the marque. In just over a months’ time, the smallest hatchback in the Merc line-up will assume much of the tech of the flagship Benz with similar autonomous tech and an interior that breaks the mould, pours petrol on it and then starts flicking matches. 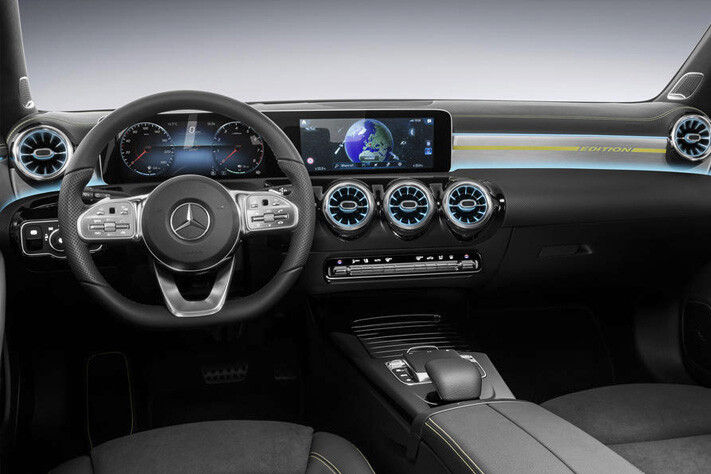 Almost a decade ago, a German billionaire hatched plans to rebirth the form of the 1970s-era Lancia Stratos in a modern-day tribute. At Geneva, we'll see the production version of his dream realised.

The New Stratos, as it will be called, will be limited to a run of only 25 units, and costing anywhere from $600K each - the pricetag is yet to offically be set. But buyers will be able to choose from one of three forms; a track-focussed GT, a road-going version, and a Safari in the ilk of the World Rally Championship fighter that was the foundation of the Stratos's development.

Is this the car that's likely to morph into the next-generation Holden Commodore? Peugeot's mid-size sedan and wagon range raids the concept car cupboard for sharper, four-door coupe styling - no word yet on the wagon - as the brand's owner, Groupe PSA, consolidates its model line-up that includes the Opel Insignia, the foundation for the 2018 Holden Commodore.

Anniversaries are important markers in the life of anything. What better way to celebrate Land Rover’s 70th birthday, than a flagship limited-edition, two-door fastback fettled by the pipe-smoking men and women in overalls that make up its Special Vehicle Operations division.

Rimac wasn’t happy with the Concept One two-seat electric hypercar, so it’s building another, better one. Guess what they’re calling it? Just don’t put Richard Hammond behind the wheel, please.

We're punting that this concept car heralds a next-generation Subaru Levorg wagon rather than a replacement for the Forester. The flush-look rear indicates Subaru has worked hard to covert the wagon's external dimensions into as much space as possible.

Toyota has confirmed the return of "its most iconic sportscar", and there's really only one in the works at the moment, the Supra. The Japanese car maker attached a dark image of a big-winged track car alongside the release, but we've noticed elements that match spy images of what is believed to be the fifth-generation Supra that's being co-developed with German luxury brand BMW. Watch this space.

Volkswagen used to build a flagship sedan called the Phaeton, but made the mistake of fitting some of the versions it sold with a resource-sapping W12 engine. It plans to make amends with a battery-fed sedan that will wear the ID badge now closely associated with its electric ‘don’t-mention-diesel’ vehicle push.

The S60 sedan needs a sleek, swept liftback wagon in its clean, minimalist life to feel complete. Sweden, using Chinese money and an all-new platform that is as happy sucking down electrons as it is fossil fuels, plans to oblige.