A big booted Golf V1 is under consideration for Australia, and the Scirocco could also make the boat this time round...

VW Australia's new boss, Anke Koeckler, has confirmed a Golf wagon will go on sale in Australia for the first time ever early next year.

The German executive also confirmed the freshly-minted Golf R will make it's way Down Under sometime in the first half of next year (we're betting early June) and that the slick Scirocco coupe is under fresh consideration for Australian residency.

Speaking to Wheels in VW's hometown of Wolfsburg in Germany, Koeckler confirmed the new Golf model will join the hatch range sometime in the first quarter. Called the Golf Variant in its native Europe, VGA's latest edition will be known as the Golf wagon when it rolls into Aussie showrooms. While VGA isn't expecting huge volumes from the wagon, it does believe it will attract new buyers to the brand and is confident there will be little cannibalisation between the Golf hatch, wagon and Tiguan SUV.

"The people who want to buy SUVs will continue to do so.

This isn't an SUV competitor. What it does is offer buyers, maybe small families, extra space and practicality compared to the hatch without the size and weight of an SUV."

The Golf wagon pitches into a niche segment with only one real competitor; the Peugeot 308 Touring. VW Australia plans to keep the wagon model range relatively simple and won't offer the full range of engine and transmissions that are available in the hatch. While Koechler wouldn't be drawn on exactly which drivetrain combos will be available, the short money lies with two petrol models (the 1.4 turbo and supercharged TSI and 2.0-litre naturally aspirated model) and a 2.0-litre turbo-diesel. NOTE: check these engines and add power and torque.

Enthusiasts, however, will be frothing at the mouth at confirmation that the hi-po R model will be here soon and that the Scirocco coupe could make it to Oz.

The 2.0-litre, 199kW turbocharged Golf R was revealed at the Frankfurt show just a few days ago as the successor to the V6-powered R32. While the new Golf VI GTI doesn't go on sale until November 1 this year, our first overseas drive revealed a hugely competent and accomplished car, but one that could use a bit more mongrel. Enter the R. Low, wider, stiffer, faster and meaner than the GTI, the all-paw R should be a genuine threat to Subaru's STI and Mitsubishi's Evo sedan when it lands here mid-2010.

But what about the Scirocco, why isn't it already in Oz? What's the hold-up? According to Koeckler, the key problems are pricing and how to position it against the GTI to ensure they complement each other sales-wise. There's also the issue of which models to import as the slick-styled coupe is offered with a raft of petrol and diesel engines in Europe. While Koeckler has ordered a fresh round of analysis to try and make the business and positioning case work, if the car does make it to Australia it won't be less than 12 months away and will certainly be priced above the GTI's $40K tag.

A diesel-fed model is highly unlikely for Australia, but one possible strategy, says Koeckler, is to import just the flagship R model (2.0-litre turbo petrol, 190Kw/350Nm, all-wheel drive) and price it at a significant premium over the Golf GTI as the range-topping sports model. The problem with this approach is the high cost of homologating just a single model, as well as stocking spare parts, when volumes will be very small.

Well, fingers crossed that VGA's bean-counters and strategists find a way to get the Scirocco into Australia, because it's simply a fantastic-looking car. Go on VW, just do it already. 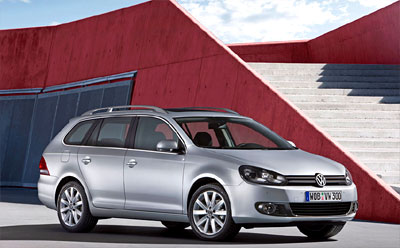 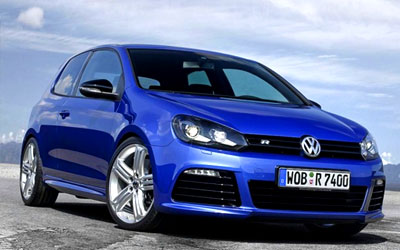 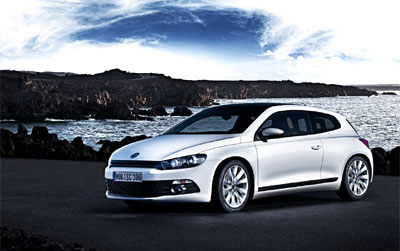