MAZDA Australia appears to be paving the way for a more powerful version of the Wheels Car of the Year-winning MX-5 to arrive before the end of the year.

Documents seen by Wheels suggest the folding soft-top roadster version of the two-seater sports car, and the closely related targa-roofed RF, will make 135kW at 7000rpm when fitted with the highly tuned version of the 2.0-litre four cylinder engine, a significant performance bump over the stock 118kW unit fitted under the bonnet of the current car. Torque is believed to gain a more modest 5Nm bump to 205Nm.

The engine is believed to be part of running changes that the car maker is introducing to the MX-5 as it moves to keep the car fresh in the face of competitors that include the Toyota 86/Subaru BRZ twins under the skin. A Mazda Australian spokeswoman told Wheels the local arm of the Japanese car maker was yet to confirm that it would receive the MX-5 update. “Hope to have news for you soonest,” she said.

The heavily modified 2.0-litre engine – changes to it include lighter pistons and conrods, a larger throttle body and exhaust valves, bigger bore exhaust and dual-mass flywheel – adds about 6kg to the rag-topped, six-speed manual MX-5, lifting its kerb weight to 1010kg, while for the targa-topped version, the kerb mass tops out at 1060kg, a 5kg weight loss over the current six-speed manual version.

Some of the new performance comes from a higher-set rev limiter, which rises by 700rpm to 7500rpm.

Japanese reports have suggested the more hi-po MX-5 will also gain suspension tweaks, including softer rear bushes to improve steering feel. The steering wheel also adds reach adjust for the first time, making it easier for taller owners to get comfortable in the driver’s seat. The exhaust is also said to be tweaked to provide more noise. 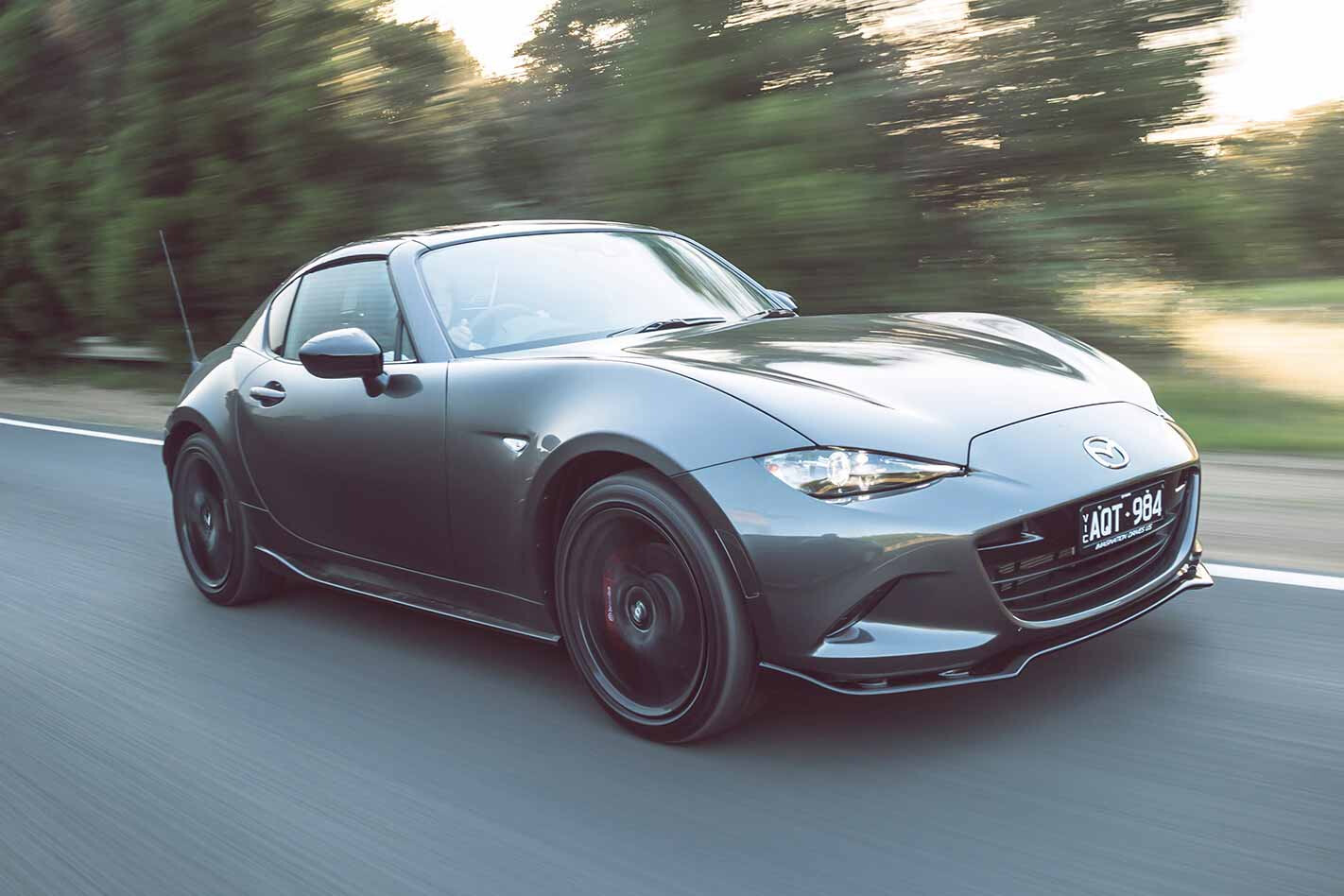 Other changes expected to be added to the upcoming MX-5 include a choice of colours for the roadster’s soft-top, believed to be a choice between caramel to suit a new beige interior trim colour, or red, a colour that was trialled in the Japanese market.

But a big change is believed to be what will be the introduction of automatic emergency braking – a feature missing from the current crop of 1.5-litre and 2.0-litre MX-5s – that will also stop for pedestrians who inadvertently step out in front of the car.

Reports from Japan hint that some of the performance-improving technology rolled out for the 2.0-litre engine can also be adapted for the 1.5-litre version, including tweaks to the intake port, pistons, fuel pump, injectors, and the fuel injection system.