Mazda’s first EV has suicide doors, and a rotary is coming!

Don’t be put off by the underwhelming range - this sleek, coupe-style SUV ushers in a new era for Mazda.

It feels like only yesterday that we were driving Mazda’s first EV prototype – then disguised as a relatively dour CX-30 – but now we have the real thing.

That’s right, people – after years of sitting on the EV sidelines, Mazda has finally entered the fray with this rather cute-looking coupe SUV. And yes, those really are suicide doors lurking fore of the rear wheels, al la the mighty (and sadly discontinued) RX-8 … but we’re getting ahead of ourselves. 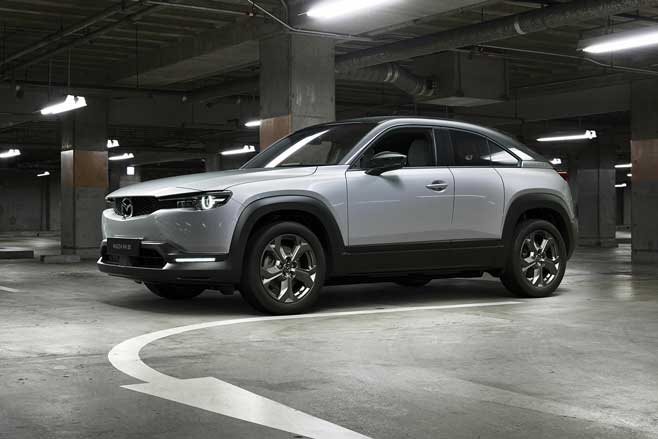 Revealed at the 46th Tokyo motoshow, Mazda’s first EV is called the MX-30. The headlines stand thus: roughly 200km of range, the same platform and dimensions as the excellent new 3 and incoming CX-30, and a strong likelihood that it’ll come to Australia. As for price? Mazda Australia isn’t saying, though expect it to slot somewhere in the $50-60K bracket.

Ah yes, that range. Small, isn’t it? Especially when you consider that a Nissan Leaf, Tesla Model 3, and Hyundai Kona EV, which are likely to be the MX-30’s biggest rivals when it arrives towards the end of 2021, can travel 270, 386 and 415km respectively.

Mazda’s rebuttal is that the large battery packs required to achieve such ranges needs a huge amount of energy to create, recharge and then dispose of, so it has instead opted for a smaller 33.5kWh battery. A single electric motor on the front axle drives the front wheels – Mazda calls its new EV powertrain e-Skyactiv – but there are rumours that a beefier all-wheel-drive version is coming. You can also expect a plug-in hybrid variant and a rotary powered range extender, though Mazda’s remaining tight lipped on these. 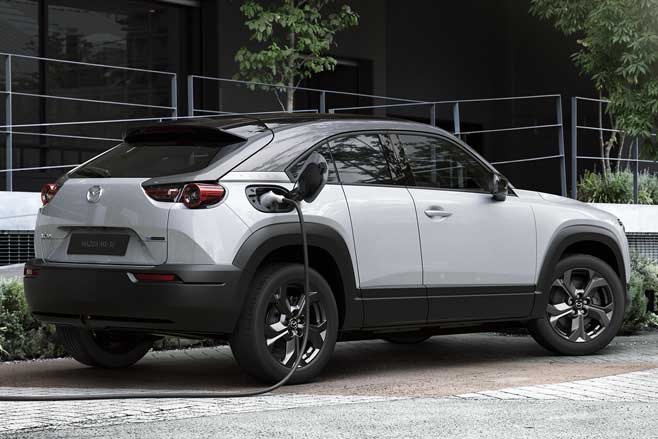 For now, though, outputs are relatively modest at 105kW/265Nm, but don’t dismiss that level of performance at face value. In the acceleration stakes, Mazda insiders say the MX-30 is roughly comparable to a 2.0-litre petrol powered Mazda 3, albeit one armed with instant torque. A zippy city car this promises to be.

Design-wise, the MX-30 builds on the daring exterior language of the new 3, but moves it in a simpler and cleaner direction. The suicide rear doors are a welcome RX-8 throw-back, although also one that promises to boost, not hinder, practicality. Mazda says the front doors open to 82 degrees, while the rears manage 80, meaning access to the rear seat should be fairly simple. Aiding that manoeuvre is a one-touch function for the front pews, which sees them tilt and slide forward automatically.

MORE: How much does it cost to charge an electric car? 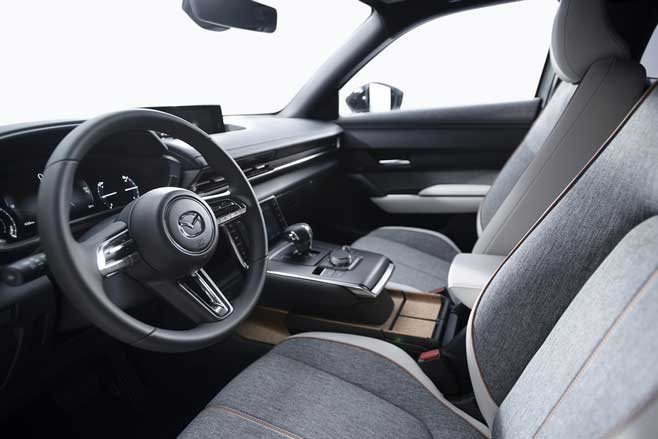 Cabin space is again comparable to the 3 and CX-30 (exact boot dimensions are yet to be confirmed, though Mazda says you can fit four 115cm suitcases side-by-side), and while the three cars share some obvious components (dash design, steering wheel etc), the MX-30’s cabin does offer some new touches.

There’s a new gear shifter design, and an all-new floating centre console that sits below a fresh central ‘touch panel’. This 7.0-inch screen operates the air-conditioning controls, and also greets occupants with a subtly changing graphic that alters depending on the time of day and outside temperature to help get the driver in the mood for driving.

The screen also has buttons on its edge that mirror the major functions so you can still use the system while wearing gloves. Connectivity wise, the cabin is armed with two USB ports, a 12V DC socket, and a 150W AC outlet to charge heftier items like laptops and tablets. 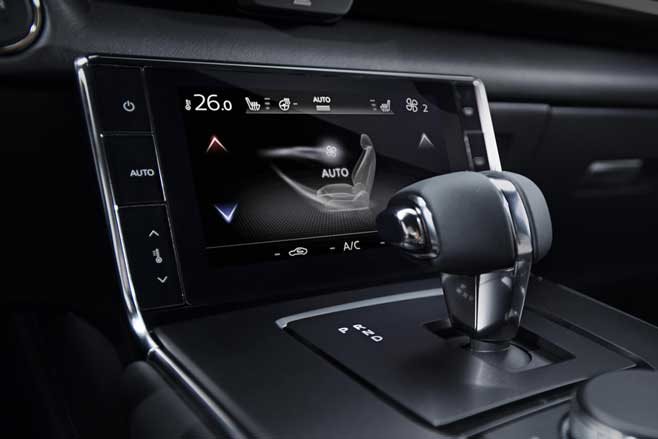 This being a futuristic EV, there’s been a strong emphasis on using cabin materials that are low-impact and sustainable. The door trims, for example, contain a fibrous material made from recycled plastic bottles, while heritage cork (harvested from the bark of trees without felling) is used on the tray of the central console. Anyone else getting BMW i3 vibes here?

As you’d expect of a new flagship variant, the MX-30 is armed with all of Mazda’s chassis and active safety systems, though it does usher in the next generation of G-Vectoring Control. Called e-GVC Plus in the MX-30, the system is tuned specifically for the instant torque capabilities of an EV powertrain. A new cross-traffic alert function has also been added to the autonomous emergency braking function. 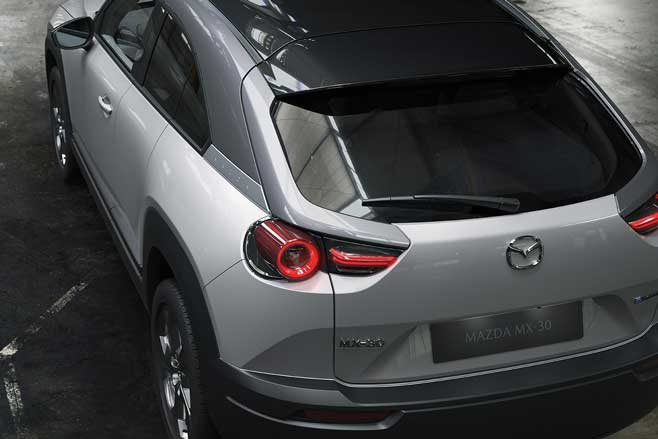 There’s more too, like the fact that Mazda doesn’t believe in heavy regen under braking so you’ll be forced to use the brake pedal like, you know, a normal car. And the potentially worrying point that fake engine sound is piped through the speakers to give passengers a natural sense of movement and speed.

Though the biggest question mark hovers over when we can expect the MX-30 to hit our shores.

“We would like to introduce it and we’re working on the plan to bring it into Oz,” said Mazda Australia’s marketing chief, Alastair Doak. “But we’re not on the official list yet. They’ve prioritised markets where there’s infrastructure and incentives and demand, whereas in Australia EVs remains in their infancy and has a challenge around infrastructure. But as a city EV the MX-30 has potential and we’d like to be part of that of that conversation. I’d say late 2021.” 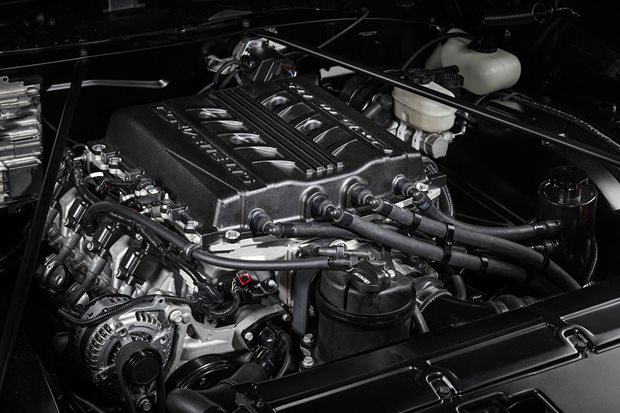 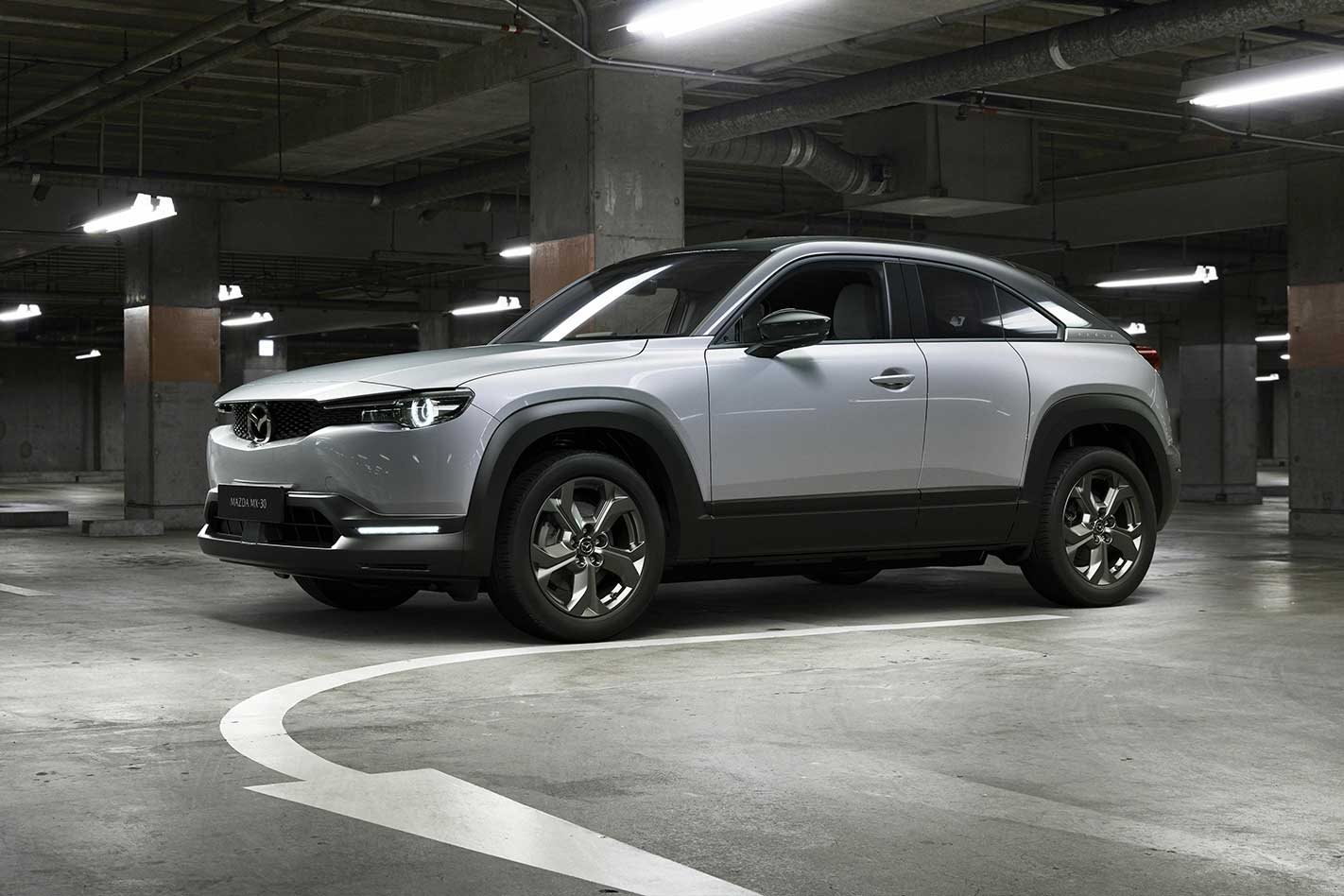 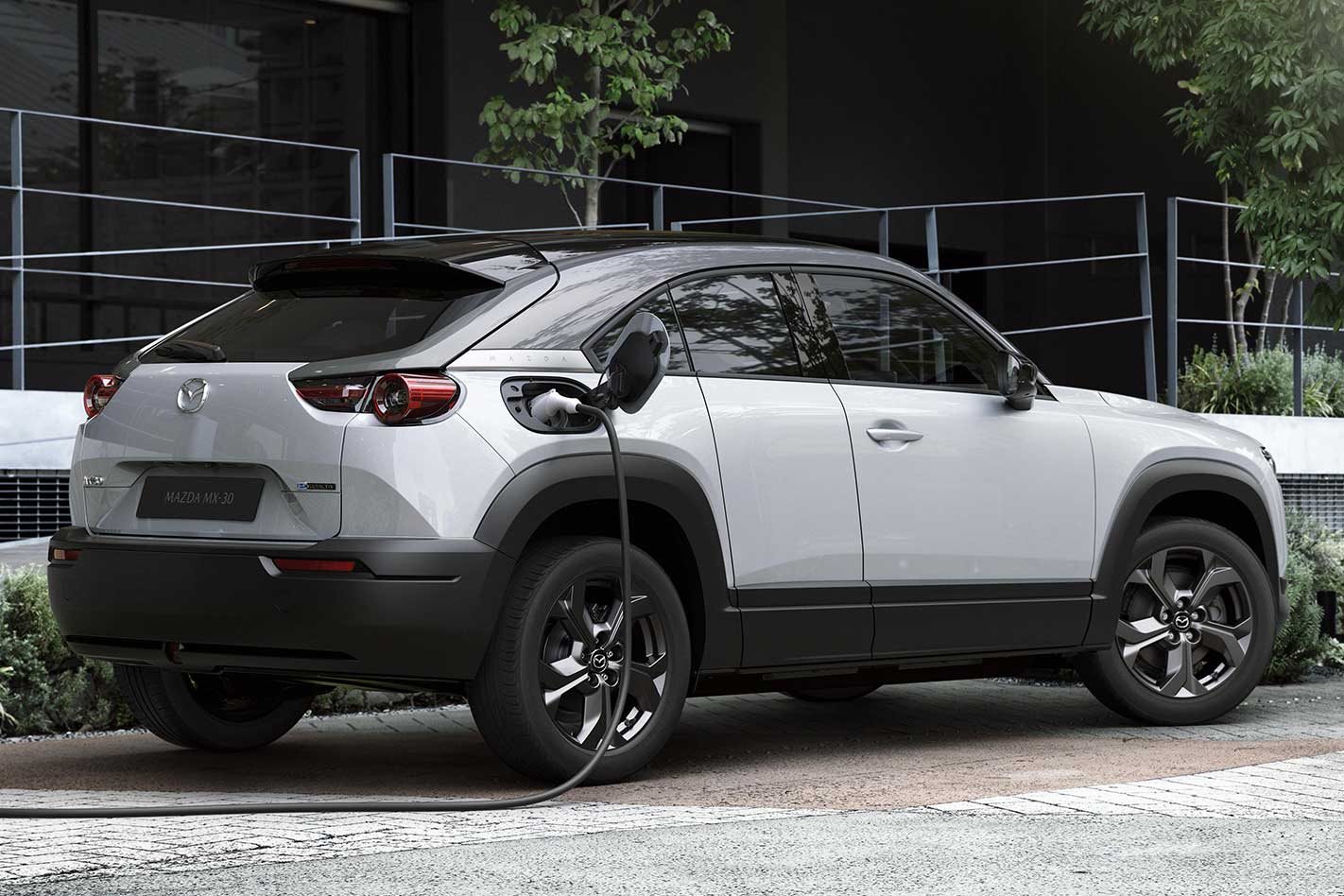 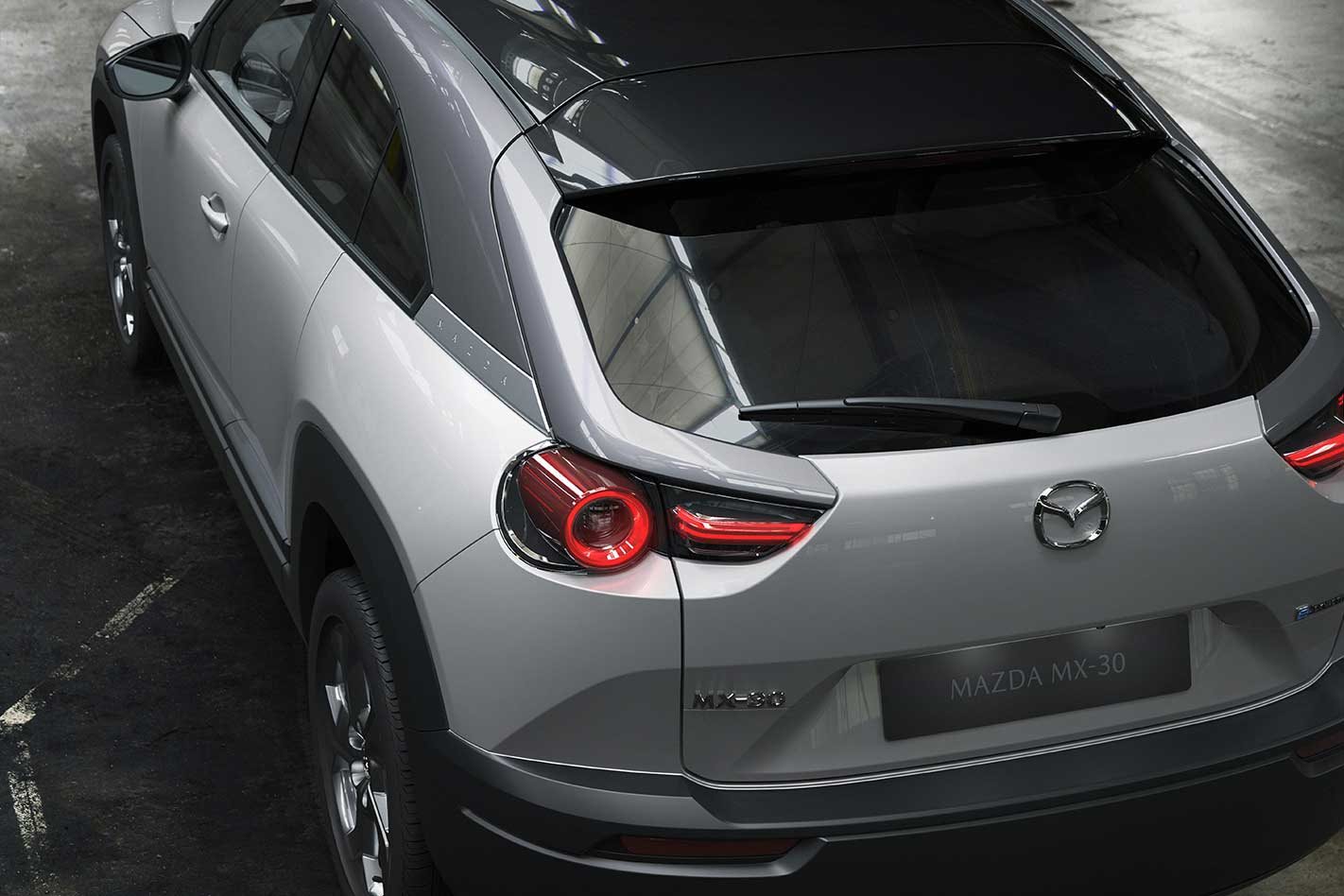 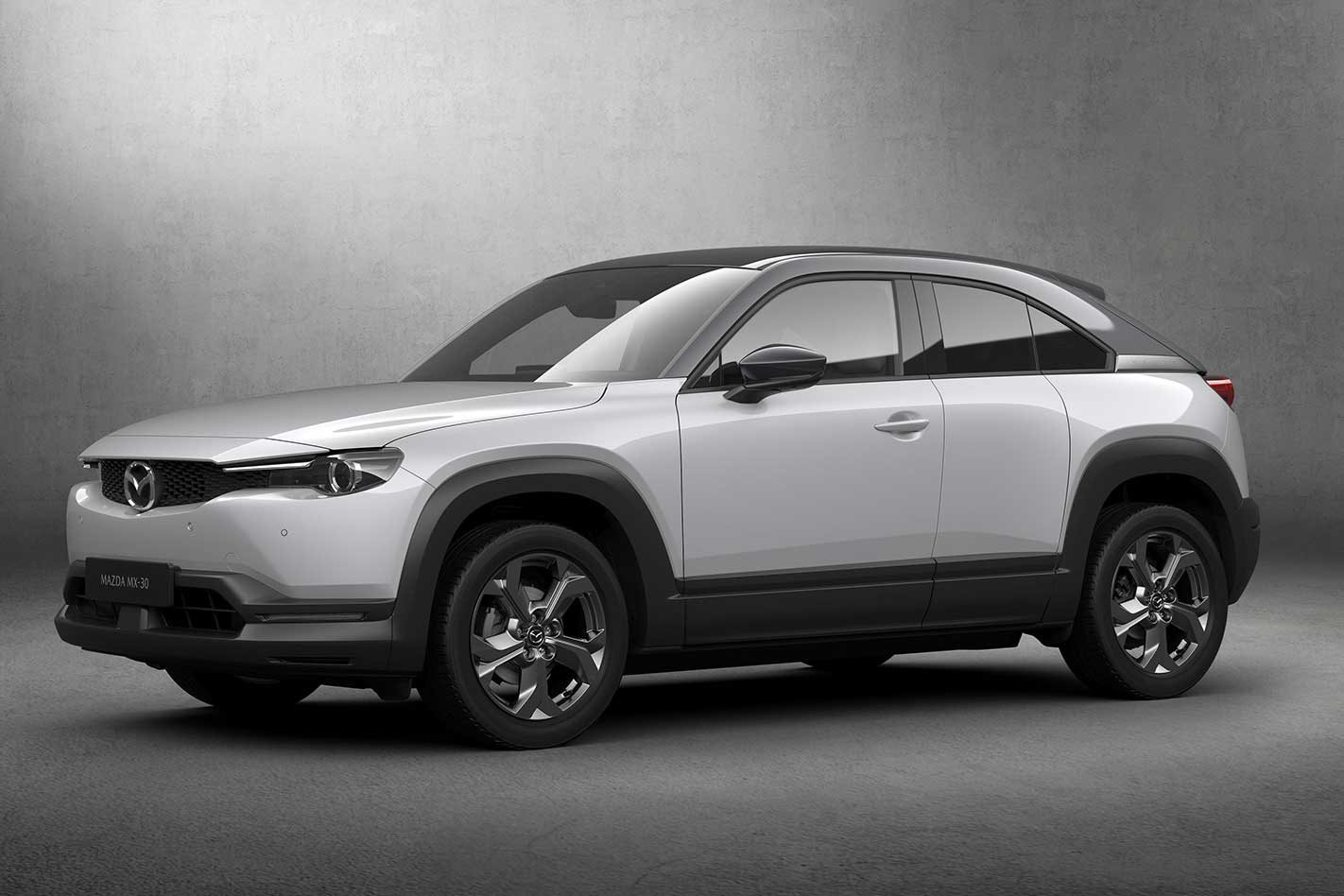 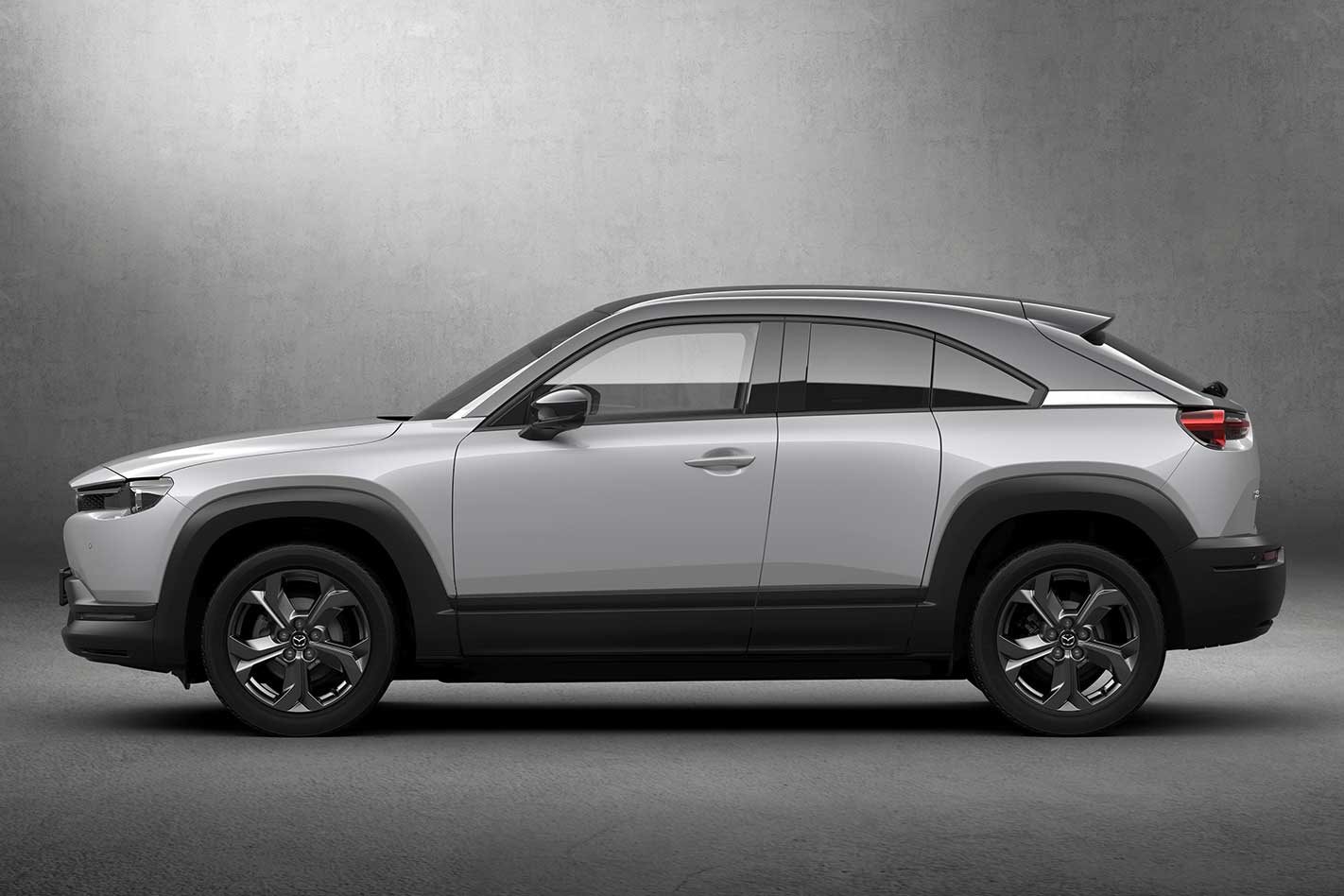 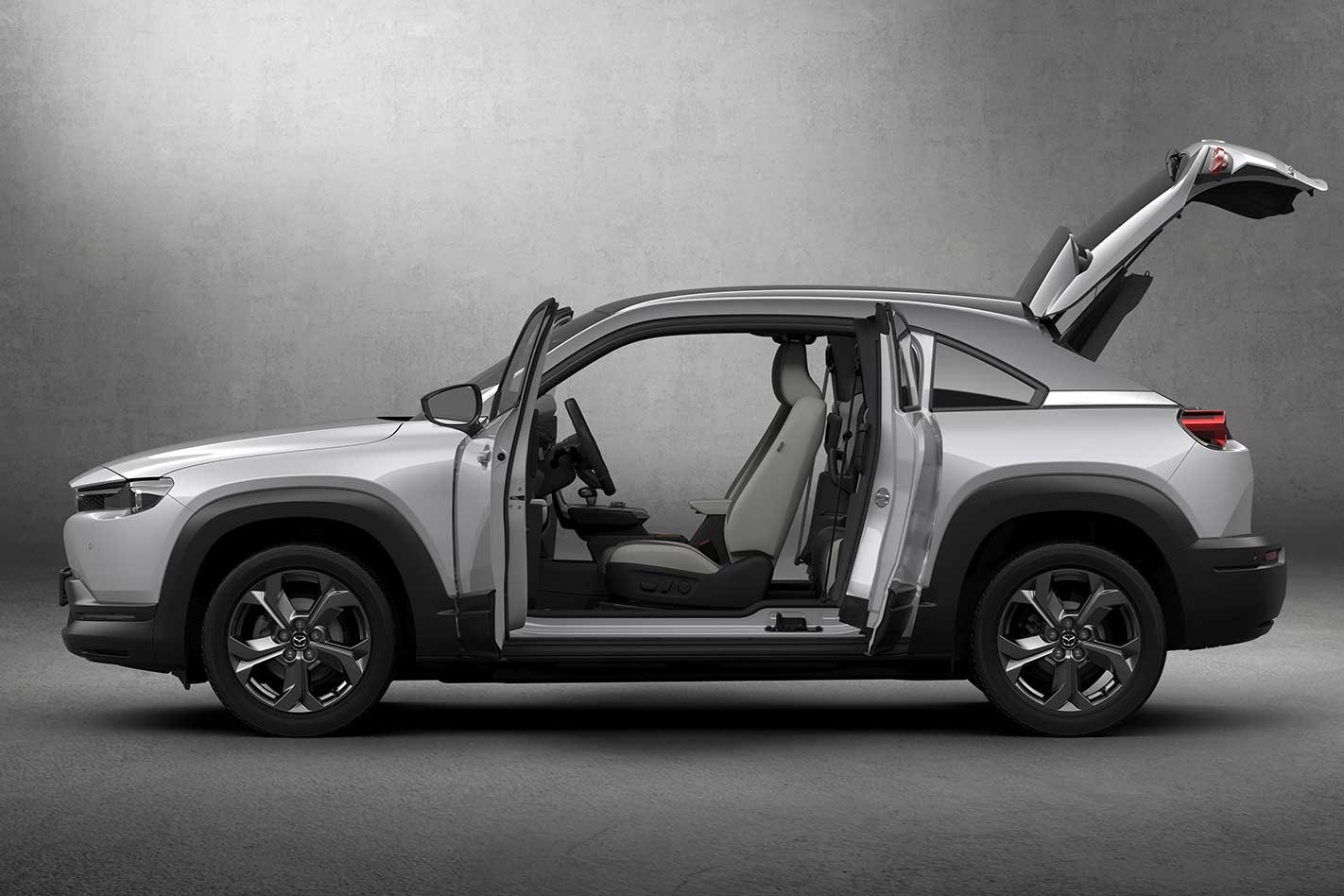 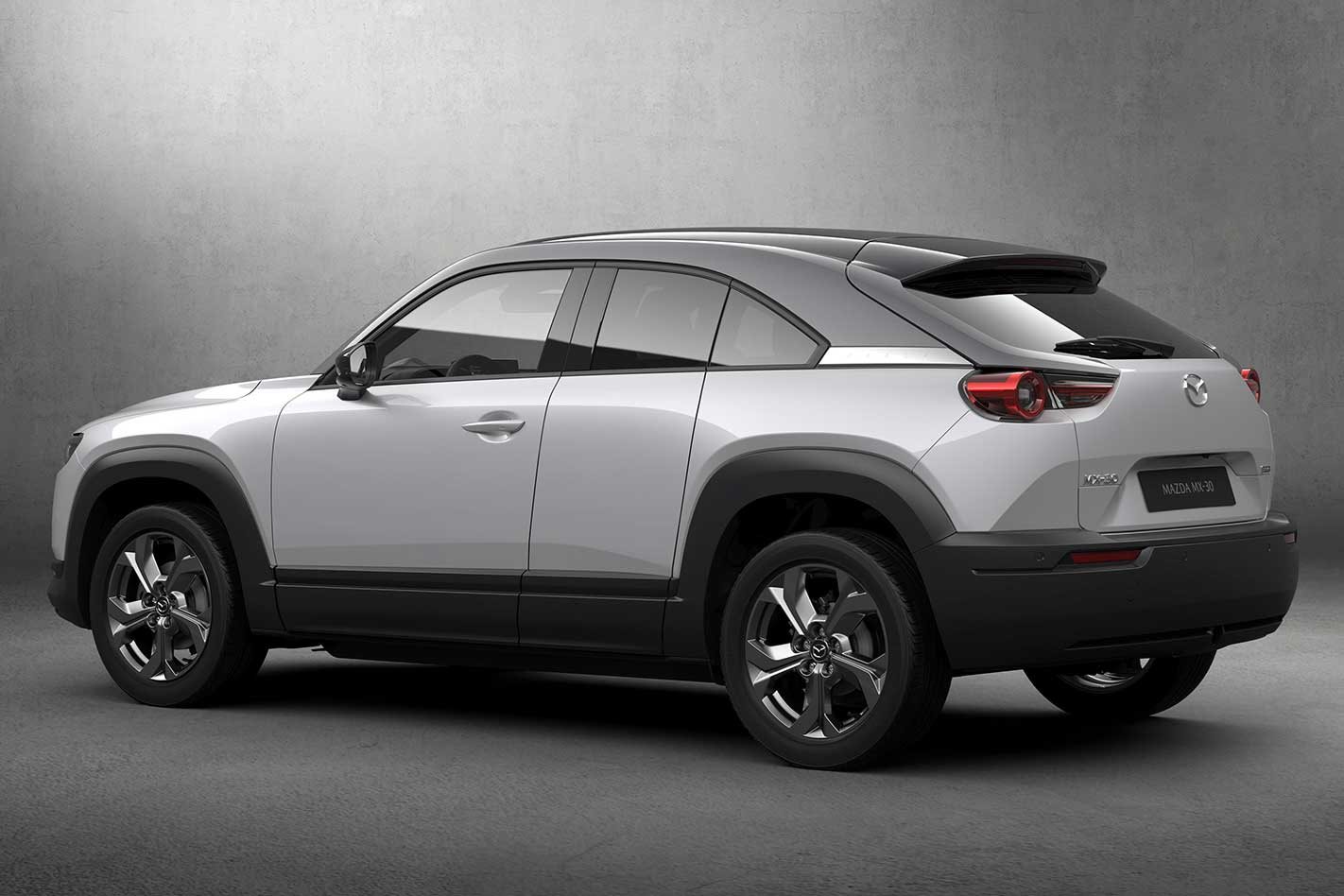 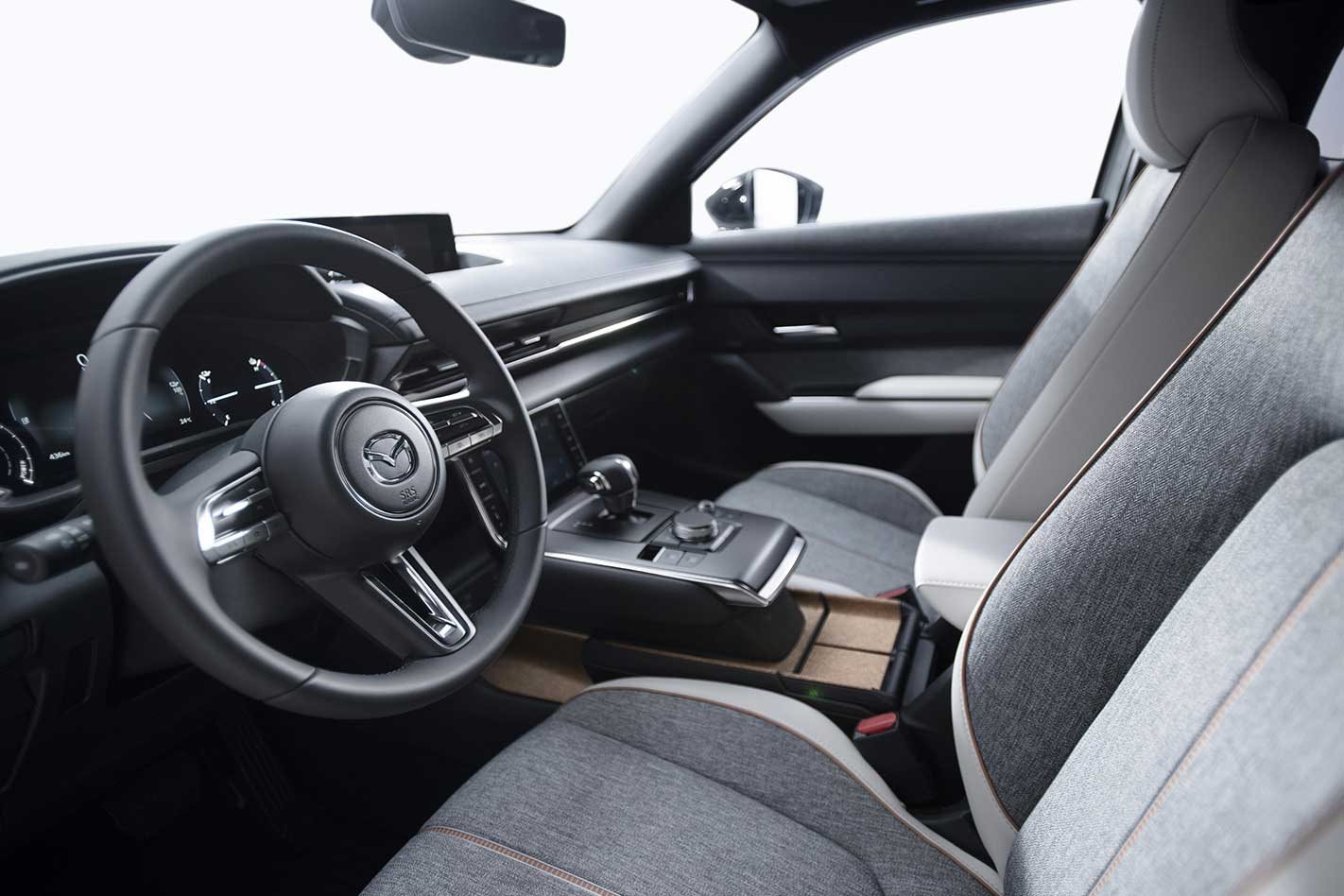 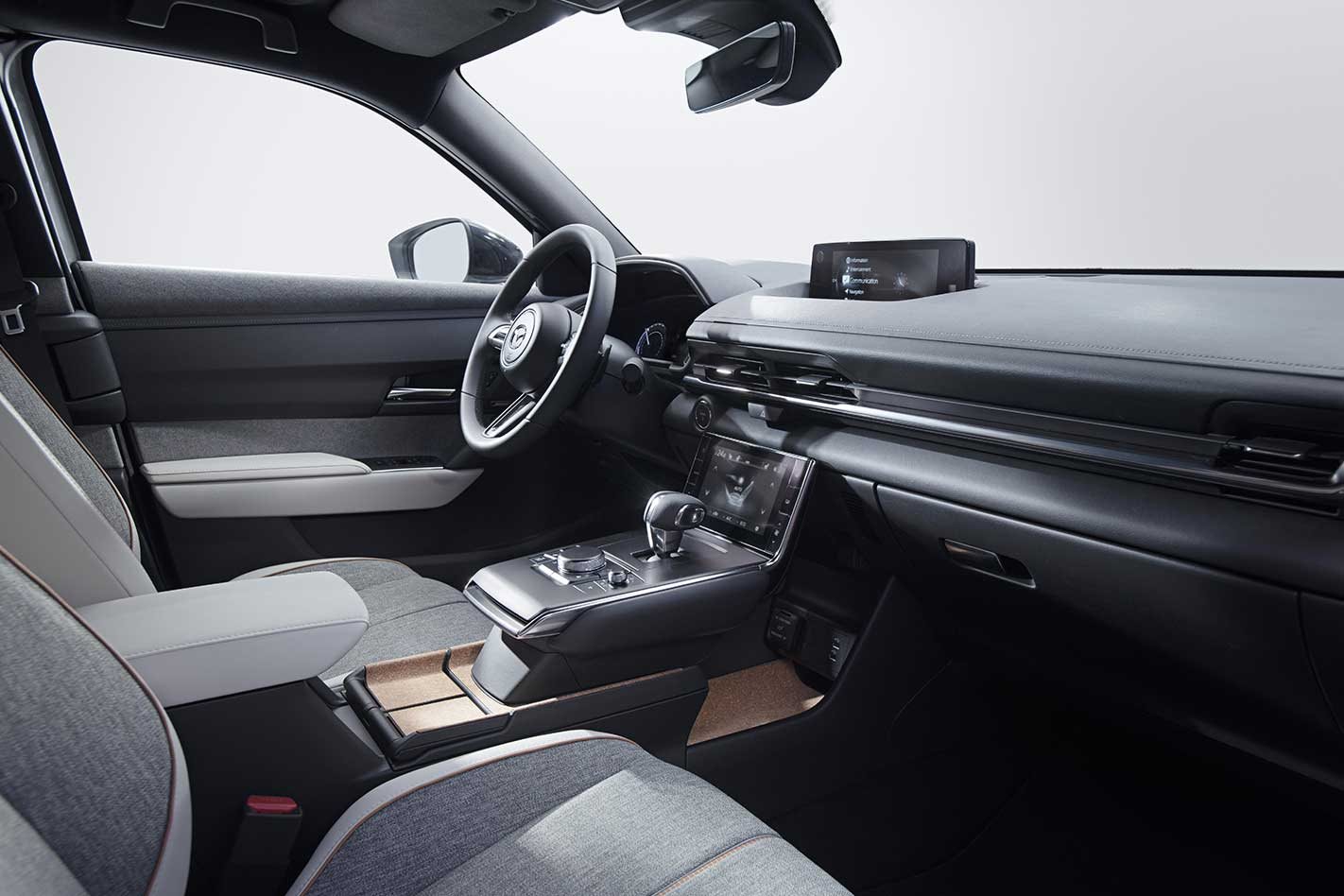 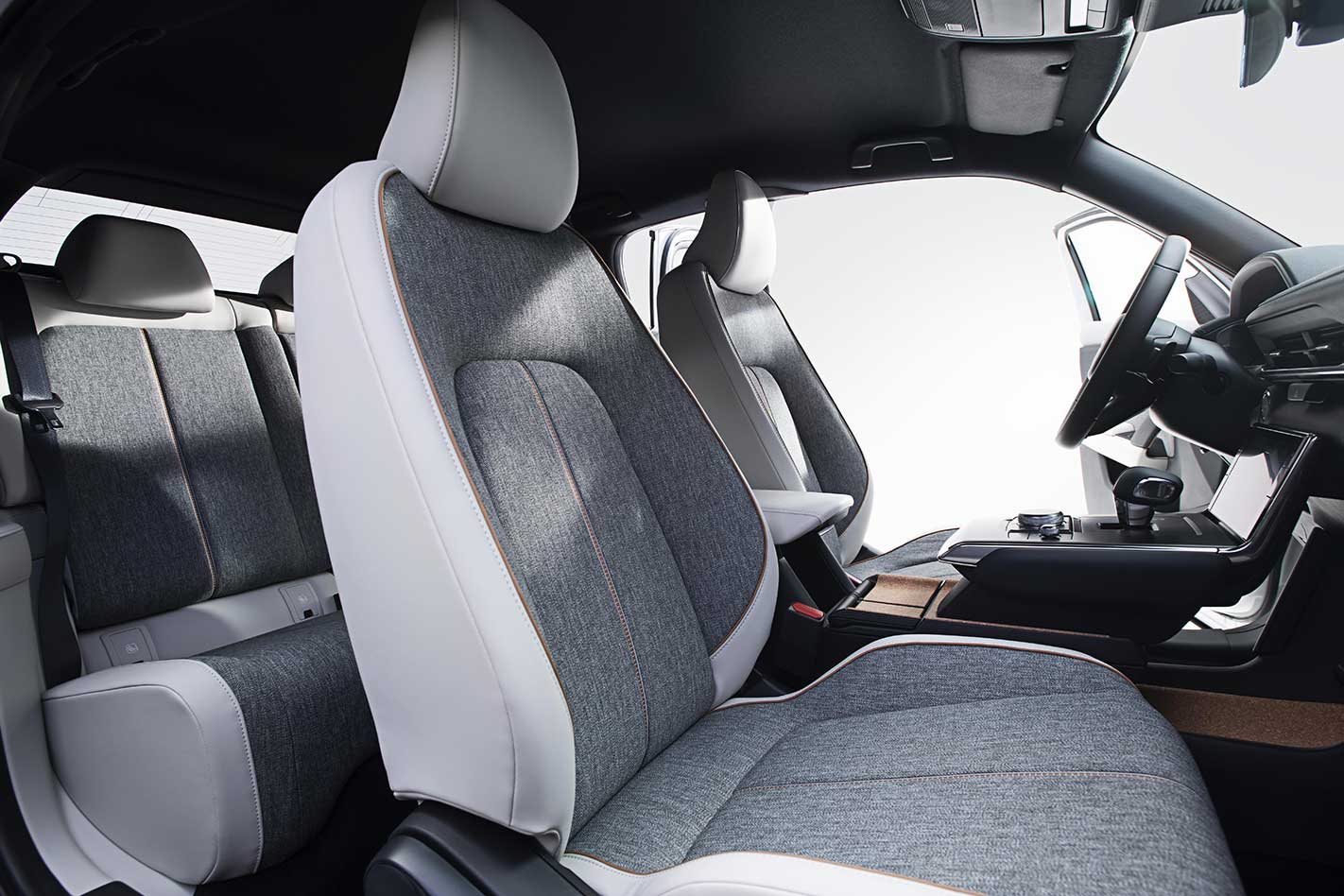 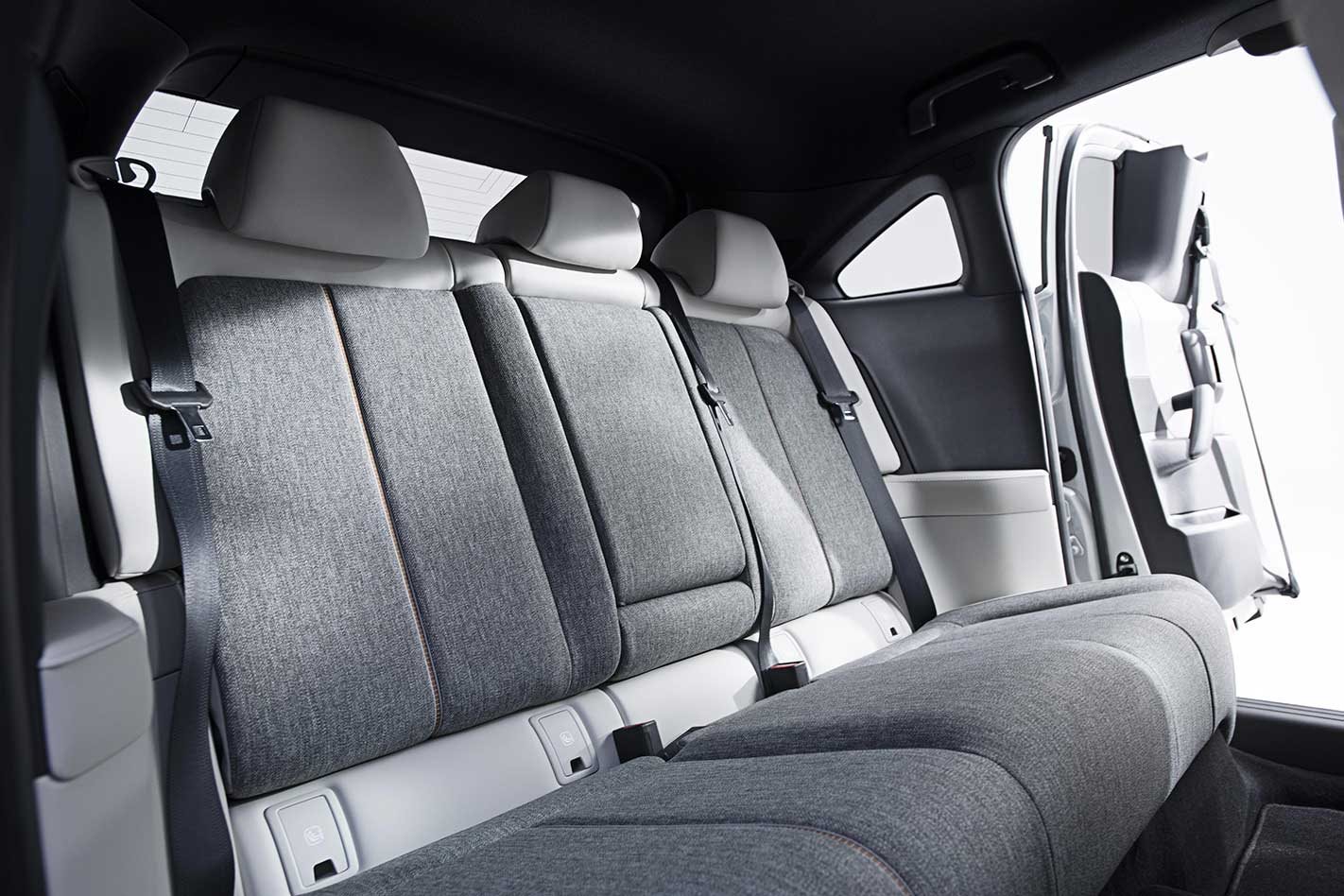 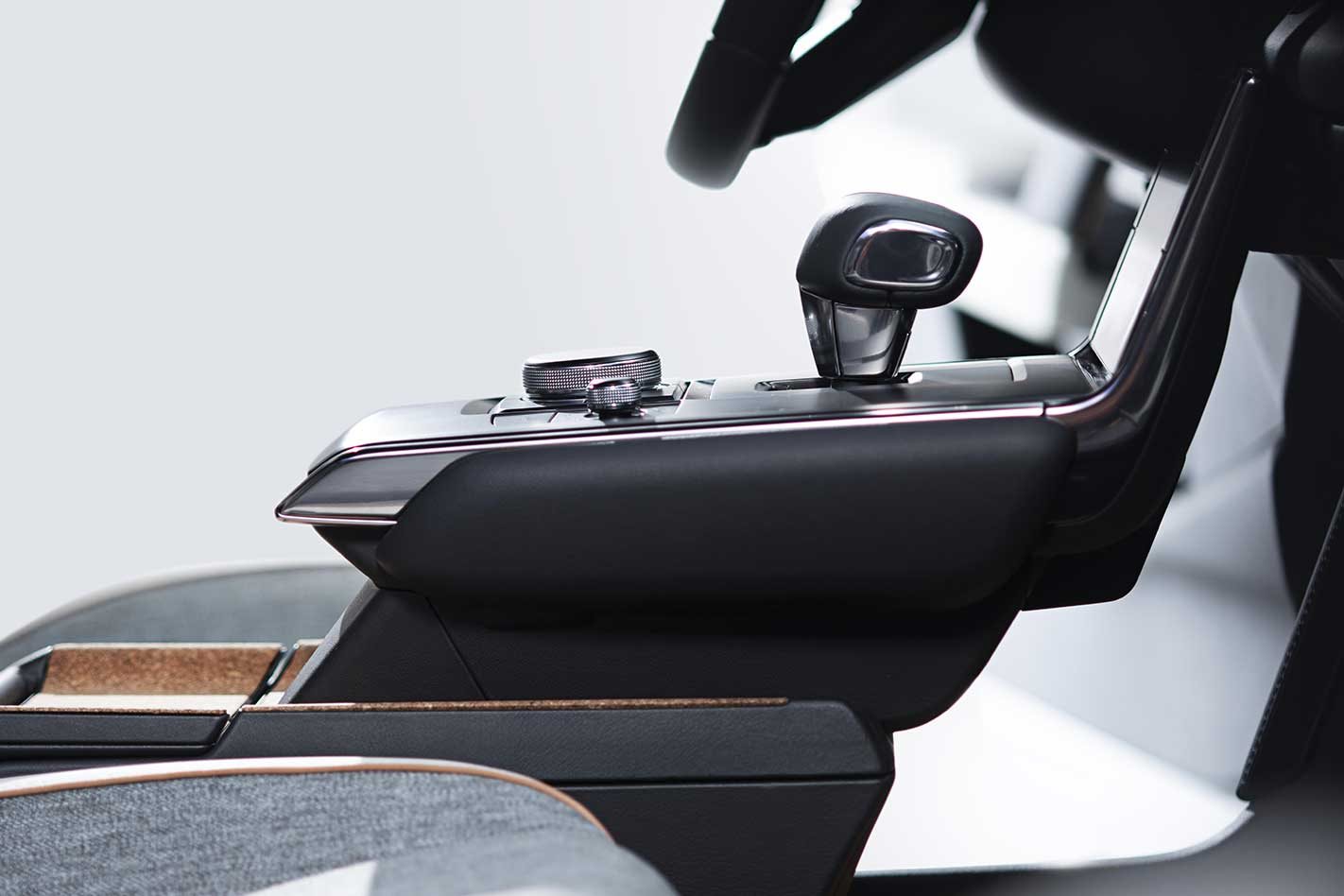 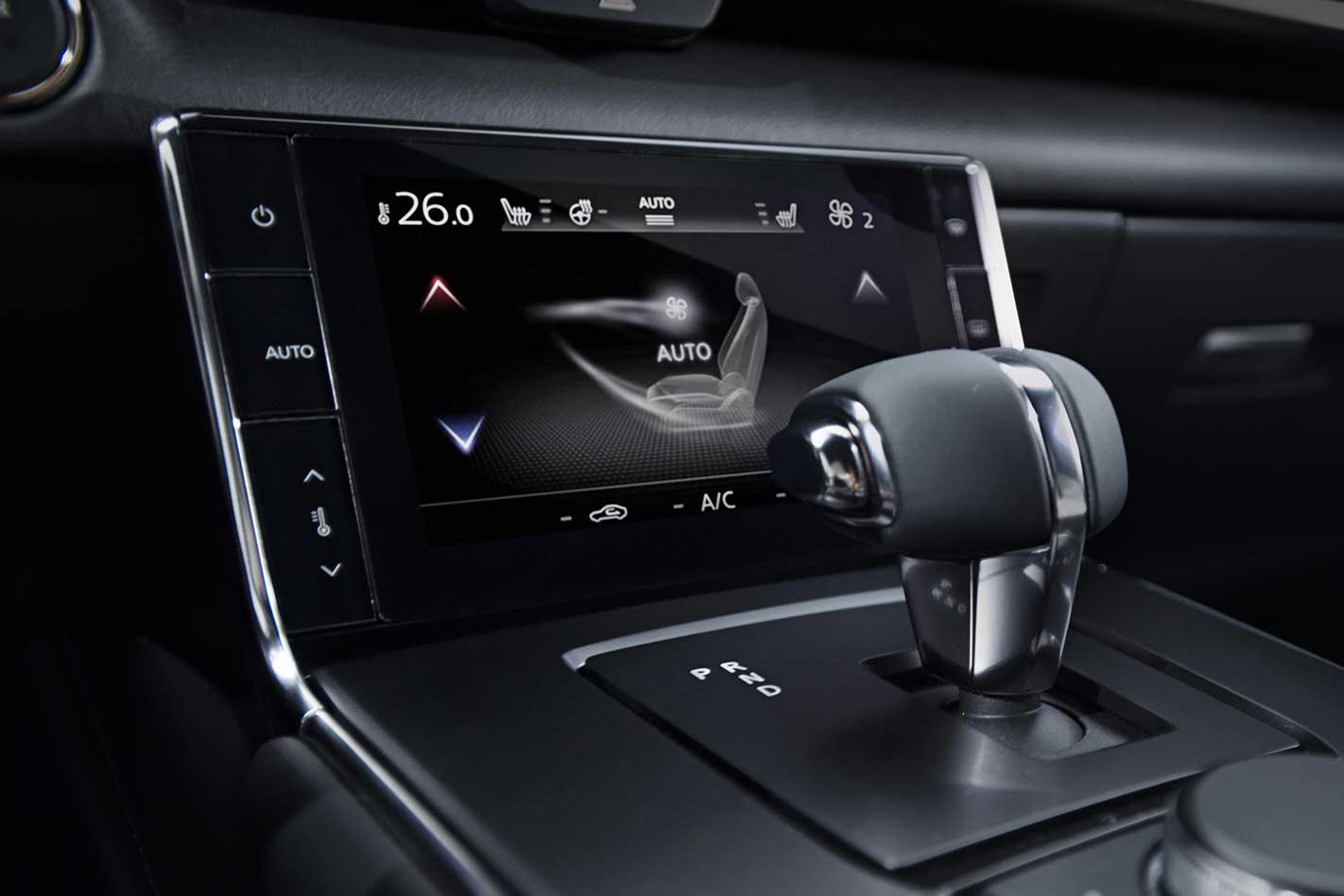 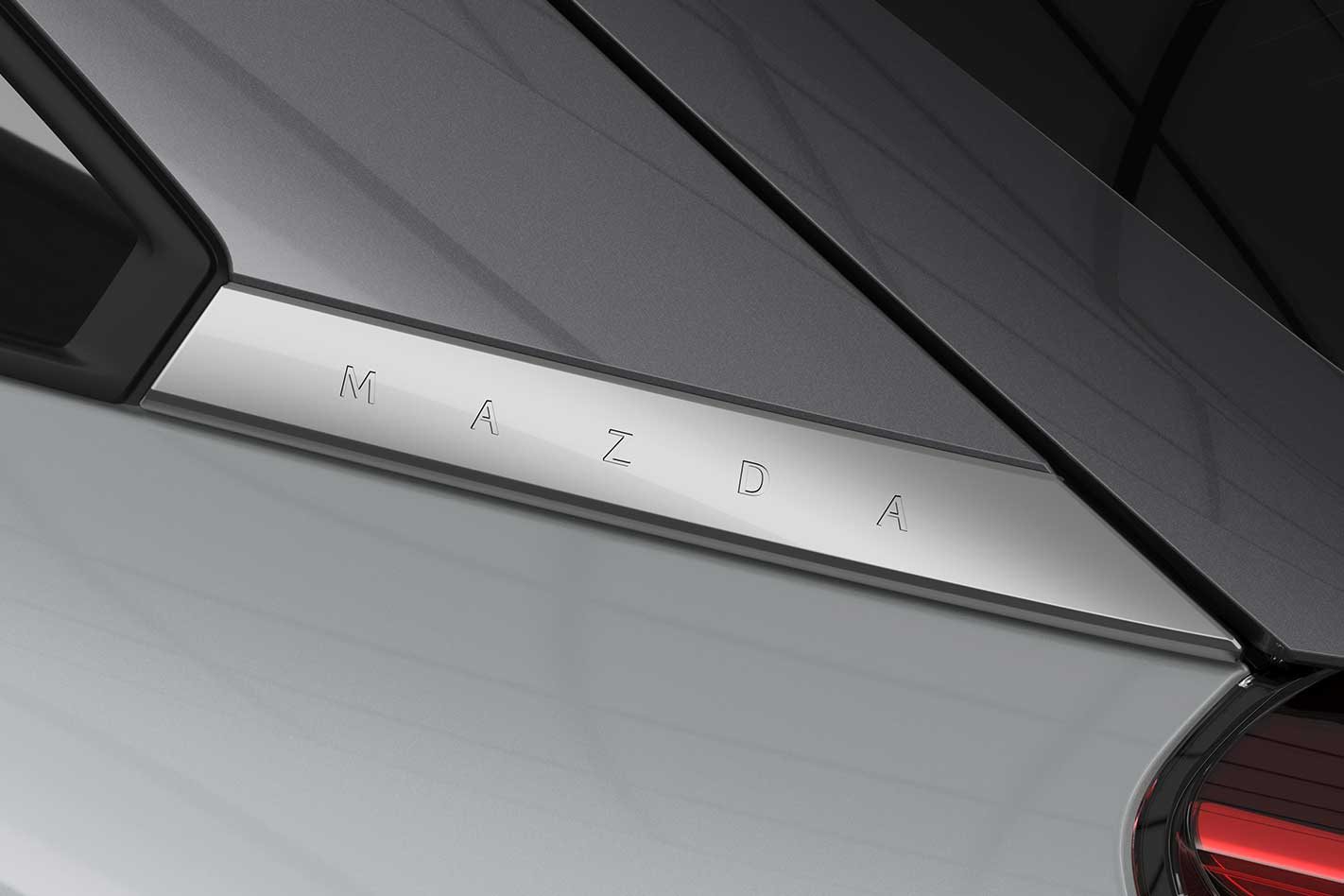