Meet the Ferrari F12tdf. Don't make it angry, though, because it will probably tear your head off.

The name is short for Tour de France, the legendary road race (not the cycling epic) that Ferrari dominated in the 1950s and '60s, and this special edition F12 (799 to be built) is one hell of a tribute.

Think of it as an F12 that's had the Speciale treatment and you won't be far off. Every part of the car has received attention, but we have to start with the engine. 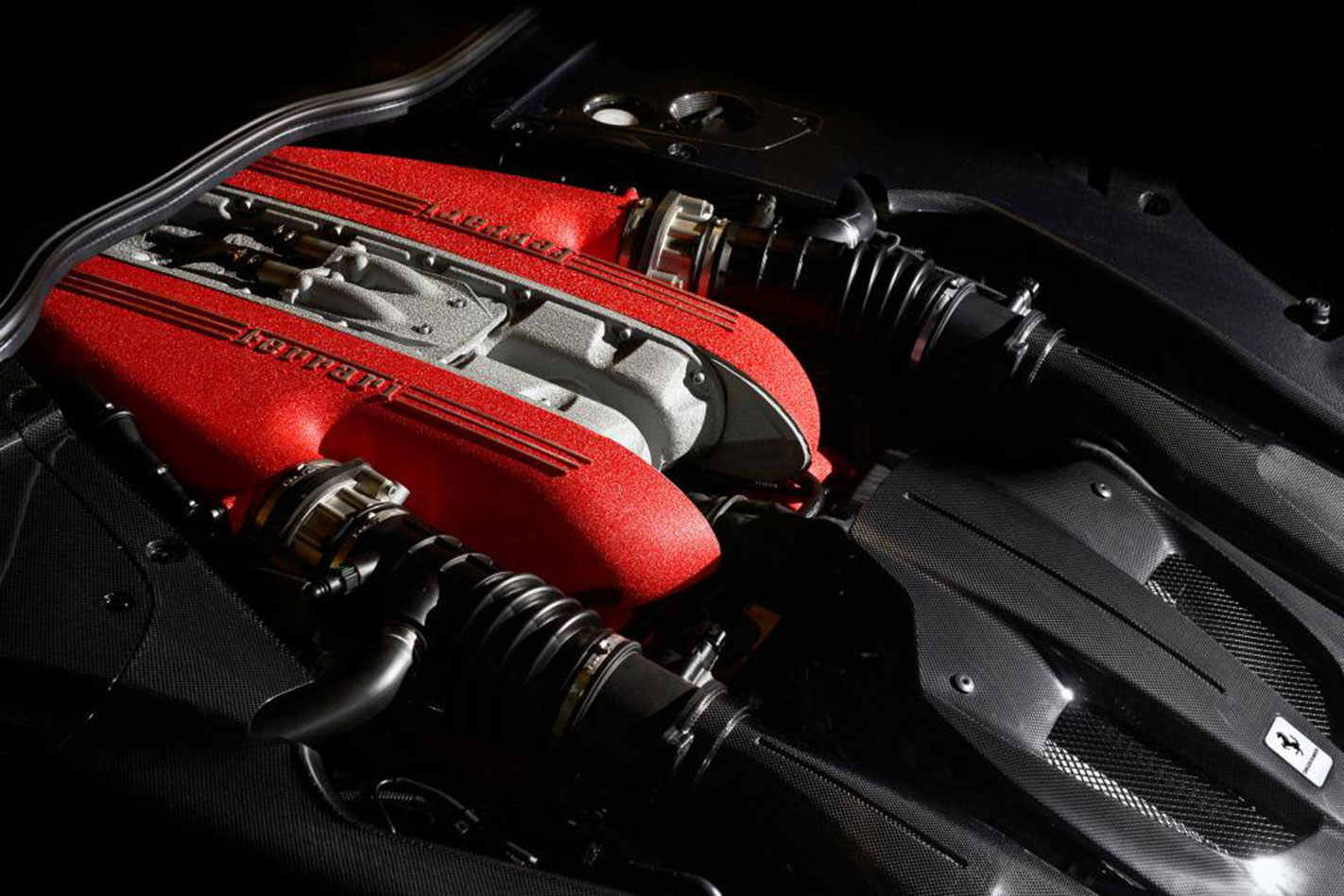 Combine this phenomenal power with a kerb weight of just 1520kg, 110kg less than the regular F12, and performance is startling.

Nought to 100km/h takes a traction-limited 2.9sec, but 200km/h disappears just five seconds later and the top speed is "over 340km/h". That's probably less than the standard F12, because the tdf generates 30 per cent more downforce. 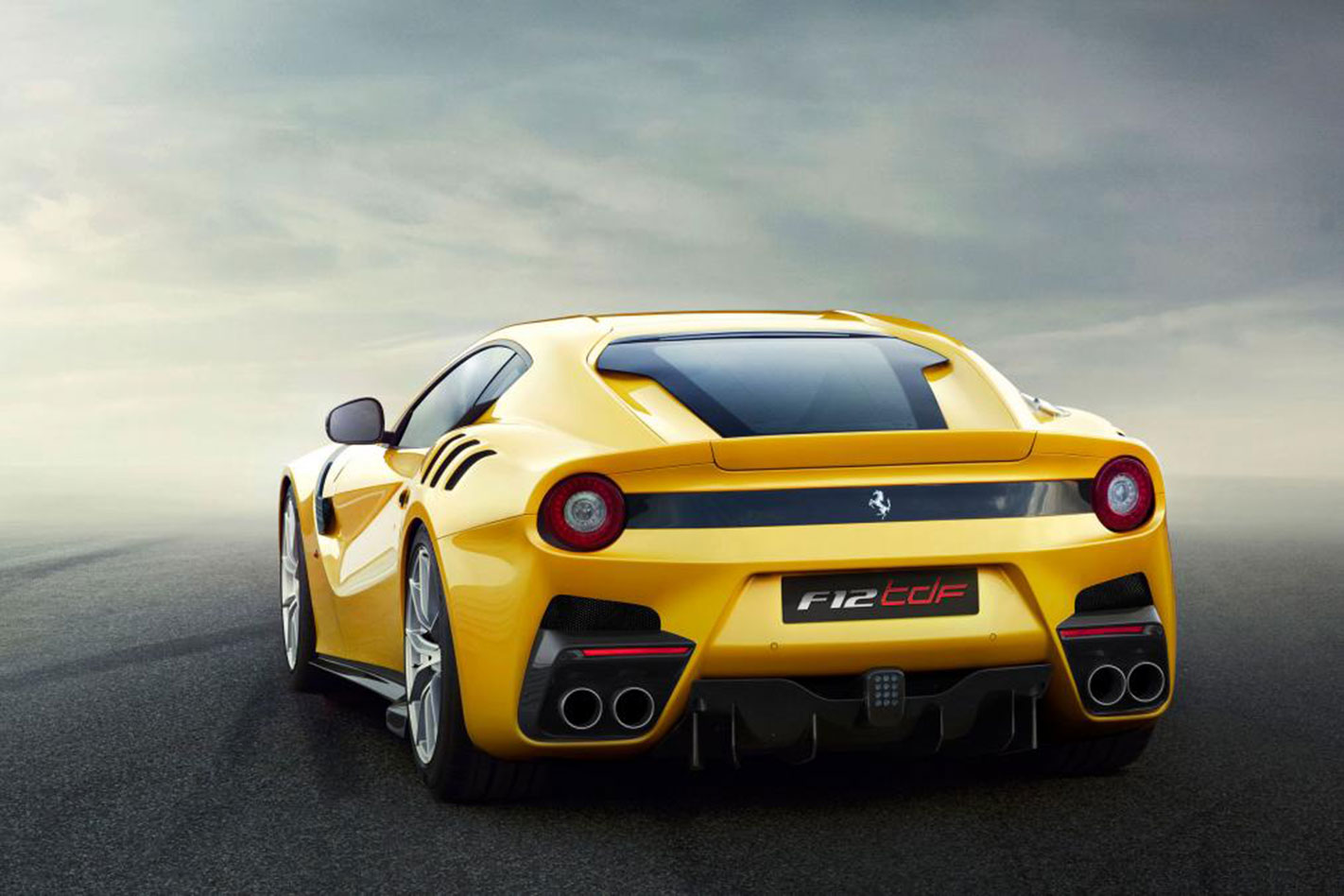 The seven-speed dual-clutch gearbox has been revised with upshifts claimed to be 30 and 40 per cent faster respectively. How you can improve on instantaneous we're not sure, but there you go.

The chassis has had a makeover, too. As well as the significant weight reduction there are wider front tyres (now 275mm) and rear-wheel steering appears on a Ferrari for the first time. 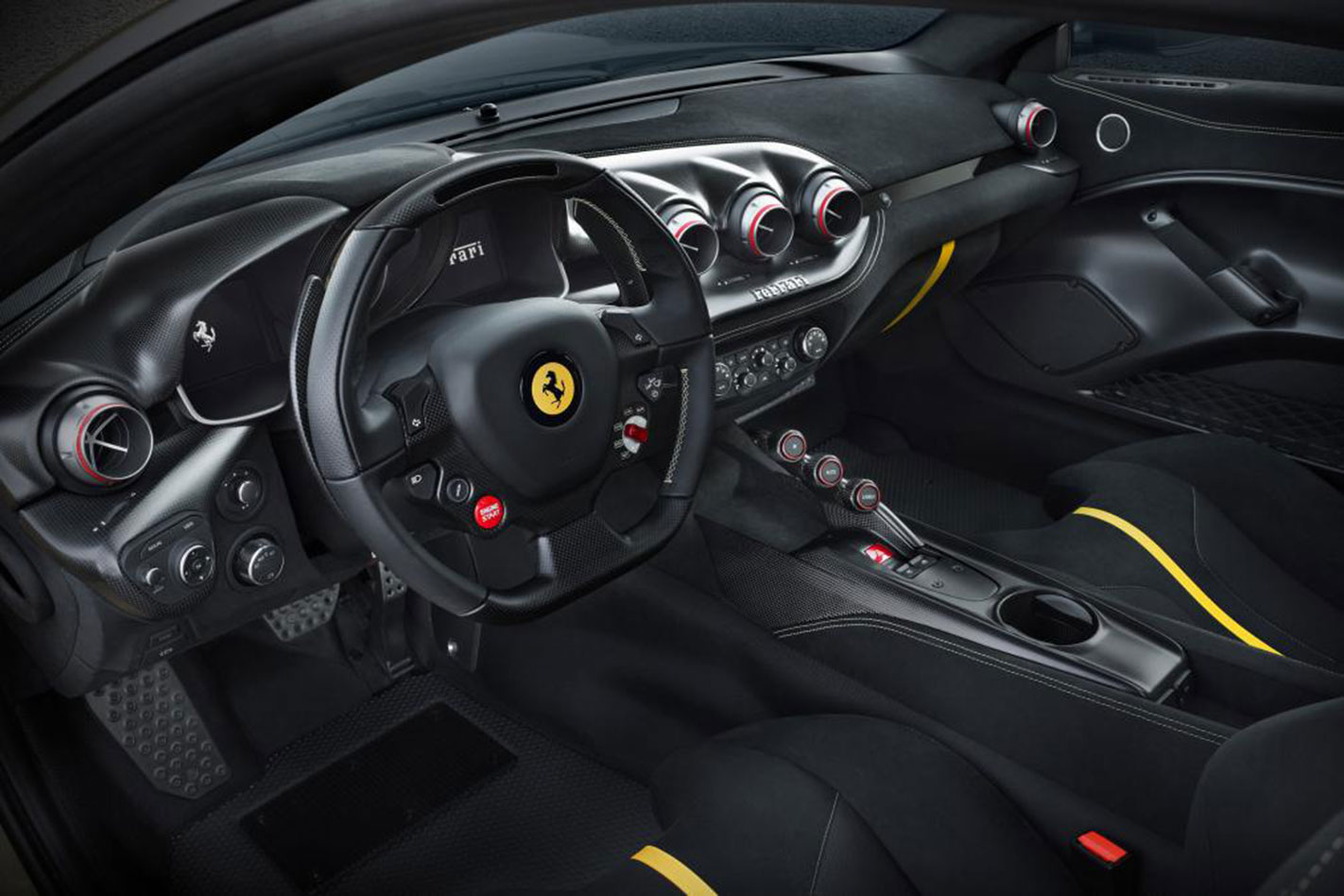 Dubbed 'Virtual Short Wheelbase' the system automatically adjusts the angle of the rear wheels depending on steering wheel angle, speed of steering inputs and vehicle speed.

The net result is a Fiorano lap time of 1min21sec, only 1.3sec behind the LaFerrari hypercar. No word on price, but given its limited edition status we'd suspect that most if not all are already spoken for by Ferrari's favourite customers. 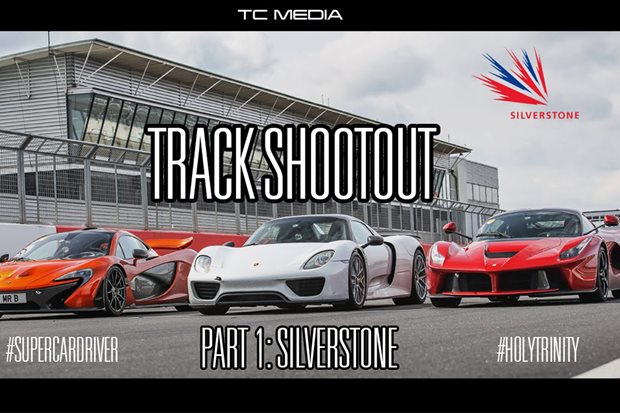 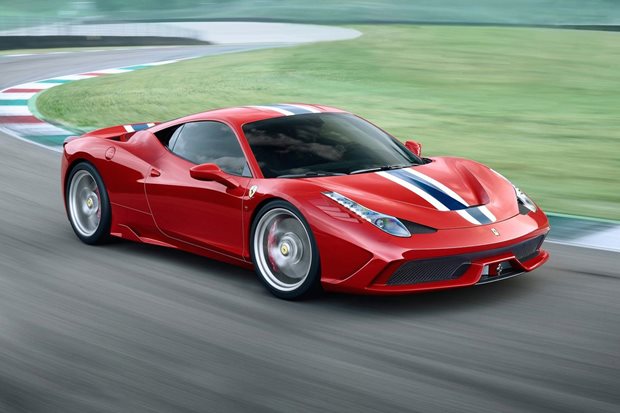 The five production cars that would translate best to Bathurst 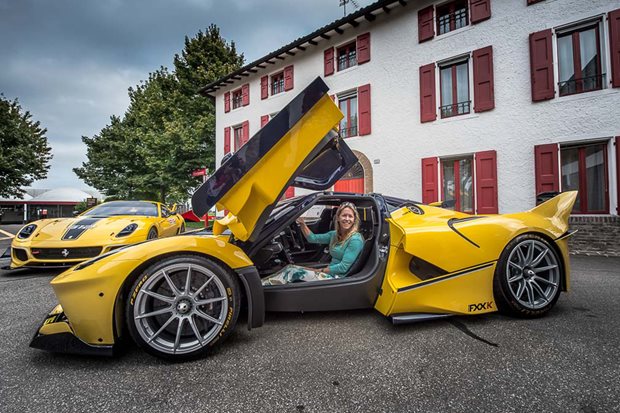