With the 1.7-litre turbo of an Alfa 4C sitting between its rear wheels and a mega widebody kit adding some saucy curves, the Giannini 350 GP is the Fiat 500 we’ve always wanted

Stuffing a mad engine into mild-mannered cars is always a fun formula to play with, but mix in a complete drivetrain layout swap and some ultra-girthy bodywork additions and the end result is bound to excite.

And that’s precisely the recipe that’s been applied to Fiat’s humble 500 by Italian tuning house Giannini Automobili. Dubbed the 350 GP, Giannini’s mutant 500 is transformed from perky urban runabout to muscle-bound hulk thanks to the beating heart of an Alfa Romeo 4C. 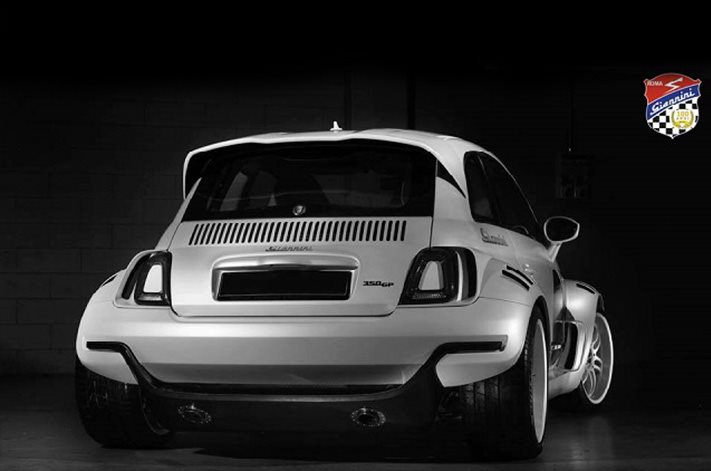 That 1.7-litre turbo engine also sits behind the front seats, which means the 350 GP is rear-drive rather than a bum-dragger. Even the Abarth 695 BiPosto, the most unhinged Fiat 500 offered by the factory, can’t boast that.

And with 260kW surging to the rear wheels, the 350 GP handily outguns the 177kW Alfa 4C. Giannini doesn’t mention what type of gearbox handles cog-swapping duty, but the 4C’s paddle shifted six-speed dual-clutch auto is a safe bet.

The extra horses are countered by sizable Brembo brakes (six-piston calipers at the front, four-piston calipers at the rear), pushrod suspension with Ohlins coilovers, and a mammoth (well, for a Fiat 500) 19-inch wheel and tyre package to stick it all to the road. However, it’s the engorged fenders and wild aero of the 350 GP’s carbonfibre bodykit that’s its real party trick.b

Meanwhile, the less said about its gaudy blue-on-white interior, the better. 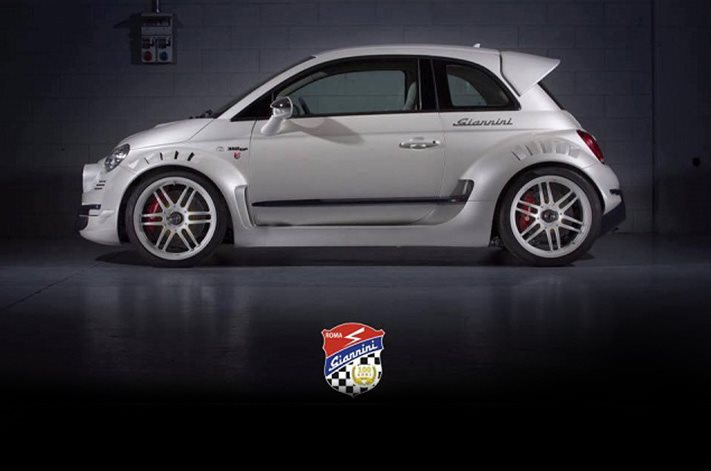 Presumably necessary to accommodate both its pushrod suspension and 4C-sourced powerplant, the 350 GP’s outrageous bodywork is filled with racy vents and slashes, and augmented by a retro-inspired vented tailgate and verandah-like rear wing. Only the doors and roof appear to be untouched, and a sizable bonnet vent also puts the front suspension’s remote reservoirs on prominent display.

An Alfa 4C measures roughly 24 centimetres wider than a Fiat 500, but Giannini’s 350 GP seems to exceed that difference by a hefty margin. However, official specifications are hard to come by, sadly, including the 350 GP’s all-important 0-100km/h stat.