Hyundai’s fast future is taking shape ahead of the launch of its standalone ‘N’ performance brand later in 2016.

The first N model will be based on the i30 and while Hyundai is tight-lipped on specifics, it’s dropped a number of hints as to the car’s specification in a YouTube video released to coincide with its recent test run at the Nurburgring 24-Hour.

The Nurburgring prototype uses a 2.0-litre turbocharged engine, bucking the downsizing trend. The video above shows footage of the engine on the dyno and offers a glimpse of outputs of 195kW/310Nm. 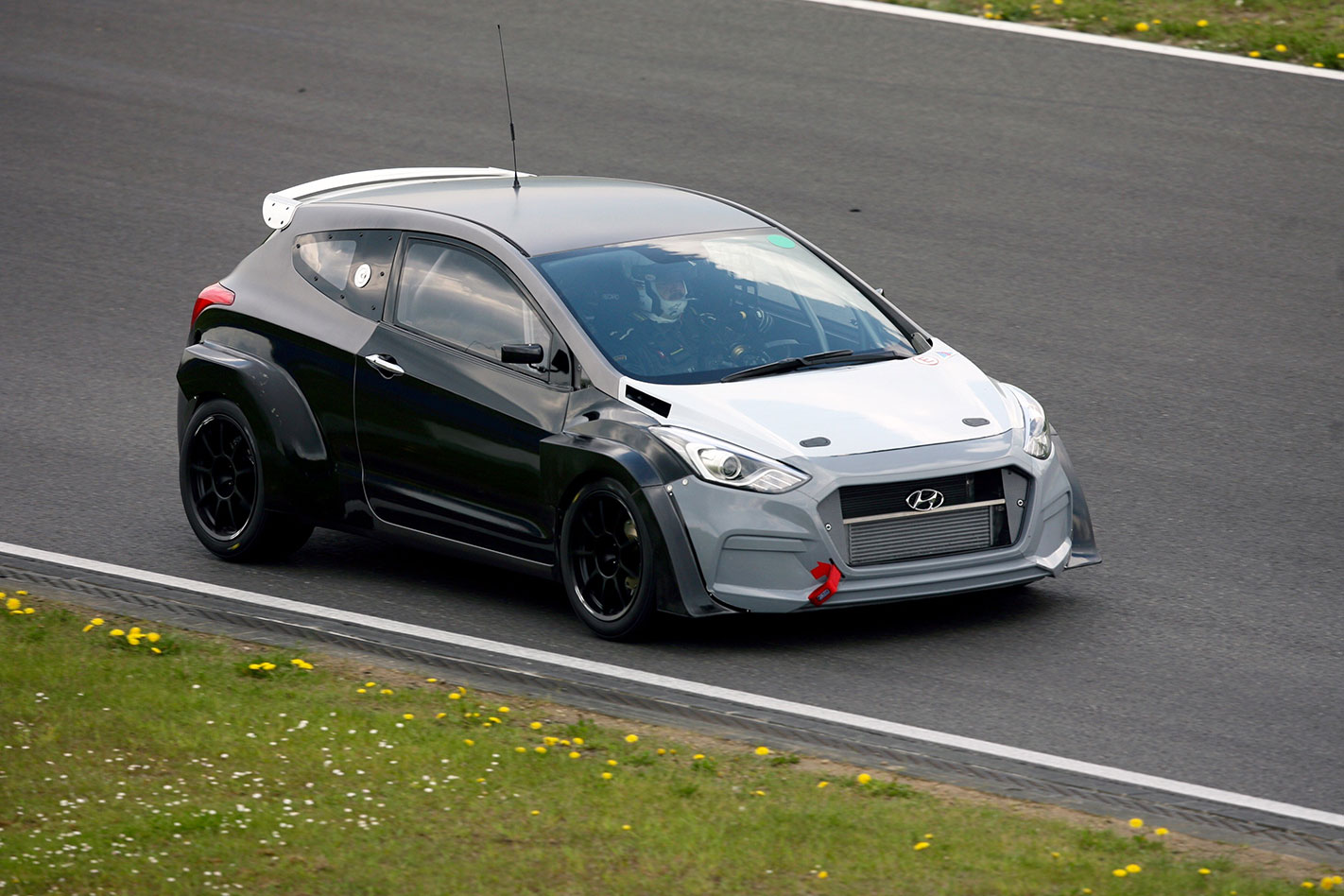 Final outputs are likely to be in this ballpark, though the same engine in Hyundai’s RM16 concept car – albeit in a mid-engined application – produces 221kW, so a few extra herbs may be on the agenda, potentially in the form of an overboost function.

The development video also reveals the i30 N will use a dual-clutch gearbox, the aggressive exhaust blurts on upshifts a dead giveaway, though a six-speed manual is also expected to be offered. Power will be fed exclusively to the front wheels via an electronically-controlled limited-slip differential.

Radically widened bodywork appears on the Nurburgring prototype, however such extreme guards would be unlikely to appear on a car aimed at around Golf GTI money. 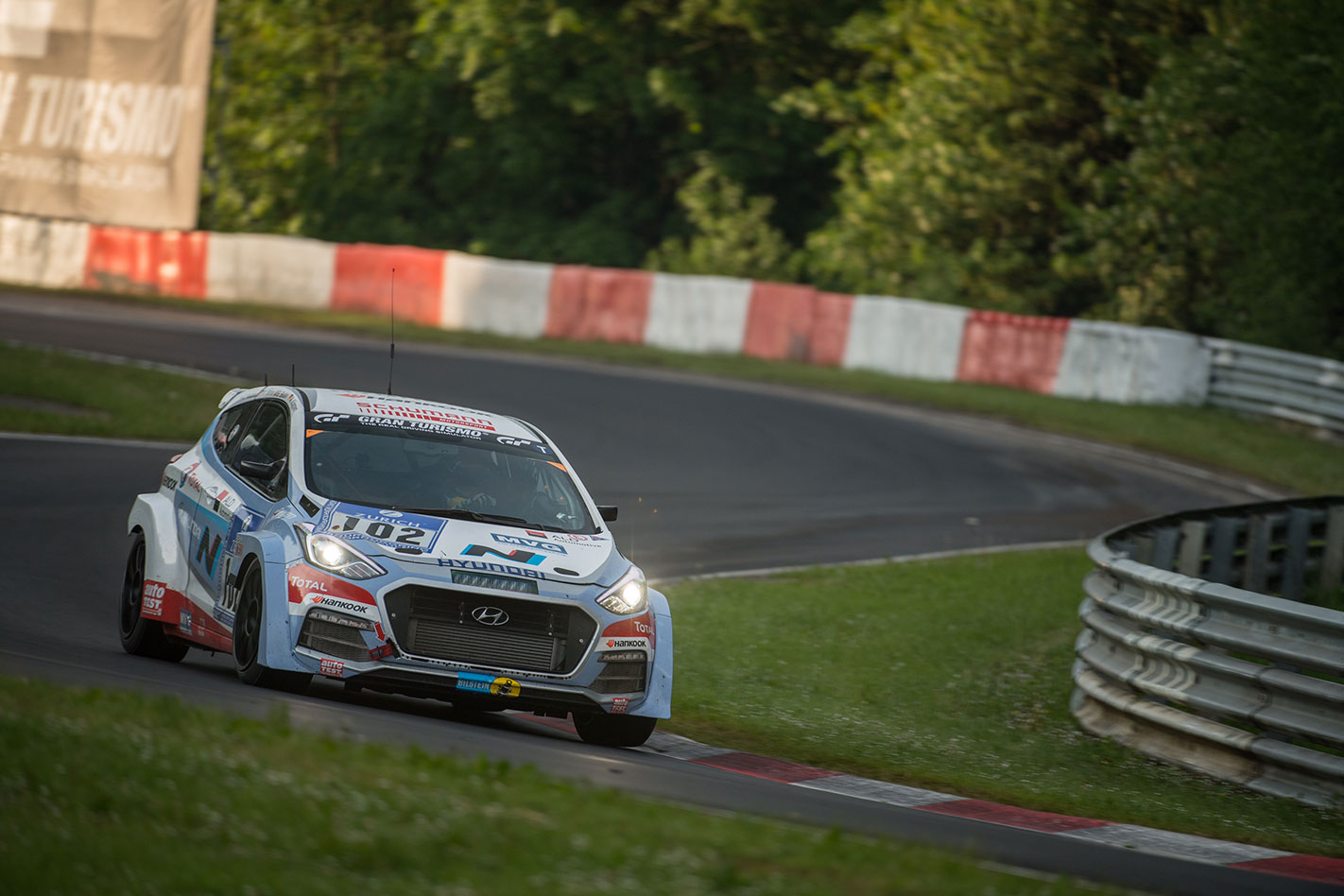 The current rumour mill suggests the i30 N will appear as a two-tier range, similar to the Peugeot 308 GTi 250 and 270, so some of the higher-spec equipment (such as the tricky diff and bodykit) may be exclusive to the more expensive model.