Meet England’s answer to the Ferrari Monza, the McLaren Elva, a two-seat, open-top roadster that is the latest in McLaren’s Super Series range.

The name harks back to the McLaren-Elva sports racers of the 1960s, the Bruce McLaren-designed machines customer versions of McLaren’s Group 7 racing cars. 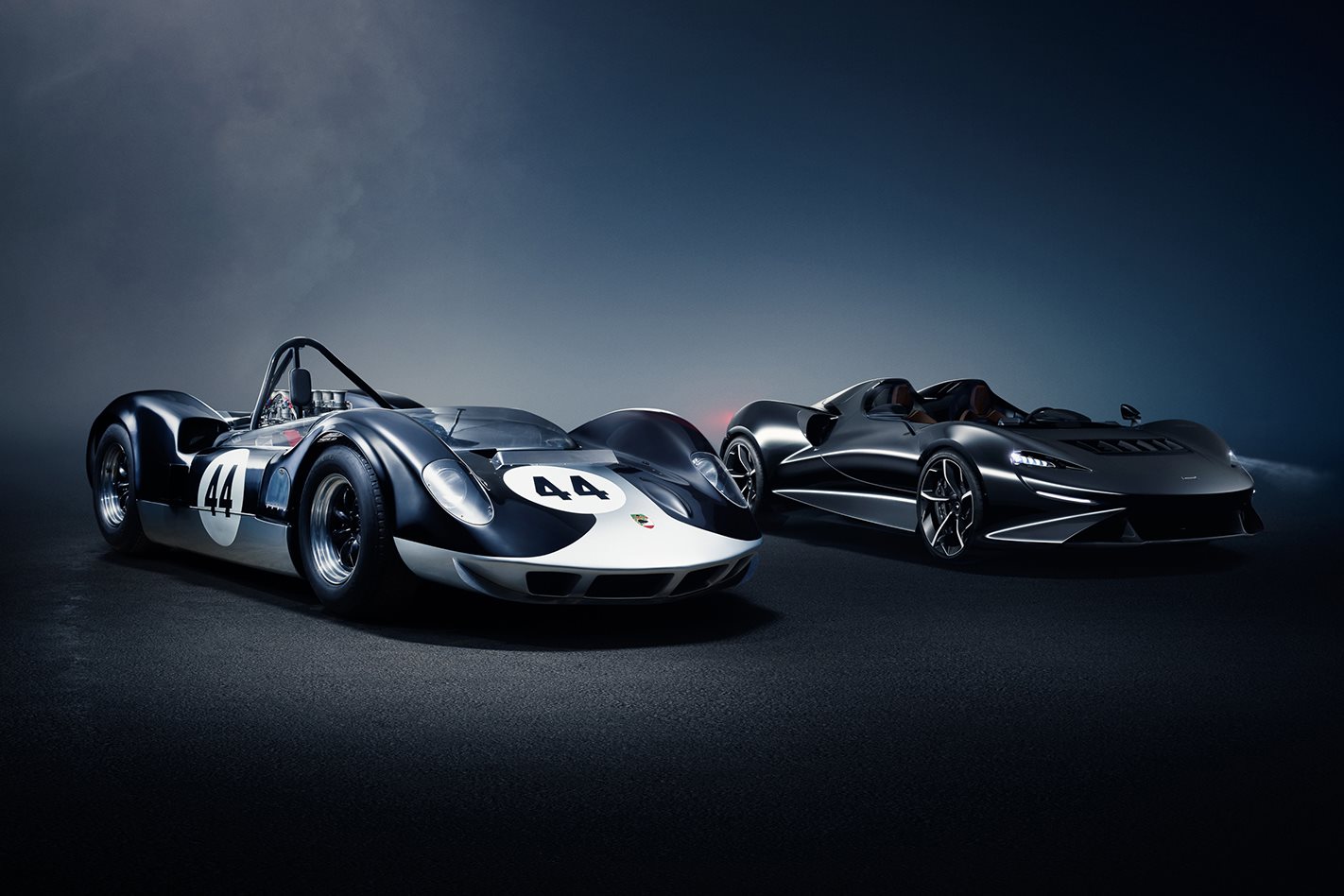 Like the McLaren P1, Senna, and yet-to-be released Speedtail Super Series siblings, the Elva is extremely limited, extremely expensive and extremely fast. Just 399 will be built with prices starting at 1.425m pounds (AUD$2.67m), though that is just the beginning with each example set to be individually configured via McLaren Special Operations.

Under the carbon clamshell bonnet is a monster 4.0-litre twin-turbo, dry-sumped, flat-place V8 producing 600kW/800Nm. It’s connected to a seven-speed dual-clutch gearbox and with launch control engaged 100km/h is claimed to take under three seconds, with 200km/h reached in 6.7sec. 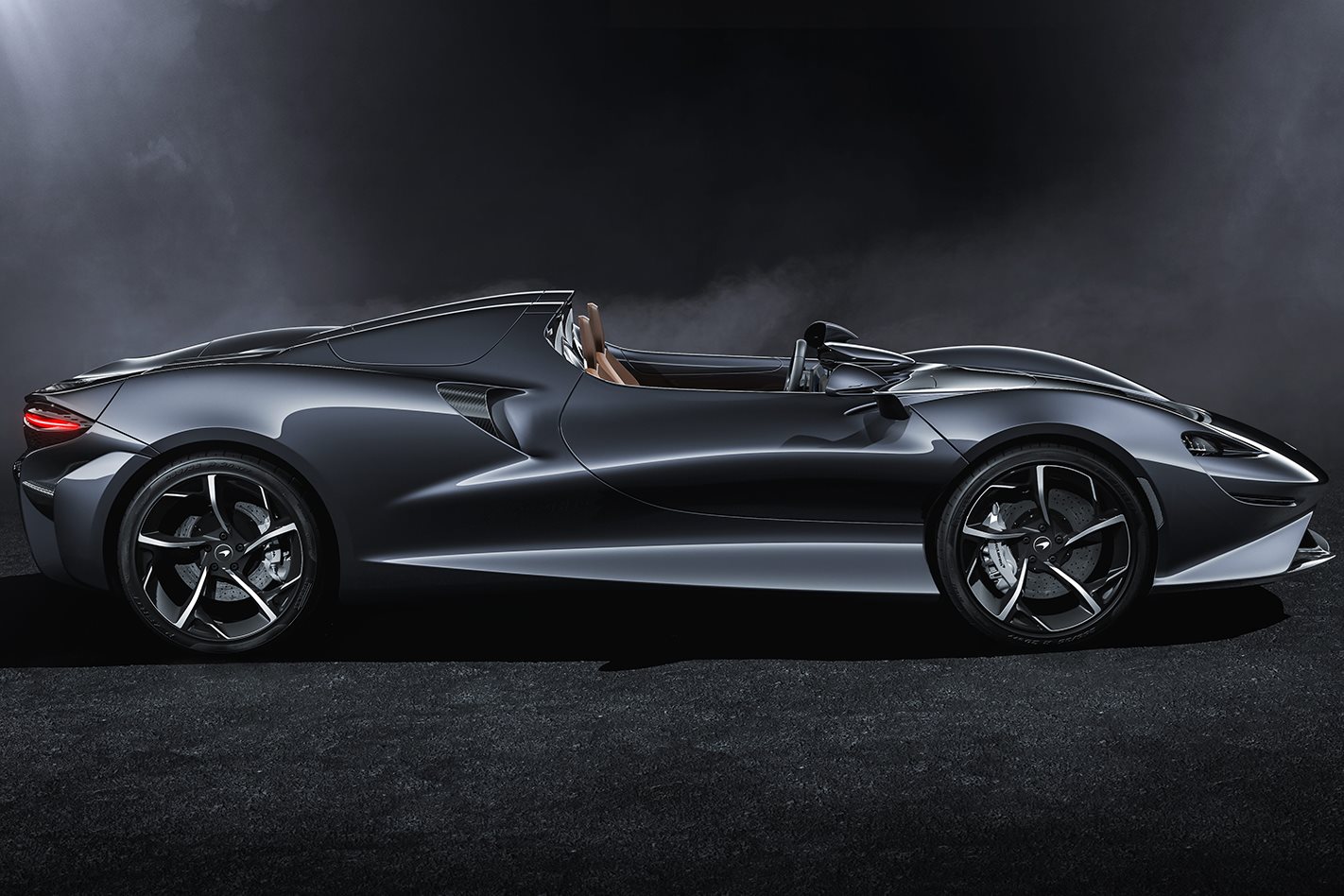 Yes, the sprint from 100-200km/h only takes a fraction longer than that from 0-100km/h. This figure undercuts the Senna, largely thanks to the Elva being the lightest ever McLaren road car, though the final homologation figure is yet to be determined.

Obviously, ditching the roof, windscreen and side windows helps shave kilograms, though a windscreen is available. Unlike the similar Ferrari Monza, which isn’t road-legal in the United States, McLaren claims the Elva is homologated for all major markets. 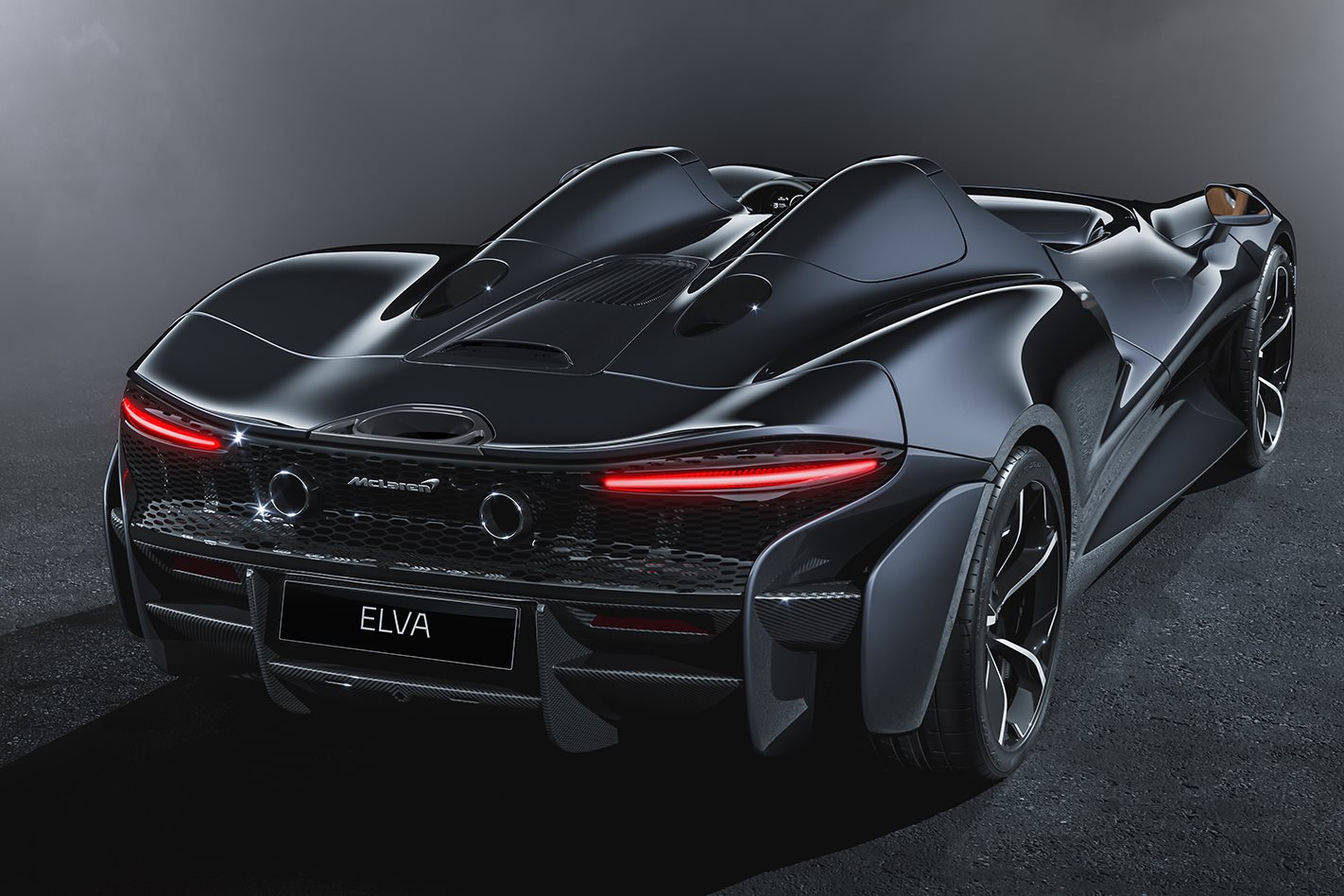 There are bespoke carbon seats, titanium pistons in the calipers and sintered brake discs, which are much stronger than even regular carbon-ceramic discs, allowing them to be smaller, again reducing weight.

How to service a McLaren F1

The Elva chassis uses electro-hydraulic steering, McLaren one of the last manufacturers to retain hydraulic steering for its extra connection, while its clever hydraulically-interlinked dampers control the body in corners while also providing a remarkably compliant ride. 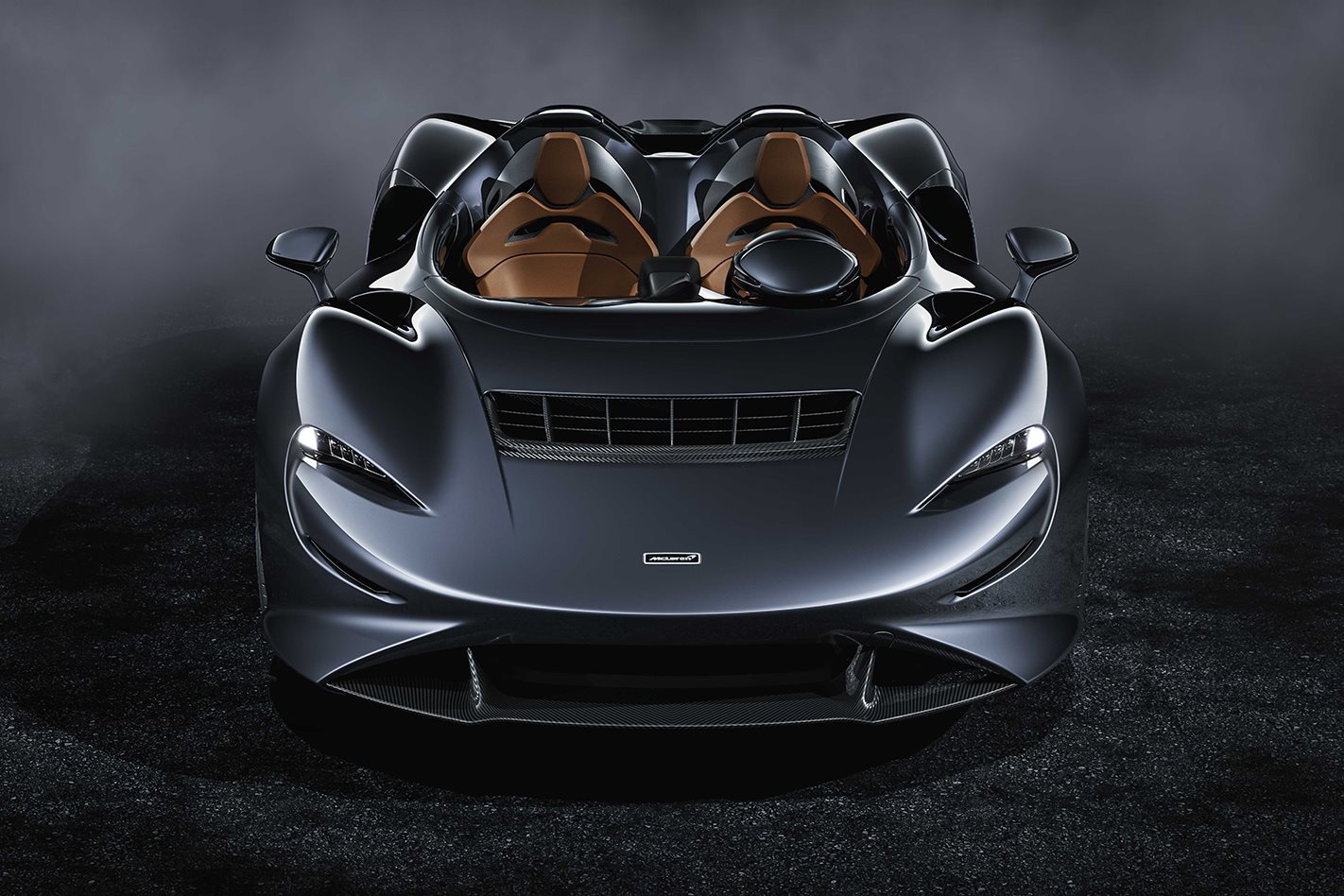 A series of aero devices protect passengers, primarily including a large central air inlet with a carbon wind deflector that rises and lowers 150mm to divert air over and around occupants, who are separated by a large carbon central spar. 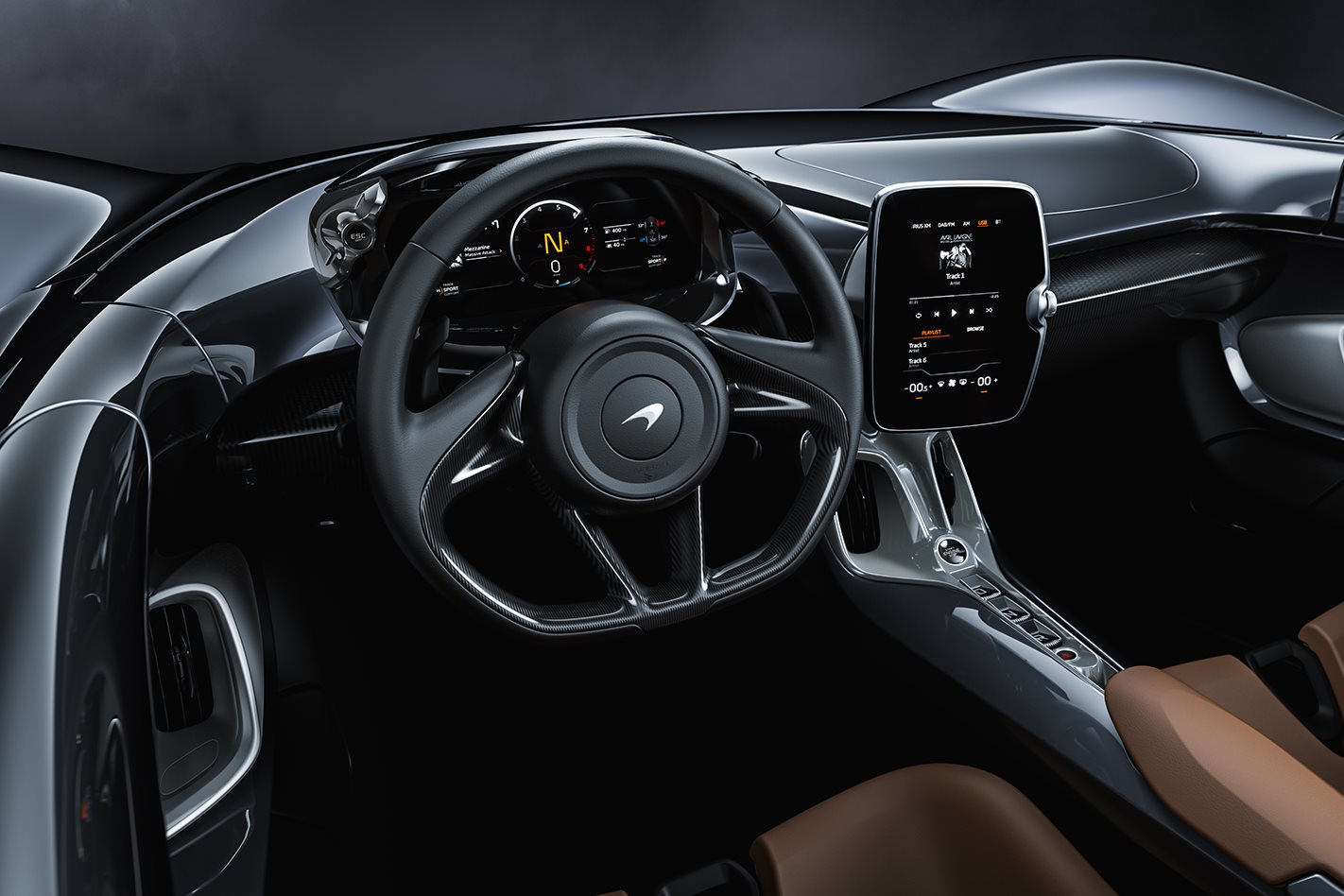 McLaren is particularly proud of its ‘blurred boundaries’ design principle, with no delineation between the exterior and interior. The cabin is covered in a mixture of weather-resistant leather and a new breathable synthetic material Ultrafabric.

As you’d expect for a Super Series model, virtually every part of the car can be personalised through MSO, from interior colours, paint colours, gloss carbon fibre, different wheels and even the badges are available in white gold or platinum.

Unusually for an ultra-rare hypercar, all examples aren’t currently spoken for, so if you’re keen, get in touch with your nearest McLaren dealer now.