The Mercedes-AMG Project One is a step closer to production, with its Formula One-derived powertrain now at full power.

Even better, AMG has given us a peek behind the curtain at its Immendingen test track to see and hear how the Project One is coming along.

Previous press releases have referenced the difficulties with secretly testing a hypercar that sounds like an F1 racer, and now we can hear why. And, as the video mentions, there’s no sound synthesising. Everything you’ll hear is real.

The Project One’s 1.6-litre turbocharged V6 and its electric motors are “comprehensively electrified and highly complex” according to AMG, “with its full output of more than 735kW.” 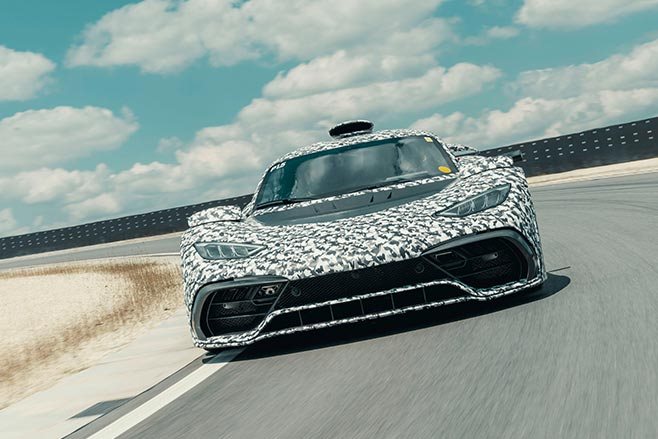 Project One has been coming for some time, it was announced at the 2017 Frankfurt Motor Show, where we discovered it would produce ‘around 740kW’, rev to 11,000rpm, and be capable of a top speed near 350km/h.

This comes thanks to that turbocharged V6 as well as four electric motors, a 120kW electric motor on each front wheel, one 100kW motor for the crankshaft, and an 80kW unit running the turbo to kill lag.

It will also have a full-electric driving mode, but this isn’t the primary aim of the Project One and will thus only be good for around 25km according to the latest official info on that particular aspect of the car, which is from 2017.

On track, small tweaks are now being made to perfect elements such as the car’s aerodynamics, which are now fully functional. 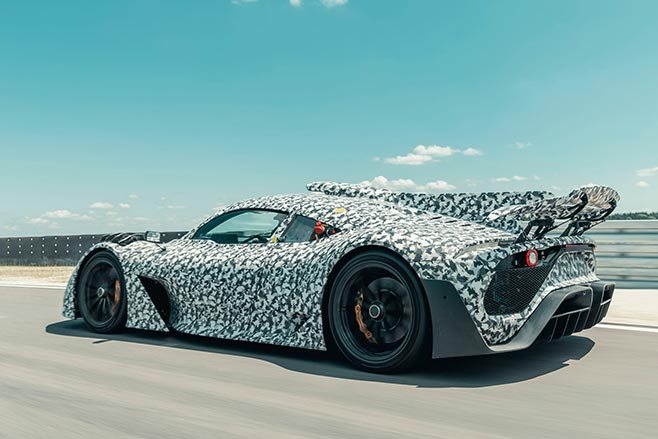 “Testing has thus now largely transferred from the test stands to concentrate more and more on test tracks,” AMG says.

“The objective of reaching a new dimension of driving dynamics and performance for a road-going vehicle with the Project ONE and thereby setting a new milestone in automotive history is thus gradually drawing closer for Mercedes-AMG.

The techy details: AMG Project One

“The next step in this extensive programme of testing and development is already clear: the performance of the Project ONE will shortly also be tested on the north loop of the Nürburgring.” 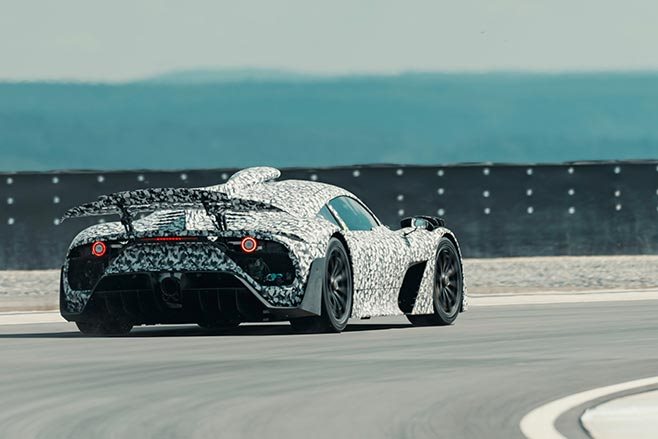 In 2017, it was confirmed nine of the 275 Project Ones will come to Australia, though a higher demand which was disclosed in the form of seven more serious expressions of interest means that number may have changed.

Mercedes-Benz Australia expects international deliveries of Project Ones to commence in late Q1 2021.