ACCORDING to the timeworn adage, nothing is ever predictable in motor sport. Ahem, sorry, but is anyone prepared to argue that Mercedes-Benz will not win the 2016 World Championship, and by this we mean both drivers’ and constructors’ crowns?

If there is any uncertainty, perhaps – and it’s a big perhaps – it might relate to the fortunes of the two Mercedes drivers. Could Lewis Hamilton have lost some motivation after three titles? And maybe Nico Rosberg is fired up to avoid finishing an ignominious runner-up to his teammate. 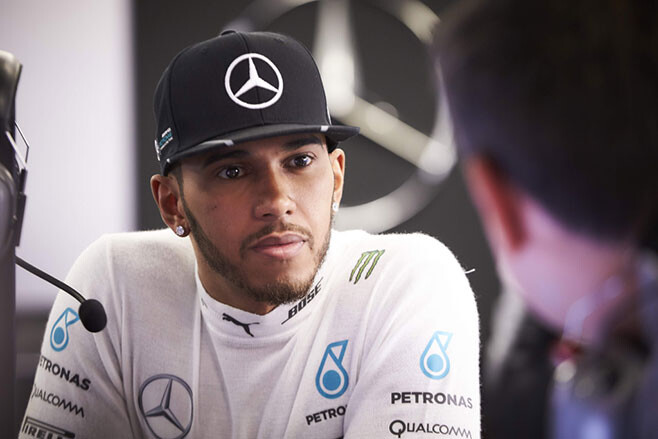 Mercedes claims to have eased team orders binding Hamilton and Rosberg to rather inflexibile team strategies. Toto Wolff indicated the two drivers are more comfortable working with each other now – que? – and in any case tightened radio rules for this season limit the influence from the other side of the Armco. Heavens, the drivers may even get to think for themselves as part of their big annual stipend.

Williams, which uses Mercedes engines, has been suggesting it might just leapfrog Ferrari this season, but this a form of optimism not reinforced by any particular evidence.

Boasting is easy – and free – before the rear action starts.

Hamilton senses Ferrari has “seriously picked up its game” and poses a serious threat to Mercedes.

The many questions will move towards some clarity at the opening race, the Australian Grand Prix, next Sunday, when we hope for some uncertainty to accompany the predicted 25 per cent hike in exhaust noise from the 22 cars including newcomer Haas F1’s two machines.

Meanwhile, Daniel Ricciardo (pictured, above) just keeps smiling. He’s pumped and ready to roll: “The track is fun, I love street circuits so for me Melbourne’s got really good flow, really good corner combinations, lots of left/right, left/rights which is cool.

“Testing’s been a lot better for us this year,” he declared. “You still don’t really know where you are until you get to Melbourne, but we’re better prepared than we were this time last year so we can use that as some confidence.

“Me personally, I’m ready to go – I was ready in January and I’m still ready now! Just keen for those lights to go out and to get racing! I think everyone’s excited to get going, but even if the race was elsewhere I think there’s no-one more excited than me to go racing, period!

"But the fact that it’s in Oz and I’m going to have more supporters than anyone else, hell yeah, I’m excited!”

But not necessarily excited about the new qualifying system to be introduced in Melbourne (finally, after a yes…no…um yes dance routine from the rule makers). No-one thinks it’s a terrific idea.

“Formula One has announced the creation of a new body designed to ensure that the sport maintains its high standard of coming up with incredibly bad ideas.

“The Terrible Ideas Team (TIT) will suggest new ways in which F1 can endlessly fiddle around with its own rules and structures to make the sport as needlessly contrived as possible.”

Red Bull owner at it again

Red Bull moneybags Dietrich Mateschitz (pictured, below, with Daniel Ricciardo) broke his recent silence a few days ago to slam Mercedes and Ferrari – the two car giants with which he was not many months ago (unsuccessfully) negotiating for an engine supply deal for his #1 team.

These two manufacturers have shown absolute domination in F1 with the two choosing – as is their right – not to supply power units to any team (like Red Bull) that might threaten to beat them.

The Austrian is insisting the on- and off-track power of Merc and Ferrari is to the sport’s detriment.

He’s right, of course. But Mercedes in particular will be in no hurry to give up its advantage. Motor sport has always been about producing the best combination with the aim of winning. At present, Mercedes does it better than the rest. Ferrari has been the powerhouse in the past, when Jean Todt and Michael Schumacher found the narrow recipe for success.

For 2016, Mateschitz’s teams have Renault power (Red Bull) and last year’s Ferrari engines (Toro Rosso). According to Autosport, he’s confident that Red Bull will again win the battle for third in the constructors’ standings behind the giants and ahead of the Merc customer teams Williams and Force India, and with Toro Rosso in the scrap for fourth or fifth.

Mateschitz is still up for the idea of an independent power unit supplier, a sort of modern-day Cosworth. But this world only work if the indie came up with a competitive engine and it’s not easy to see such an organisation matching or beating the might of Mercedes and Ferrari.

In any case, the suggestion of an independent engine supplier was blown out of the water by the dominant teams recently, leaving Mateschitz worrying about the future.

He is again threatening to take his two teams away from F1 if Red Bull doesn’t get a competitive engine after 2016.