This means the 527kW supercharged four-door sedan will follow time-attack machines up Colorado’s famous 20km-long international hill climb, eligible to set overall records but not for its class. 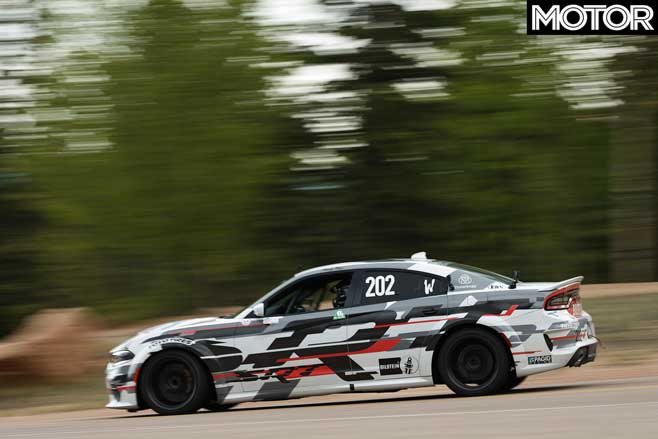 Its 6.2-litre blown Hemi V8 gets some specific tweaking for the ascent since oxygen thins during the 1.4km climb. Dodge says unique engine management and a race exhaust should ensure it produces the power it needs.

It’s left the suspension alone, claiming that the car’s already huge 305mm-wide tyres at each corner, backed by Bilstein dampers, are already suited to the demands.

Related: Seven of the most terrifying Pikes Peak hillclimb monsters 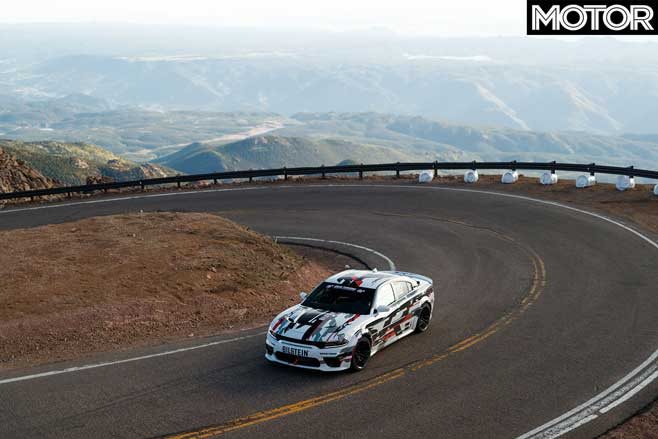 Since the course was fully paved in 2011 its rear-drive configuration and eight-speed automatic transmission have been left alone.

Racer Randy Pobst will drive the car. He’s competed at the event three times, but after an off in a high powered GT-R in 2015, the importance of its FIA-spec roll cage, race seat and race fuel cell are obvious. 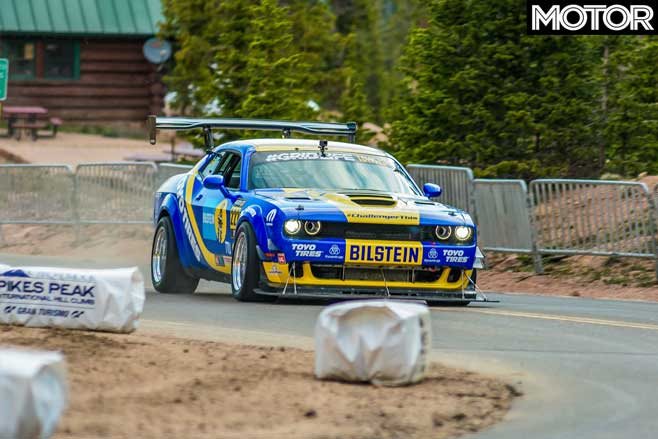 “The driving challenge is like no other on Earth,” he said about his involvement. “This specially prepared Dodge Charger SRT Hellcat Widebody concept has the three ‘must haves’ for this hill climb.

“Lots of horsepower and torque to hit 120 mph [193km/h] plus on the sweepers; great handling with the wider wheels and tires, because there is absolutely no room for mistakes on a mountain road; and the superb brakes to haul that puppy down for 20-mph [32km/h] hairpin turns.”

He’ll also be joined by a race prepared Challenger Hellcat Redeye on the day, which kicks off on June 30, Colorado time.