Gronholm will take part in the 87th annual Pike's Peak climb next month - his first appearance on the mountain - in a new Ford Fiesta entered by the Olsberg Motor Sport Evolution team.

The Olsberg MSE Fiesta rallycross car is based on the Fiesta hatchback road cars but heavily modified for competition. The all-wheel-drive Fiestas are powered by a 2.0-litre Duratec Ford engine capable of more than 800 horsepower.

The team will field cars for Gronholm as well as team manager Andreas Eriksson, with the aim cracking the 10-minute barrier over the 20km 156-turn course. The current record of 10min 01secs was set in 2007 by Tajima.

The Pikes Peak International Hill Climb is the second oldest motor sports race in America and a long-standing tradition in Colorado Springs and the Pikes Peak region since 1916.

As the drivers climb toward the summit, the thin air slows reflexes and saps muscle strength. Some competitors now use oxygen tanks to aid breathing.

The thin air also robs engines of 30 per cent of their power at the summit. Up there, just walking from car to restaurant is a struggle.

This year's race has 11 classes ranging from 250cc motorcycles to big rig trucks and a field approaching 200 competitors. 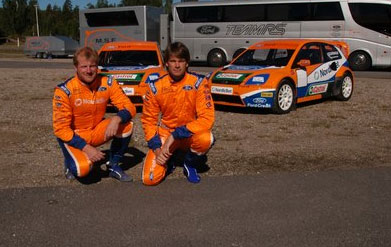