THE best grand prix of the year, or perhaps the finest of the decade. That’s how yesterday’s enthralling 2015 Pramac Australian Motorcycle Grand Prix was labelled by more than one expert, and with no hint of hyperbolic overload.

After it was over and we all got back into our seats, resumed breathing and took a stiff drink, the social media accolades started to fly.

“Holly {sic] shit!!! @MotoGP What a race!!!!!” tweeted Mark Webber aka ‏@AussieGrit , echoing what many felt.

Nico Rosberg chimed in too with: “Wow. Mega racing.” 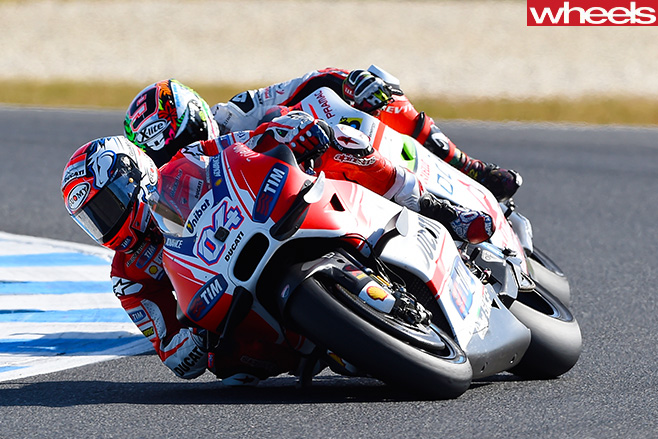 Someone else – someone who inherits my skin - declared: “And THAT folks is why MotoGP is simply the best racing on the planet. If not the universe.”

In a tense championship scenario where the two Yamaha team-mates Valentino Rossi and Jorge Lorenzo went to Phillip Island locked in a tense duel for the title, the Spaniard trailed the Italian megastar by 18 points with three races remaining.

Lorenzo urgently needed to grab back some points.

Rossi, the winner of the Australian race last year, was no less determined, while defending champ Marc Marquez had no title at stake.

Qualifying suggested it was a race amongst these three champions. 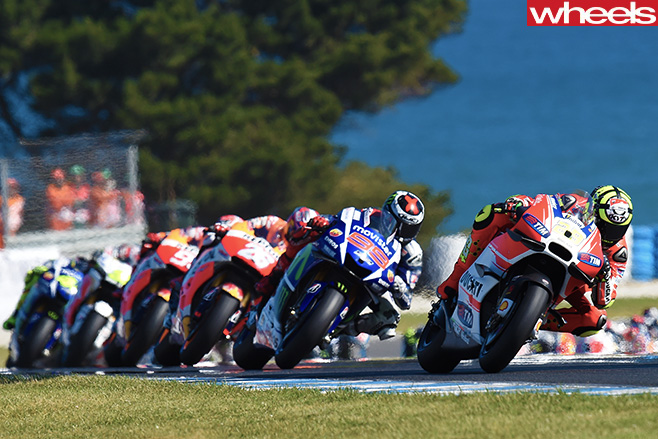 No-one foresaw Andrea Iannone’s impact with the Ducati missile.  After his early jump to the front, and then a head butt with a slow seagull, the race became a crazy, unpredictable, ever-changing contest among four.

The smooth, calculating Lorenzo did his usual trick of trying to skedaddle, leaving Rossi to deal with Marquez and Iannoe, who just would not go away.

Despite brawling amongst themselves, Marquez, Rossi and Iannone towed each other back up to Lorenzo and on lap 18 the Honda rider took the lead, but only for five minutes laps…

The brutally hard but fair scrapping continued and Marquez looked gone when he slipped to fourth with just two laps remaining. But he pounced past Rossi on the penultimate lap into third.  And with a marvellous final lap, the reigning champ got Iannone and then swept past the startled Lorenzo to the lead while recording the fastest lap of the race.

The top four riders crossed the line covered by barely one second.

Watched on by heroes of others sports, among them Craig Lowndes, Wayne Carey, Travis Cloke and Sally Pearson,  Marquez’s GP win was his 50th in his career and his first in the MotoGP class at Phillip Island.

Lorenzo did claw back seven precious points, but box-office supremo Rossi still leads by 11 heading to Malaysia next weekend.  He wasn’t unhappy.  “I think this was the most exciting race of the season and for sure one of the best in the last few years,” declared Lorenzo.  “To have four of the fastest riders fighting for victory in all the corners for the whole race is unbelievable.”

No-one who watched will forget this AGP.

No contrived pit stops for fuel or tyres were required; just pure, improbably tight, racing from flag to flag. 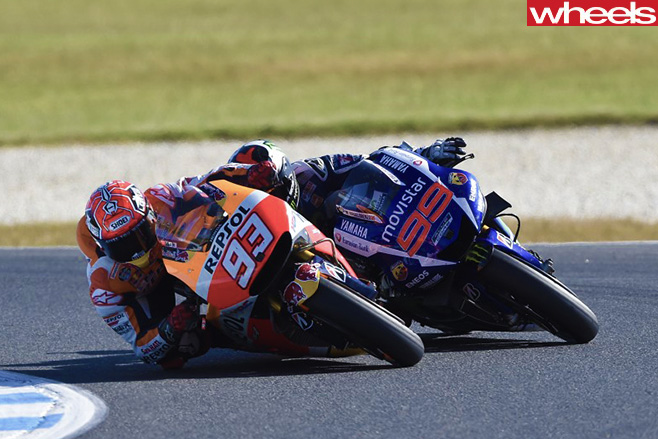 "It was a really fun race - certainly one to remember - and it had different phases to it,” said Marquez.  “At the beginning there was a lot of overtaking, then when I passed Jorge it seemed that I was breaking away.

“However, I overheated the front tyre and had to slow my pace. At the end I overtook Iannone and Valentino and I had a great last lap; I don't know where I pulled that time out from, but it was what made the difference for us!"

Australia’s MotoGP rookie, Jack Miller, also distinguished himself with a fine ride              to 10th and first open-class rider home, his best result in the premier class.

Earlier, Miguel Oliveira scored a great win in Moto3 while crowd favourite Remy Gardner, son of you-know-who, rode his way from 26th on the grid to an incredible 10th – his best ever GP finish.

Another Aussie, Josh Hook, subbing at Technomag Racing Interwetten, climbed to 20th in the Moto2 GP, won by Alex Rins.

THOSE true blue (and true red) V8 Supercar followers must be a tad confused, and maybe even a little angry about the flexible brand loyalties of drivers in a category founded on Red versus Blue.

A couple of weeks ago Russell Ingall was the wily super-sub for the battered James Courtney in a Holden Racing Team Commodore at Bathurst.

Now we learn that Ingall has been grabbed by the Prodrive Racing Australia squad to fill-in for the injured Chaz Mostert at the Gold Coast 600.

Okay, this is not the first time Ingall has switched allegiances.  He started in V8 Supercars with Holden, jumped to Stone Brothers Ford, and then rebounded to Holden again where he stayed until his retirement last year.

Showing either an ecumenical brand blindness, a passion for racing or perhaps following the money (maybe all three), Ingall happily relinquished Foxtel commentary duties to grid up for Sandown and Bathurst for HRT, and now the Gold Coast for Ford.

Ingall brushes away suggestions that he “betrayed” those at HRT by leaping to the Prodrive Ford enemy for the Gold Coast cameo.

“My commitment (to HRT) was always only for Sandown and Bathurst and not for the Gold Coast race so at the end of the day there is nothing untoward there,” Ingall told Fox Sports.

Maybe we shouldn’t be too harsh on Ingall.  Jumping sides in Australian touring car racing is hardly new.

Jamie Whincup and Craig Lowndes have done it.  Peter Brock went from Austin to Holden to BMW to Ford and back to Holden (even jamming in a spell driving Volvos in 1994) but still managed to retain the affection of the Lion supporters.

Allan Moffat, one of the great Ford legends of the past decades, was forced to take up with Mazda by the Blue Oval’s corporate policy on motorsport. Later he linked up with Brock in one of the most memorable joining of forces by former arch rivals.  Moff is still regarded as a Ford man. 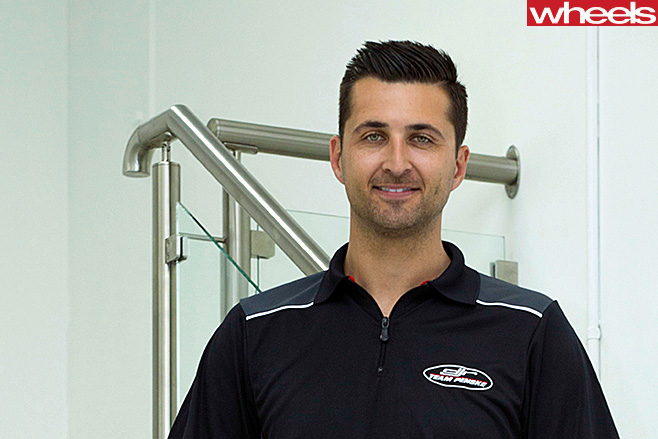 ONE of the big unanswered questions about the shifting V8 Supercars driver market for next season has been answered finally with confirmation that Fabian Coulthard will join DJR Team Penske for the 2016 season in a second entry for the team.

But unexpectedly, we’ve heard that Scott Pye will stay as part of an expanded two-Falcon assault on the 2016 championship, meaning that Marcos Ambrose has no ongoing full-time driving role with the team.

“Expanding to two cars has always been a priority of ours, and with Fabian on board, gives us the opportunity to add another car capable of running at the front,” said Tim Cindric, the president of Team Penske.

The 33-year-old Coulthard has been enjoying a strong season and is currently fifth in the title standings driving for Brad Jones Racing.

But in the bitchy world of V8 Supercars, there has been some speculation that Coulthard’s success owes more to the car and team than to the driver.

Coulthard himself has no such doubts about his own powerful contribution to the competitiveness of his Freightliner Commodore this season.

The English-born Kiwi has happily made the move from a team that has given him race wins for each of the last three seasons to one that has struggled at times but now seems to be making steady progress.

Two massive names in motorsport – Dick Johnson and Roger Penske – also have seductive powers.  His BJR engineer Phil Keed is also moving across with him.  That will help the transition although the pair does have its differences.

Slade could be the first to know if Coulthard’s success at BJR lately is more about the driver or the car and team.

As for Ambrose, his future seems welded to his family and Launceston. After years of the NASCAR grind, he is clearly over motor racing. 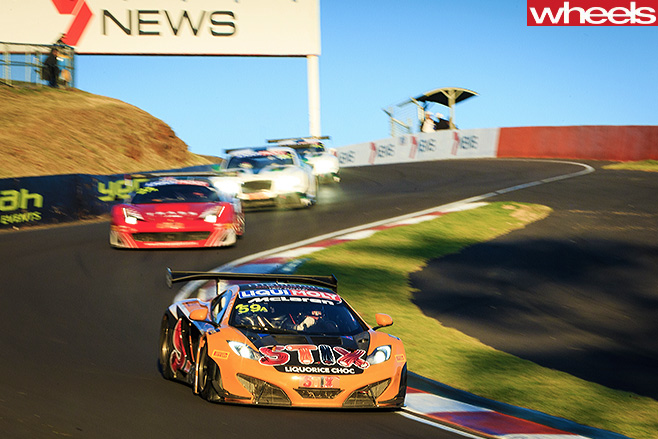 WHILE the whingeing over the migration of much of the V8 Supercars television coverage to pay TV goes on like a car with bad ignition overrun, along comes confirmation that the Seven Network will again televise the Liqui-Moly Bathurst 12 Hour from start to finish in 2016.

Seven will show all 12 hours of the race live and free around Australia and live on any connected device, making it one of Australia’s longest continuous single-day sporting broadcasts of any major national or international event.

The Seven hierarchy is clearly happy with the strong ratings it garnered during this year’s race across the network.

Seven says that across more than 12 hours of coverage, an average audience of almost 400,000 tuned in to Seven and its sister channel, 7mate.

Seven’s head of sport Saul Shtein says he is expecting the 12 Hour success to continue to build.

The 12 Hour is now a property of V8 Supercars Australia, which also predicts the international GT enduro will grow quickly.  Liqui-Moly Bathurst 12-Hour event director John Casey said Seven’s commitment to the race was recognition of its status as a major event on the Australian motor racing calendar.

Closer to the February 2016 event date, Seven will announce the 12 Hour’s commentary team and details of the split of the coverage between Seven’s primary channel and 7mate.

Free live streaming via the Bathurst 12 Hour website will keep international fans in touch with all of the action. 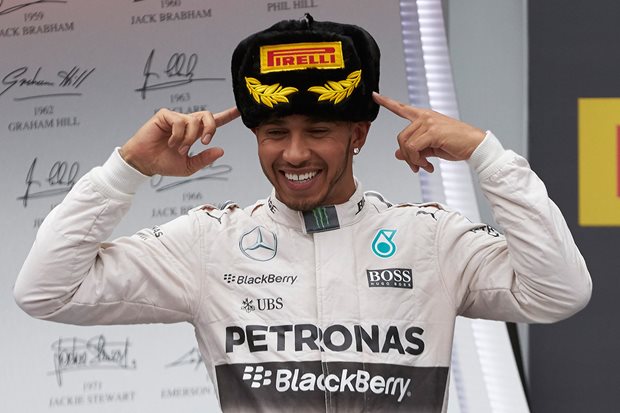 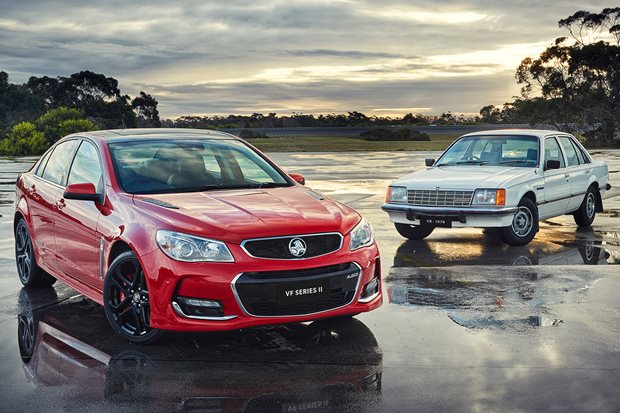 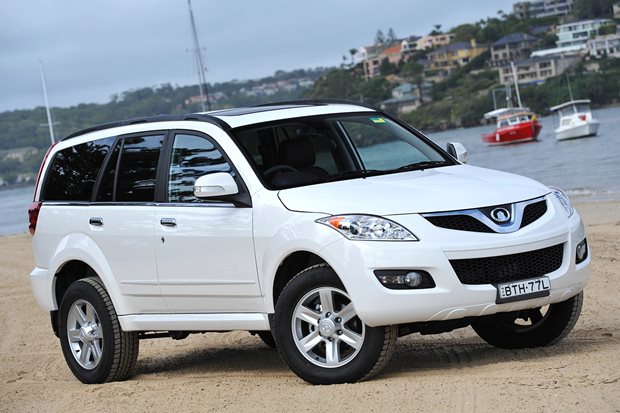 A dispute that dried up the supply of Great Wall SUVs has made it harder to establish Chinese brands in Australia, the local importer says