SCOTT McLaughlin has done what Fabian Coulthard, Scott Pye, and Marcos Ambrose before him could not; winning Roger Penske his first Supercars race.

The popular Kiwi came home ahead of a chasing field in the first of four non-championship Supercar races at the Albert Park Grand Prix circuit.

The victory is not the first for the DJR Team Penske squad, which has an illustrious history, but it is the first since US racing giant Roger Penske took control of the operation. 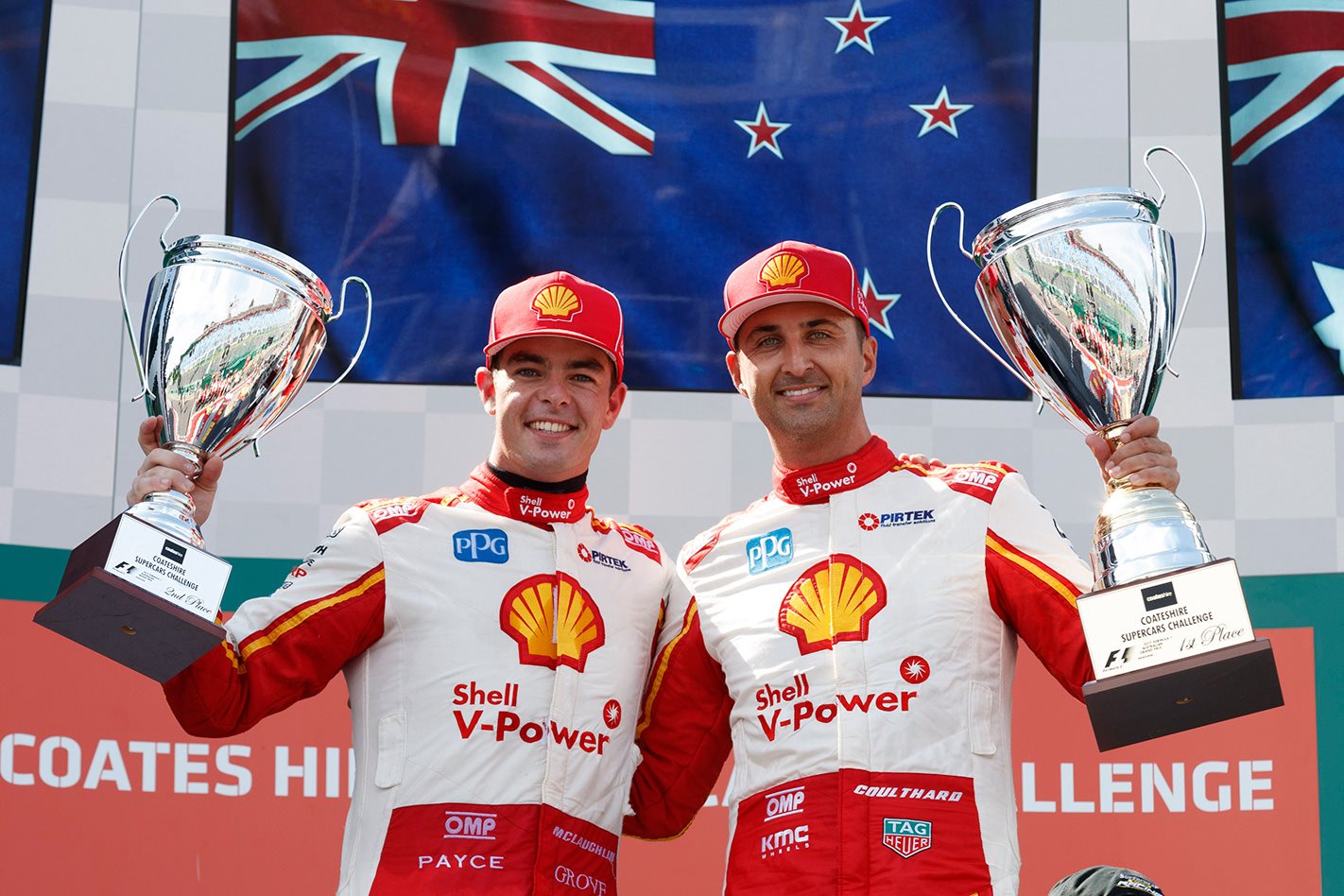 McLaughlin’s race one victory was then backed up by teammate Fabian Coulthard, who claimed wins in the second and third on-track stoushes.

The DJR Team Penske pair put on a show of force, with Red Bull Holden Racing Team’s Jamie Whincup and Shane van Gisbergen having no answer for the dominant Ford FG X Falcons.

It was a Blue Oval clean sweep for the weekend when Chaz Mostert slipped to a race four victory. Mostert ended a 19-month winless streak when both Coulthard and Whincup fell from the lead of the race after both suffering passenger side tyre punctures. 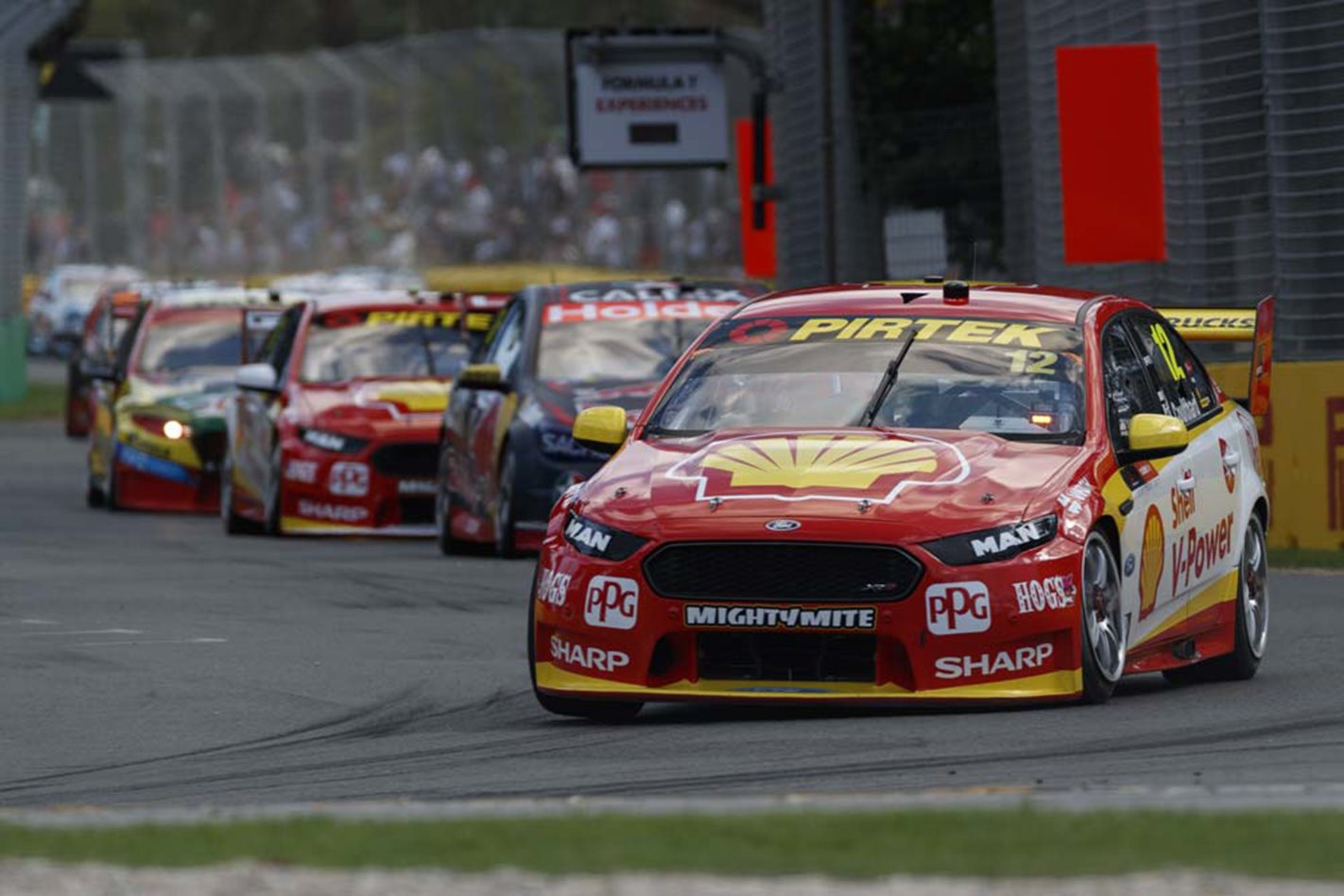 Coulthard was the winner of the non-points round, with McLaughlin and Mostert rounding out the podium.

It may not have been for championship points, but three from four wins is a show of force from the DJR Team Penske squad, and a warning that Red Bull Holden Racing Team won’t have it all their way in 2017.

There is little doubt the Ford squad will be looking to replicate when they get to Symmons Plains in the Apple Isle in two weeks. 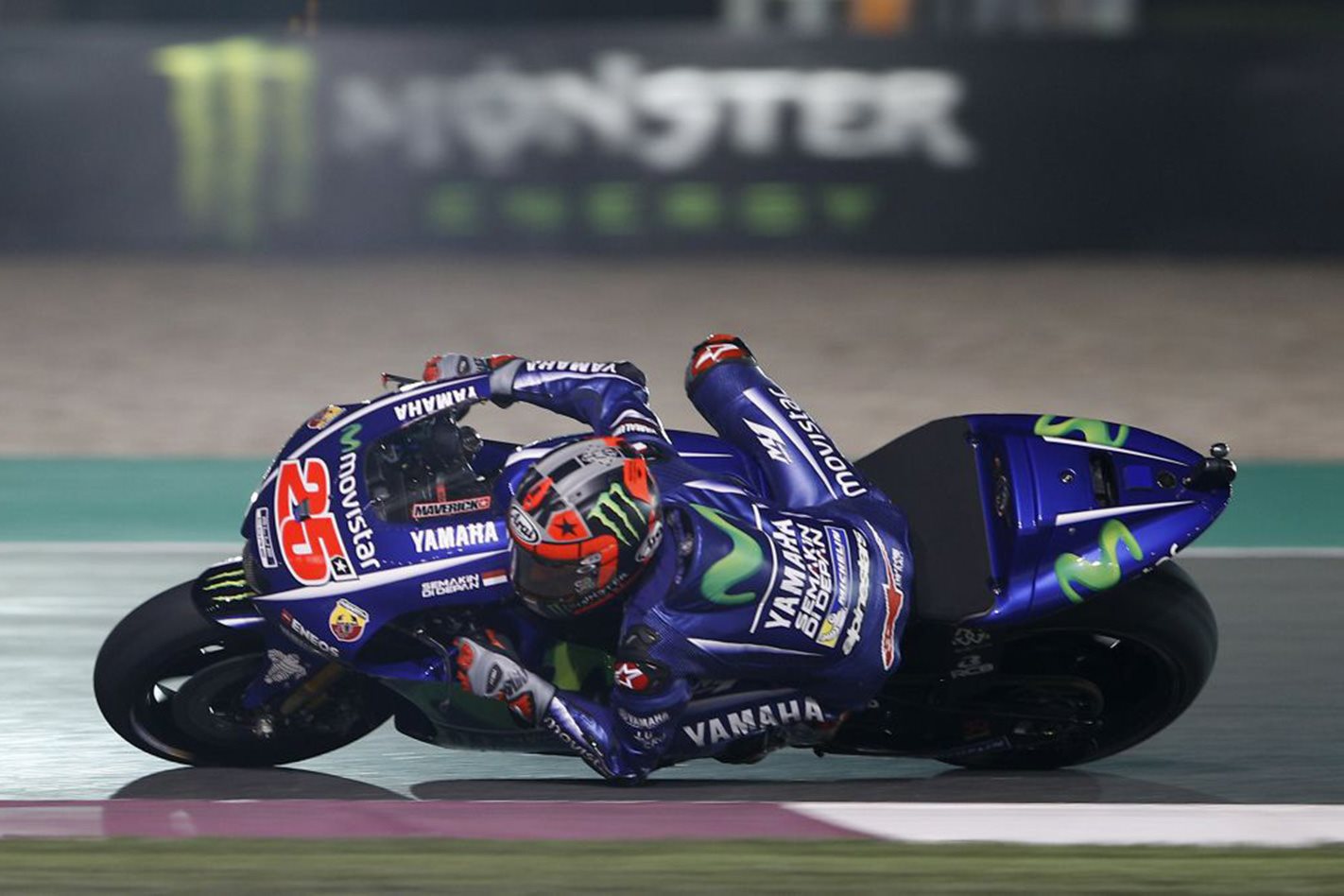 Yamaha’s Maverick Viñales cemented his place as a MotoGP superstar of the future  - maybe of the present - with a brilliant win in a wild Grand Prix of Qatar, round on of the world championship, Monday morning Australian time.

Aussie Jack Miller, from 16th on the grid, moved forward to finish a strong eighth.

Fastest through all official pre-season test sessions, the Spaniard carried his uncatchable form to the Losail circuit in the desert of Qatar, where even the weather gods couldn’t upset his grip on the season opener.

Rain, thunder and standing water obliterated all chances of qualifying across all classes, with dangerous track conditions forcing the FIM to settle on a grid line-ups based on free practice timesheets. 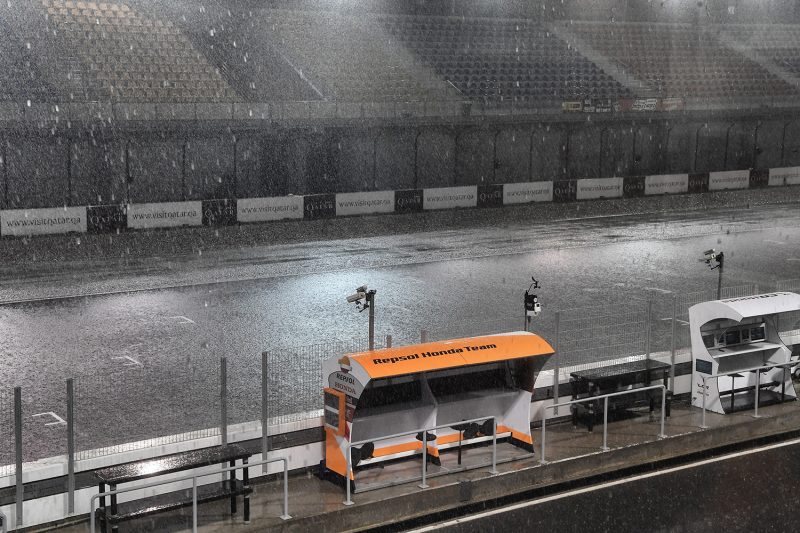 Even so, Viñales earned the MotoGP pole, from Suzuki Andrea Iannone, Honda’s defending champ Marc Marquez, Monster Yamaha Tech 3’s newcomer Johann Zarco, and then Dovizioso.  A couple of big names were buried back in the pack; Rossi 10th and Jorge Lorenzo 12th in his first race with Ducati,

The rain that ruined Saturday returned just before the scheduled start, forcing a slight delay and reduction in race distance from 22 to 20 laps.

When the race did start, rookie (and Moto2 champion) Johann Zarco rocked the regulars by jumping from the second row to the lead until falling on lap seven.

Dovizioso then assumed the front running ahead of duelling pair Marquez and Suzuki's Andrea Iannone.

As he did last year at Qatar, Iannone, aka The Maniac, slipped off at half distance while Marquez lost his earlier pace when his tyres faded.

Viñales, who made an ordinary start, and Rossi, who made a good one, steadily moved forward  where the Spaniard launched an attack on the flying Dovizioso, who fought back tenaciously. 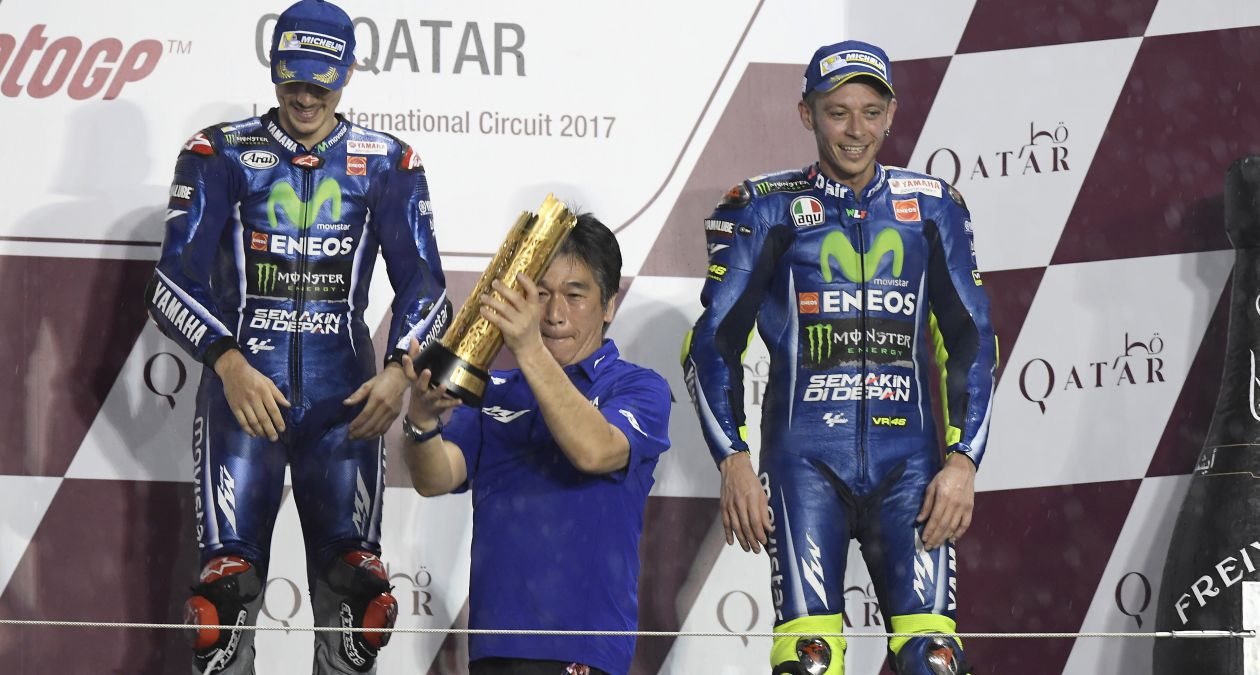 Viñales finally got a little breathing space on the final lap, holding of the Italian to win a thriller by 0.461secs.

Rossi was pleased with third after such a lowly start.

Marquez was left back in in a distant fourth, just ahead of Honda team-mate Dani Pedrosa.

Lorenzo's chances of a good result probably disappeared on the opening lap when he ran wide and dropped to 16th. He ended up an unsatisfactory 11th and cannot have enjoyed seeing the man who replaced him at Yamaha celebrating victory. 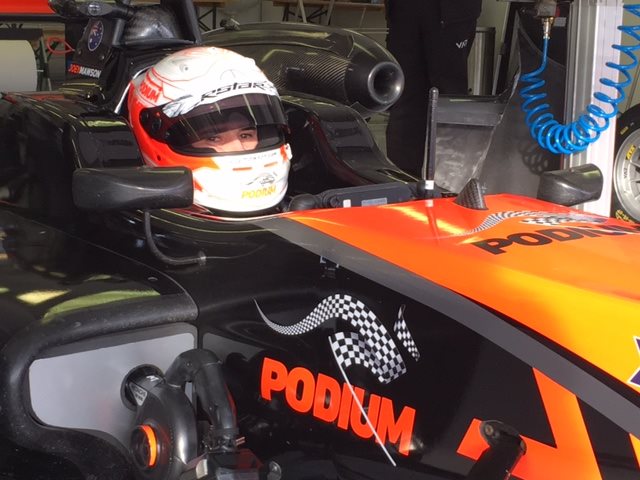 Australian Joey Mawson is getting plenty of test laps as he comes to grips with the car he will race in the 2017 FIA Formula 3 European Championship.

Mawson recently completed several private tests in Spain and Portugal with his Van Amersfoort Racing squad giving him and the team a strong base prior to official tests at the Hungaroring last Friday and Saturday.

Today the PODIUM-backed driver heads to Austria today for a two-day test Tuesday and Wednesday at the Red Bull Ring.

“Our private test days were all about getting a solid base to start the year and gaining a real understanding of the effect of the various set-up changes,” said Mawson.

“As this is my first year in an F3 car I’m also learning about all the different areas of the car that can be changed - it's a lot more complex than the F4 car.

“The Hungaroring is one of only two circuits in the entire championship that I’ve never driven on, so to be able to get some laps before the season starts [is important].”

Twenty cars from five different teams will contest the 2017 championship , which begins mid-April at Silverstone in England.  Mawson will be one of five ‘Rookie’ drivers contesting the prestigious championship for the first time.  His main rival from 2016, Mick Schumacher, has also made the step into the European Formula 3 Championship.

Joining Joey Mawson in the Van Amersfoort Racing garage for the year ahead will be Pedro Piquet, Harrison Newey and David Beckmann. 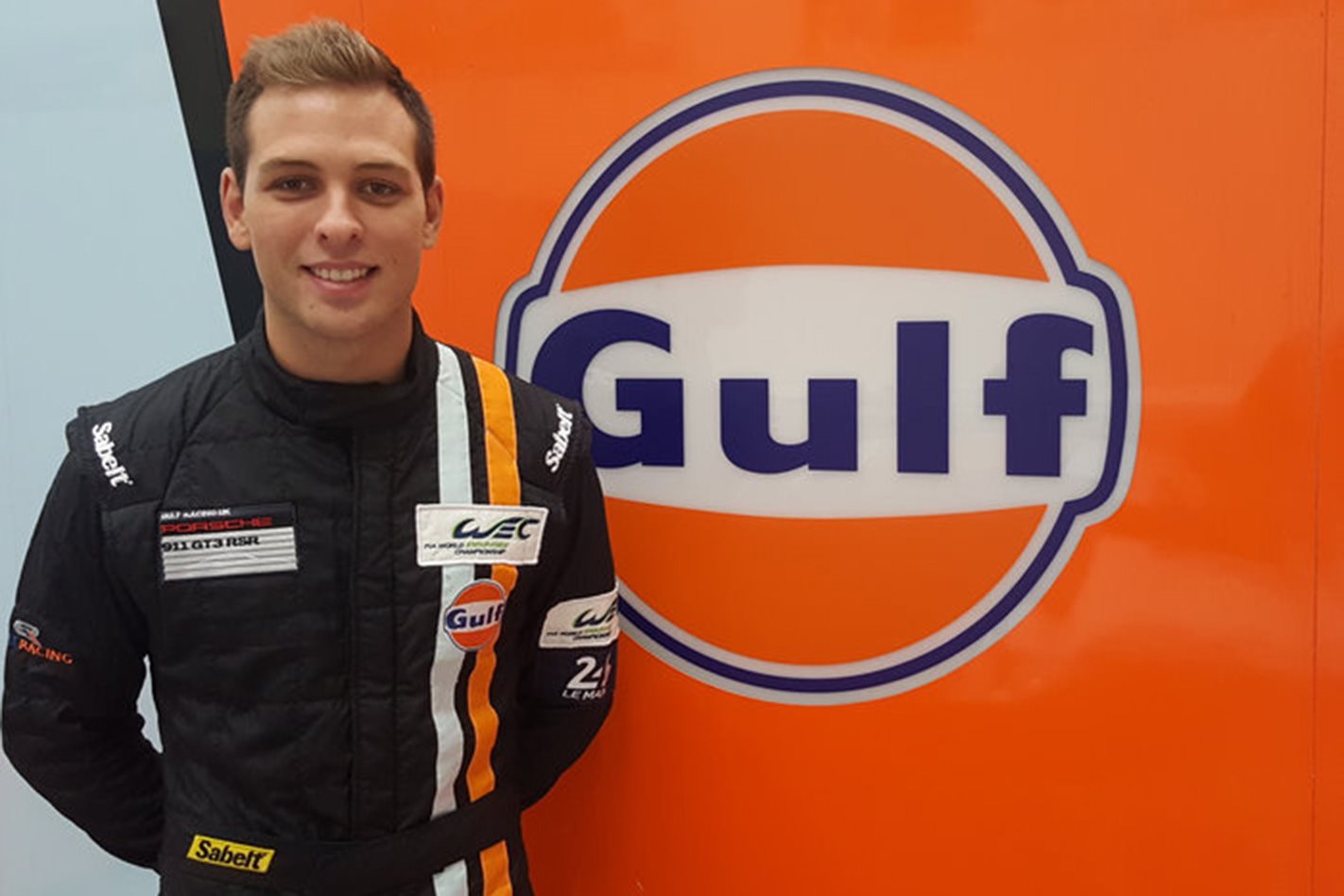 Australian Nick Foster is to strut his stuff in the 2017 World Endurance Championship, where he’ll be part of Gulf Racing’s campaign in a 991 RSR GTE

The 2015 Australian Porsche Carrera Cup Champion and 2016 German Carrera Cup goer is to contest the Pro-Am category of the full championship with Gulf, the British team he raced with last season.

“To compete in the WEC is a dream come true and in the famous Gulf Racing colours is an absolute honour,” said Foster.

Gulf team manager Matt Beers gave the Aussie a big tick: ‘It’s great to have Ben back with us as our Pro driver.  He proved to be a match for the Porsche factory drivers in the same machinery during 2016, is a real talent and we couldn’t think of a more suitable person for the job.

The WEC Prologue next month will give Foster his first taste of the RSR. 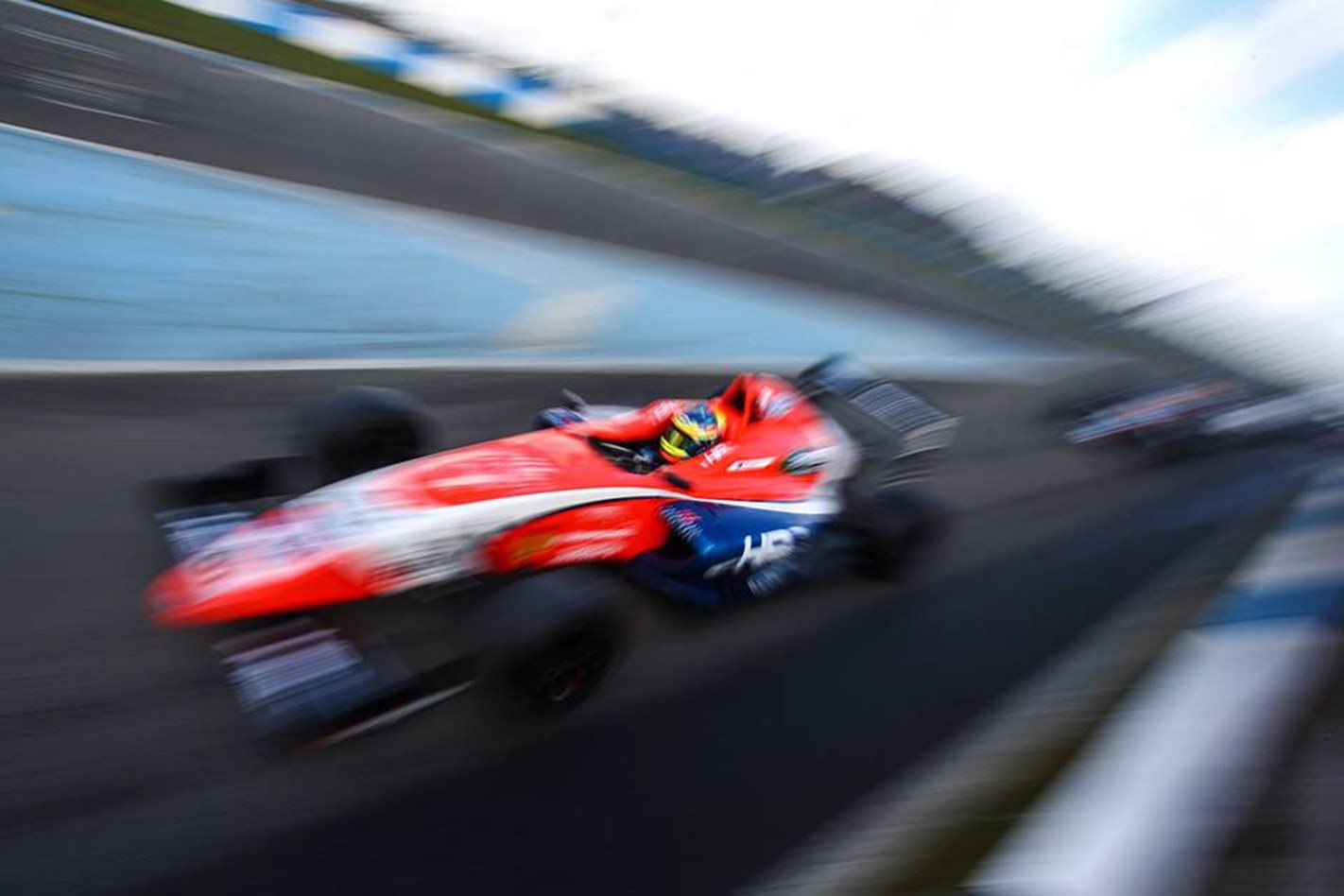 With a target of following Daniel Ricciardo to F1, Melbourne youngster Oscar Piastri has already shown his move to Europe to contest the 2017 British Formula Four Championship could pay dividends, the 15-year old heading the time sheets in the final pre-season test at Rockingham.

The former karting star, who has signed with the successful Arden Motorsport team, was fastest in both morning and afternoon sessions

After doing plenty of work in the simulator, and many test days in the UK and Spain (as well as contesting the UAE F4 Series), Piasti senses he is ready to jump into the British F4 Championship which starts next weekend at Brands Hatch.