Safer but uglier Formula One cars are coming

IT’S STILL not official but there is progress on which of the cockpit protection designs mooted for Formula One next season is garnering the most support – with the FIA’s favouring the halo over the aeroscreen.

The robust aeroscreen was tested on Aussie Daniel Ricciardo’s Red Bull racer earlier this season, and is widely preferred by fans over the halo, though the FIA is understood to have some concerns about its design.

Not all the driver’s like it either, with Lewis Hamilton tellingly describing it as “looking like a riot shield.”

A decision on which design will be used needs to be made before the July 1 deadline.

A revised, less obvious, version of the halo, first sighted publicly on a Ferrari at Catalunya before the season began, is set for more tests next month.

The cockpit protection issue had been dormant for some time until the on-track incidents which led to the deaths of Jules Bianchi and Justin Wilson. 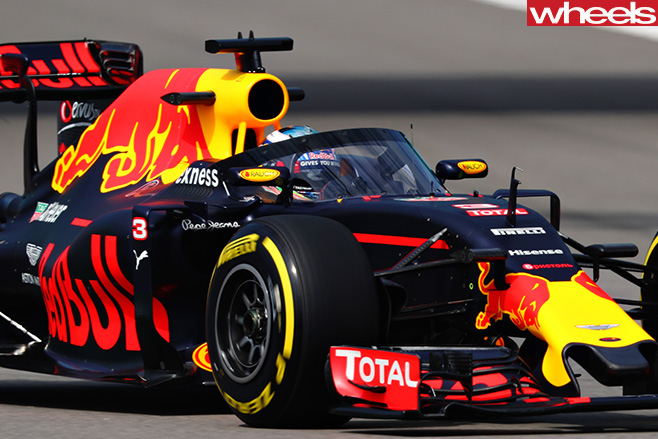 Approval in July gives the teams sufficient time to integrate the safety halo into the technical regulations already mandated for next season.

The safety initiative has split F1, with most of the current drivers in favour, but many ex grand prix racers and a number of veteran F1 scribes firmly against change.

Meanwhile, Bianchi’s family is now mounting a legal case against the Formula One Group of companies, the FIA, and the Marussia team.

Bianchi collided with a recovery vehicle during a wet 2014 Japanese Grand Prix at Suzuka, and died nine months later.

The family wants an apology from the parties named, claiming one was never offered and that the driver was wrongly blamed in the FIA report into his death.

The Bianchi family contends others were accountable, and are willing to pursue the matter through the courts should the respondents not take the chance to apologise.

This is the first time the family of a deceased F1 driver has decided to pursue the FIA and the Formula One Group.