INDYCAR podium finisher Simona De Silvestro has signed on the dotted line to race in Supercars for three years, starting in 2017.

There has been no confirmation on what team the 2010 Indy 500 Rookie of the Year will drive for, with De Silvestro making the unprecedented move of signing with Supercars itself.

However, Nissan has agreed to field an Altima for De Silvestro and her co-driver Renne Gracie as they enter this year’s Bathurst 1000 as Wildcards.

The pair also contested last year’s Great Race as a Wildcard, however were hampered when Gracie damaged their Ford FG X Falcon early in the race after sliding on oil.

De Silvestro made her Touring Car and Supercars debut at the event, and impressed many in pitlane with her ability to adapt quickly to the unique challenges of V8 Supercars and Mount Panorama.

The 28-year-old Swiss international star has spent the last year competing in the all-electric Formula E series with Andretti Autosport, but will switch to Supercars full-time from 2017. 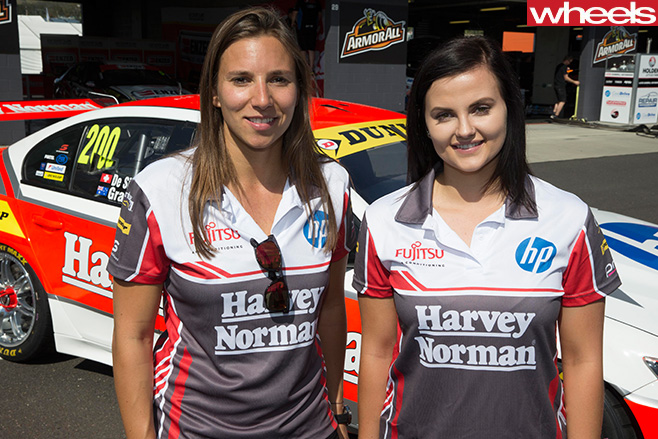 “I had my first taste of driving these cars last year at the Bathurst 1000. It was such an incredible experience and I knew this could be a goal for the future,” De Silvestro said.

“That this goal became reality so quickly is fantastic and I have to thank [Supercars CEO] James Warburton for believing in me and wanting me in Supercars.

“This is going to be my first full-time year with a closed top car and there a lot of new things for me to learn and adapt to.

“I am very respectful towards this new challenge but at the same time I am very excited about driving in such a competitive championship. I can’t wait to jump in the car to work towards getting the most out of these cars.”

De Silvestro and Gracie’s Wildcard Bathurst entry was sponsored by Harvey Norman, and the electronics retailer has returned to fund the Swiss racer’s full-time tilt.

“I also have to thank Harvey Norman for their support as without them this incredible opportunity would not have been possible,” De Silvestro added.

“To have the trust from somebody like [Harvey Norman CEO] Katie Page is giving me a lot of confidence and I look forward to my new adventure in Australia.” 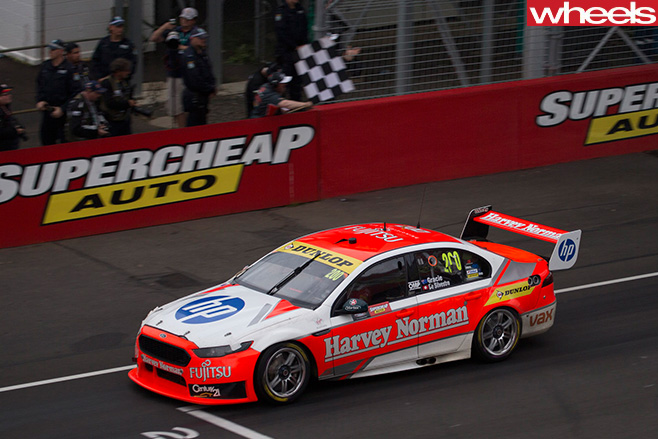 Supercars has been plotting for a year now to get De Silvestro into the series full-time. A sum of money was set aside after last year’s Bathurst 1000, earmarked for when the 28-year-old became available.

Wheels understands the initial plan was for De Silvestro to join a team with serious race-winning potential.

Supercars CEO James Warburton was pleased to finally confirm De Silvestro would be racing in the category full-time.

"This is an exciting announcement for the sport and a major coup for Supercars," he said.

"We said we wanted to have a full-time female driver in our championship and in Simona we have secured a world class driver.

"Along with Danica Patrick and Sarah Fisher she is one of only three female drivers to have stood on the podium in IndyCar and she will be a brilliant addition to Supercars.

“There will be great anticipation when Simona lines up on the grid at Clipsal 500 Adelaide next March. What is really exciting is that she has committed to three years which gives her a great opportunity to make her mark in the sport.”

The South Australian Government has also chipped in money for De Silvestro to race full-time.