Ten years after ending its all-conquering run, Subaru will return to the Australian Rally Championship - with a woman at the wheel

SUBARU has announced that it will campaign a single car in the 2016 Australian Rally Championship, after a 10 year hiatus.

The Subaru WRX STI NR4 will be driven by Molly Taylor, daughter of legendary co-driver and multiple ARC winner Coral Taylor, with Bill Hayes alongside as navigator.

To make its debut at the Quit Forest Rally over April 22-24, the car will be prepared by Tasmania-based Les Walkden Racing (LWR), which has built numerous title-winning rally cars for both the ARC and the Asia-Pacific Rally Championship.

“We’ve got a lot of work to do in testing before the first round in April,” said Taylor, 27. “But the NR4 is a great car and we look forward to seeing the return of the Subaru rally fans, both new and old.”

Subaru Australia managing director Nick Senior said Taylor’s attitude and success as the world’s top-ranked female rally driver made her a match for both the seat and the Japanese car maker’s aspirations.

“She’s a perfect fit for the Subaru brand as we move to attract new customers, particularly younger ones,” Senior said. “We really want our philosophy to be ‘Run on Sunday, buy on Monday.’” 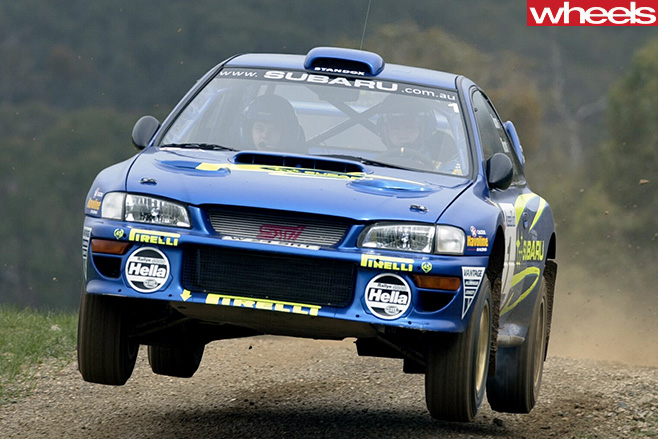 Subaru sold a record 43,600 cars in Australia last year, and is looking to build on that for 2016 despite supply shortages from its Japanese factories.

As well as introducing the high performance Levorg this June – a successor to the popular Liberty GT wagon – Subaru Australia will offer a limited run of 300 Forester tS models from mid-year as it looks to enhance its image with high-performance products.

Subaru built its global success of the back of the World Rally Championship. It won its first title in 1995 with Colin McRae, at the wheel of a blue-and-gold British-American Tobacco-sponsored Prodrive Impreza.

The following year, Subaru Rally Team Australia entered the ARC. It won 10 consecutive drivers’ titles and eight manufacturers’ crowns before it announced its withdrawal from the sport in November 2005.

Seven of those titles were won by the late Possum Bourne, while Cody Crocker won three in a row from 2003 to 2005.