Through rain and shine 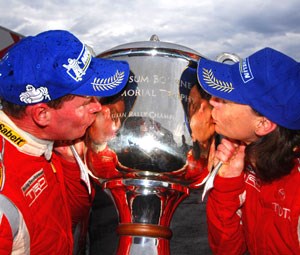 The first Coffs Coast rally in eight years threw its fair share of spanners into the last round of the 2008 Australian Rally Championship.

The first Coffs Coast rally in eight years threw its fair share of spanners into the last round of the 2008 Australian Rally Championship.

It’s been a long time between drinks for Team TRDs Neal Bates and Coral Taylor, but they have broken a 13-year drought to win a record-equalling fourth Australian Rally Championship title at a treacherous Allied Air Conditioning / Daikin Coffs Coast Rally finale.

The rally itself has been off the calendar for eight years, and its reintroduction was a welcome addition for the competitive field. However, unpredictable weather brought predictable difficulties for the frontrunners.

Needing a Heat One finish of 15th place or above to secure the historic fourth title (and nine for Toyota), Bates was forced to drive conservatively throughout the day. Though the rally started under beating sun, a tropical downpour during the last two stages threw buckets of tension on the pair.

“I found it very stressful but wasn't going to throw it all away after 13 years,” said Bates, who has amassed 32 outright ARC wins over a two-decade career.

“We were listening for every creak and squeak, and I did not enjoy driving like that. The last two stages were ridiculously slow; but I could afford the time and not take risks.”

“Neal was very quiet in the last couple of stages and when the rain came at the end we didn't really speak at all and just concentrated on being conservative and getting to the end of the Heat,” said co-driver Coral Taylor.

“We were more relieved than anything to see the finish line, and we knew on the transport back that it was all ours,” said Bates.

“Overall, it is a big achievement to win another manufacturers' title and for Coral and I to win again (after) 13 years. Your first championship is always the best, but we will really cherish this one.”

But while Bates nursed his Corolla to the finish line on day one, a battle between brothers was being fought at the pointy end for the round win.

Fighting valiantly for a Toyota 1-2, defending champions Simon and Sue Evans took out Heat One, claiming seven of the nine stages and leading the next ARC competitor, younger brother Eli and co-driver Chris Murphy, by 40 seconds.

In a promise of things to come next year, Honda’s entry of British rally champions Guy Wilks and Philip Pugh in the front-drive Civic Type R won the remaining two stages and finished second in Heat One by 30 seconds.

While not registered for ARC points, the Type R showed speed and cornering that belie its two driven front wheels, losing some of the stages by mere tenths, and very quick on the shorter, tighter stages.

The visiting duo were closing in on the round podium when Wilks found the limit of the diminutive Civic, rolling on stage four of Heat Two and retiring from the rally.

This stage, on the infamous Sherwood Road, had been split in two and the latter stage diverted to a faster, flatter road after several crews expressed concerns over its slippery off-camber clay corners and ruts. But despite the last-minute re-routeing, it still claimed several more big names.

Michael Guest, who had taken his new LHD Les Walkden-prepped STI to sixth place the day before, cracked the gearbox casing and was forced back to service via a slip road, where he decided to retire and save the engine.

After gaining bonus points for his ninth stage win and looking red-hot for a Toyota 1-2 manufacturer’s title, Simon Evans broke a gearbox selector on the same Sherwood stage.

Though he rejoined the rally, the three stages and four places sacrificed both the round victory and second place on the 2008 season leaderboard – and handed them to his privateer brother Eli.

Evans eventually finished in 16th and was relegated to third in 2008 Outright, but was gracious in defeat and promised a strong fight for the following year.

“We do need to work hard in the off-season because our goal this year was 1-2 in the championship and we didn't quite get there,” he said.

"I was having a great run and then just heard a bang as we were accelerating. We still have a bit of work to do on developing the car, but this is only my sixth rally in this car so that's nothing unusual."

“The S2000 has so much potential that we are just starting to unlock - this year is just the tip of the iceberg.

"You can always bet on the sun rising and me being quick.”

After several strong second-place finishes this year, it was a first time round win for Eli in his Subaru WRX STI. He also took out the 2008 Privateer’s Cup.

“It’s a big relief for both me and the team to finally break through for this win,” said Eli.

“Mum and Dad have put a lot of time and effort into me to get to this point, so it feels great to be able to pay them back; it’s all worthwhile.

“I feel bad for my brother, but he is the quickest driver in the ARC right now and I’m sure he’ll be right back up there next year.”

The pair secured the round win after another afternoon thunderstorm cancelled the final two southern stages, taking the top spot with seconds up his sleeve to local driver Nathan Quinn and Ben Atkinson in a Mitsubishi Evo V.

Glenn and Matt Raymond in an ex-TRD Corolla stepped up to third after battling through Heat One tyre dramas.

Ryan Smart and sister Rebecca finished fourth in their Evo VI, and Spencer Lowndes and Chris Randell boosted their confidence with fifth outright after crashing out spectacularly in the last stage of the previous Tasmanian tarmac round.

In an ironic twist, Bates and Taylor were penalised four minutes for using two more tyres than the number allowed: perhaps relaxing a little too much after their championship win. They still finished seventh.

Up-and-coming female driver Molly Taylor with navigator Samantha Stevens was second in her 2WD Mitsubishi Mirage, and also retained her F16 championship crown. Taylor won an appeal against exclusion from the Tasmanian round to again lead the championship, and secured it in Coffs on a four-best round countback with two decisive class wins.

The ARC returns in 2009 with nine rounds across the country, starting with the Burnie-based Tasmanian Tarmac Challenge on February 14-15, and including an Asia Pacific Rally Championship round in Queensland in May, and the highly-anticipated return of the World Rally Championship to north-east NSW in September. 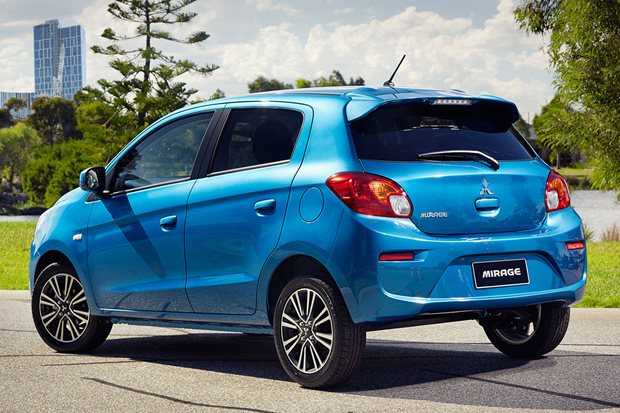