Toyota Racing Development, or TRD as we usually refer to it, is building a new engine, and it’s going to be a thumping big V8!

The aluminium racing engine will be able to be purchased by customer print car racing teams in 2020, ready for the following season.

The 6.7-litre aluminium V8 engine is set to follow a series of other V8s Toyota has developed for racing, one of which was a NASCAR-derived V8 also built for sprint car racing.

The new engine is also to be available in a 5.9-litre displacement, and will meet the requirements to run in several sprint car categories including World of Outlaws, All Star Circuit of Champions, and USAC.

“We have, and will continue to enjoy our time in midget racing, and look forward to this expansion into sprint car competition.

“This provides us an opportunity to not only design a new engine, but also to expand our grassroots racing presence and continue to seek out and develop up-and-coming talent.” 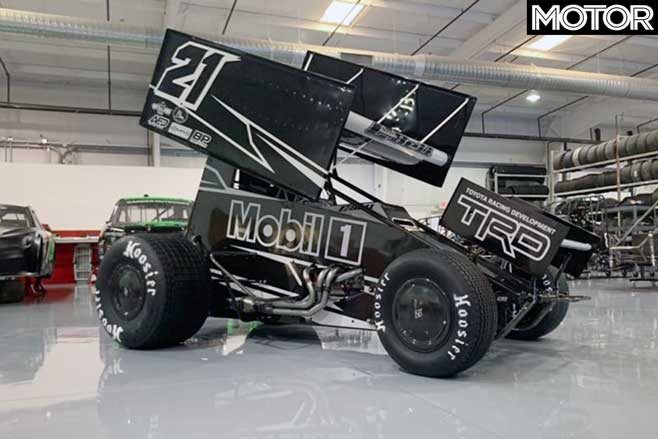 TRD says the category it’s primarily targeting with this engine is the World of Outlaws Sprint Car series, in which 13 full-time drivers race in locations across 23 different states in the USA annually.

So far, Toyota’s engine is only in the design stage, so no further details have been revealed.