UPDATE: The 1993 Monaco Grand Prix winning McLaren MP4/8 was sold at auction for a staggering $6.5 million.

The buyer? None other than ex-F1 supremo Bernie Ecclestone, whose bid secured the car Ayrton Senna drove to his sixth Monaco Grand Prix victory – fitted with the same engine and gearbox it raced with.

Ecclestone won the auction with a final bid of $5.7 million, with the final price soaring to $6.5 million after the buyer’s premium was added.

The staggering price is impressive, but is several million short of the $9.9 million forked out for Michael Schumacher’s Monaco-winning Ferrari F2001 late last year.

As the former boss of Brabham, and head of Formula 1, Ecclestone has an extensive classic F1 collection, with this sure to take pride of place. It’s rare for a Senna McLaren to leave the Woking team, with just a handful given to Honda, and even fewer making its way into the public’s hands.

This article was originally published on 22 March 2018, by Brian Rafferty

THE Toleman TG184 that legendary Brazilian Formula 1 ace Ayrton Senna raced in the 1984 season is up for grabs by a deep-pocketed purchaser.

Powered by a little 1.5-litre, four-cylinder turbo engine from Hart Racing (known as the 415T), its engine output of 500kW was somewhat underwhelming compared to the rest of the 1984 grid. 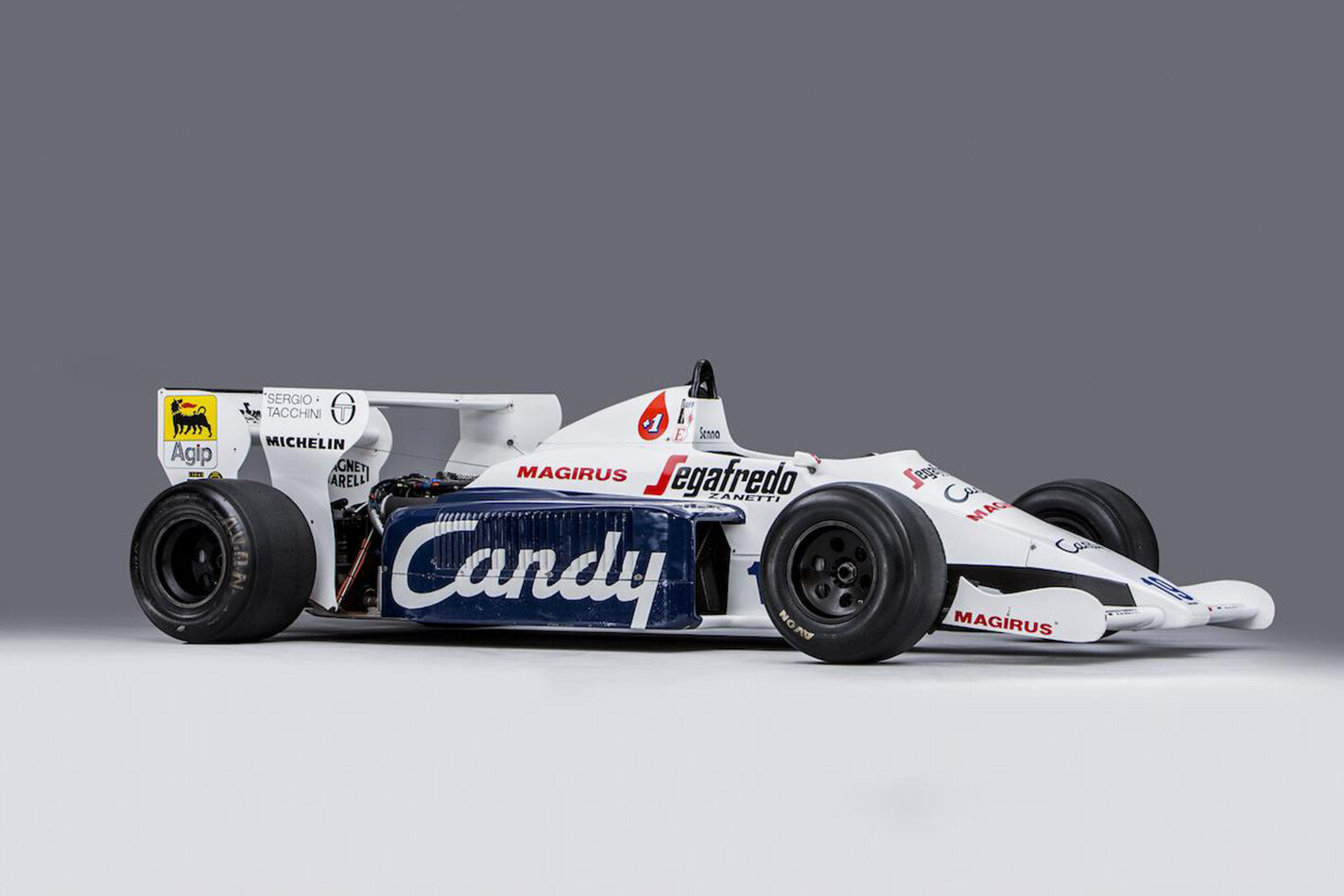 The lightweight unit proved perfect in wet conditions however, something Senna used to his advantage at the Monaco GP that was hampered by a torrential downpour. Senna, a force to be reckoned with in the wet, started in thirteenth place but in just 19 laps had shot through the field and into second place behind Alain Prost. The deluge proved too much for Prost who on lap 28, signalled to the course clerk to halt the race on account of the weather. As the cars were crossing the line into lap 33, Senna overtook Prost right as the stewards threw up the red flag and ended the race. Due to the FIA rules at the time, every cars position is recorded from their place on the previous lap meaning technically, Senna finished second.

While there was some controversy over the result, Senna showcased some fantastic driving skill and went on to pilot the car throughout the 1984 season until the Italian leg where Toleman suspended him for signing a new contract with Lotus for the 1985 season. The car at auction is expected to attract Senna fans from across the globe and fetch a price anywhere upwards of several million.

It doesn’t stop there however; Bonhams is also auctioning off the arguably more special 1993 McLaren MP4/8A that took Senna to podium four times in the season and garnered him his sixth victory at Monaco. Powered by a legendary 3.5-litre Cosworth V8 with a 530kW power output, the McLaren hosted a range of then cutting edge technical features like active suspension, traction control and an electronically controlled gearbox.

Both cars will be auctioned off by Bonhams Auction House in Monaco on May 11. Neither has a listed price or reserve, but last year Michael Schumacher’s championship winning Ferrari 2001 sold at auction for $7.5million if that’s any indication.