Formula One, Supercars, NASCAR…nearly everywhere we look, motorsport crowds and television audiences - often both - are on the slide.

While attendances at the Australian Grand Prix in Melbourne were pleasing to organisers, they fell short of the 100,000-plus race day crowds of some years ago.

The fans didn’t stay at home to watch on free-to-air TV or Foxtel either – audiences in front of the box were down too in a trend symptomatic of much of motorsport. Even Australia’s strongest domestic race series suffered a fall at its first race of the year. The Sunday turnout of 65,000 at the Clipsal 500, the opening round of the 2017 Supercars championship, was the lowest since 2001, in a weekend of worrying attendances for the sport’s marquee event.

Final-day crowds have plunged by almost 30,000 in just two years, with the total four-day numbers the lowest since 2004. Some of drop may be attributable to the inventive crowd figures popularised by the-then V8 Supercars Australia hierarchy back in the day. But eyes cannot lie. Spectator areas and stands are not as populous. The plunge in attendances is worrying to the SA Government, which invests heavily in one of the biggest tourist attractions in that state.

Tourism minister Leon Bignell said the lack of a big music concert at the track was possibly the main factor in the decline. Surely, though, motorsport shouldn’t need frippery to stand tall?

Maybe too, motorsport fans are suffering race fatigue. I can’t be the only one who believes there is simply too much big-ticket motor racing and certainly way too much televised motor sport in the modern era. Cable TV is quite voracious in its appetite for local and international sport. On pay TV locally is F1, WRC, MotoGP, World Motocross, World Endurance Championship, United Sports Cars, Supercars, Formula e, World Superbikes, IndyCars, NASCAR, World Speedway Grand Prix, et al… Motorsport must also battle other major sports led locally in our country of 24 million people by AFL, rugby league, cricket in its many different forms, soccer, tennis, and now women’s AFL. All compete for disposable incomes of punters out there. These are punters faced with (increasingly intimidating) mortgages or rent, cars to buy and run, iPhones to pay for, and social obligations.

It seems too, that today’s motor sports spectators are often oldies and that many younger people are not in any hurry to secure their driving licences. It follows then that they are not drawn to motorsport.

The steady advance of automotive technology is also hurting. Formula One has become slot-car racing on a grander scale. How long do we need to complain about the paucity of overtaking, the lopsided competition, and the absence of evocative exhaust sounds? Tyres are way better today, as are brakes. Aero is not the black art it was in the 1970s, so cornering isn’t as adventurous and as grip limited. Car set up is aided by data acquisition. Drivers are schooled by data loggers and simulators, and by guiding voices on the pit wall. They have electronic rev limiters to prevent blow ups. Are we heading inexorably to an F1 inhabited solely by autonomous electric vehicles?

Not necessarily. But Sam Michael, the former McLaren F1 sporting director and now consultant with Triple Eight Race Engineering, suggests the role of engineers in the sport is by its very nature counterproductive in a pure entertainment sense.

“The job of engineers is to make everything predictable and therefore boring to those watching,” Michael told Wheels.

“Engineers are paid to eliminate the unpleasant surprises. This is diametrically opposed to what spectators and the commercial side of F1 yearns for.”

Across the Pacific, NASCAR is feeling the pinch too. Despite five different winners in the first five races of the season (Penske’s Brad Keselowski became the first repeat winner at Martinsville on Monday), television ratings for all but the Daytona 500 were down, continuing a slide that began a few years ago.

The racing has been exceptional with lead changes heading to the chequer. Or checker, if you need to hear and American accent.

The on-track action has also been spiced up by a fight between Kyle Busch and Joey Logano, a March 12 fracas at Vegas that attracted media attention outside the specialist outlets.

No one was punished. That’s the NASCAR way of allowing the square- off to happen on track.

Parity isn’t an issue among the participating brands. Chevrolet, Ford and Toyota all have wins this season.

It’s not the stale old names winning either. Like the situation in Australian Supercars, the emergence of talented younger drivers has been welcomed. But maybe the losses of the retired Jeff Gordon and Tony Stewart are too hard to cover.

Critics accuse NASCAR of having a tired format, with races simply too long in this era of short attention spans. Most of the excitement takes place during the last couple of laps.

Yet locally no-one is suggesting the Bathurst 1000 be abbreviated to two Bathurst 500km races. Or four 250km contests.

But social media has been percolating with suggestions why Supercars is on the wane. 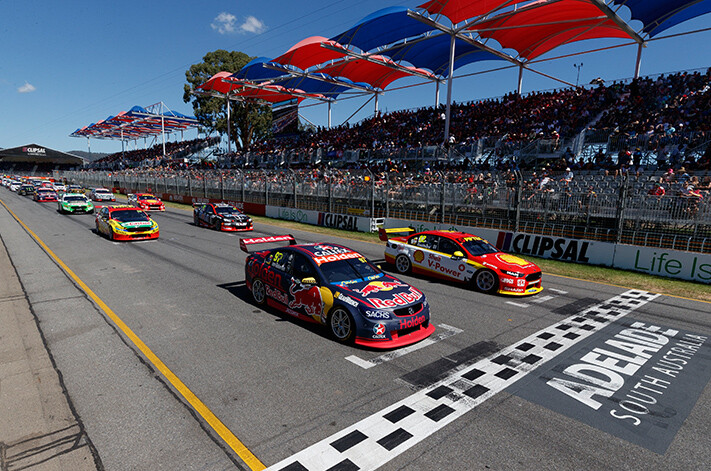 What Supercars and NASCAR might be struggling with is a lack of colour among their stars. Many are automatons regurgitating the same old stuff about their wonderful teams and generous sponsors. This message is hardly earth shattering. Nor interesting to people outside the boardroom.

It doesn’t help that today’s drivers are generally hidden away under full-face helmets in wrap-around seats. In-car cameras have opened up their workplaces to TV viewers, but at racetracks, fans get a 250km/h blur.

The current breed of Supercars drivers is generally lively and articulate. Funny even. But because they are representing their sponsors and team, many are understandably reticent to say anything too cheeky or controversial.

When David Reynolds did remove self-censorship from his observation in 2015 about two female drivers in a team car – the “pussy wagon” – he was hit with a $25,000 fine.

The sport shouldn’t accept outrageously sexist slurs but, c’mon now, it needs to give its more out-there drivers some licence to not to suppress their personalities and at the same time actually generate publicity.

Or continue to wonder why more people are bored into staying away and switching off. Supercars Australia CEO James Warburton doesn’t easily concede his category is in strife, suggesting the drop in Adelaide Clipsal and Australian GP numbers is easily explained because the former went head to head with week one of the NRL while last weekend’s F1 coverage coincided with the opening round of the AFL. Neither was a factor last year.

But Warburton accepts that “the structural change in media consumption is leading to a general FTA decline in overall audience in general and sport is not immune to that trend”.

Offsetting the slide in FTA, he continues, is the rise and rise of the digital streaming and digital content which in general continues to grow at staggering rates.

He says the breadth and extent of the media platform with Supercars’ partners Fox Sports, Ten, Foxtel and News Corp, including the digital and social assets, has seen growth in 2015 and 2016.

One event with positive audience and television trending is the Bathurst 12 Hour, a situation even brighter, Warburton suggests, because the digital streaming numbers (including international) were double the TV numbers. 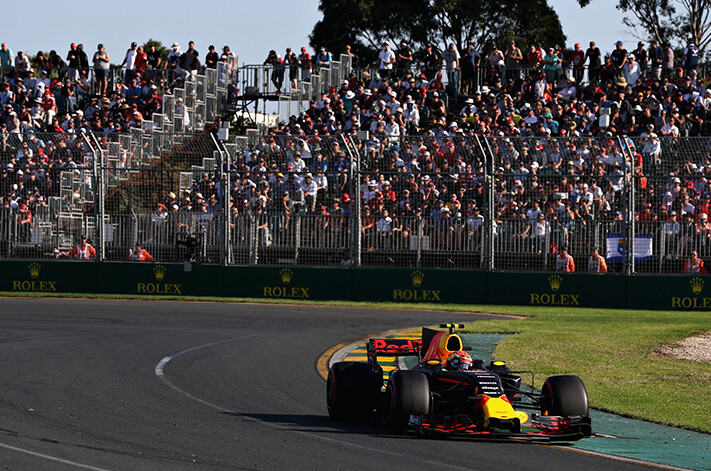 Which, he says, reiterates the point that you can’t now just consider TV ratings alone. “You have to look at the whole platform.”

But Warburton knows Supercars has a battle. “We need to work harder with our calendar, our formats and as a sport in general to fight for our share of awareness in an extremely competitive market.”