We know Mercedes-AMG has been cooking up a hardcore version of its GT supercar.

And after various sightings of it tearing around the ‘Ring in camouflage we’ve now been treated to photos of it in undress.

Teaser images and video of the GT R leaked overnight, confirming the car will bring to production various upgrades seen on the mule. These include a wider front bar, more vents, and a relatively subtle wing. 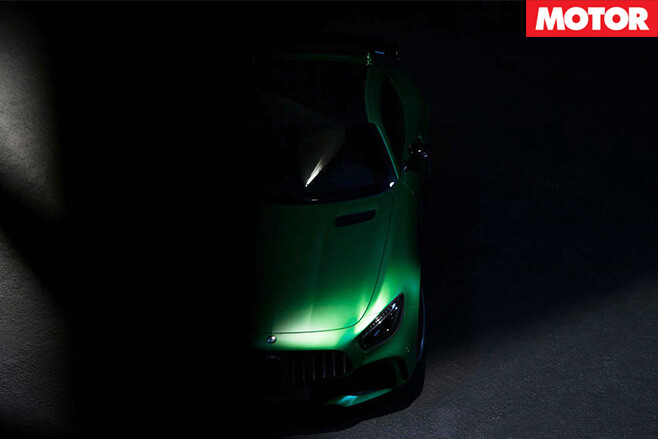 Despite the viel of shadows, you can make out Mercedes-AMG’s licked the car with a not-so-subtle matte green. It suitably ties in with AMG’s video campaign titled “Beast of the Green Hell”, but will also help it be attention grabbing as possible when it debuts at the GoodWood festival in a couple weeks. The news also reveals a GT Black Series will elude us for now, a nametag AMG boss Tobias Moers has promised will return. 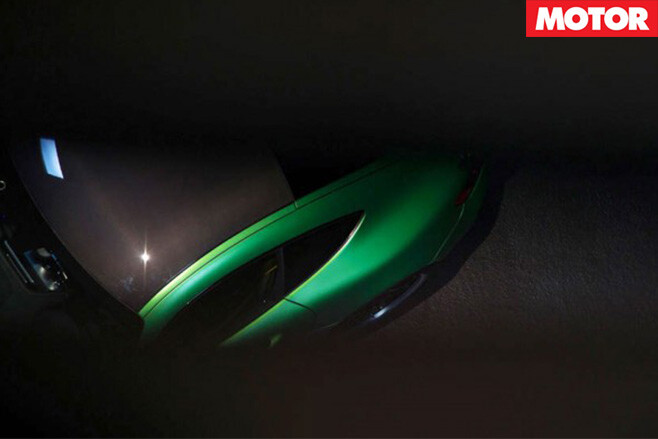 However, still expect the GT R to unleash circuit-crushing performance using know-how borrowed from its GT3 racing counterpart. And you can bet it’ll brandish more power than the GT S’s 375kW/650Nm.

Expect full details to be revealed from Lord March’s driveway this coming June 24.