Power can be moreish. So when Mercedes-AMG stuffed two turbochargers in the GT S’s nose, it was a safe bet the aftermarket crowd were going to have it push out more puff.

Among the first to try are tuners Renntech, who jumped at the opportunity to squeeze more from the car’s 4.0-litre V8 with its newly released engine upgrade. It’s also developed a suspension upgrade, and tested both at the Nurburgring for a final sign-off.

The engine package focuses on the GT S’s turbochargers snuggled in the engine’s vee, where Renntech have swapped in lightweight compressor wheels. 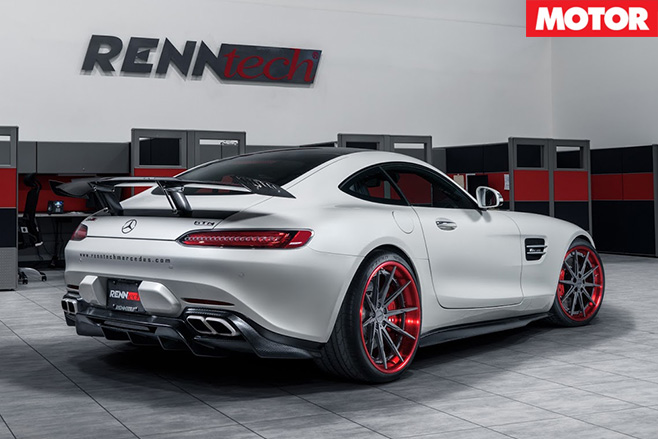 The billiet-made wheels are bigger as well. So to make sure the new fins can fit, Renntech have machined out the compressor housings and flow tested them to ensure they spin up as they should.

An ECU tune oversees the whole operation, and all up allows the engine to drum up 533kW and 890Nm. That’s a whopping amount, equating to 158kW and 240Nm more than the stock car’s outputs. 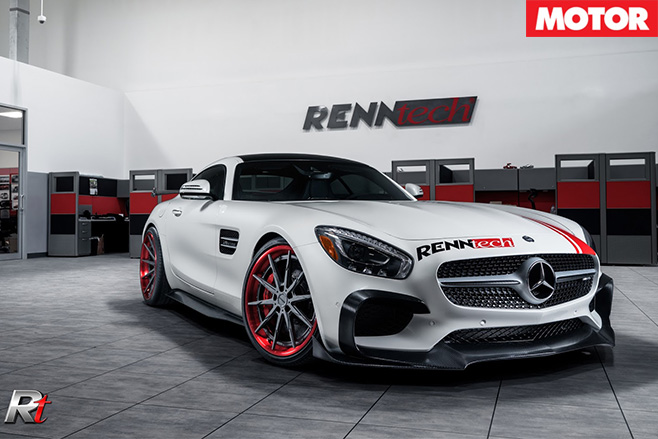 No performance times have been released, but with MOTOR wringing a 4.0sec 0-100km/h time from the factory GT S, expect something around 3.5sec.

At the same time Renntech has released new lowering springs for the car. They slip over the stock dampers and drop the car by a signficant 1.5-inches. Thankfully they also retain the car’s electronic damper control. 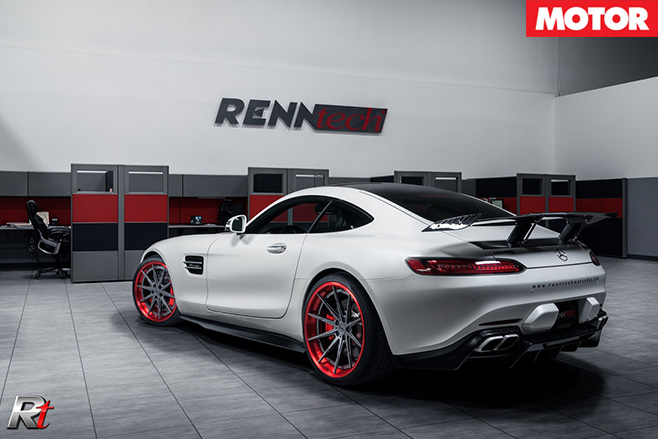 You’ll need US$11,800 for the power upgrade, and another $1980 for the suspension kit. That’s a lot of cash, a small hatchback’s worth actually. As for the wheels and wings in the supplied photos, they'll be extra too. But like we said, the whole power thing can be moreish. Just in more ways than one.