Move the hell over, or speed the hell up. Keep Left Unless Overtaking is a simple rule, so why are we so bad at following it?

WHY, oh why do modern cars not come equipped with missile launchers?

If that were the case, I, and I presume any other motorist with half an understanding of traffic rules, would be firing missiles with glee.

This isn’t a desire to fulfil some Grand Theft Auto video game-fuelled fantasy. No, I want to rid our roads of right-hand lane hogs.

For those unfamiliar with exaggeration, that is clearly a joke. But few things behind the wheel can make my blood boil like a driver who sits in the right-hand lane on a highway; blissfully unaware of the traffic queued behind, or faster-moving drivers sailing past on the left with steam pouring from their ears.

I am loath to underpass. It’s dangerous and puts me in people’s blind spots. But so endemic is the plague of people that don’t understand the concept of Keep Left Unless Overtaking that it has become a genuine alternative if I want to get anywhere with any reasonable haste.

A recent trip across Melbourne in a convoy with a co-worker highlighted how bad right-hand road hogs have become. Upon joining the freeway (at the speed limit, because apparently that is something people haven’t figured out yet!) my co-worker dived straight towards the fast lane, and promptly found himself stuck behind a car that wanted to see if it could pass the other traffic at a rate slower than the movement of tectonic plates. Meanwhile, I stayed in the far left lane, and entered an alternate universe where the road ahead was devoid of traffic. 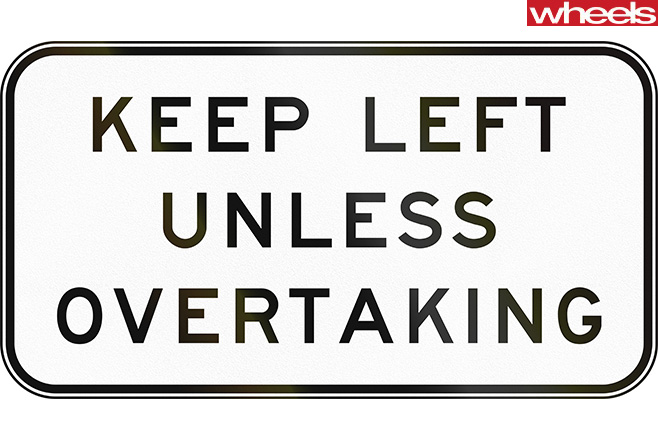 This. Should. Not. Happen.

Move the hell over! Keep Left Unless Overtaking is four, very simple words; it shouldn’t be this hard.

When the passing lane hog does eventually come across other traffic, they overtake at a glacial pace. In some instances it can take minutes for the car in the right-hand lane to completely clear the ever-so-slightly slower car. It sure wouldn’t be too much hassle to turn off your cruise control, get the pass done, and get back in line to let other motorists past that wish to travel at a faster rate past. But the fear of being done for any speed over the speed limit stops this happening in an efficient manner.

Oh, and sitting bang on 110km/h doesn’t give you a right to sit out in the right-hand lane, either. Speeding isn’t even an excuse. Unless you are moving past other traffic at a decent rate, get back in the other lanes. It is Keep Left Unless Overtaking, not keep left unless doing the speed limit.

This issue is one that generates unnecessary congestion on our roads, and makes other drivers frustrated and angry. But come the summer break, will anyone be reminding drivers to stay left during their road trip? Oh no. Make sure you all stay nice and slow, and screw anyone behind you! That’ll keep the police happy.

Fix it. Or for the love of all that is sacred, just give me missiles to sort this mess out myself. 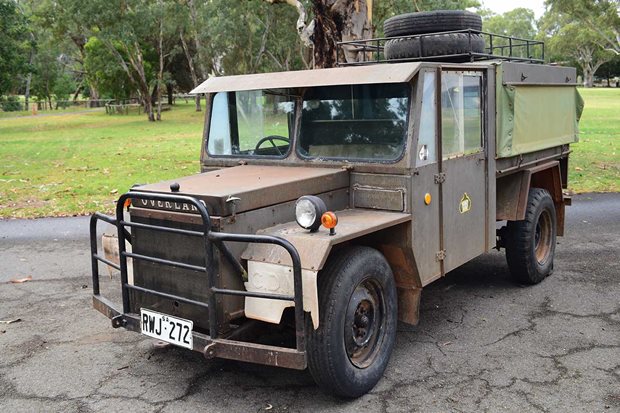 One of Australia’s most historical tourers: 1952 'Overland'