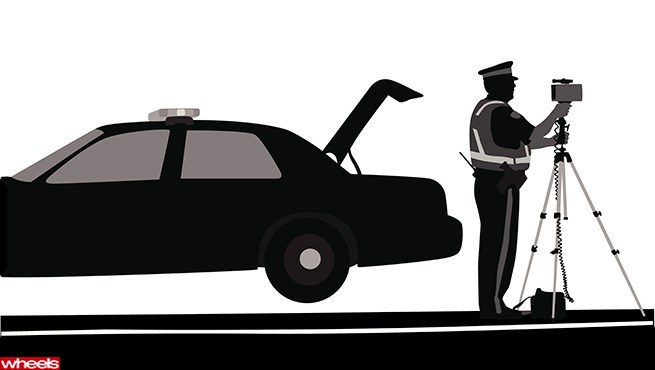 “It drives me to the point of wanting to assault police officers, possibly with baseball bats dipped in broken glass” Corby’s back and madder than ever!

We've all come to accept that school holidays and long weekends are seen as a joyous time for oil-company executives, during which they up their already mystifyingly high prices and have a good lie down by a beach somewhere as millions of extra-expensive litres pour into the tanks of holidaying suckers like you and I.

We even accept that we're powerless to do anything about it, except maybe plan ahead, which is not something men are genetically enabled to do.

What I can't accept, and what drives me to the point of wanting to assault police officers, possibly with baseball bats dipped in broken glass, is that these same supposedly happy times of year are also seen as a way of separating motorists from both their money - what they have left after paying for fuel - and their licences.

I don't have a problem with an increased number of everyone's favourite human beings - the Highway Patrol - on our freeways, because there are a lot of idiots out there who aren't used to driving long distances, and don't understand words like "left", "keep" or "overtaking". It's probably not a great time for people to be speeding, either.

What I can't swallow, though, to the point where it makes bile rise up in my throat and murder loom large in my mind, is the fact that during these double-demerit zones of enforcement, groups of revenue-raising, pure-evil wallopers hang out in the middle of Sydney, booking people in 60 zones. People who are not going to add to the holiday road toll. People who are going to get the shock of their lives when they lose six points.

Yes, I'm talking about one specific example, but if it's the only one in Australia like it then I'll eat Tony Abbott's budgie smugglers, and smile afterwards.

The Anzac Bridge in Sydney is a major artery, which you approach from the city end by coming around a sweeping corner, which is four lanes wide and a long way from any houses. It used to be a 70km/h zone and it's now 60 (don't even get me started on that).

Around the corner, the people who constructed the freeway built a little slip lane, as if they couldn't decide quite how many lanes they'd need (here's a hint, they should have built more, it's a traffic nightmare), the only purpose of which seems to be for the police to set up a radar trap, nailing anyone who dares to come around that corner at 75km/h (a mere 5km/h over what the sensible legal speed used to be, and 5km/h slower than the general prevailing traffic flow).

And the police set up this particular radar trap Every Single Long Weekend. Every Time It's Double Demerits. I mean ALWAYS.

Is it a blackspot by some chance? I highly doubt it. Has research shown that it's a better use of police resources during these periods of high highway activity to keep them in the middle of a city like this, booking reams of motorists (because believe me, they catch A LOT of people)?

The fact is, I've been dying to ask. But you can imagine how it would go for me if I pulled up, somehow finding a park among all the fuming booked motorists, and started asking them why they're always there in holiday periods.

I guess I could get booked, just to start the conversation, but I'm not that Gonzo a journalist.

And I could call NSW Police Media, but I've done that in the past, and you're more likely to get an answer out of a tree. One that's been burned to the ground.

So, if I'm not the only one who's noticed this, and it is happening in other cities, why do we put up with it? Because any speeding is bad, and must be punished?

I don't buy it. This is revenue raising, plain and simple, and considering the double-demerit punish, it's also just cruel. The bastards should be stopped.