So just how much faster is Nissan’s 370Z Nismo against its vanilla sibling?

WHEN you look at the raw numbers on a spec sheet, it’s easy to consider Nissan’s 370Z Nismo as being not a whole lot more than a regular ol’ Zed with a fancy bodykit and some very light performance modificatons.

The power figures certainly suggest that’s the case. With 253kW of peak power the Nismo has just 8kW more than the standard model, and it’s not like it trades big power gains for masses of torque either: its 371Nm maximum is also just 8Nm above a regular 370Z. A louder exhaust adds decibels, but otherwise there’s not a whole lot to report from the engine room. 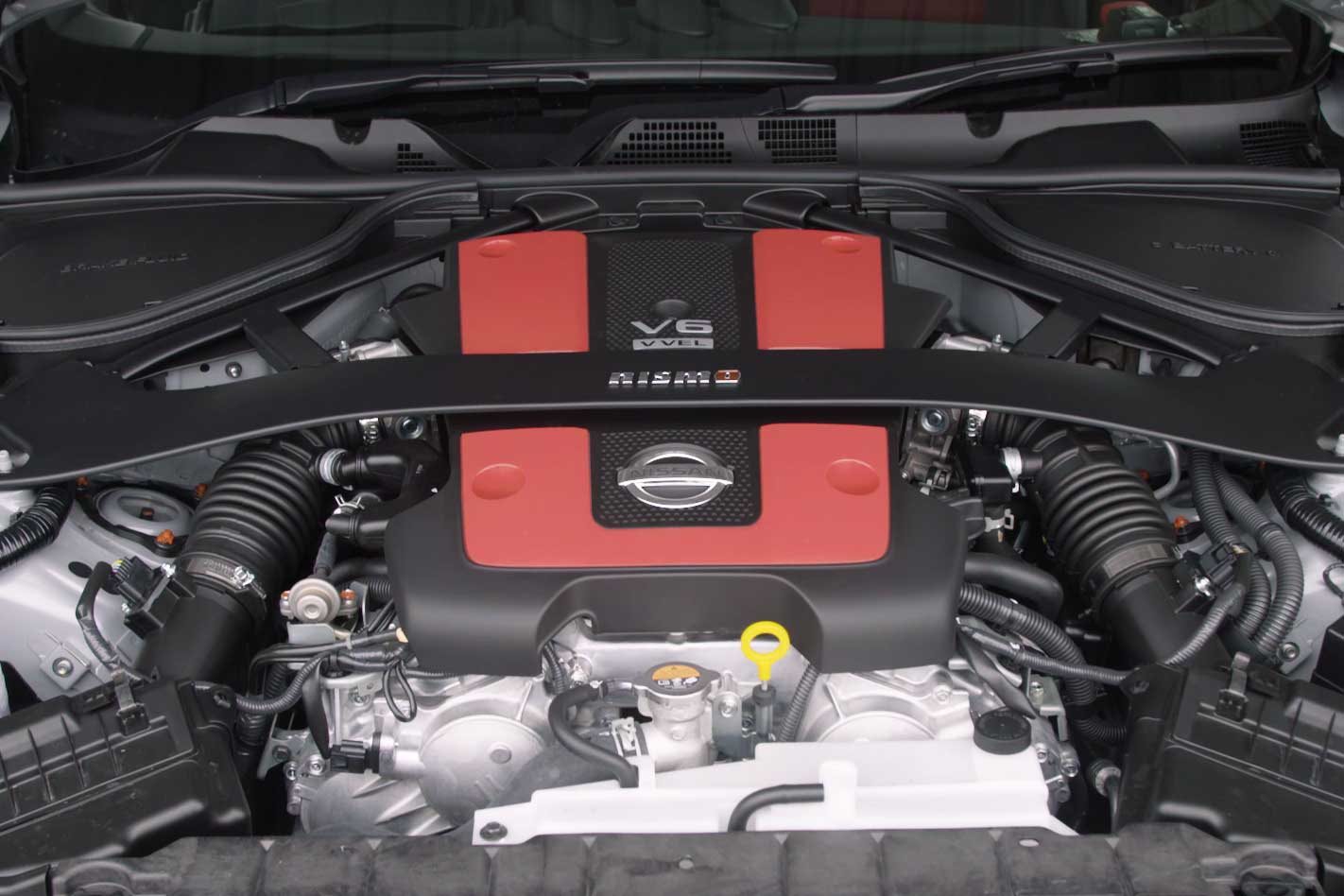 Both Nismo and standard 370Z have a viscous LSD, carbon-fibre driveshaft and the same beefy Akebono brake calipers (only the brake hoses and fluid differ on the Nismo), which leaves the Nismo’s body-hugging Recaro seats, its firmer suspension, its wider wheels and grippier Dunlops as the main points of difference.

But what does that all add up to? We wanted to quantify just how much extra performance the Nismo offers and whether that’s worth its $11,500 premium over the garden-variety 370Z Coupe it’s based upon, and the only sensible course of action was to take both of them to the racetrack and bring along some timing gear. Is the Nismo faster? If so, by how much?

To find out, watch our head-to-head video above. We won’t ruin the surprise, but as it turns out power definitely isn’t everything.