The Kia Carnival S confines its brief to ‘movement of the people’ and succeeds. Carnival successfully marries handsome styling with luxurious space, which isn’t easy for a base-model people mover.

The Kia Carnival S confines its brief to ‘movement of the people’. Succeeds.

THE transformation of Kia’s Carnival from an unrefined, undercooked misery bus to something genuinely impressive has been so profound it probably deserved a different name. But Carnival it stays, and this time it’s worth paying for a ride.

Sharing DNA with its Sorento platform buddy, the Carnival takes a very different approach to ferrying bodies. It’s much bigger than the Sorento – 335mm longer and 95mm wider, riding on a 280mm-longer wheelbase, meaning you’ll need a McMansion if you want to garage it – yet the Carnival successfully marries handsome styling with luxurious space, which isn’t easy for a base-model people mover. 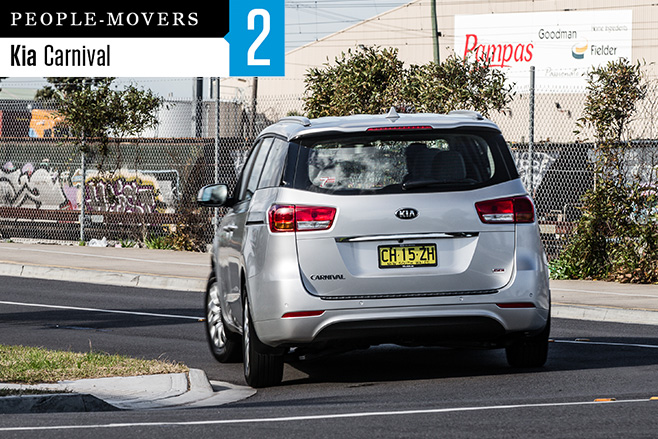 Even the plastic-steering-wheeled, hubcapped Carnival S feels like a limousine. It generously cocoons front- and centre-row occupants in supportive, nicely upholstered individual chairs with fold-down side armrests in the outer positions, while the third row is roomy enough to easily transport two adults, or three if they don’t mind getting intimate. And even with every seat in use, the eight-seat Kia still packs a boot so deep, you could dump several suitcases in there and have room left for the dog.

Surprise-and-delight features abound. A sliding front-centre armrest disguising an enormous bin; ingenius ‘stand-up’ centre-row seats that literally flip to a vertical position and slide forward for maximum entry room; side windows for the middle row that actually wind (electrically) down; reclining backrests in every row. Hell, in the back deck you get speakers, lights, air vents and two cupholders on each side, making it the go-to position for kids trying to escape the family unit. Unlike the rough-riding, poorly packaged Odyssey, this is a proper people mover designed to do exactly what it says on the tin. 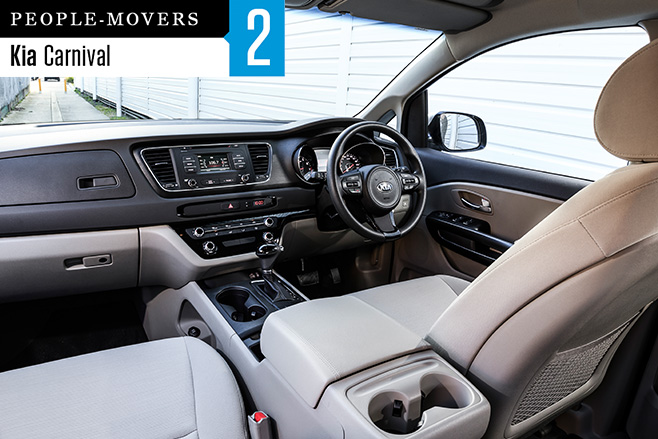 It’s quite calming on the road too, despite missing out on the locally developed suspension tune bestowed on the Kia Sorento. While ultimately lacking in rebound damping and general dynamic finesse – its steering feedback off-centre is like turning through air – the Carnival points with acceptable precision and can be surprising fun to hustle (in an elephant-dancing fashion), so long as you guide it smoothly to prevent ESC intrusion. Flawed as it is, there’s a cohesion to the Carnival’s dynamics that somehow eludes the base Sorento (which tries to come over all sporty, but doesn’t have the footwear to carry it off).

For such a big girl, the Carnival is no slouch. Its 3.3-litre V6 is tuned to offer a bit more grunt than the Sorento’s donk to offset its two-tonne tubbiness, yet the difference between the siblings is negligible, in both performance and economy. 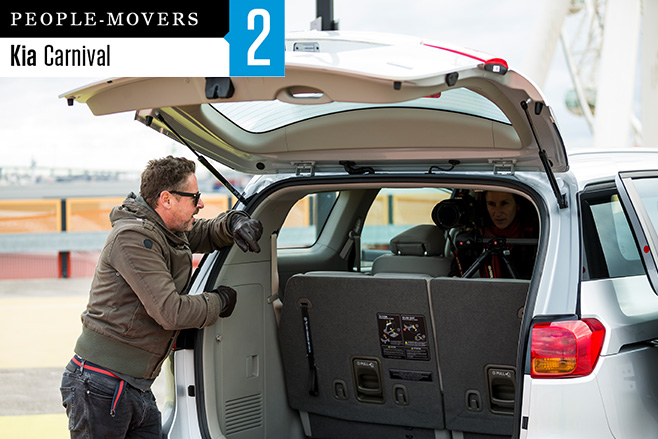 But for all the Carnival’s girthy goodness, its report card isn’t all smiley faces. Without the Sorento’s ‘Drive Mode’ system, the Carnival is left with just one throttle calibration that demands far too much pedal travel on hills, making it feel heavier and slower than it is. And while we’re in nit-picking mode, the same multimedia set-up as a base Rio and the absence of a digital speedo serve as reminders that you’re in the poverty spec, despite Carnival’s refinement and seating comfort doing their best to prove otherwise.

Spending $4K more on an Si with a leather wheel, auto-fold mirrors, sat-nav and tri-zone climate is probably money well spent. But no matter what the spec, Kia’s Carnival is an almost-suave people mover that packs the engineering solidity and amenities to overcome the nameplate’s chequered past.

Any parent out there familiar with sprinting from one child’s sporting event to another will be pleased to know the Carnival can comfortably hold its own in the traffic-light stakes. Foot flat from zero to 160km/h (the old imperial ton) – surely a prerequisite with this type of vehicle – the Carnival is barely a softball mit away from breaching the magic 20-second barrier (at 20.2sec), and is just a second off the pace of the Kluger (19.3sec), Sorento (19.1sec) and CX-9 (19.1sec). Hard-charging award goes to the Santa Fe and Pathfinder (both 18.8sec for 0-160km/h), while the wooden spoon gets passed (slowly) to the Volkswagen Multivan (0-140km/h in 29.1sec!). 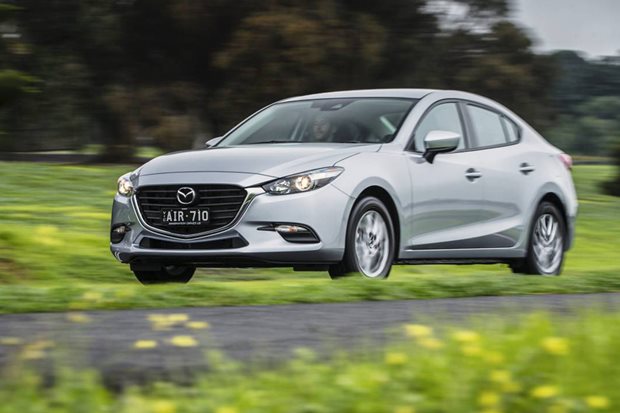 10 ways to protect the resale value of your new car

We present the best advice for car buyers and the 10 best new cars for resale value. 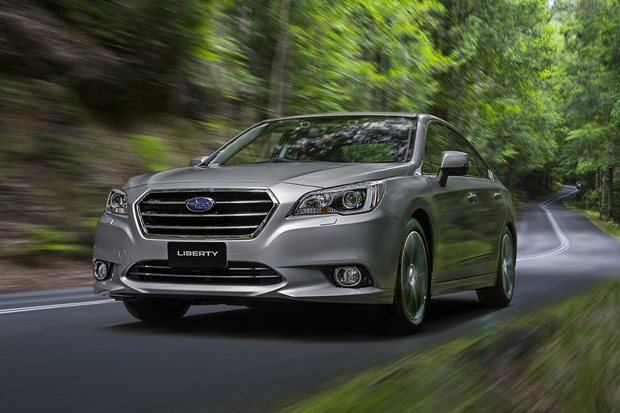 We guide you through the medium cars on sale in Australia that should cost you the least to own over three years.