Some new, very different metal is advancing on the Aussie ute battlefield. 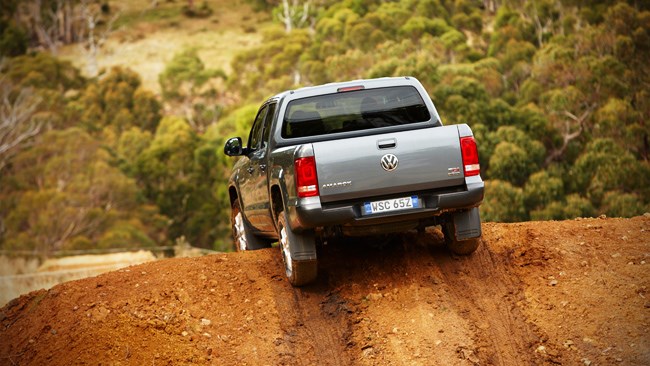 Some new, very different metal is advancing on the Aussie ute battlefield.

Volkswagen’s anticipated all-new Amarok ute may lack the model range or the history to present a serious challenge to the dominant Toyota HiLux, but it does have the size, muscle and refinement to make its presence felt in 4X4 ute sales charts and steal some of the success of current players.

The one-tonne ute category is one of the best-selling segments in the Australian new car market and, until now, has been dominated by the HiLux, Nissan Navara and Mitsubishi Triton, with the Ford and Mazda siblings along for theride.

Volkswagen’s entry to this hotbed is sharp, too, as the Amarok is the only vehicle currently in this class to warrant a five-star ANCAP safety rating.

The utes are also big sellers in other southern hemisphere locales where a robust workhorse is required, such as South America and South Africa, so it comes as no surprise that VW’s new contender is built in Argentina.

Consider also that most of the utes from the Japanese companies come out of factories in Thailand.

The Amarok arrives in Australia with just a double-cab body, a choice of two- or four-wheel drive, two 4X4 systems and four specification levels, but just the one engine and gearbox option. The engine is a bi-turbo 2.0-litre diesel that makes 120kW at 4000rpm and 400Nm between 1500 and 2500rpm, and the gearbox is a six-speed manual.

VW might have trouble convincing many 4X4 ute buyers that a 2.0-litre diesel engine, even one that makes 400Nm, is up to the task of hauling a two-tonne ute around. Add a tonne in the tray or 2800kg on the towbar and the question marks get bigger still.

We only had the chance to drive the Amarok with two people aboard on the launch drive, but at this level it was hard to fault. Its 400Nm is more than the HiLux, Colorado/D-Max or Triton make from their bigger turbo-diesel engines, and is only topped by the Navara’s 450Nm TD4 and 550Nm TDV6 engines.

Many might expect the little VW donk to be highly strung and peaky, but thanks to the three-stage sequential bi-turbo set up, the opposite is true. With the 400Nm peak torque coming in at 1500rpm and hanging around until 2500rpm, there’s plenty of grunt for climbing steep grades and off-road work, so it should be useful with a load on, too. The bottom-end grunt and low first gear (4.82:1) make Amarok quick off the mark as well.

The TDI400 engine has a 5000rpm redline but does its best work down low, so there’s no use revving it much beyond 3000rpm. The normally quiet and smooth engine gets a bit harsh at those higher revs, too, so more reason to keep it low and use the six-speed box to full effect.

Short shifting also keeps the fuel use down. The trip computer on the Trendline Amarok we drove was indicating an 8.9L/100km average when off-road and this dropped to 8.1L/100 once back on the blacktop. Official figures are 7.9L/100km on the combined cycle for all 4X4 Amaroks, which makes for good range from the 80-litre fuel tank.

Volkswagen has isolated the gear lever from the transmission to get rid of the vibration and torque twist at the lever. This works, but I found it easy to get lost between gates when downshifting through the box.

Two-wheel drive is only available in the entry-level Amarok while the Trendline, Highline and Ultimate Amaroks come with part-time 4X4 that VW calls Selectable 4Motion. The Ultimate can be had with full-time 4X4, called Permanent 4Motion. Only the part-time 4X4 system has low-range (2.72:1); full-time 4X4 is single-range only. All 4X4 models have a rear diff lock as standard; electronically activated by a button on the console.

The lack of low-range on the permanent 4X4 drivetrain is the one real disappointment in the Amarok range. Full-time 4X4 gives a huge safety benefit on all roads, particularly in wet or icy conditions.

Permanent 4Motion with low-range was available in the first generation VW Touareg, so why not in the Amarok? VW representatives at the launch couldn’t give exact reasons for this situation, except to say that different markets demand different things from the vehicle, so it believes that offering the two different systems is the best option.

In its defence, the part-time system is easily switched between two- and four-wheel drive on the move using a console-mounted button if you are driving on road surfaces with varied traction. Selecting low-range is just another tap of the button away, but you need to stop the vehicle for it to engage.

Drive the Amarok on the road and you quickly realise that this is a class-redefining vehicle. No other one-tonne ute steers, rides and handles so well, remembering that this is unladen. It’s no sports car, but it feels a long way from a light truck, too. The cabin is quiet and comfortable at most speeds and the ride unfussed by bumps or ruts when you hit the gravel.

Accelerating over corrugations at the apex of a corner will unsettle the leaf-sprung live rear axle, but less so than other utes in the class, and the standard electronic stability and traction control systems keep everything in check. With so much grunt under the right pedal, it’s easy to break the rear end free when in two-wheel drive, so you are best off selecting 4X4 as soon as possible when the sealed road ends. 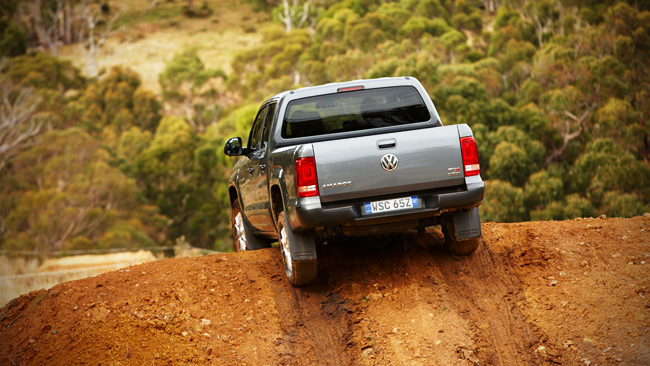 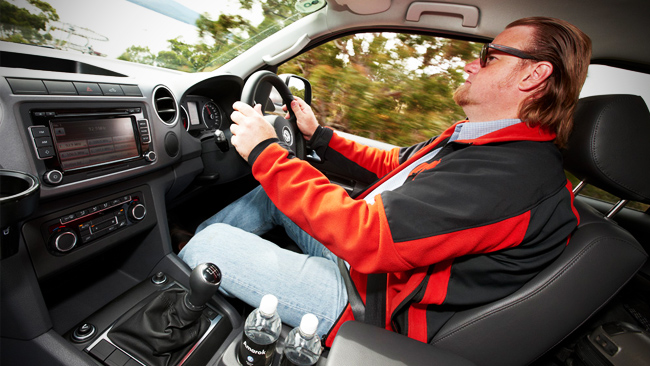 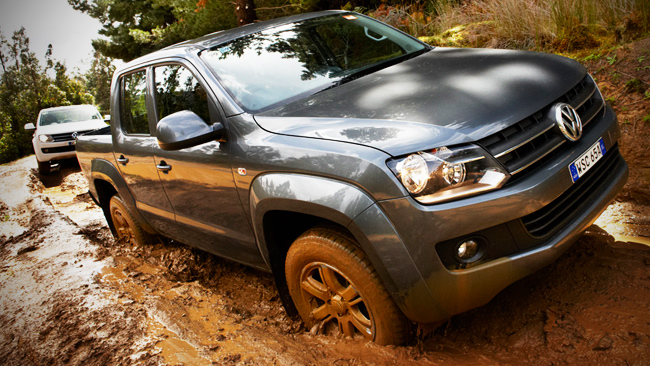