Aussies have adopted the Mustang as their own. V8-powered four-door Falcons have quickly made way for bent-eight Fastbacks – a move made possible under the global ‘One Ford’ program. But which would you have? The XR8 Sprint is arguably the best eight-cylinder Blue Oval product (not including FPV etc) to be made here, while the Mustang ties nostalgia with real talent. 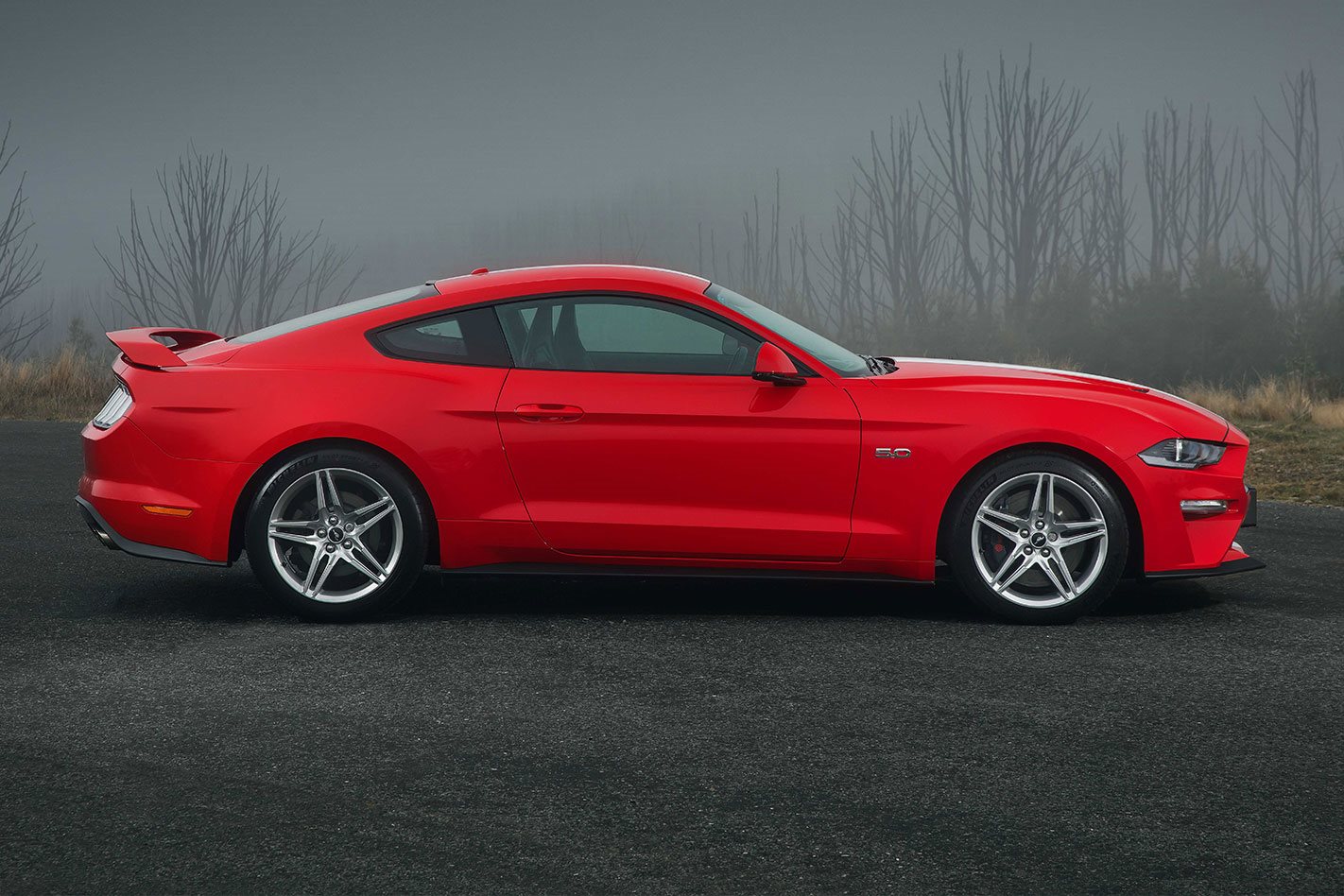 There’s something undeniably grin-worthy about the Mustang GT. It looks good and sounds even better. And it buys into its past without repeatedly slapping you in the face with retro. There’s little wonder initial sales of the FM and FN ’Stangs shot through the roof. So much so that it has often been Ford’s second-highest-selling vehicle behind the Ranger.

You want the V8, too. Yes, you can get a four-cylinder turbo, but the 5.0-litre V8 GT is where it’s at. Bang for your buck is high, with 339kW and 556Nm available from $62,990 when opting for the revamped six-speed manual. It makes a lot of sense if you like to be seen and heard, with the Coyote engine providing ample oomph in the upper reaches of its rev range. The exhaust system has also been retuned to offer a truly sinister soundtrack when you’re up it and a menacing burble on idle. It matches its ‘cruiser’ brief perfectly. 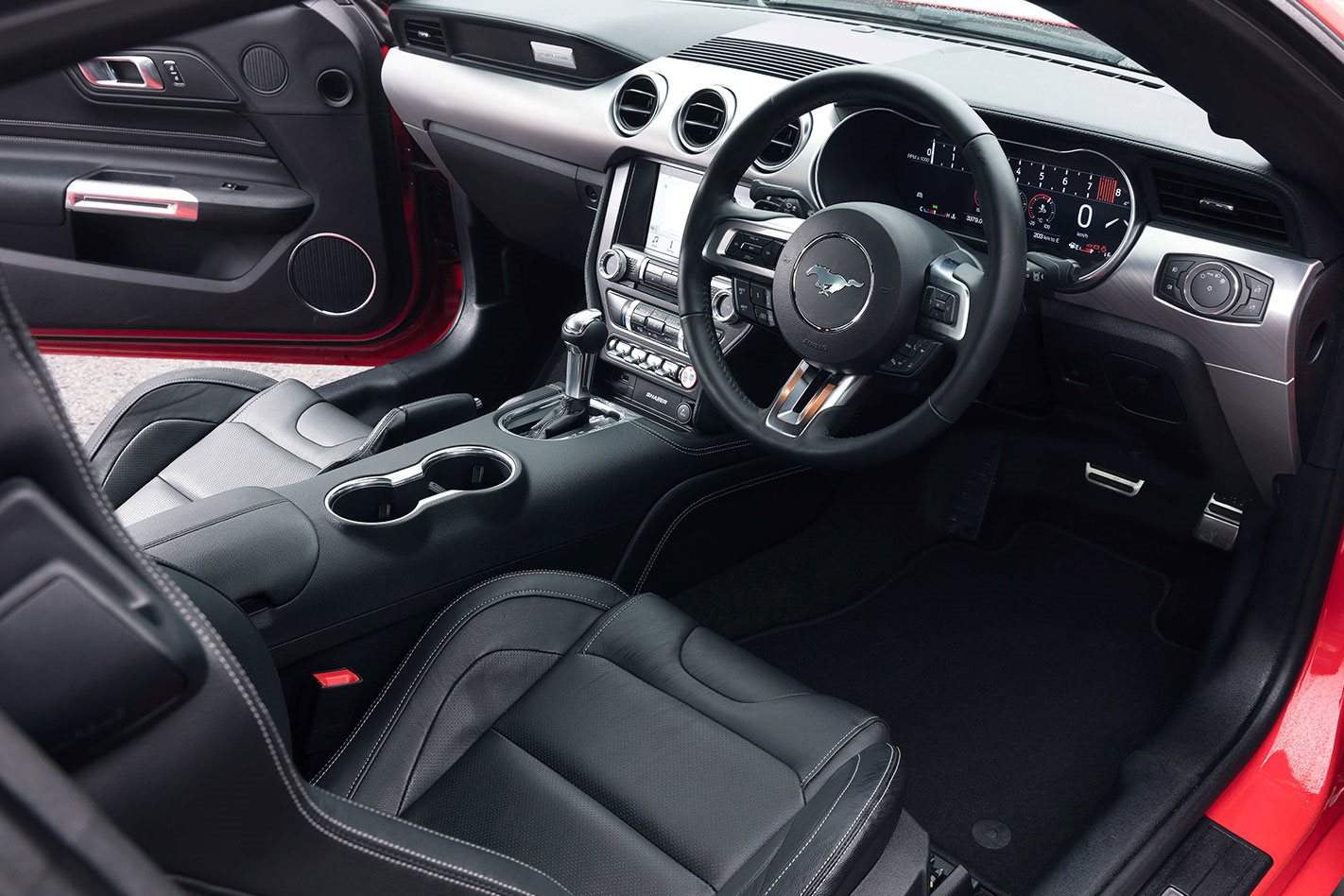 Handling and overall dynamics aren’t its forte at ten-tenths, however. Get it on a track, and even the configurable modes start to annoy. There’s little feel through the wheel, the lack of connection almost exacerbated by the long bonnet, and the brake-pedal is touchy in the extreme. Although to counter, the front-end turns in vehemently and the brakes cut the mustard when called on. Interestingly, the 10-speed auto is somewhat overhyped. Luckily the slick-shifting manual more-than steps up to the mark with a purposeful shift action – it’s engaging to use. 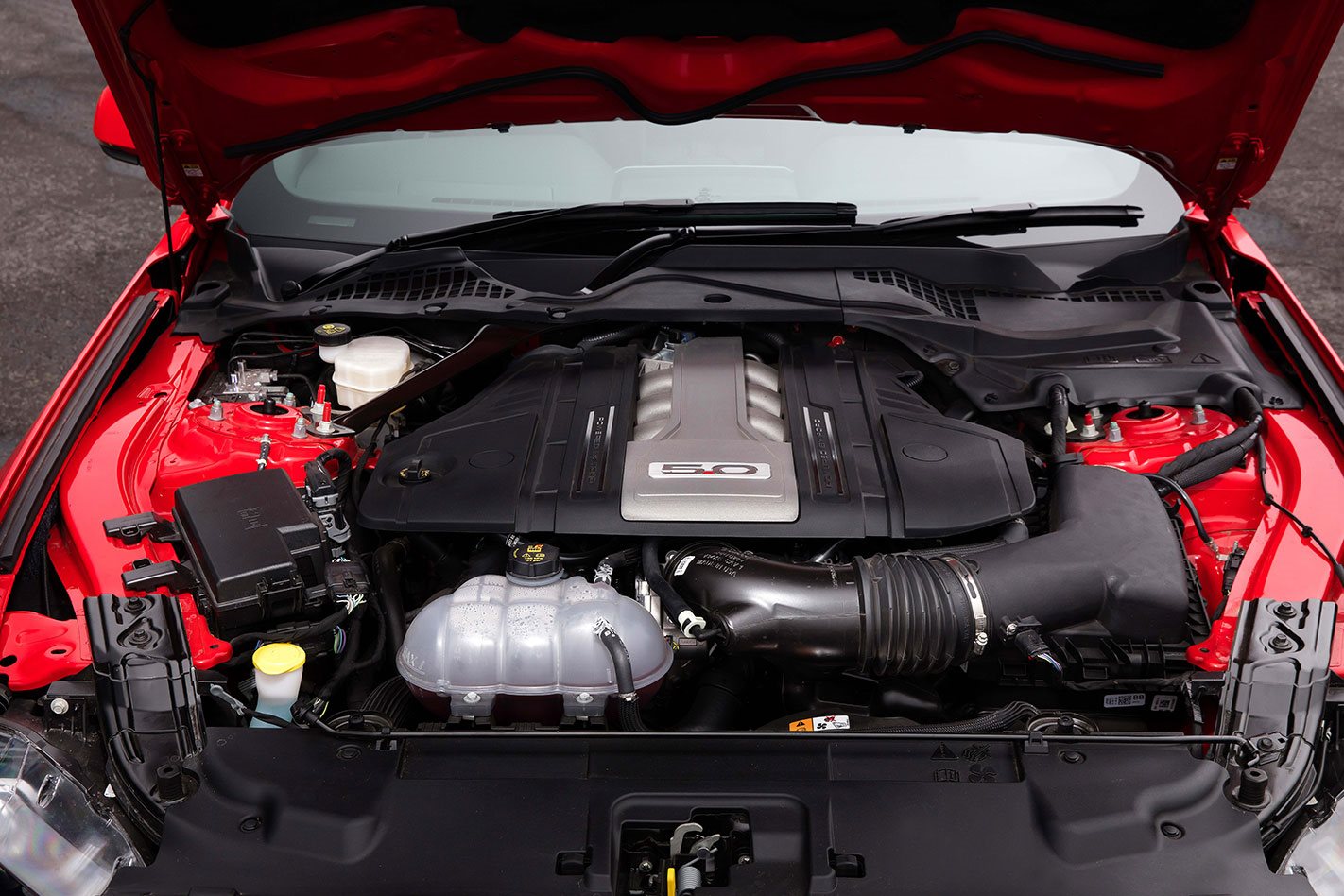 Inside, the quirky-retro bar is raised and it isn’t as well resolved as the exterior design. However, the mid-life update brought serious improvements to quality of the fit and finish and the materials used. The optional Recaro seats are a must if you want added support and bolstering, but you do lose seat ventilation over the standard pews. The rear seats are, for the most part, just token gestures. You wouldn’t put adults back there – unless you didn’t like them. No, the Mustang is to be enjoyed as a two-seater coupe, windows down chasing the sun along a coastal road. 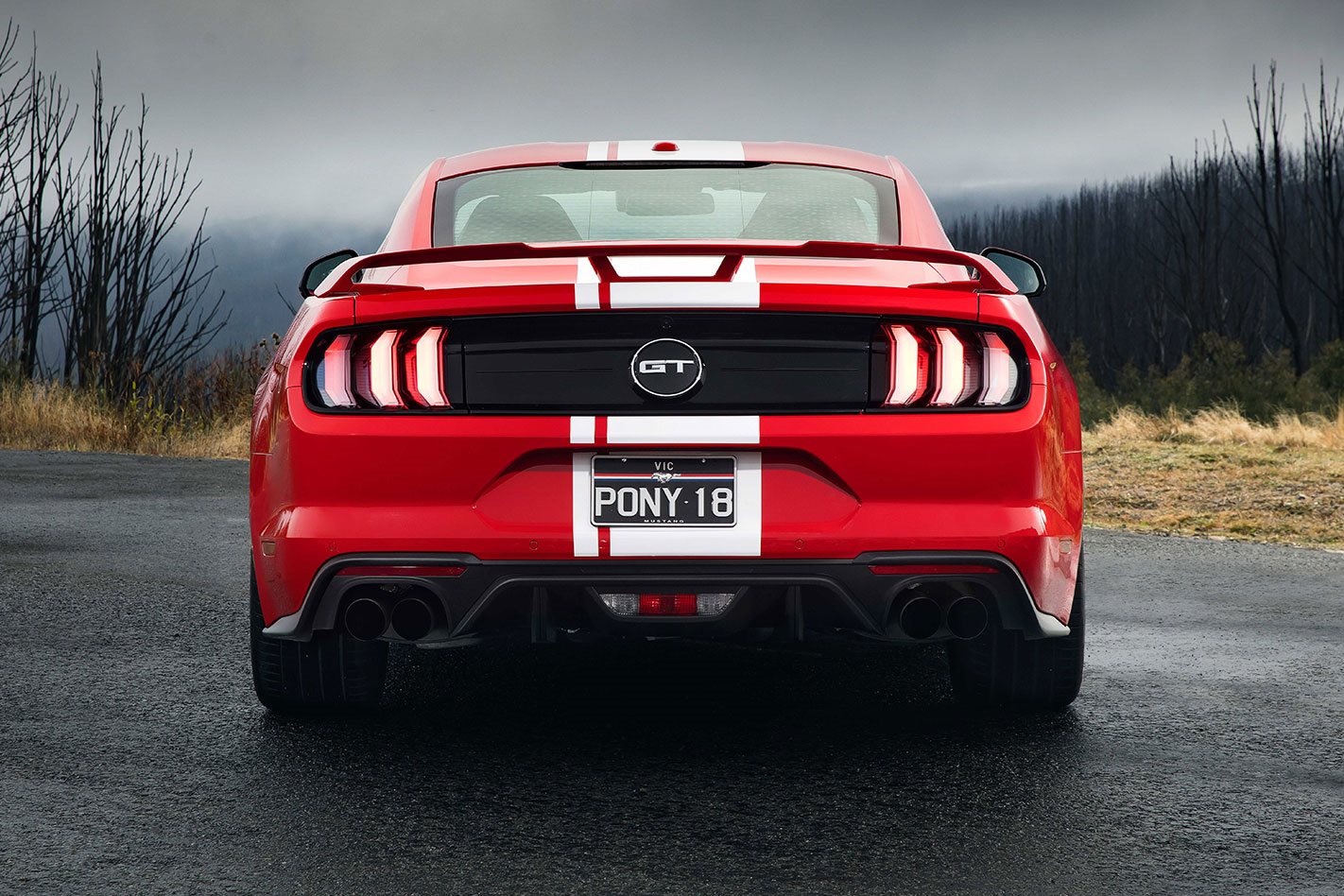 The Mustang is an easy car to live with. And ultimately, the GT’s presence doesn’t write cheques its overall ability can’t cash. Anyone who buys a Mustang GT won’t be disappointed. 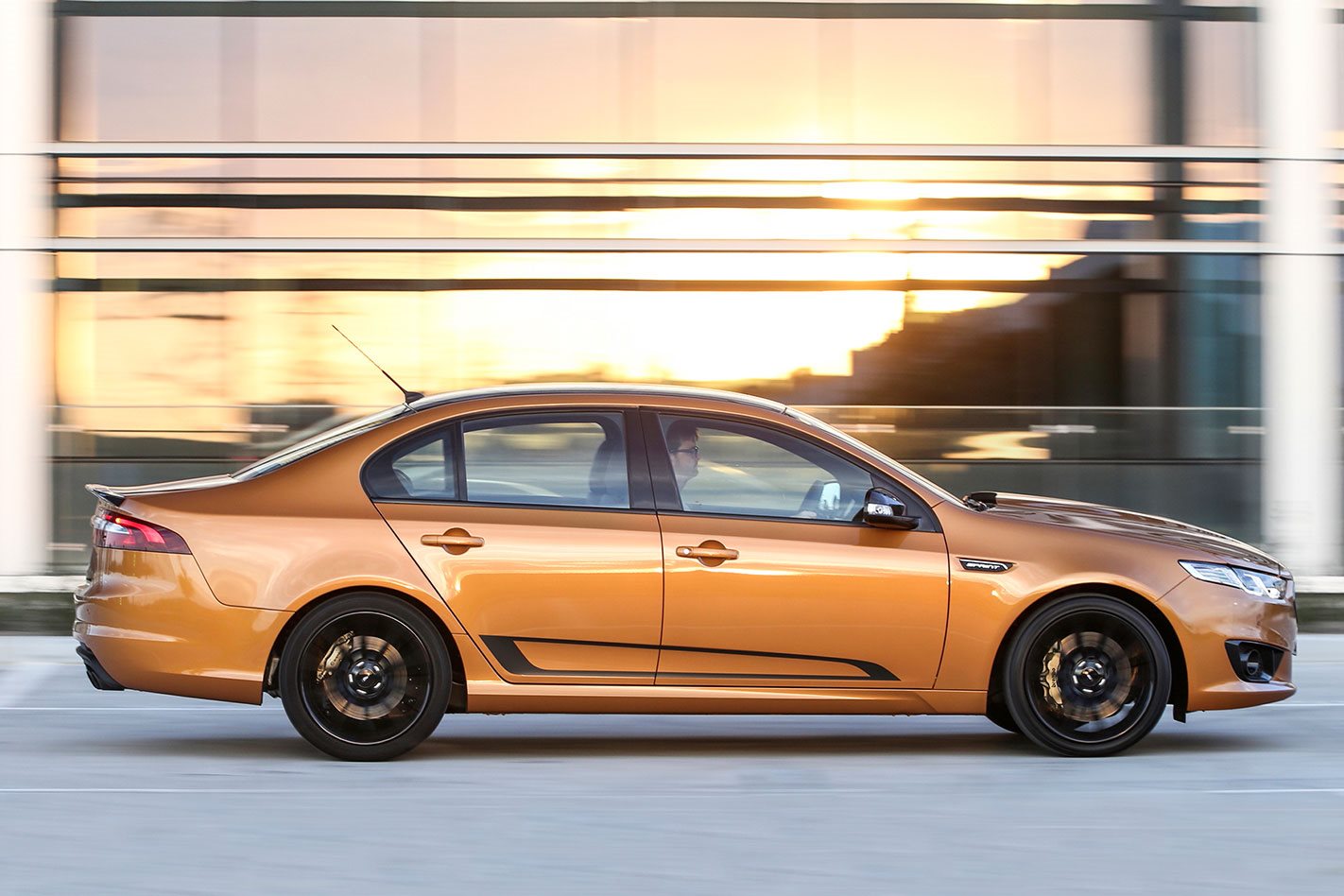 The fact the XR8 Sprint exists proves Ford cared right up to the death knell. The production budget was meagre, but the heart was big. The supercharged Miami swansong produces an XR8 with GT-killing performance and on-paper figures of 345kW/575Nm. Those numbers swell to 400kW/650Nm with a transient overboost function. In either guise, the Sprint is 1872kg of tyre-frying goodness.

In Wheels’ farewell drive, we managed to hustle the Sprint to 100km/h in 5.24 seconds, go on to a quarter-mile time of 13.1sec and a terminal speed of 183km/h. Not bad for a heavy ‘taxi’ – something those in the Red brigade love to call the Falcon. Both a six-speed manual and a ZF six-speed automatic are available, with the latter being quicker down the strip. 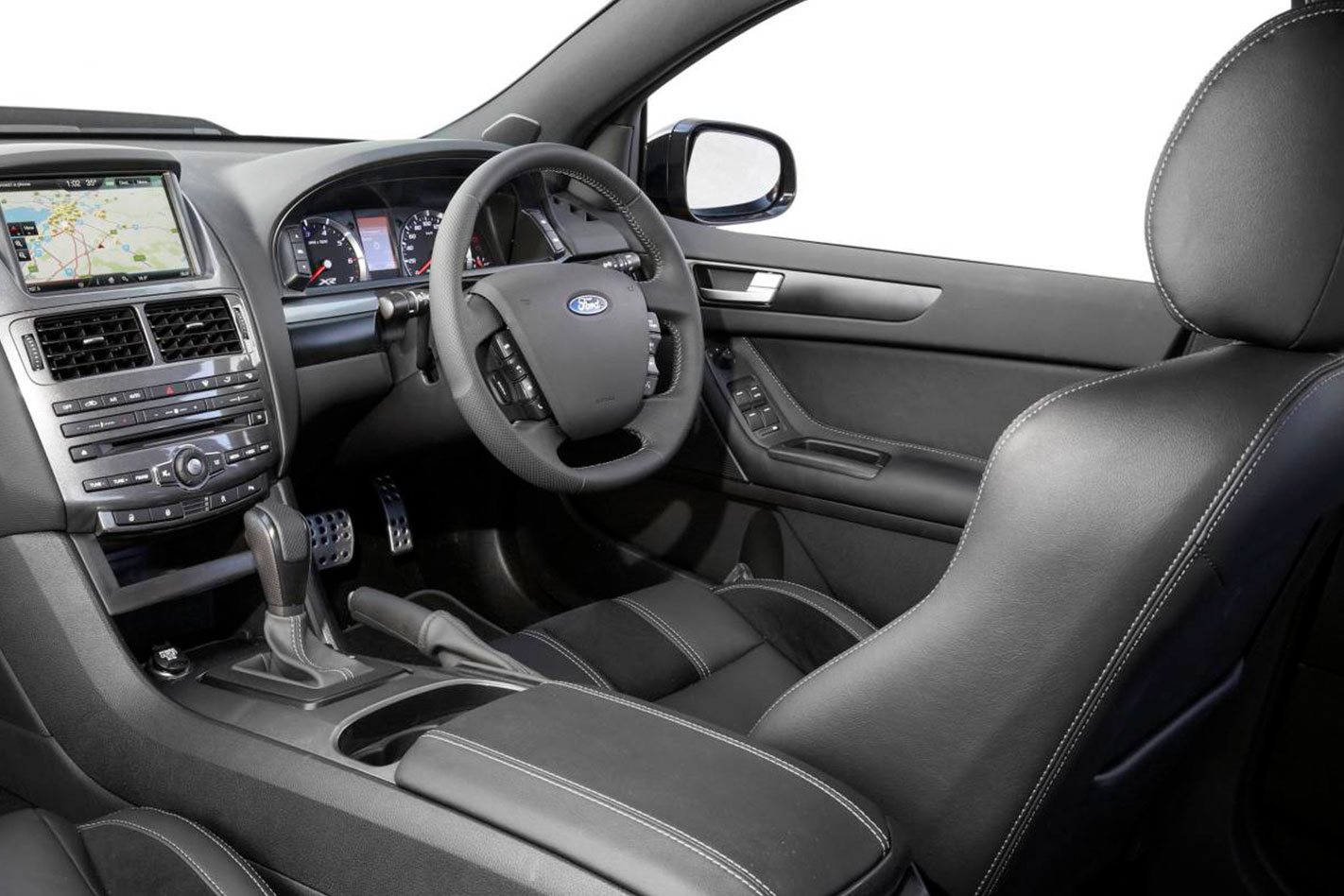 Despite being a big, fast four-door, the Sprint cossets with a compliant ride and loping nature Aussie buyers are so accustomed to. Dips, undulations and crater-sized potholes are handled with aplomb. What it doesn’t do well is harness and utilise the immense power on tap. Ford tried with tweaks filtering down from the final GTs, but you get the feeling a bigger budget and access to a more extensive toolbox would have reaped dividends. It fries its rears like America does its food. 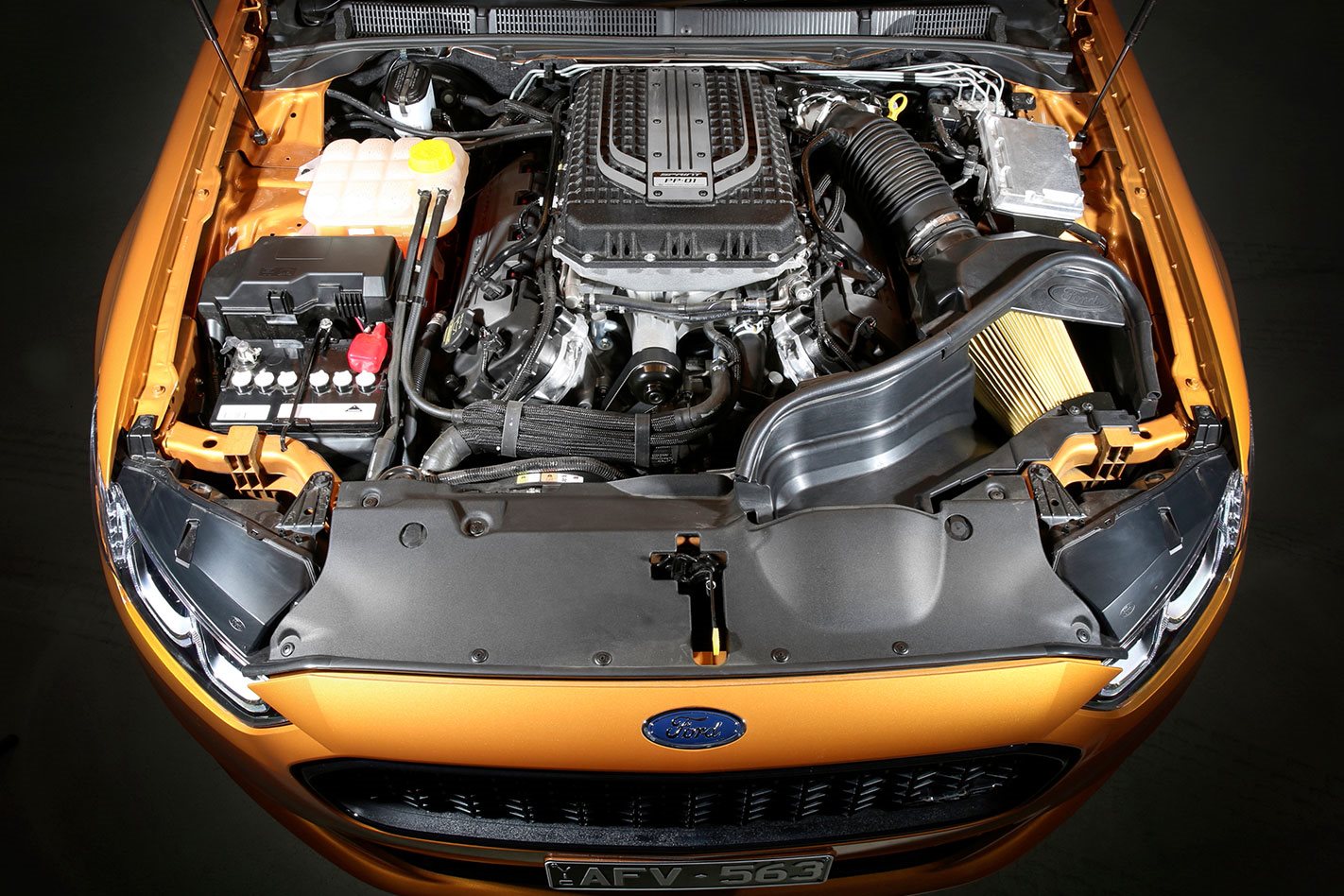 However, the biggest sign that the Falcon’s stay of execution was up is inside the cabin. The dash design is years old mutton dressed as lamb and the technology only just clung onto the modern features of the time with the SYNC infotainment system. And even that stuck out like a Gen Y sore thumb, with the 8.0-inch touchscreen manipulated into the existing dash. The awkward driving position remained, too.

Yet, the beauty of a full-size four-door is a spacious interior. And the Falcon certainly affords that front and rear. Head and legroom is generous all-round, while there’s plenty of cupholders and places to put things. The boot offers a space-saver spare and a cargo capacity of 505L. Heaps of room for a weekend trip to Bathurst for the family or with mates and an esky. 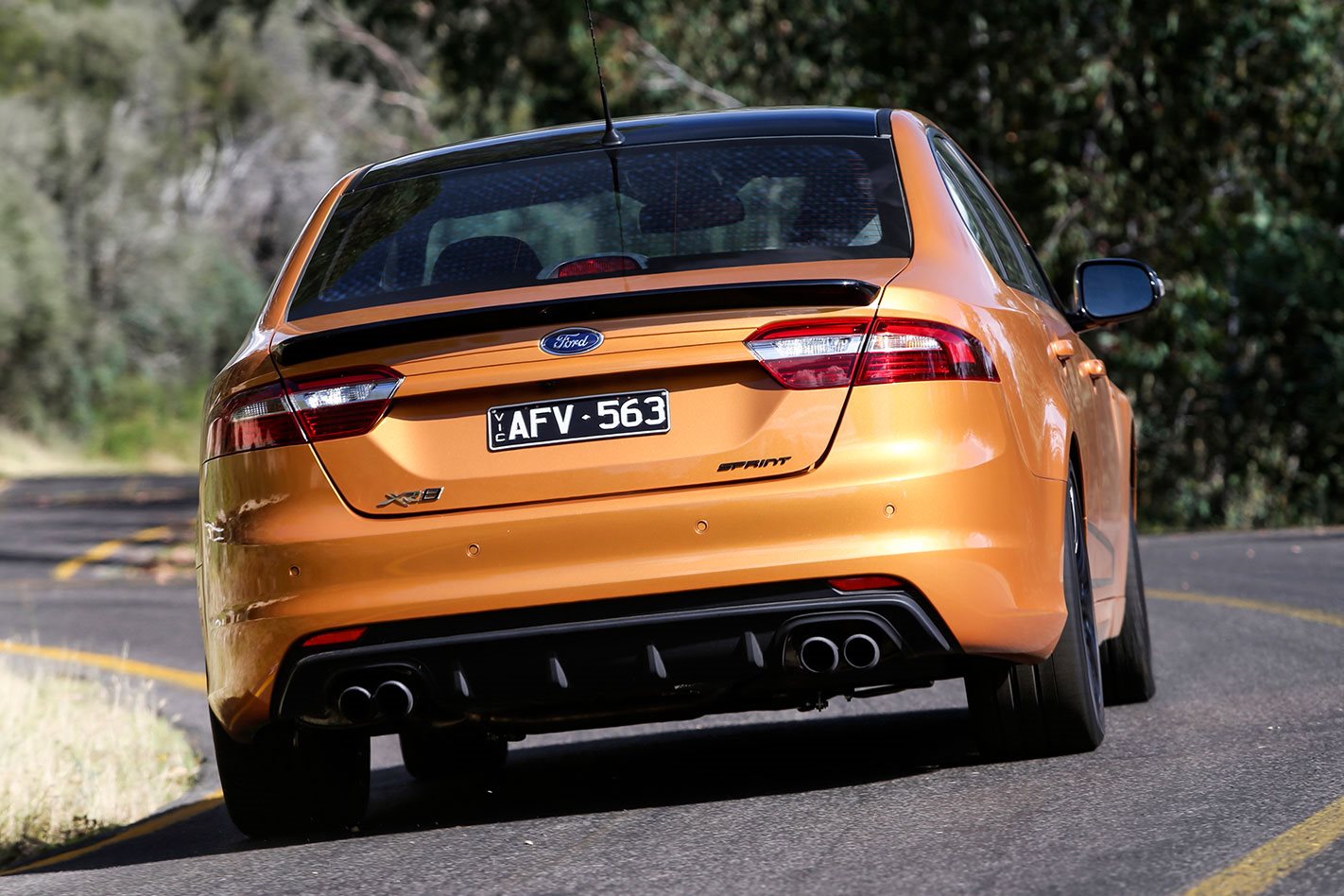 The XR8 Sprint came with a $59,990 sticker when new. However, prices are already ramping up on the second-hand market with figures as high as $90,000 for low-kay examples.

I own a Falcon – a 2010 XR6 Turbo manual, to be exact. So forgive me for favouring the big Falcon over the American import. It’s such a shame there wasn’t a lot of money left in the kitty to do something truly special with the Sprint. Yes, it got all the horsepower, but not a great deal to harness it. I know first-hand that the seating position is frustrating. It might not be the better car, far from it, but it is the one I’d want to keep coming back to. It has a feel-good factor too hard to ignore. And if I’d been able to get my hands on one at launch, it might well turn out to have been a good nest egg, too.

I don’t think I’ve ever driven a car that highlighted a greater disparity in talent between engine and chassis than the Falcon XR8 Sprint. It was truly, genuinely inept in the way it tried to marshal all that 400kW/650Nm on overboost. The most entertaining aspect of the Sprint was staving off boredom on long journeys by switching off the traction control and using the engine to match the music on the radio. You could pretty much play note-perfect songs as the rear tyres cremated themselves, forward velocity utterly unchanged. I’ll happily admit that the XR8 Sprint is a better buy than a Mustang V8 if you’re looking towards future values, but a better car? I’m not having a bar of that. The Mustang feels at least a decade more advanced than the FG X, is far more competent on a challenging road and won’t make you flypaper for ferals. It also doesn’t feature a steering wheel that sits in your lap, speakers that benchmark those of a McDonald’s drive-thru for audio quality and a clunker of a manual gearbox. Sorry, Australia, but the last of the fast Falcons only served to illustrate how far behind the curve the car trailed.

When I joined the Wheels team, Australian manufacturing was already well on its way to being gone forever. The Falcon had mere months left before it shuffled off the mortal coil, so to remember the Aussie icon, Wheels gathered every generation together for a family portrait at Ford’s You Yangs proving ground. It was a fantastic celebration, and one I’ll cherish being a part of. At the end of the day, then Deputy Editor Inwood threw me the keys to an orange pre-production XR8 Sprint. The next day was spent blasting along some of Victoria’s best driving roads in a true blue Aussie muscle sedan. The Sprint has its foibles, mainly the high seating position and aged interior, but on that one glorious day, it was the only car that mattered. Because of that, it’s the Sprint for me. No contest. 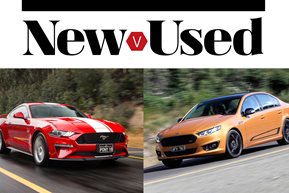