AEB is not the safety net you may think it is

A US study has revealed significant variance in the effectiveness of autonomous emergency braking (AEB) systems.

Reckon autonomous emergency braking will make fender-benders a thing of the past? Think again: a US study has discovered not all AEB systems are created equal, and none will keep you away from harm a hundred percent of the time.

The results showed that systems designed to minimise the effects of a crash only reduced speeds by an average of 40 percent. During tests with a starting speed of 48km/h, these systems managed to avoid a collision a third of the time. At 72km/h, those systems were only able to successfully avoid an impact 9 percent of the time. 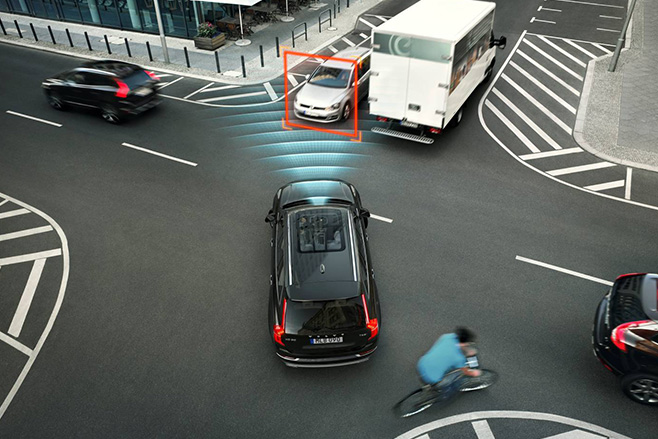 Meanwhile, AEB systems with a higher speed threshold clamped their brakes harder and achieved an average speed reduction of 79 percent during the AAA’s study. For those cars the 48km/h test resulted in a successful crash avoidance rate of 60 percent, though bumping the starting speed up to 72km/h saw that figure drop to just 40 percent.

If the AAA’s test is any indication, then even the most sophisticated and capable AEB systems still won’t yank you away from disaster without fail. Considering 68 percent of people polled by the AAA believe autonomous emergency braking systems are designed to avoid accidents altogether, the test results should be a wake-up call to a great many motorists.

SO WHAT IS AEB ANYWAY?

At least 13 manufacturers sell cars in Australia with some form of autonomous emergency braking, some offering it as standard equipment while others list AEB as a cost option. Be warned, however, for “AEB” is a blanket term: manufacturers each have their own methods of making their cars brake by themselves.

Subaru bundles its AEB system with its EyeSight driver assistance suite, which uses a pair of stereoscopic cameras and some sophisticated software to generate a three-dimensional picture of what’s on the road ahead of the car. 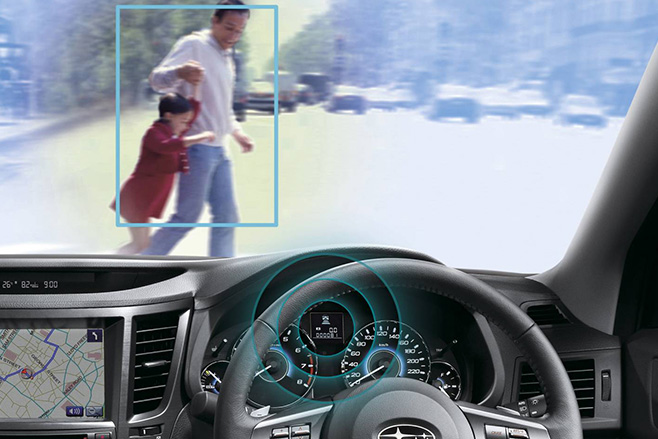 In addition to being able to detect pedestrians, adjust the cruise control to match traffic and noticing when the car is straying from its lane, EyeSight’s AEB feature also functions from 1km/h all the way to 160km/h and is programmed to avoid an impact.

However, being a camera-based system it can be rendered ineffective by harsh weather or light conditions (such as when driving directly into the sun), as well as a dirty windscreen.

Mazda’s AEB system comes in two guises, unhelpfully marketed under two near-identical names. The most widely available is Smart City Brake Support (SCBS), which is standard on all models in the Mazda3, Mazda6, and CX-9 ranges and is active at lower speeds (between 4km/h and 80km/h in the Mazda3). SCBS uses a laser sensor (mounted in the top of the windscreen) to detect obstacles, and aims to avoid collisions rather than mitigate damage.

High-end variants of those models gain Smart Brake Support (SBS), which uses the car’s dedicated front-facing radar unit to enable it to see up to 200m ahead – much further than the laser used by SCBS. Radar is also less susceptible to interference from atmospheric conditions like fog and rain, unlike lasers.

However while Mazda’s AEB systems will supposedly keep your bodywork intact in an emergency stop, other systems don’t explicitly claim a similar capability. For example, Honda’s Civic VTi-LX sedan is equipped with AEB as standard (marketed as Collision Mitigation Braking System), however Honda says it will only “mitigate the severity of an unavoidable accident” rather than avoid an impact outright. 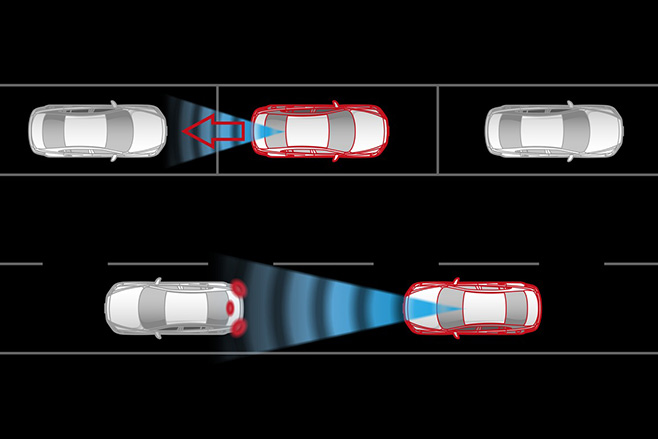 Merely having an AEB-equipped car doesn’t grant you immunity to rear-ending the car in front of you.

At the upper end of the market, Audi uses a camera-based AEB system on its Q7 and A4, and claims it’ll reliably prevent a rear-ender at speeds up to 40km/h while minimising impact severity at speeds up to 85km/h.

BMW, like Mazda, offers two levels of AEB tech. BMW Driving Assistant is the most basic and the most available, being standard across the bulk of its passenger car and SUV range. As a camera-based system its detection range is more limited, and will only slow the car – not stop it – if it detects an obstacle between 10km/h and 60km/h.

Driving Assistant Plus is the more capable version of the system, and uses a radar unit to give it a longer detection range. Able to work from zero to 210km/h, Driving Assistant Plus will also bring the car to a complete halt if necessary. It’s optional on most models, though is standard on 6 Series, 7 Series, and the M and M50d variants of the X5 and X6.

ANCAP and several motoring clubs have called for AEB to be made mandatory equipment on all passenger cars sold in Australia. A noble pursuit and one that would likely have a positive effect on road fatalities, however the motoring public of Australia must be aware that AEB is no substitute for an alert driver.